HJC design is a product design and manufacture consultancy based in yorkshire, UK. the industrial design theory behind the ‘FPS gaming controller’ has been driven by the studio’s holistic design approach which integrates target user insights into the product design strategy. this user-centerd design approach ensures that product’s are optimized for usability, technical performance and aesthetic desirability.

user research identified six types of gamer profiles, ranging from professional to novice gamers. the specific aspects of each user profile and existing controllers were mapped relating to their gaming needs on an aesthetic and functional scale. this process identified a clear gap in the market for competitive and enthusiasts gamers; who are predominantly male 15 – 35 year old Xbox 360 gamers who mostly play first person shooter. 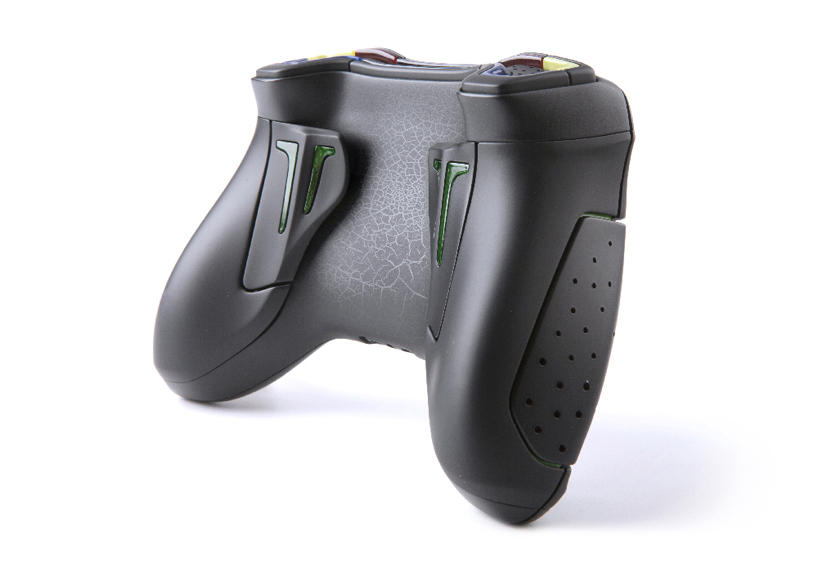 user feedback from face-to-face interviews and online forum comments made it clear that enthusiast gamers demand a higher performing solution than the standard Xbox offering. the most important controls for majority of games are the analogue sticks, especially with first-person-shooters, where both sticks are used in tandem. video analysis of gamers’ hand positions highlighted that users constantly have to remove the thumbs from the analogue sticks to activate the other control buttons. this causes micro-second delays which leave the gamer unable to aim or have control of movement, greatly impeding performance. further issues with the standard controller include a slow button reaction time, an unresponsive d-pad, and a general lack of grip due to excessive wear on the analogue stick. 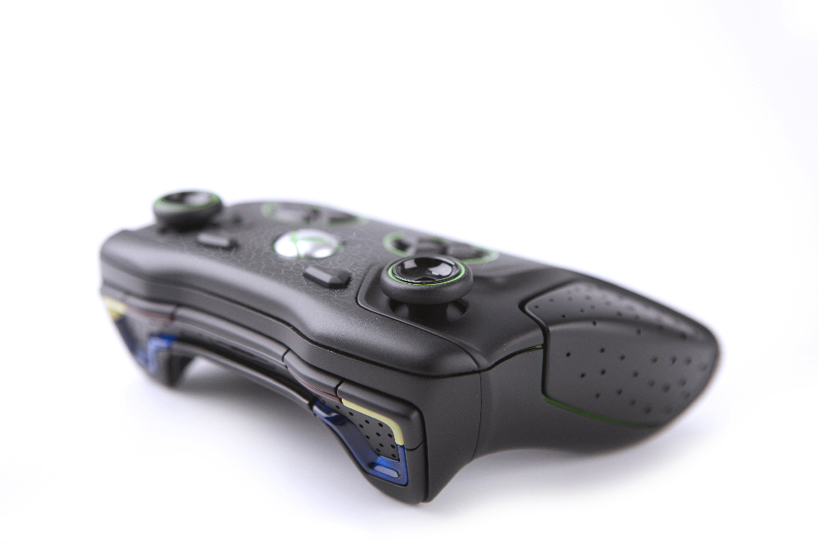 gaming forums were full of user comments demanding the freedom to setup a unique button configuration and layout for the key controls. professional gamers want a simple button interface with the ability to activate multiple controls and customizable sensitivity. the majority of gamers like to play with high aiming sensitivity for rapid movement. however this can compromise performance when precision control is needed, e.g. with long range sniper controls. currently there are no controllers on the market which satisfy this user need without disrupting game play.

gaming sessions can cause excessive discomfort, leading to serious repetitive strain injuries. the affliction would be significantly reduced if the majority of hand sizes within this user demographic were properly accommodated for. the right analogue stick is not in the primary position for first-person-shooters, causing some users to stretch significantly further with an unbalanced grip. poor quality materials in current products lead to perspiration which compromise grip and performance. 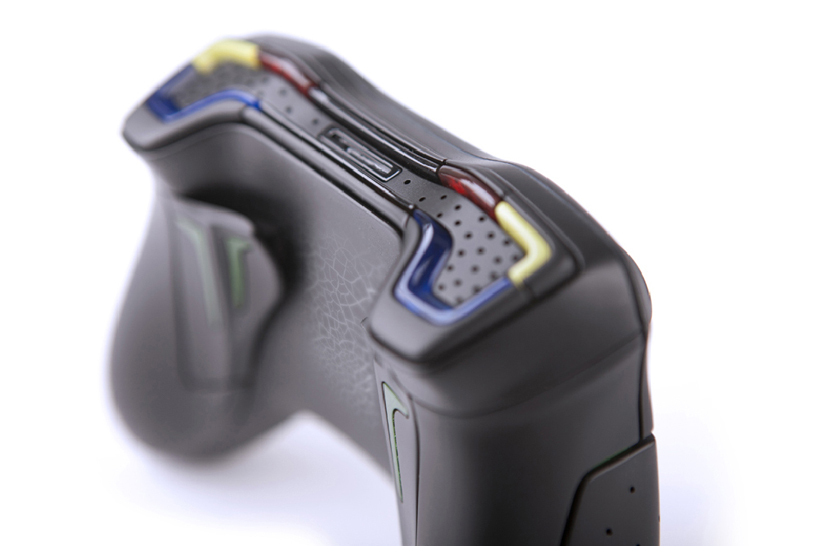 signal interference at tournaments and LAN matches heavily affect the performance of wireless games controllers. gamers have also complained that some controllers feature low quality wire and connector interfaces, which get damaged easily during transit. market research further identified a demand for personalizing the color scheme of gaming hardware to tie in with existing gaming setups. 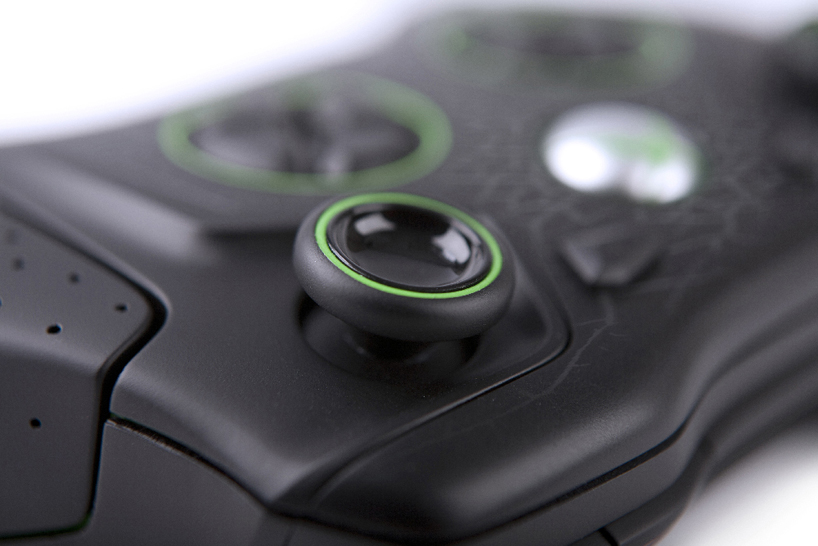 every control is accessible without having to release the analogue sticks. this eliminates the micro-second delays between activating different buttons, allowing simultaneous activation of any button combination. the physical resistance of each analogue stick is adjustable to meet the users preferences. button mapping allows the users to customize the location and function of the key controls. different configurations can be stored which can be quickly selected by the user, altering the button layout and settings allowing the controls to remain constant across games. the D-pad has individual directional buttons eliminating unresponsiveness, and a unique visual balance is created by the position of the analogue sticks and control pads. customizable trigger sensitivity and short-throw buttons increase responsiveness and minimize debounce, whilst the backlights can be set to show the current layout. the in-game aiming sensitivity can be manipulated by squeezing the side panels, allowing greater flexibility without pausing the game. 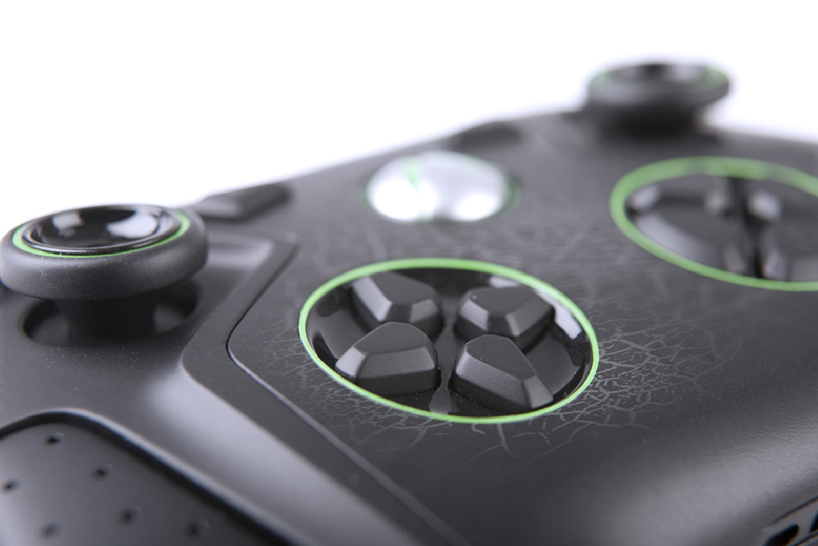 both analogue sticks are ergonomically positioned to prevent any discomfort during prolonged gaming sessions, while adjustable side panels accommodate for the wide user demographic. key contact points feature high grip surfaces with ventilation holes to reduce perspiration and guide the user’s hands into the optimum gaming position. a full color spectrum of LED’s allows the button and body lighting to be customized so gamers can match their team colors or existing gaming set up. the controller also features a detachable braided cable to prevent any wireless interference and increase robustness. 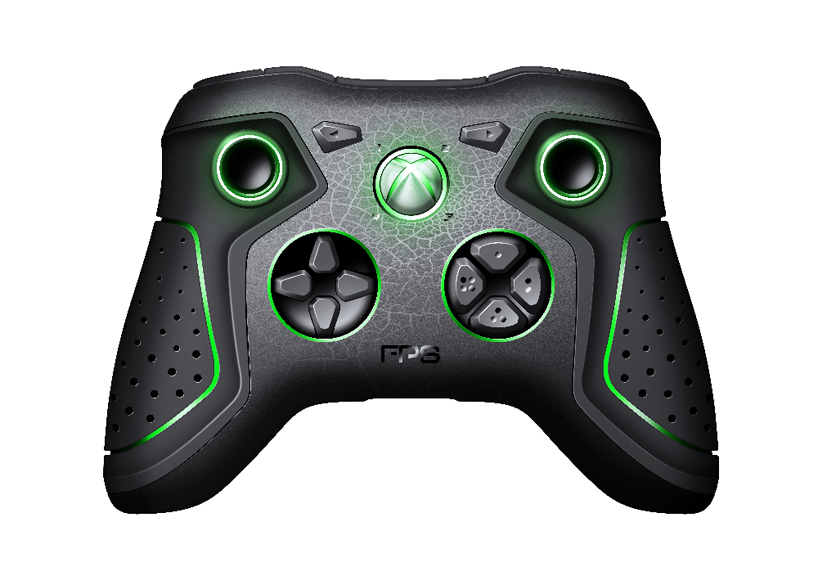 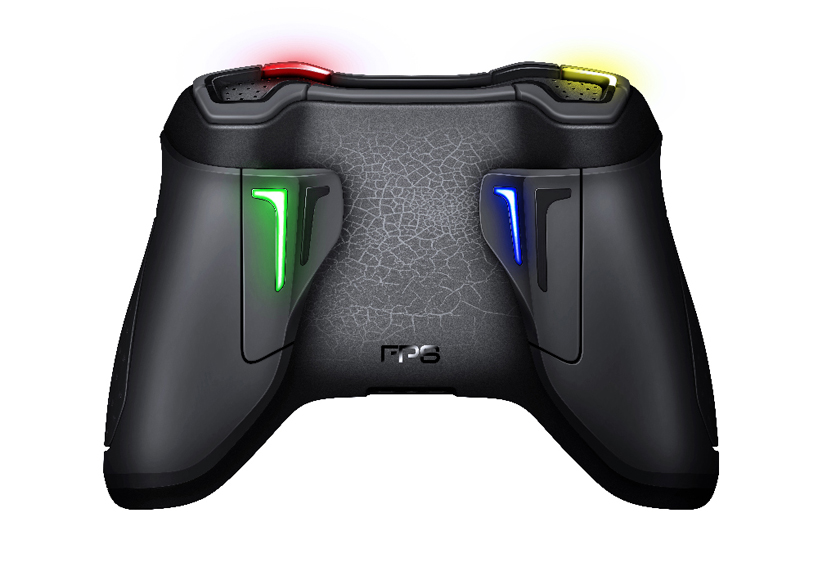 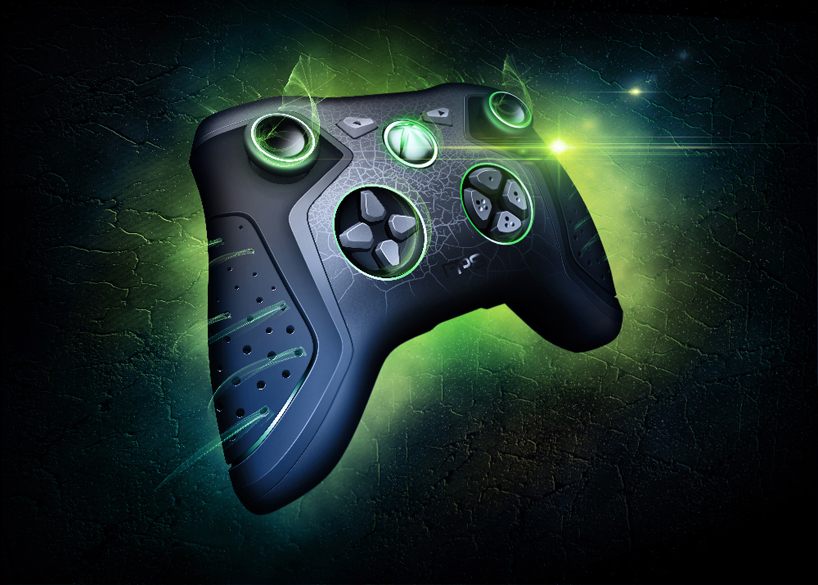 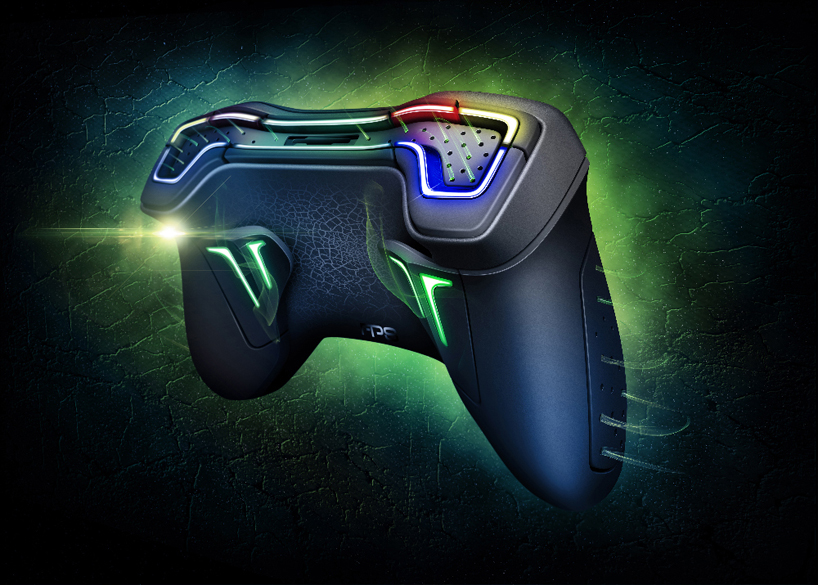 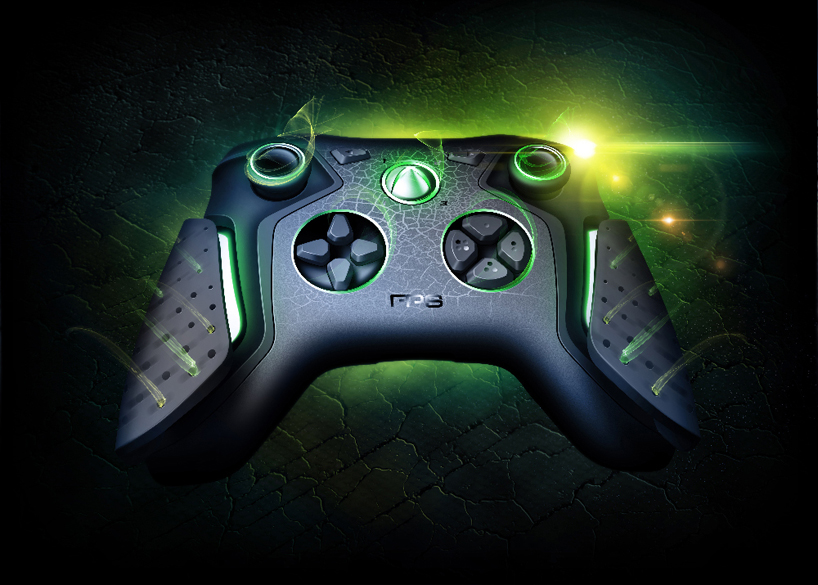 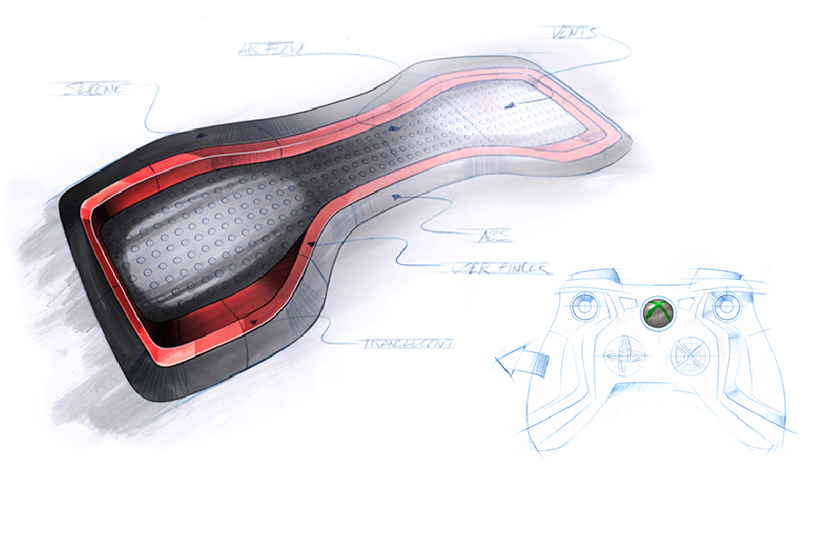