‘lanterns along the water’ by goldraum architects

this project is one of the honorable mention award winners for the 2011 seoul public design competition designed by goldraum architects. the competition was sponsored by the seoul city government which solicited designs for “public facilities that citizens encounter in their daily routines, including sculptures, recreational and sports amenities.” this proposal called: ‘lanterns along the water,’ envisions exciting new public spaces following seoul’s urban waterways. the design is inspired by the restoration projects along the cheonggyecheon and other streams, as well as the continued development of bike and walking paths located next to city’s waterways. highways and public transit follow seoul’s streams, and the columns that support this infrastructure rest either in or next to the water, creating a dynamic relationship between nature and the man-made.

hundreds of kilometers of bicycle paths have been constructed along these waterways over the past few years and are becoming increasingly popular with seoul’s citizens. these paths offer an alternative to traveling through busy traffic, and allow the opportunity for people to reconnect with nature amidst a dense urban setting.

the ‘lanterns along the water’ are situated next to the bike paths following the city’s streams, and seek to create resting places that encourage relaxation, gathering, and festivities along these vital pathways, while simultaneously promoting the identity of the streams within their local districts. the brightly colored lanterns create a lively atmosphere, while softening the impact of the existing highway infrastructure on the natural environment. the lantern platforms satisfy contemporary needs by providing wifi and electricity, but are inspired by the age old tradition of gathering at the water’s edge to eat and relax.

the proposal consists of a series of lanterns and platforms, which are to be mounted to existing highway columns. the lantern component gives each stream a distinct identity through color and matches the established seoul color for its particular district. the lanterns are made of water resistant teflon coated fabric, typically used for tensile structures, and the structural spiral framework is stainless steel, which hangs from a ring mounted to the existing column. each spiral has an integrated lighting element, which lights the fabric in a dramatic way at night. an attached photovoltaic panel powers each lantern and produces enough electricity for each platform to power small electronic devices such as speakers or laptops. each platform and lantern unit is attached by using a steel compression ring, which can be modified to connect to different column profiles and diameters. the platform and lantern structure is designed to be completely removable, and will not damage the existing columns. 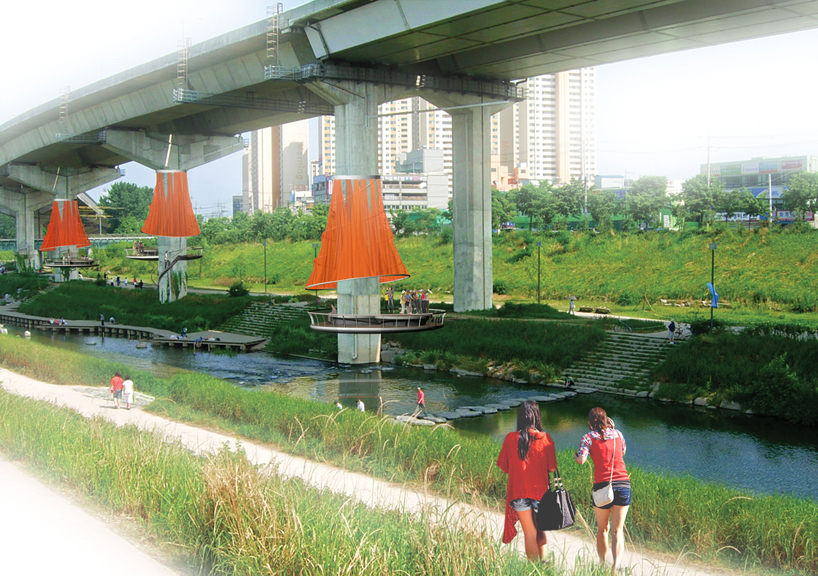 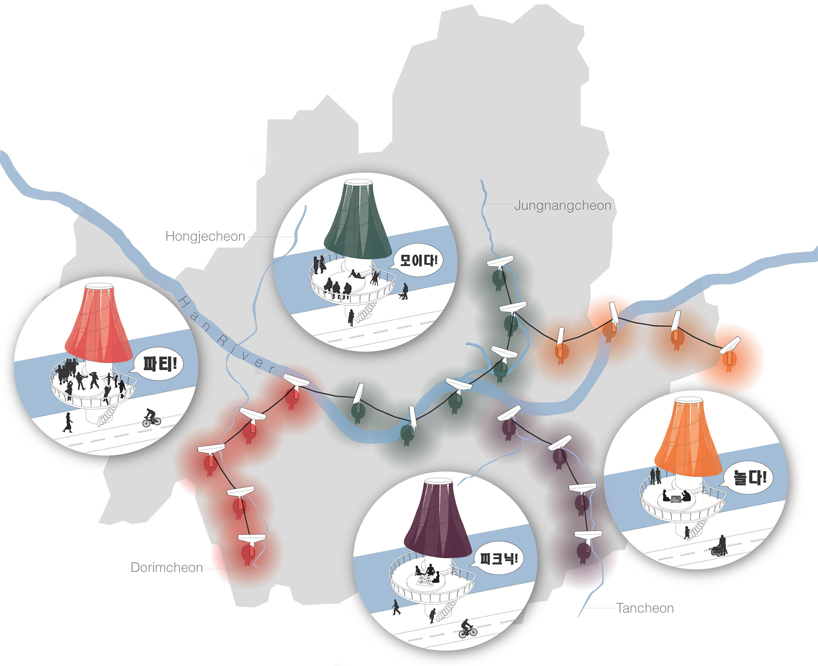 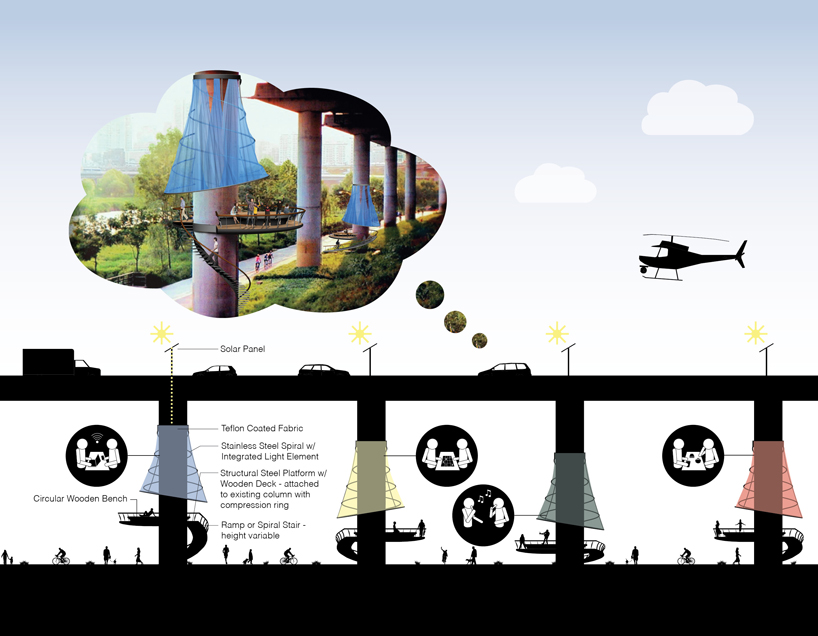 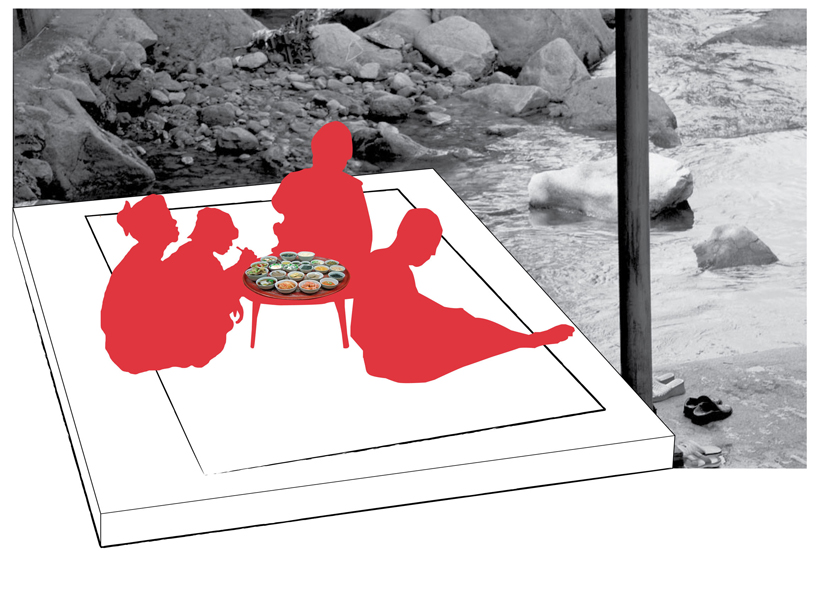 families by the waterfront 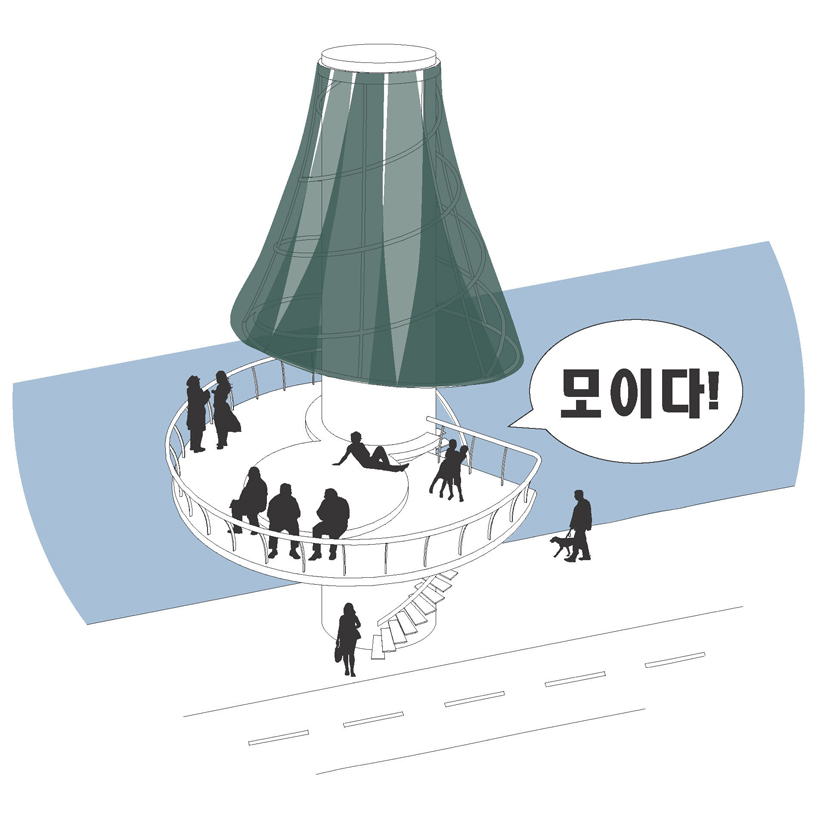 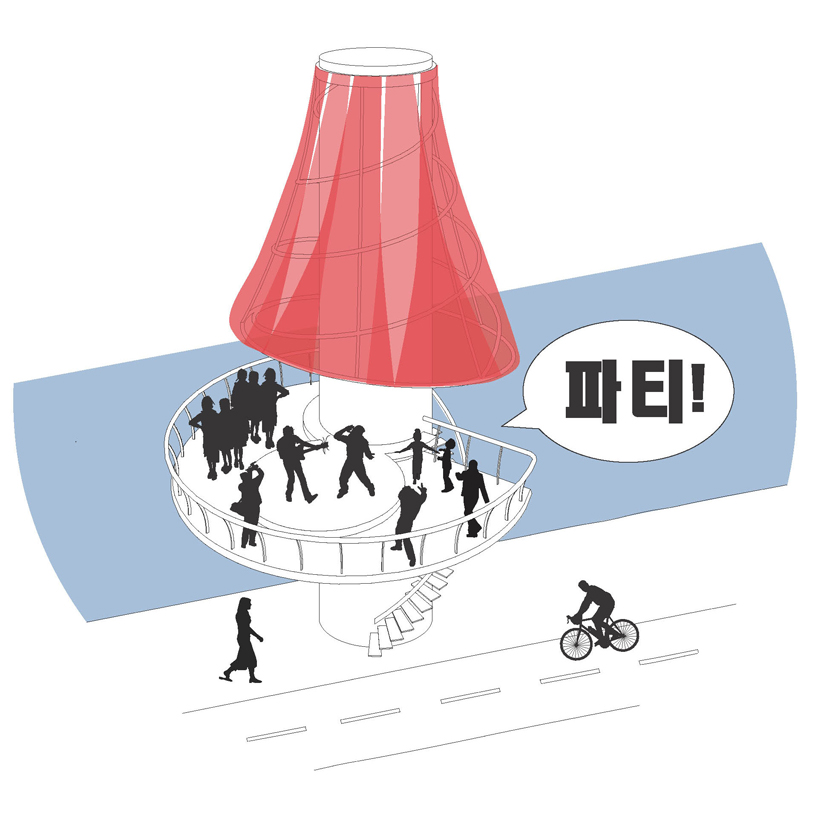 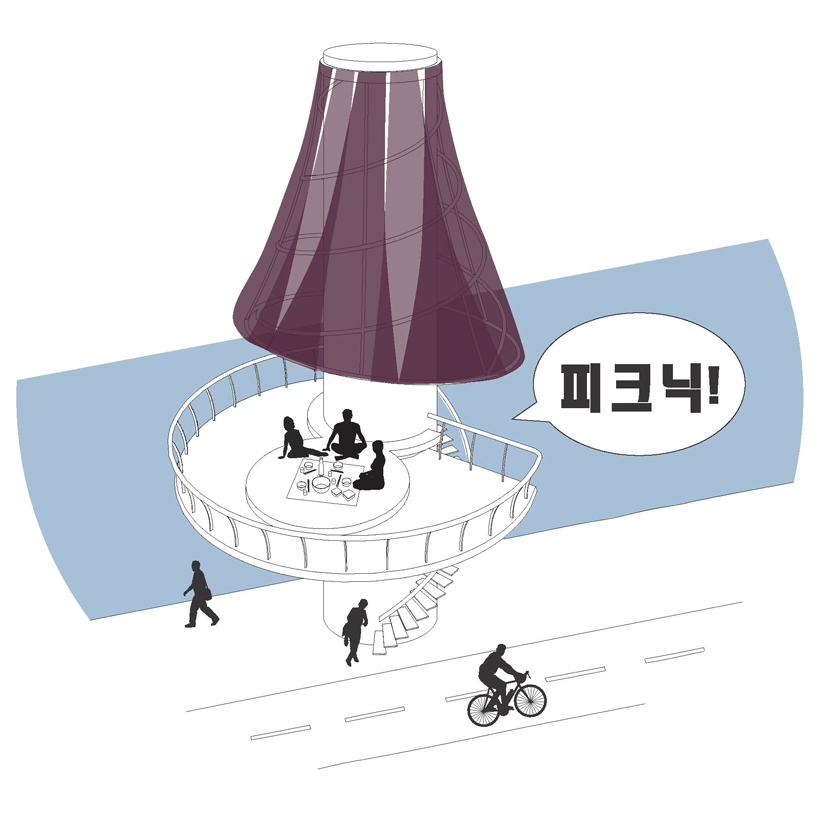