japanese designer hiroki takada creates ‘chandelier of prayer 2011’, designed for the prayer of revival from a great earthquake disaster. the piece is made from many origami cranes and piano wire. each bird is folded from plastic paper, the weight of which creates a curved connection, resulting in a balanced form. at the center, the light is made with one LED electric bulb. the crane was chosen, as traditionally it is given to a japanese patient to aid in recovery from illness, and to grant a long-lived wish. 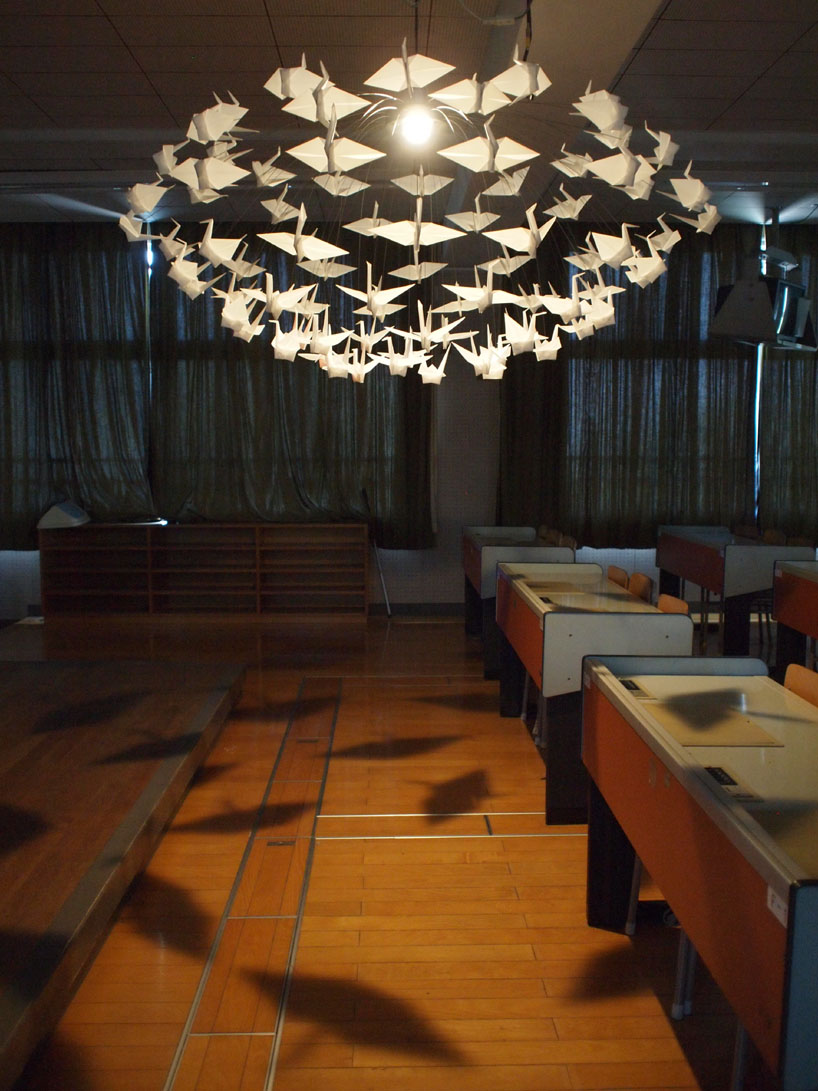 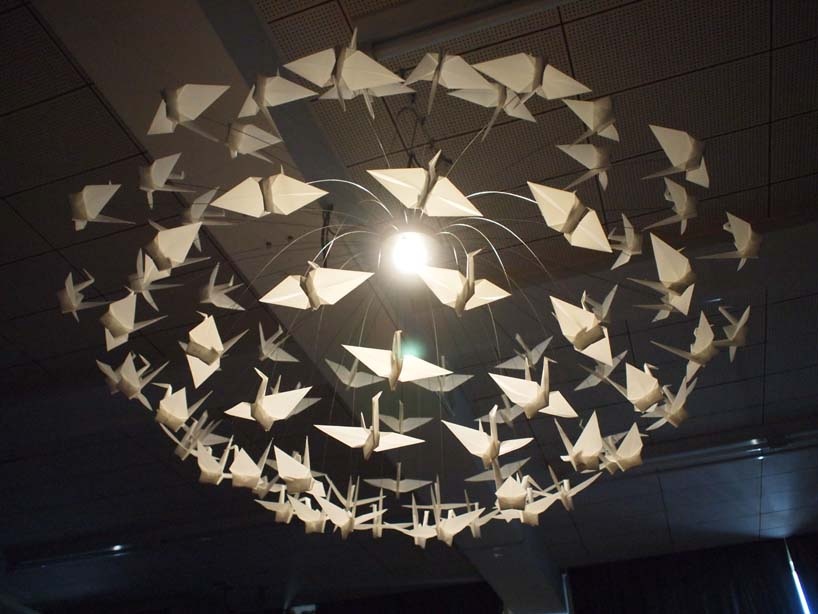 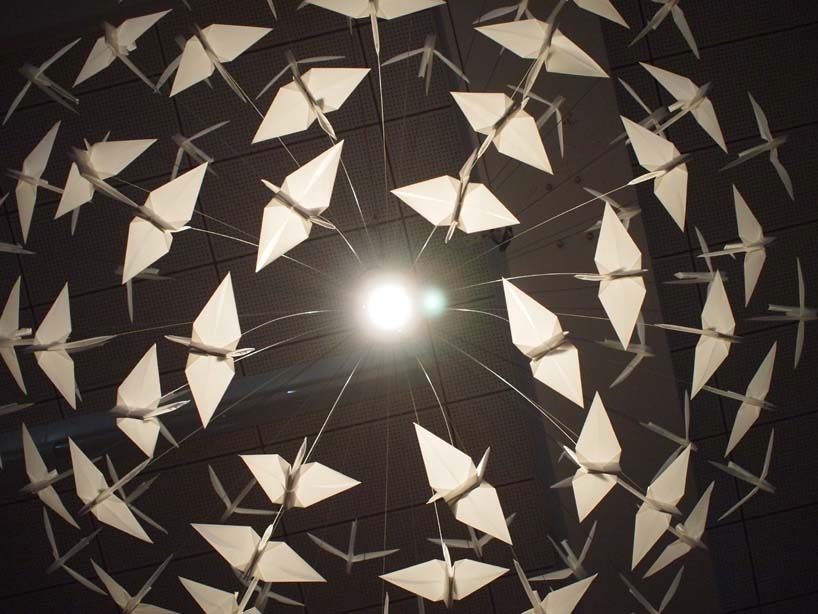 the origami seems to float 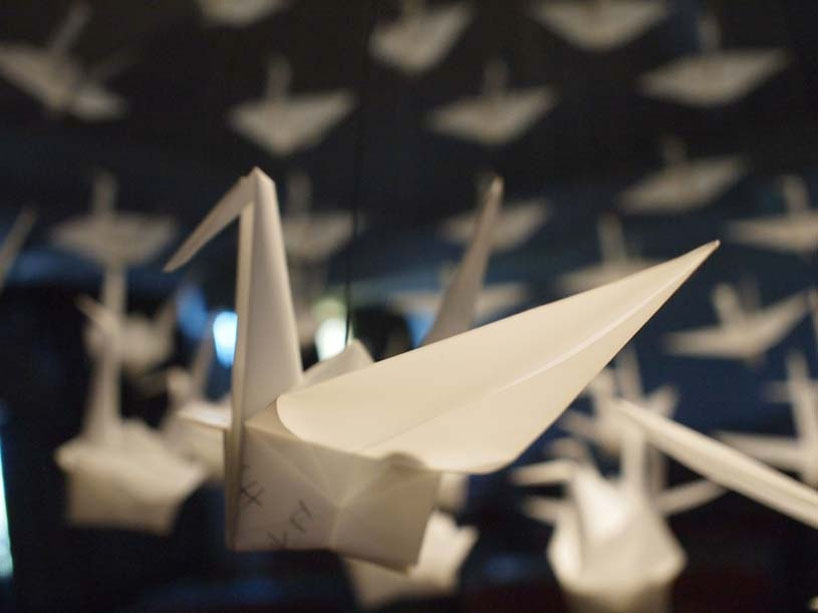 a message is written on the origami of each 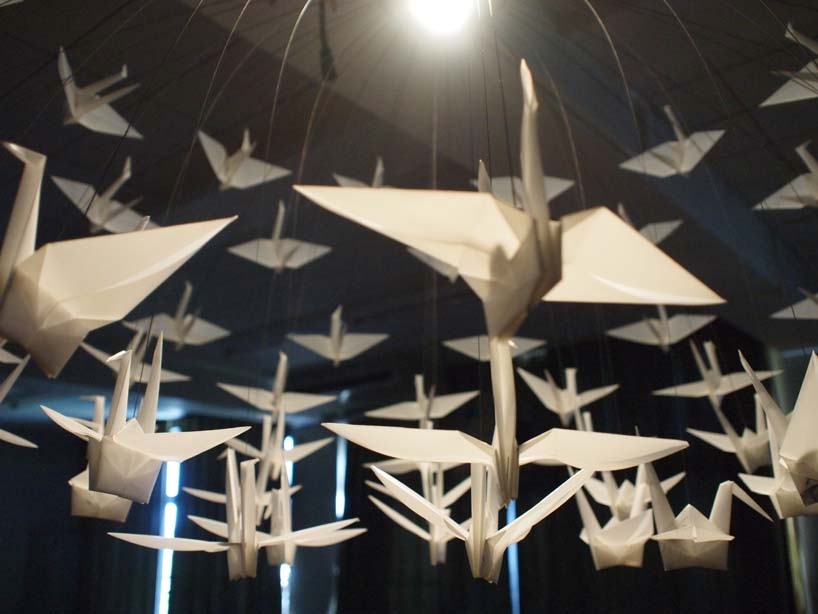 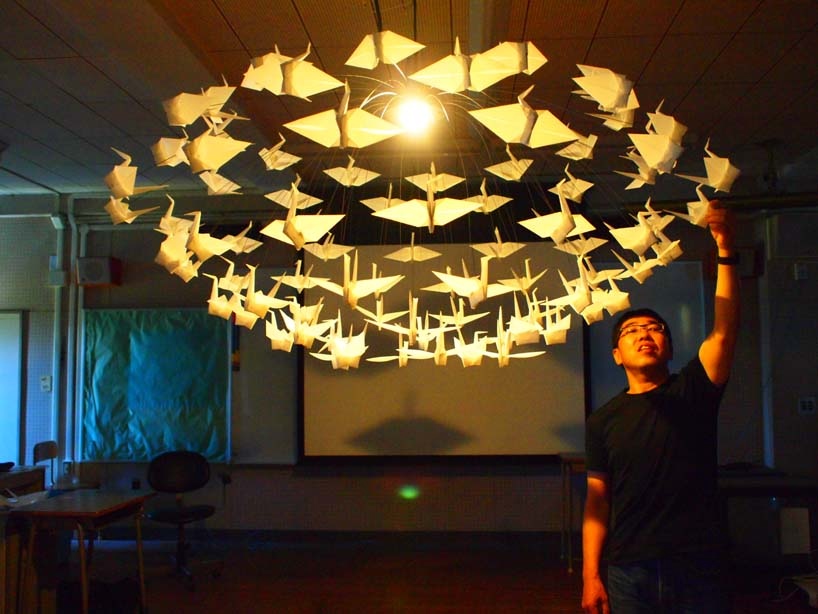 “chandelier of prayer 2011” with designer 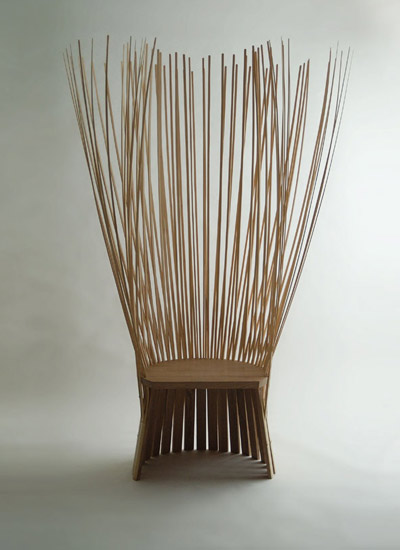 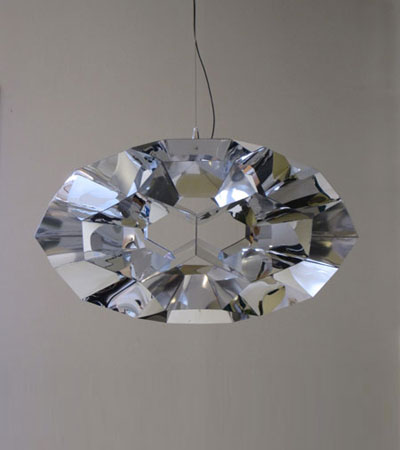