‘hyperion’ is a lamp prototype developed as part of a series of different scaled spotlights which emphasize the beauty of mechanical components and their inner workings–breaking the conventions of how a product should look or function. with this three-legged anthropod-like lighting object, paul heijnen tries to celebrate its robotic features, allowing one to manipulate it so that it can either kneel down on the ground or stand erect.

the design, which takes its name from the titan of good light, is made from CNC cut oakwood profi deck (a wood-plastic composite) and hand assembled. displayed at the museo bagatti valsecchi in milan until april 30th in the rossanna orlandi curated exhibition–which also includes new works by nacho carbonell (see designboom’s feature on the spanish designer’s pieces presented during milan design week 2013 here)–a full-scale 6m steel version of the spotlight is projected for completion within the year. 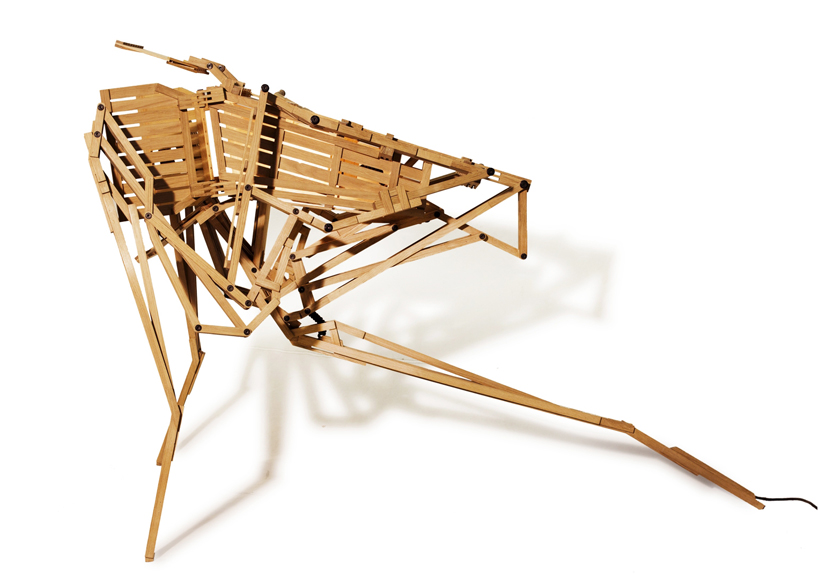 the anthropod-like creature celebrates the mechanics of a product 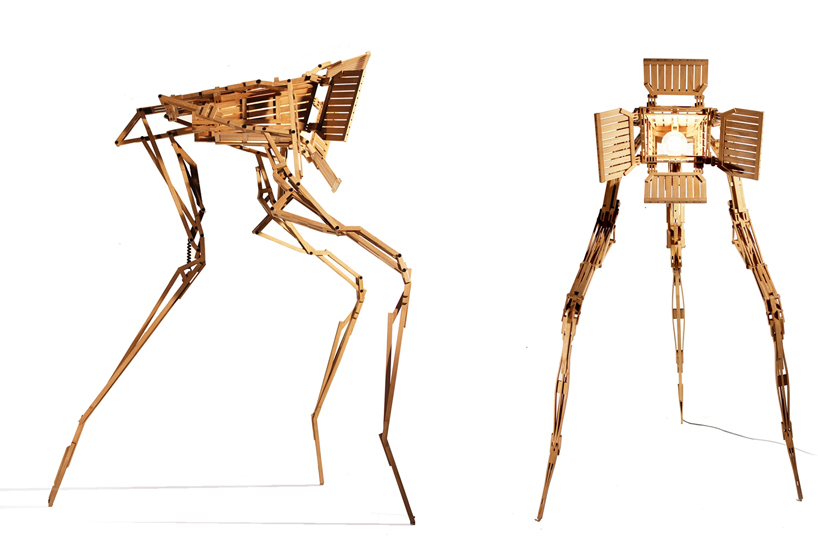 alternative views of the spotlight 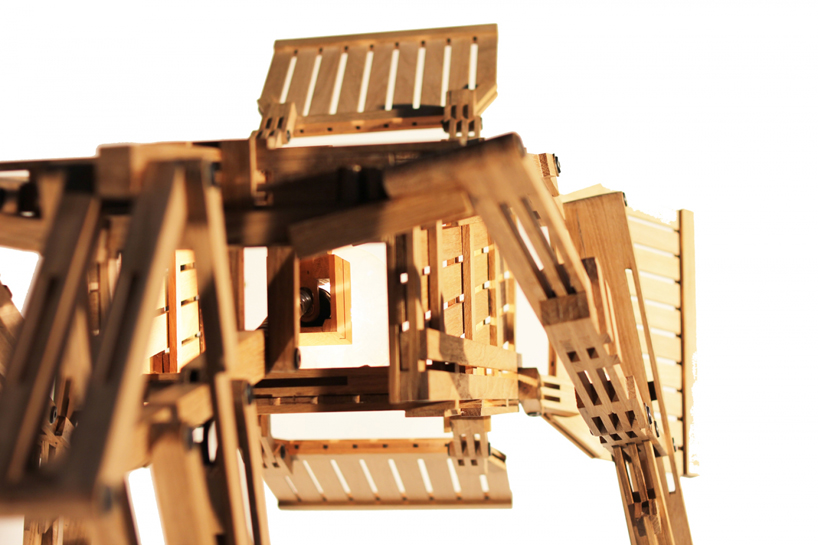 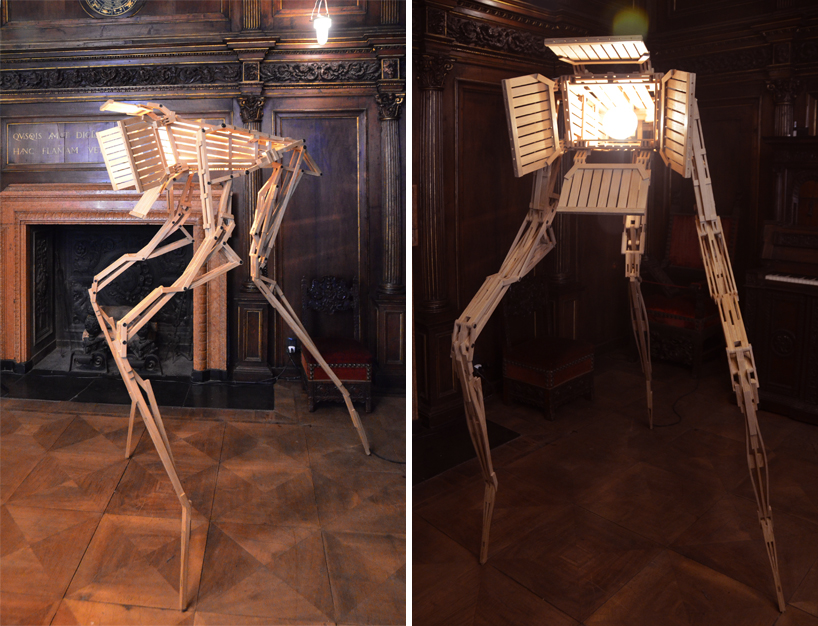 ‘hyperion’ within the context of museo bagatti valsecchiimages © designboom 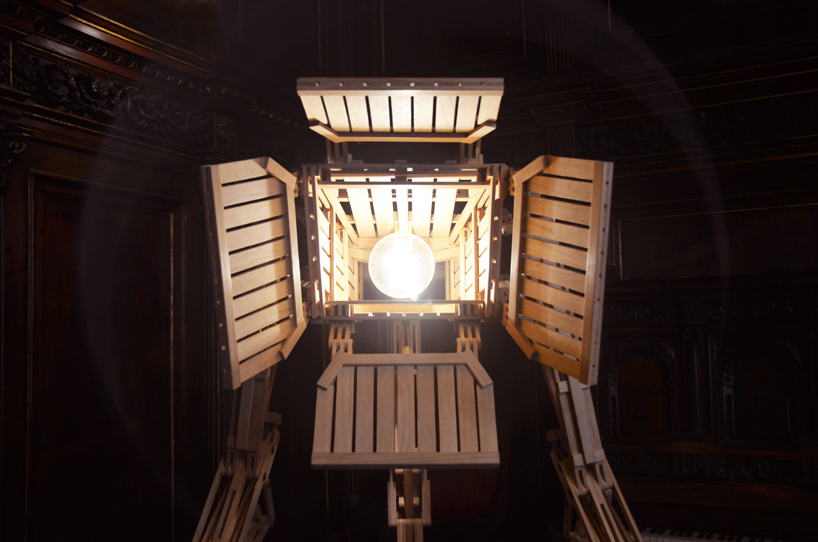 view of the spotlightimage © designboom 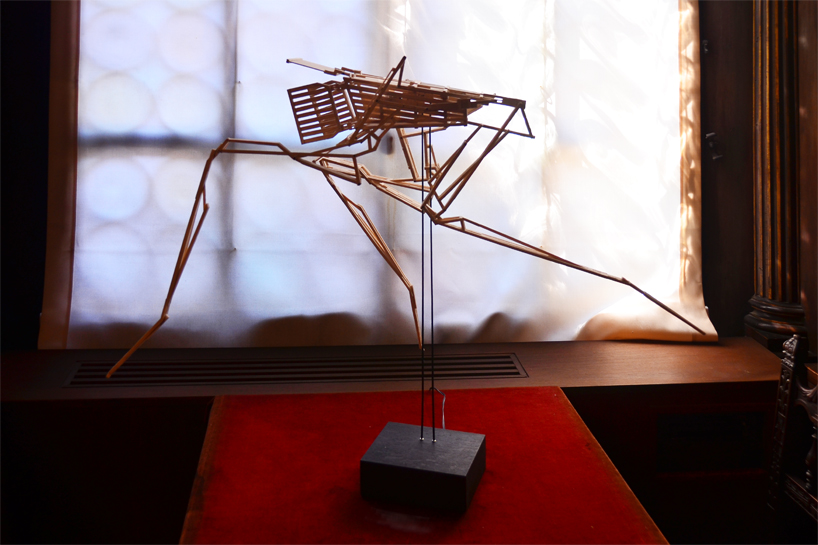 Feb 15, 2021
RSHP cantilevers the 'richard rogers drawing gallery' above the grounds of château la coste
treading lightly on the landscape, the building cantilevers out 27 meters to a point 18 meters above the terrain below.
architecture
359 shares
connections: +490