taiwan-based designer lin yu-nung has developed the ‘inside out lamp’ which was on show during milan design week 2012. the piece gives children the ability to create their own spaces which is usually dominated and influenced by their parents. currently, the furniture in their rooms are regarded as toys or childish objects which signals them to play with all the objects. this invitation of entertainment is the main concept for the light.

drawing on the inside and outside of the lampshade, plays with the lighting showing the effects of the illustration from both sides. the double layer polycarbonate sheets makes it easy to wipe off the design. the lamp provides new ways of interacting between adults and children in the household. the source is LED and will not generate high-temperature heat, providing a safe space for the young-ones to sketch on the interior of the cover. 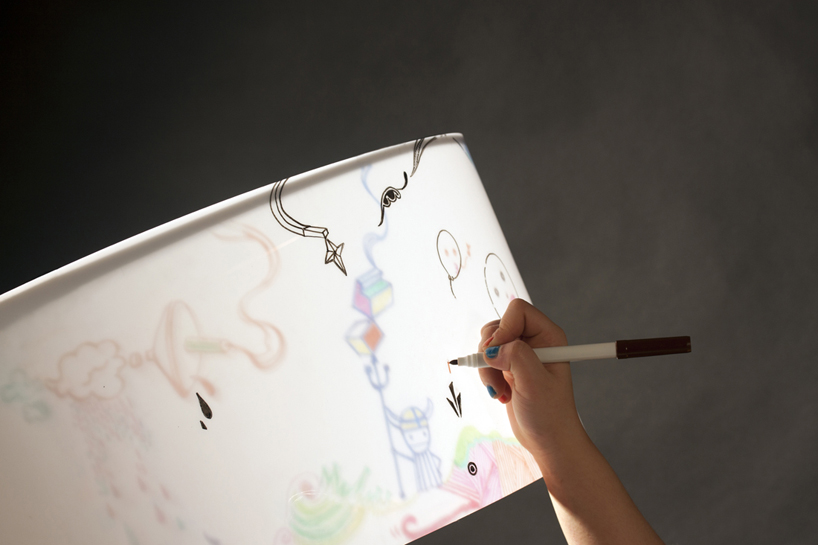 continuing the drawing from the inside 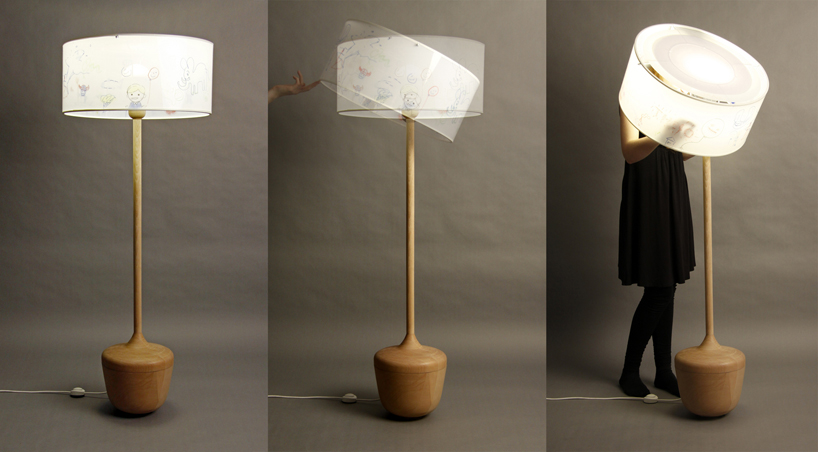 tilt the lampshade and draw 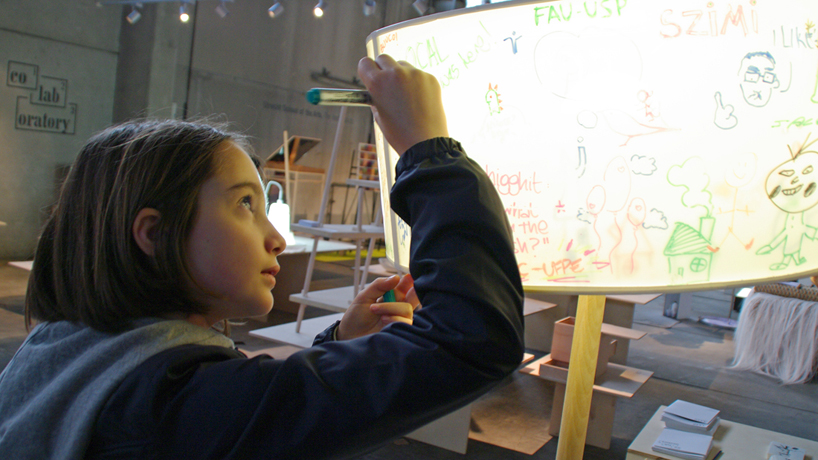 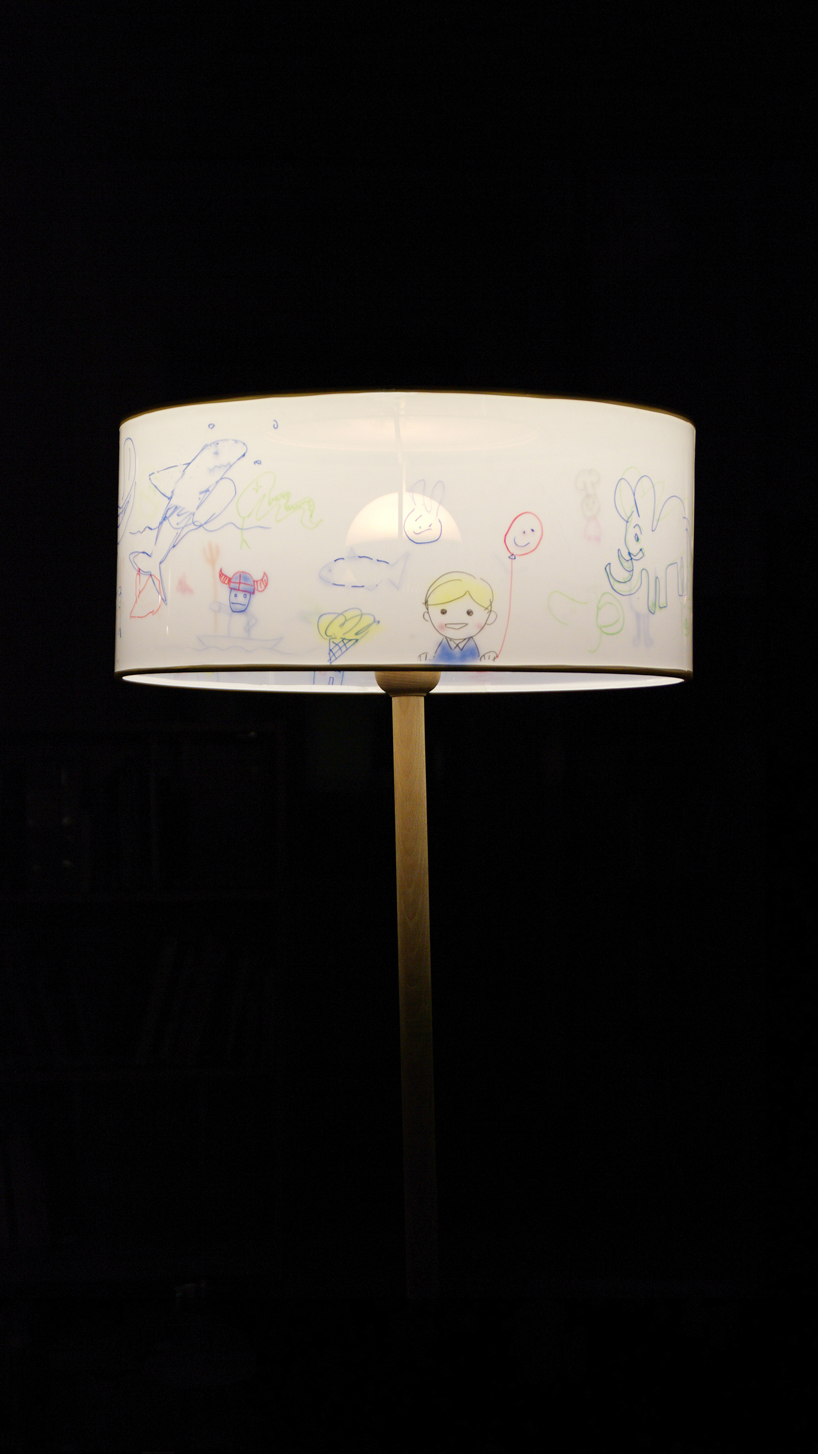 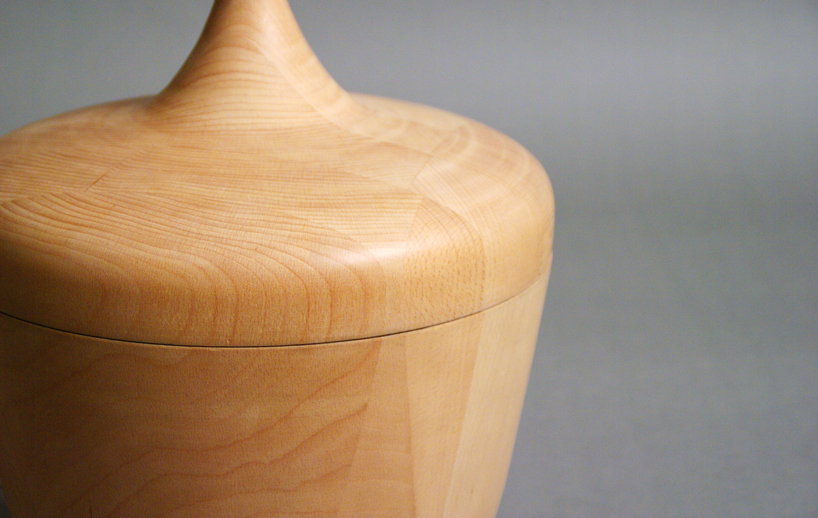