the ‘matryoshka bench’ developed by jaewoo chon + antariksh tandon explores the possibilities for furniture to shape and respond to the social interaction of its users. fascinated by the idea of collective stability composed of individually unstable members. similar to the matryoshka dolls, the family consists of six, one shaped components that nest within one another. each element sits on top of the other in order to achieve structural stability. in its collapsed state it offers a singular sitting area, however, the modules can be rearranged in different spatial configurations in order to suit different scenarios: a conversation, an argument, or romance.

while allowing certain flexibilities, the components can only be used in one particular order and this informs the interactions of the users while limiting individual use of the parts. no item works on its own, but each can be carried by one person and reassembled collectively as desired. the bench also enforces its own spatial order while conforming to the client’s desires.

sheets of half-inch plywood were stripped into two inch wide pieces and cut down to the requisite lengths. each element consists of 12 L-shapes that were constructed by joining two wedges of the plywood strips together by a half lap joint. these forms were then laminated together along with plywood bracers to form 72 sections in total that provide crucial lateral stability. three coats of polyurethane were applied to each fragment to finish the bench. at it’s largest, the furnishing can be extended up to 12 ft in length. 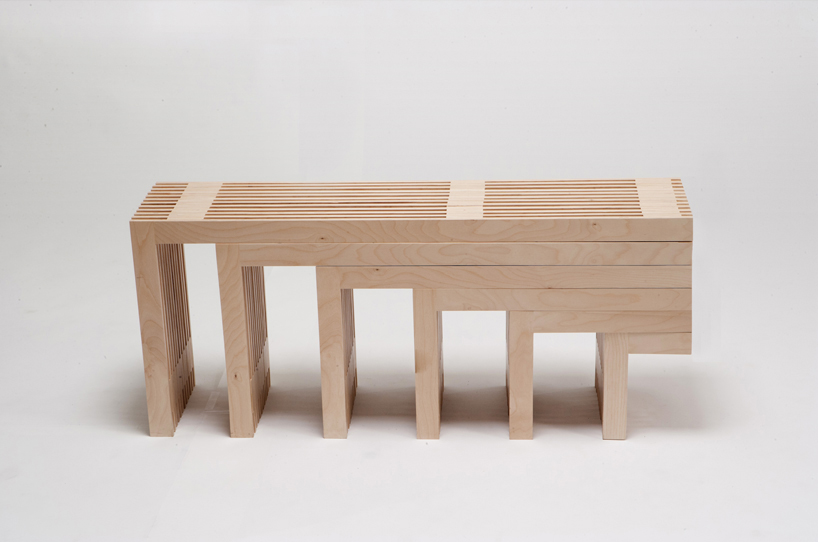 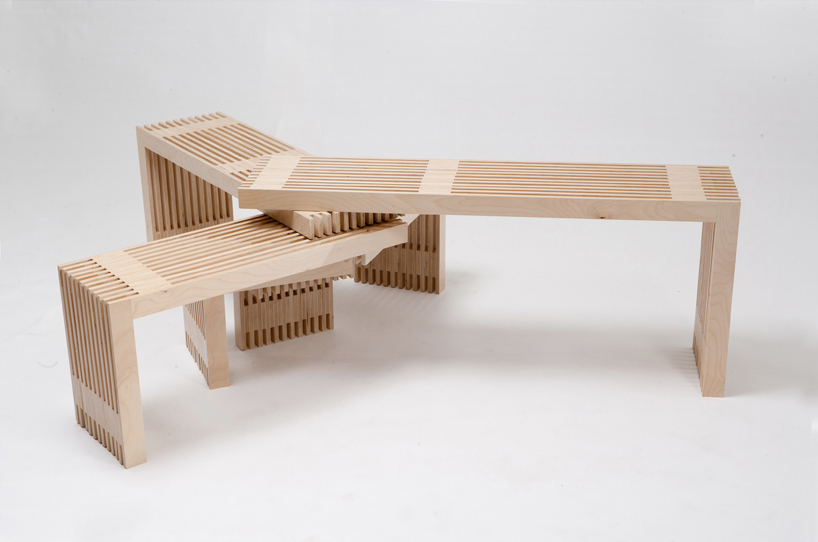 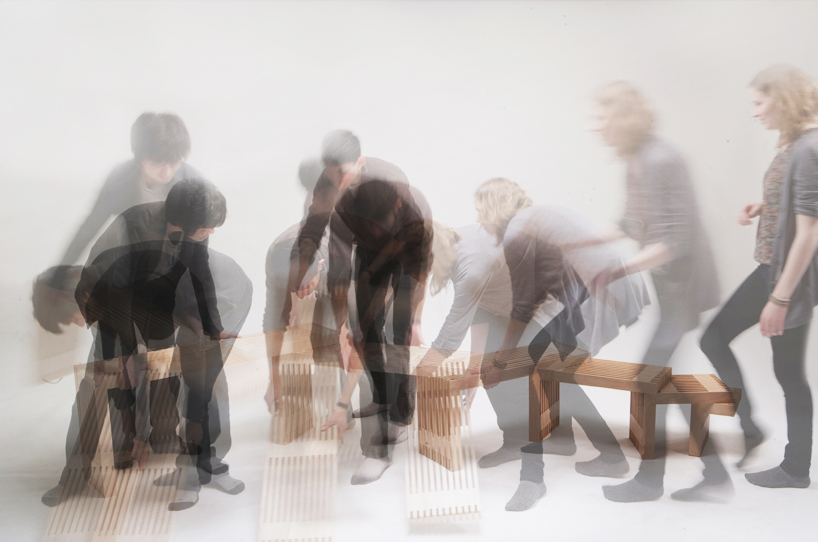 configuring of the bench 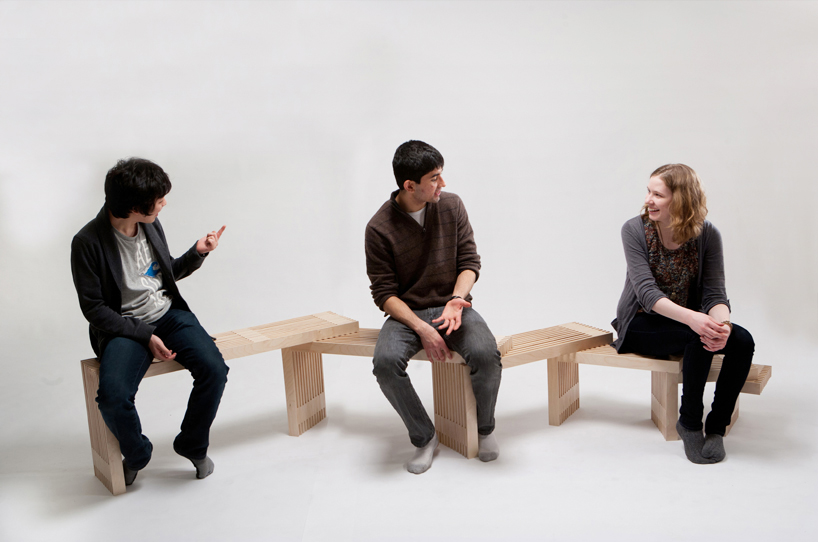 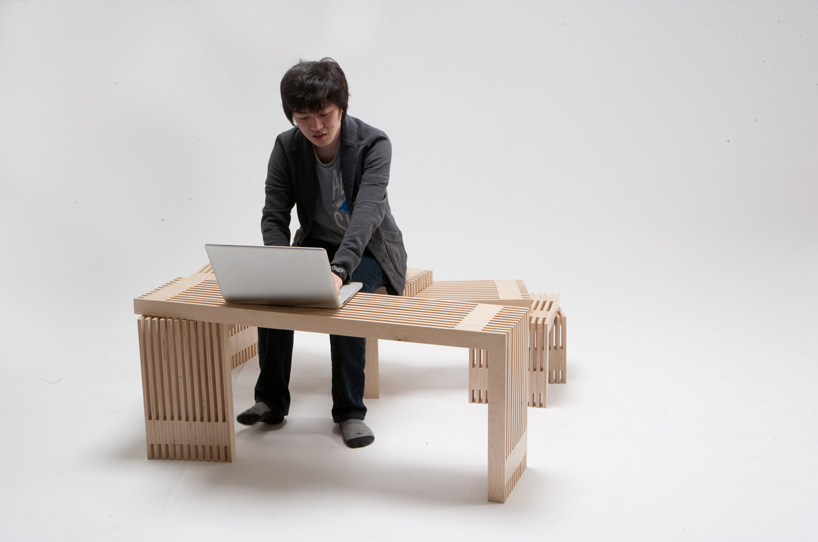 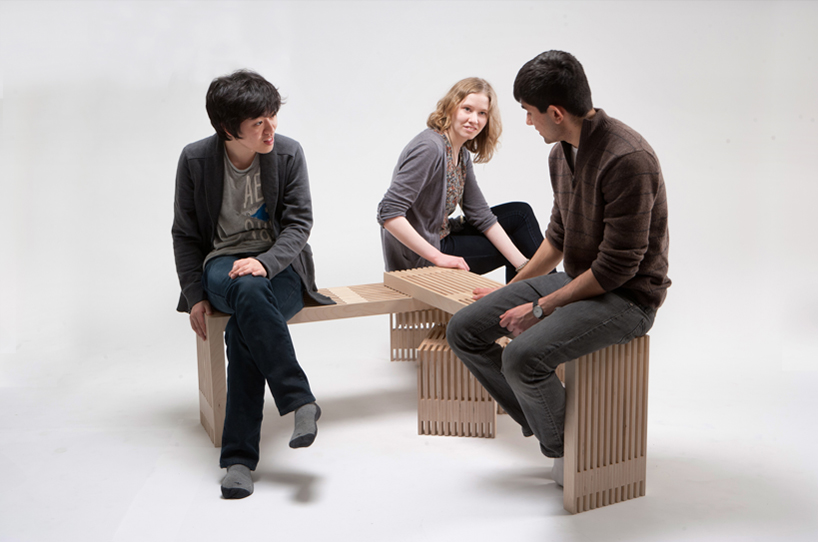 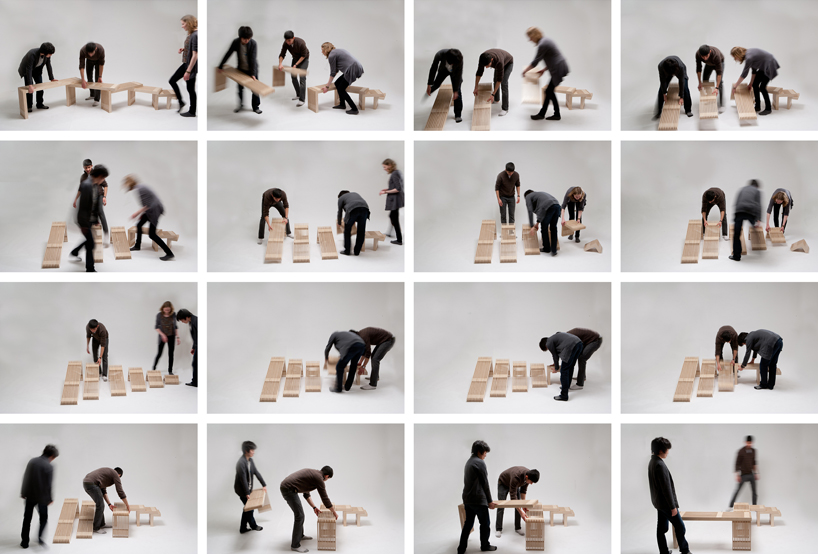 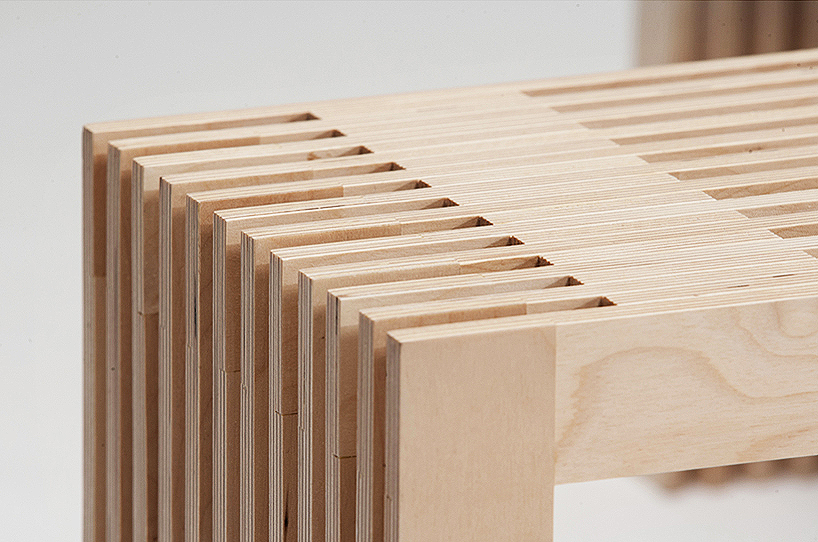 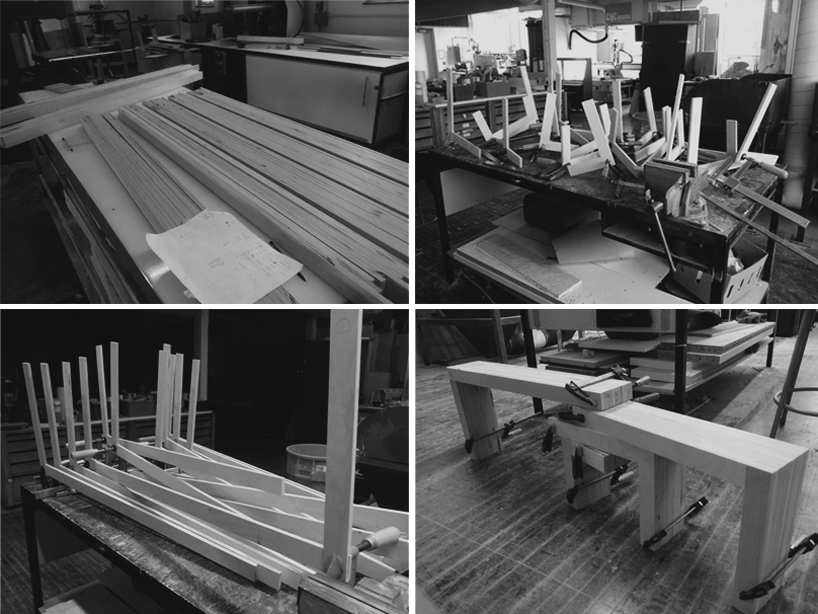