in a stodgy old port warehouse in helsinki, which holds as much history as dignity, jonan & nystrom’s new concept store opened in june 2011. instead of trying to compete with the power of the building, we worked in the fixed interior features with its opposite of the light, blond scandinavian expression. we used olive ash for its cool tone and intriguing wood graining, and brass for its history, depth and credibility. we also had the fixed elements stand free in the room, like islands on the large floor area, as rounded shapes to disable a direct meeting between the counters and walls. the mixture of patterns and colors of the furniture expresses the distant places where coffee comes from. the interior as a whole provides an exciting and powerful experience of scent, taste and visual impressions from the stories of home and over there. now the experience of coffee and tea finally gets its own temple in finland. 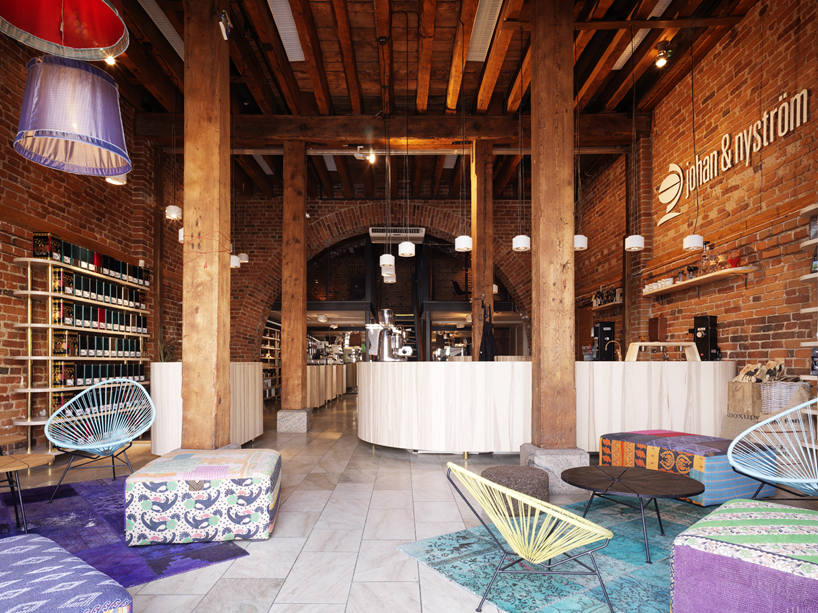 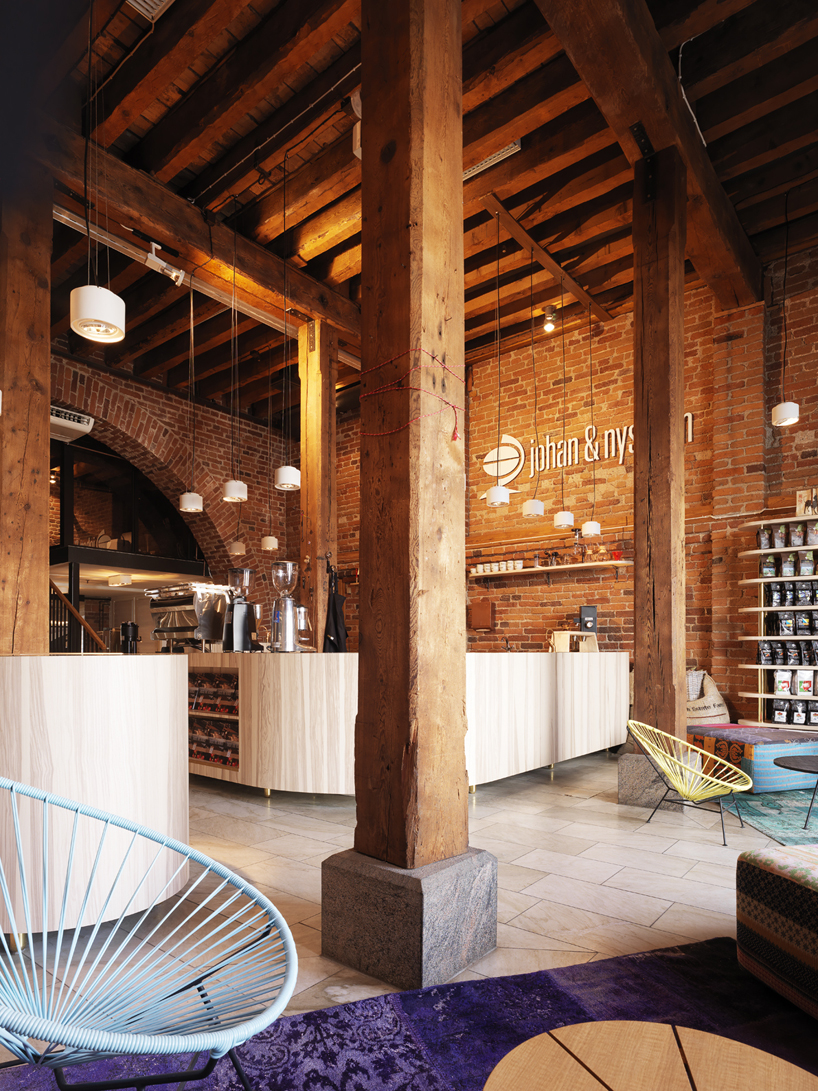 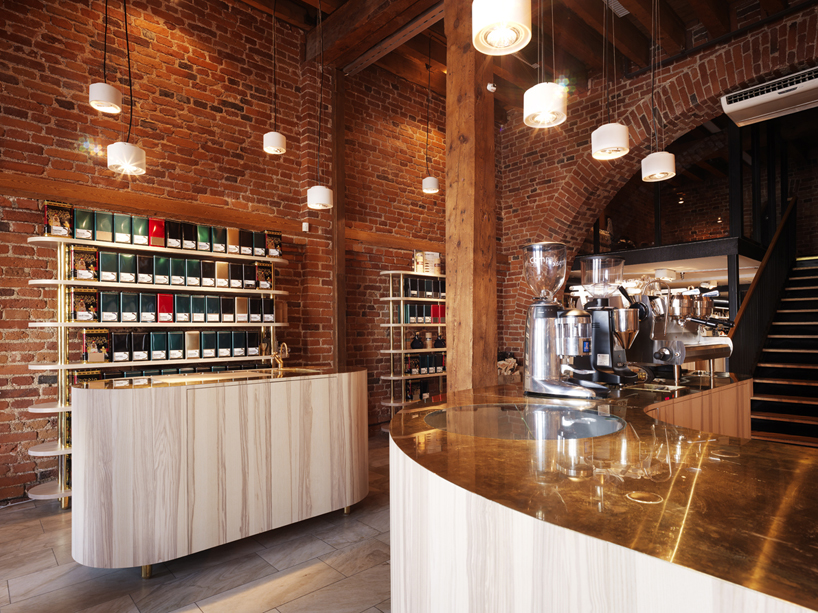 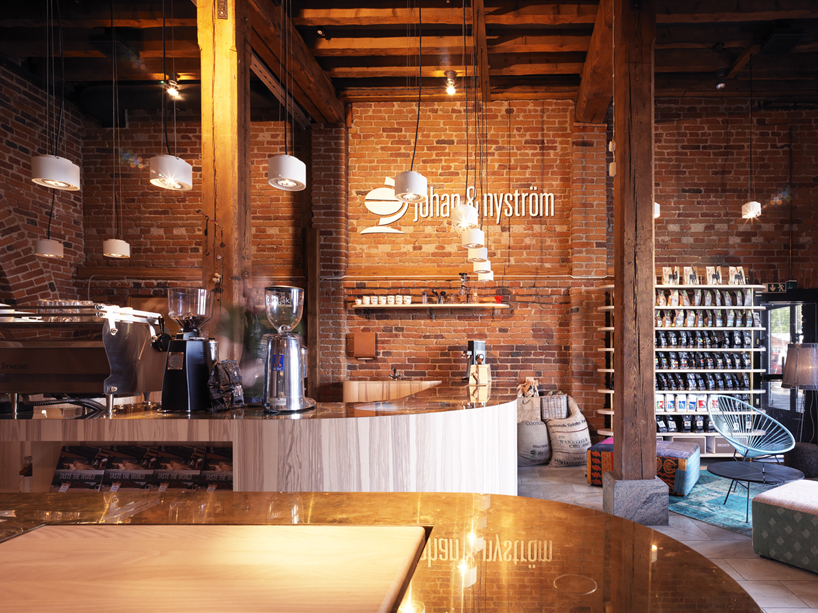 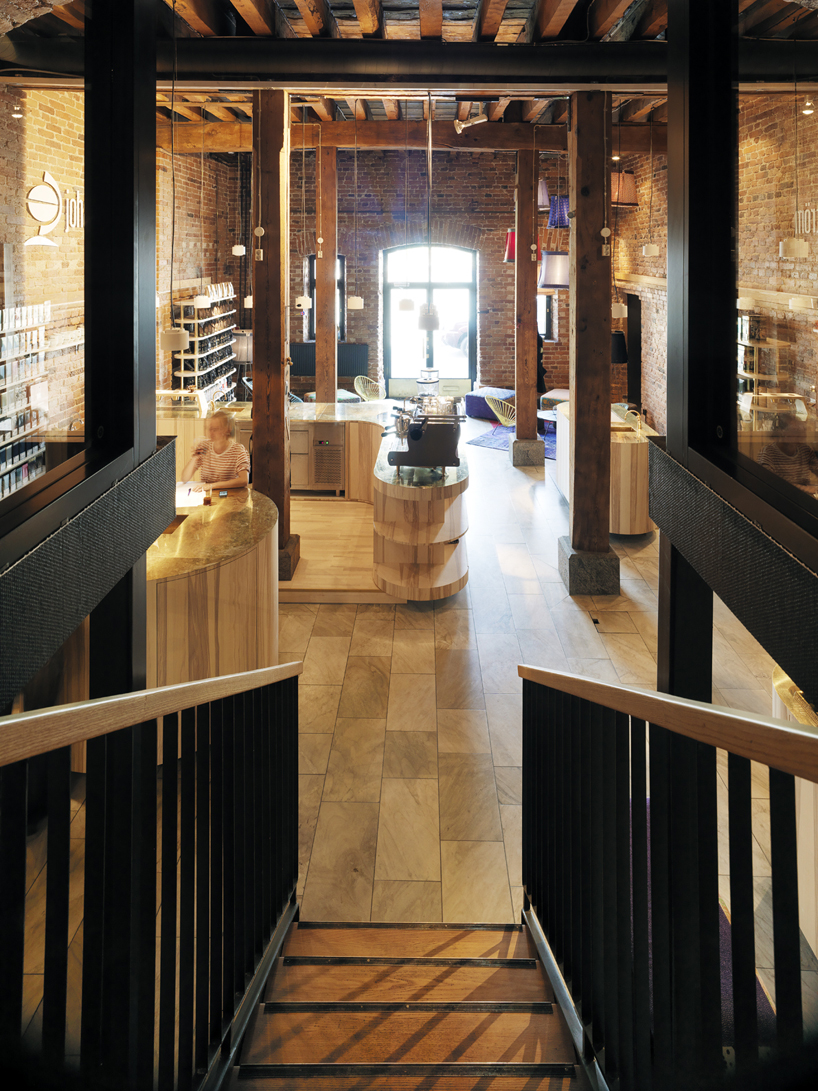 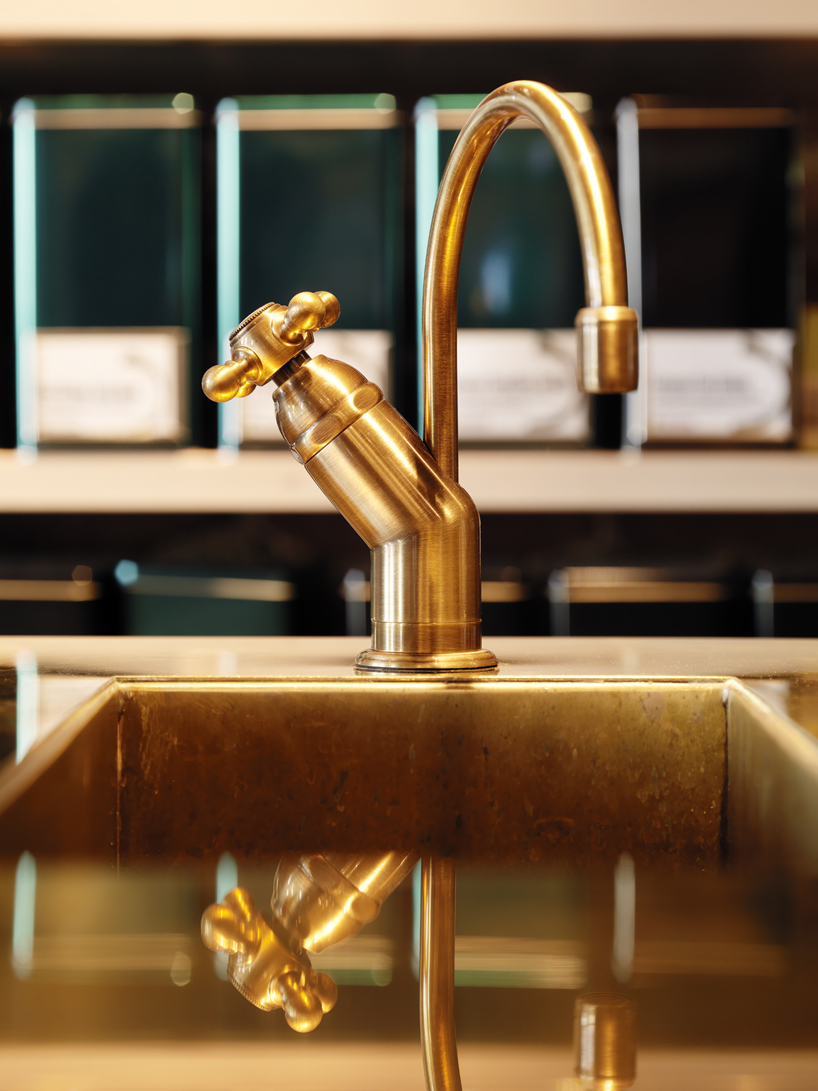 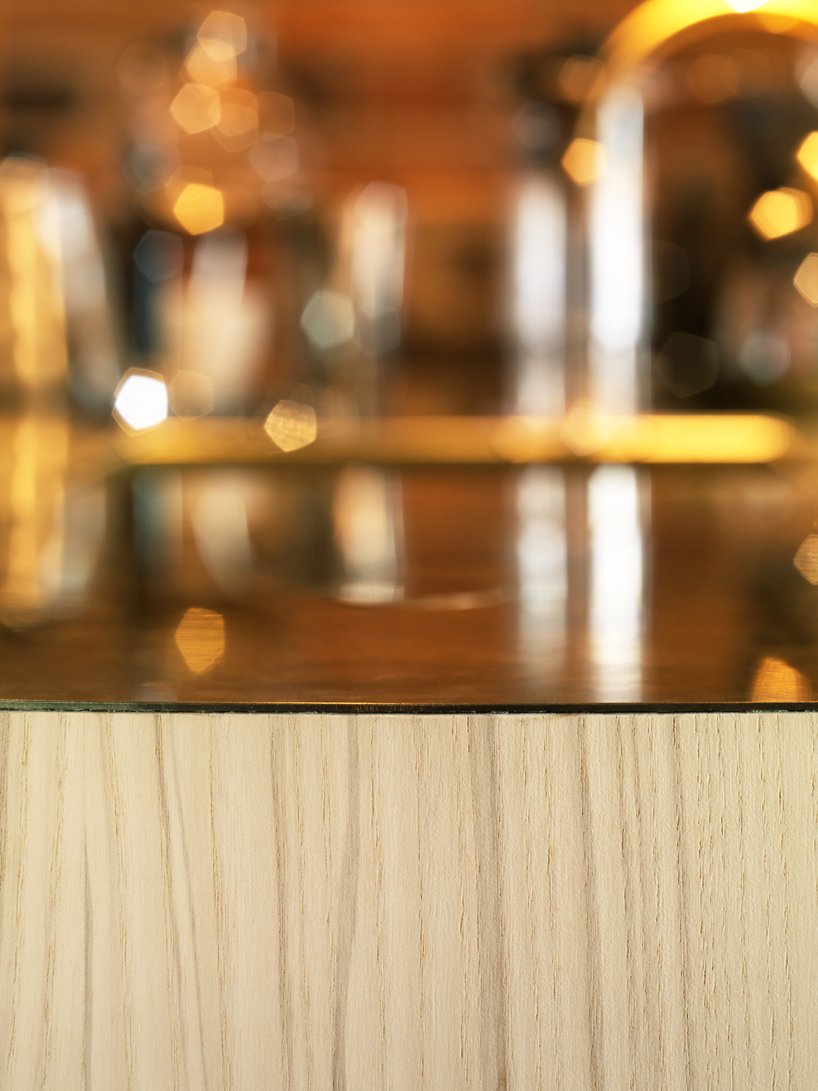 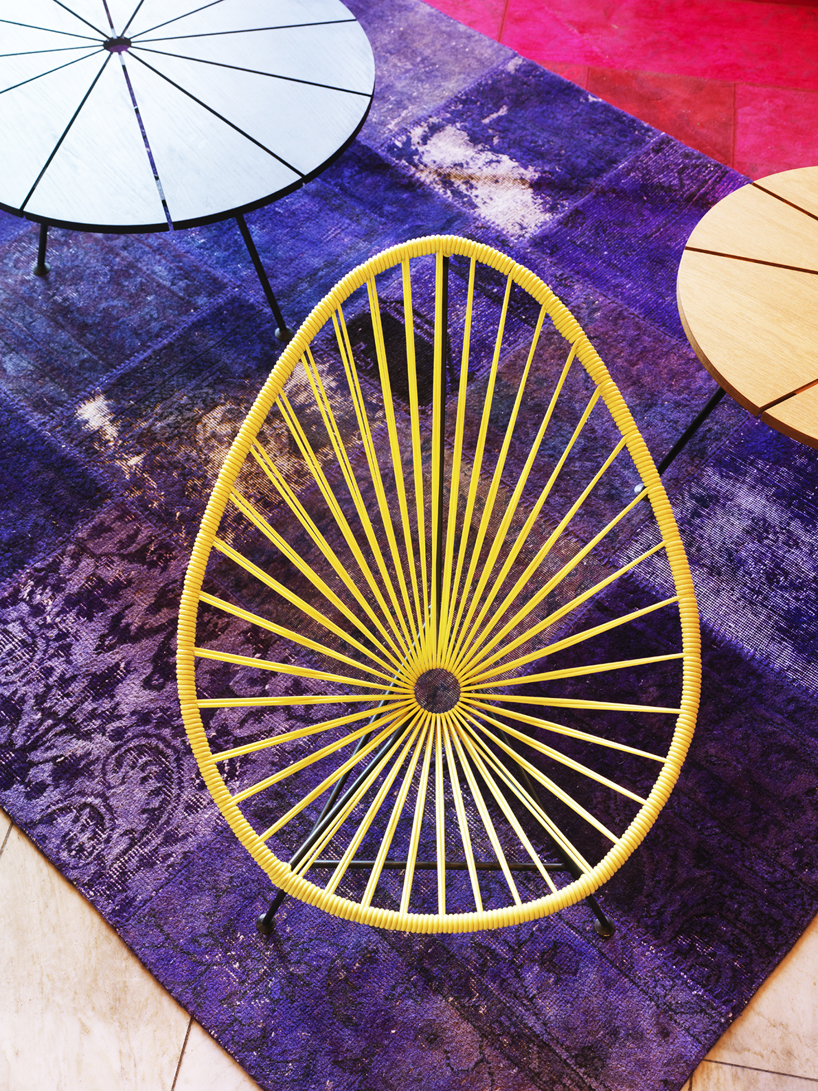