‘lakeside garden potsdam’ by planoramaview from the landing stage

with its large parks and extensive forest and meadow landscapes, the area around the griebnitzsee belongs to potsdam’s impressive landscape of palaces and castles. as early as the 19th century many people from berlin were drawn to the area surrounding the former royal seat, where they built villas in italian and classical styles along the lakes and waterways, and founded the mansion colony neubablelsberg. this combination of established historical buildings built between the late 17th and early 20th centuries and the landscape, which is diverse and has been greatly transformed by both its early and later residents, was inscribed on the UNESCO list of world heritage sites in 1990.

the striking curbature of the new building by berlin-based planorama divides the property into a narrow front garden near the street and a wider back garden facing the lake. with the exception of the maisonette on the ground-and first floors, all entrances to the building are located on either the northwest or southeast sides. access to these entrances is via steps and linear pathways along the sides, one of which also leads to the lowest terrace at the water’s edge. the area of the garden between the building and the street contains a compact and formally designed area, as well as the drive way and entrances to the building. 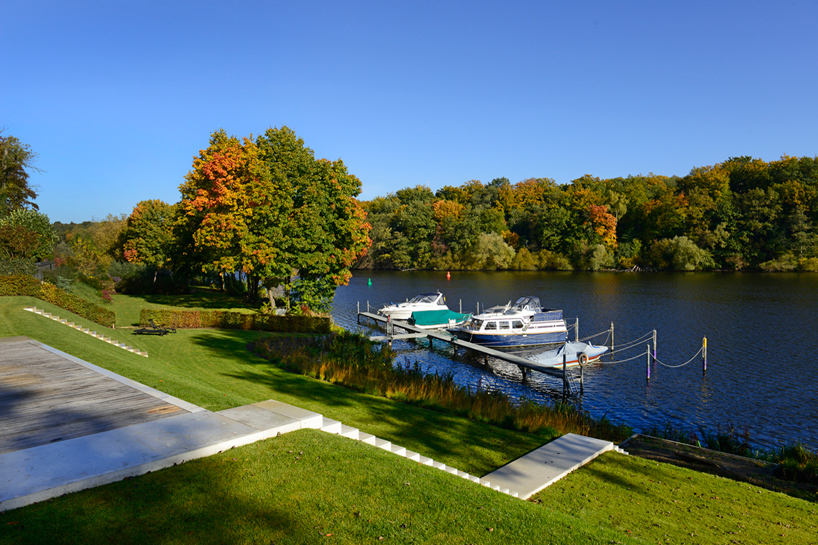 two themes strongly influence the green space and differentiate it according to the intensity of use and the wish for different spatial effects.the entire structure is surrounded by a band of light-colored limestone gravel except for the southwest corner, which is covered by color matched pea gravel. irrigated raised beds are surrounded by low, painted steel walls that harmonize with both the material used on the building’s façade and the fence made of individual angled slats. although small, the garden is turned into a verdant garden by the tall rose bushes and ornamental grasses growing in the beds, forming a strong contrast to the naturally designed part of the garden near the banks of the lake.

the materials used are mainly derived from the architecture and colours of the building. In addition to limestone gravel, travertine pavers, and painted anthracite-toned steel elements for the fence, raised beds, and rubbish containers, the use of white precast concrete and oak planks that turn grey as they weather provide a harmonious balance. 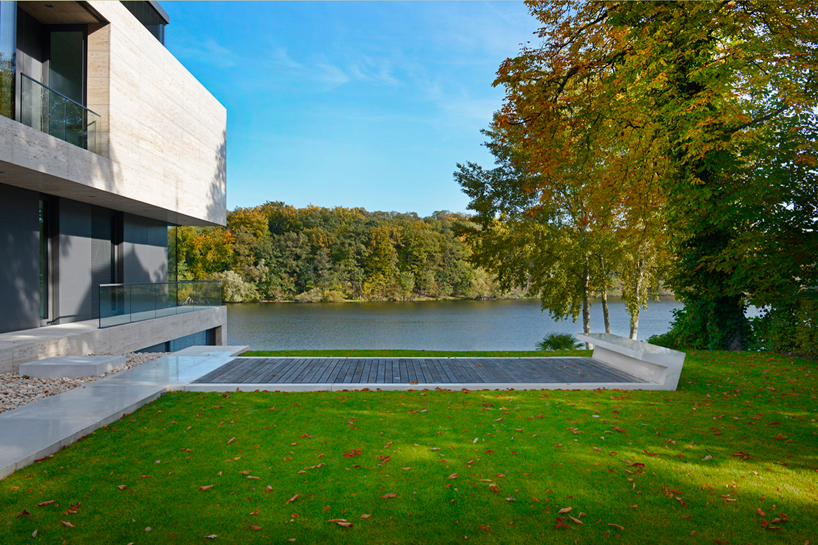 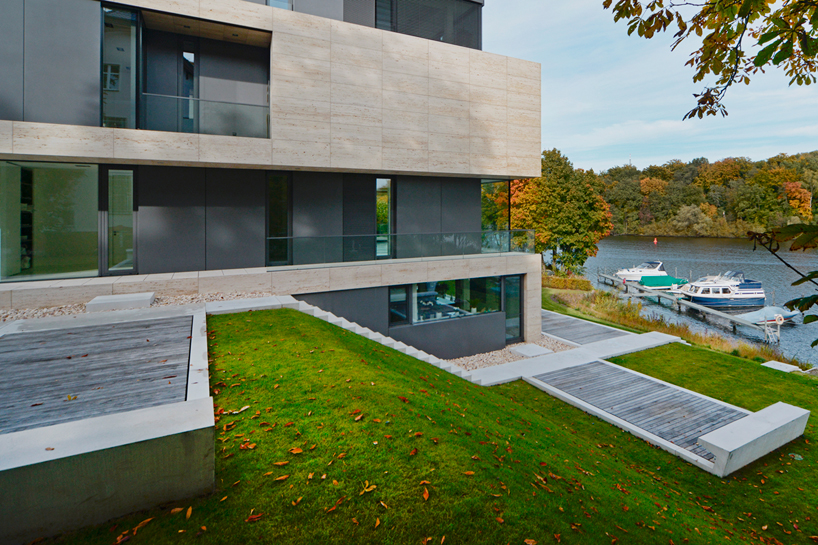 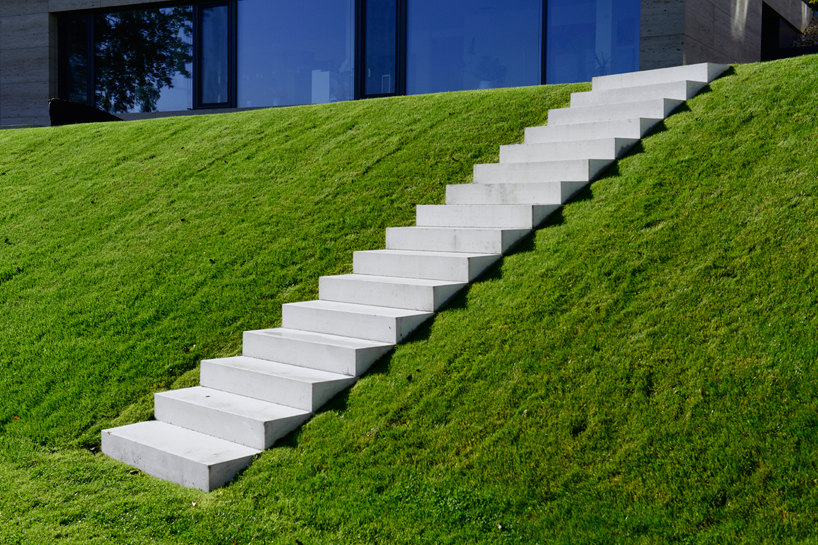 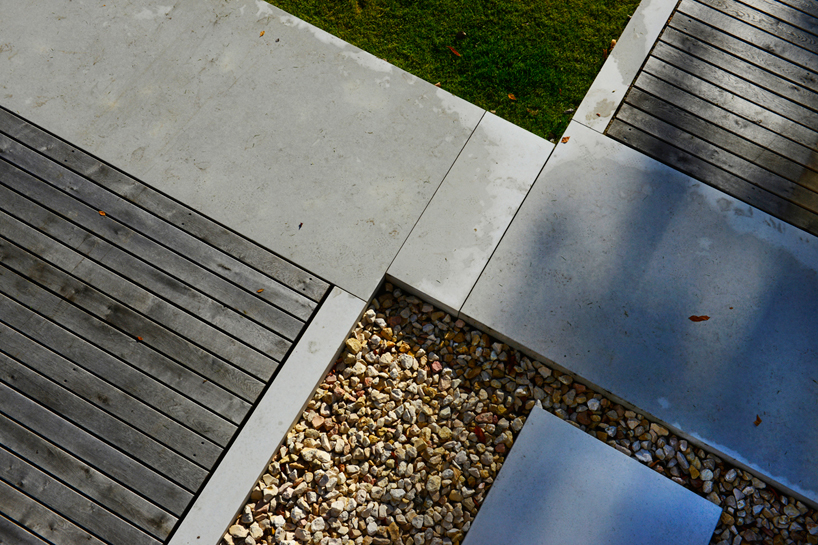 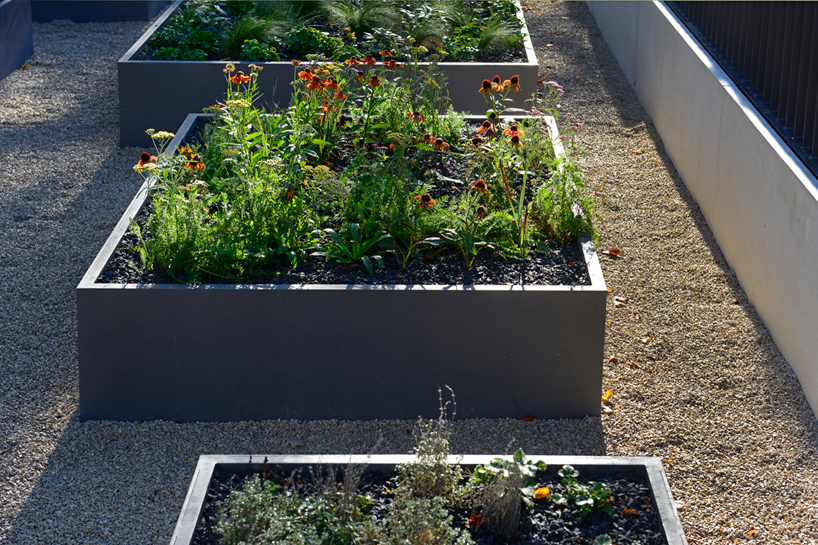 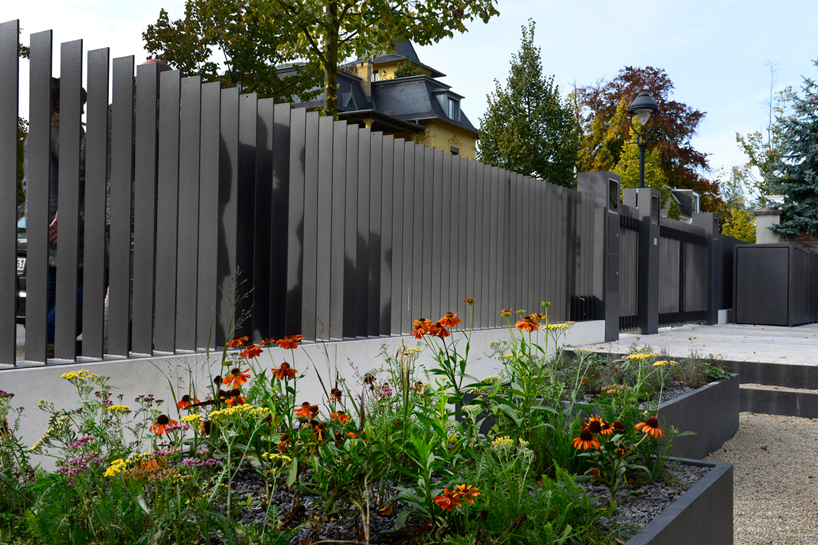 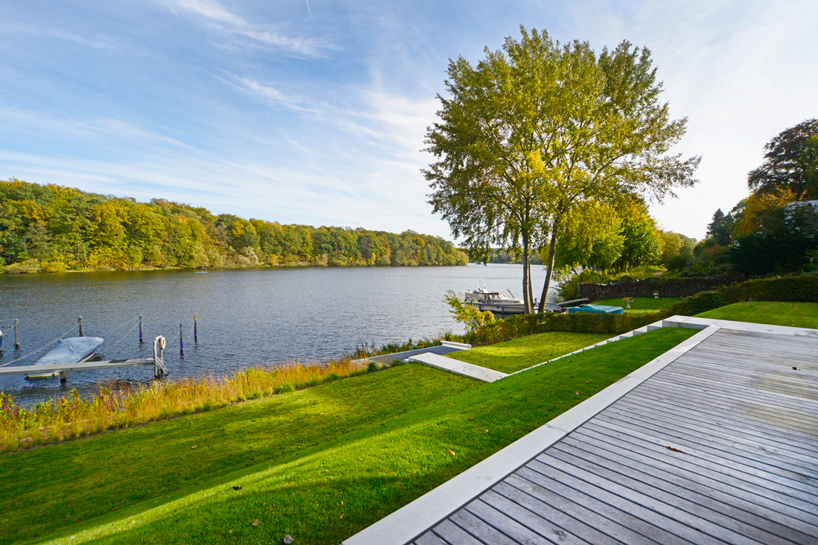 view from the house to the lake terrace 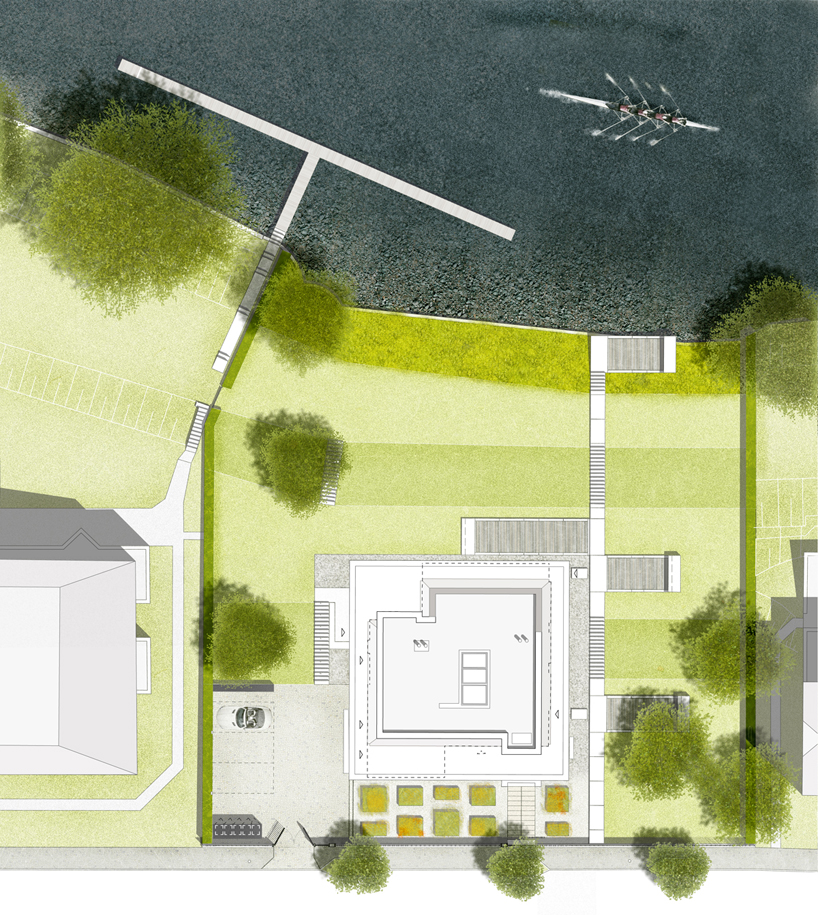