istanbul-based manço architects have conceived the ‘halide edip adivar mosque’, designated within a complex of mosque and supplementary buildings with various functions. the modern reinterpretation of the project fuses the surrounding neighborhood where the closed, semi-open and open spaces are open to public use, where the original ottoman kulliye lacked connection between its physical urban establishment. traditionally prayer is not performed beyond the mihrab, the wall facing mecca, accordingly the mosque is shifted to the site border, in order to maximize the open space to pray on.

remaining spaces besides the mosque were placed around the mosque to form a courtyard opening up to halide edip adivar street while providing isolation from the traffic noise of piyalepasa boulevard. the primary pedestrian entrance to the courtyard was planned north of the building and the most frequently used spaces such as a reading hall, charity society and men’s ablution room. education spaces were solved in a separate building that is secluded from its courtyard residences entered from halide edip adivar street were solved on the upper floor, along the neighbouring multi-storey buildings on the north side in order to provide privacy.

considering the absence of islamic spatial prerequisites, the mosque was shaped with a contemporary attitude independent of formalistic clichés of classical ottoman architecture predominant in turkey. the ‘rectangular plan’ that is one of the few common aspects of islamic architecture based on the rule of lining up towards mecca during prayer, and the ‘single large inner volume’ in ottoman architecture were the two classical principles followed. nevertheless, in pursuit of a distinct form, a dome was not designed, especially considering the availability of different modern methods of covering wide spans. the side façades of the building were separated from the ground and the mihrab with a narrow glass strip, in order to emphasize the continuity of the praying lines inside and outside as well as the central role of the special room. 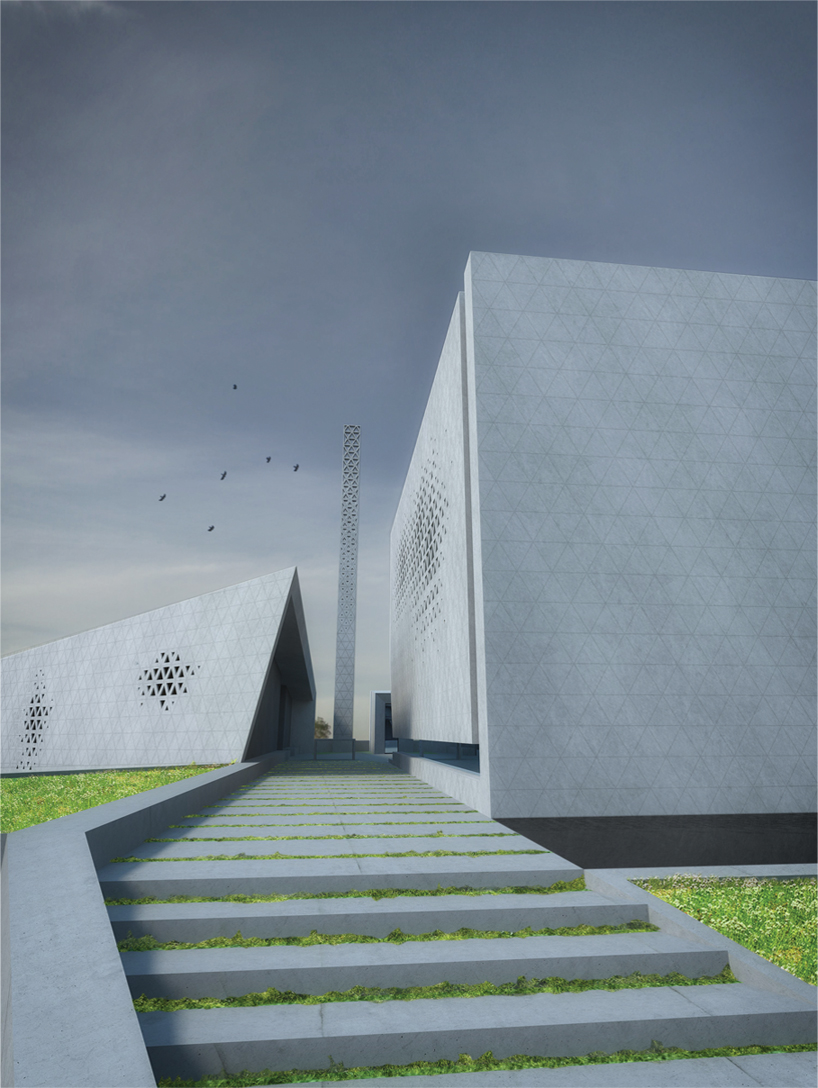 the residence floor is planned as a wider slab blocking the harsh sunshine and creating a shaded semi open area underneath where a similar effect is provided with canopies uniting with the façades of the remaining buildings. the minaret being the foremost symbolical element of islamic architecture was designed as a standalone structure in order to retain the simplicity of the mosque mass. a pool was placed alongside the mihrab to stress the symbolism of water that is described in quran as ‘the source of life’, reflecting the exterior on its surface. a steel frame covered with glass, insulation layers and prefabricated external panels are proposed to reference the structural elements such as domes and arches shaping the interior in classical ottoman mosques.

view from the courtyard

view from the courtyard 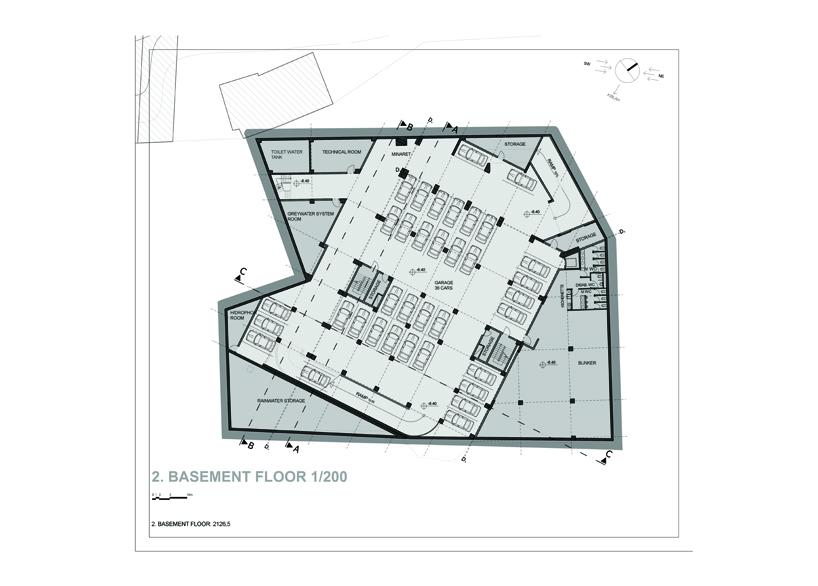 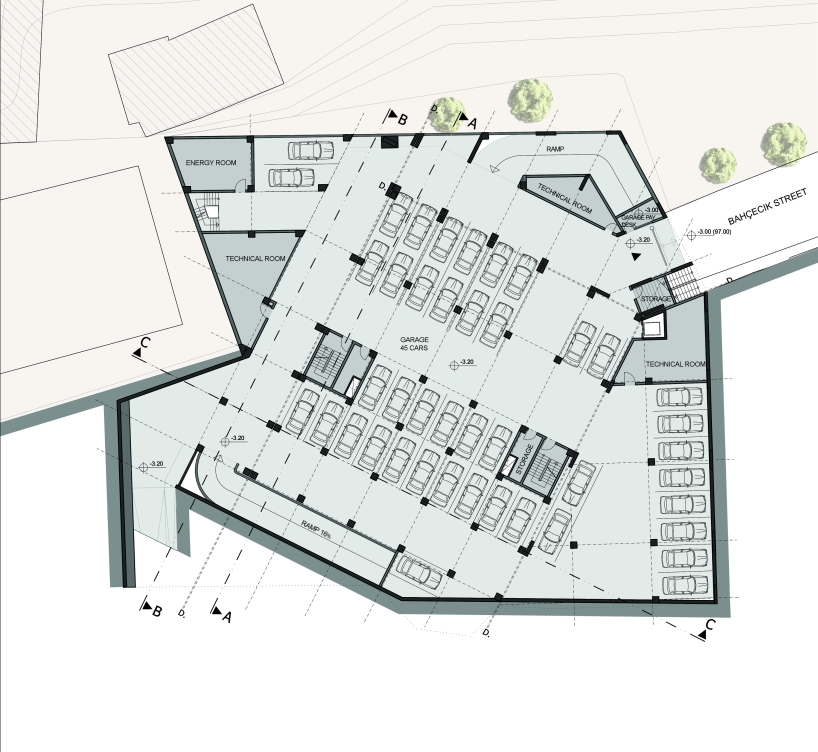 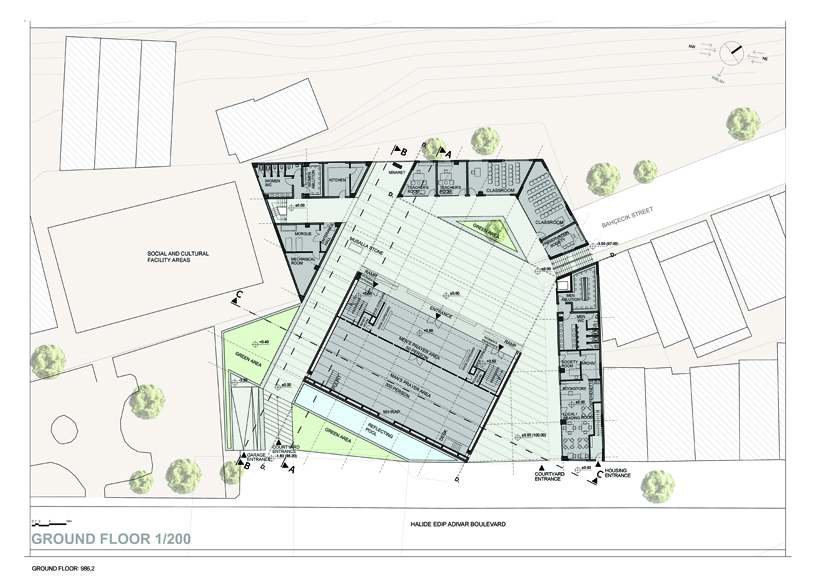 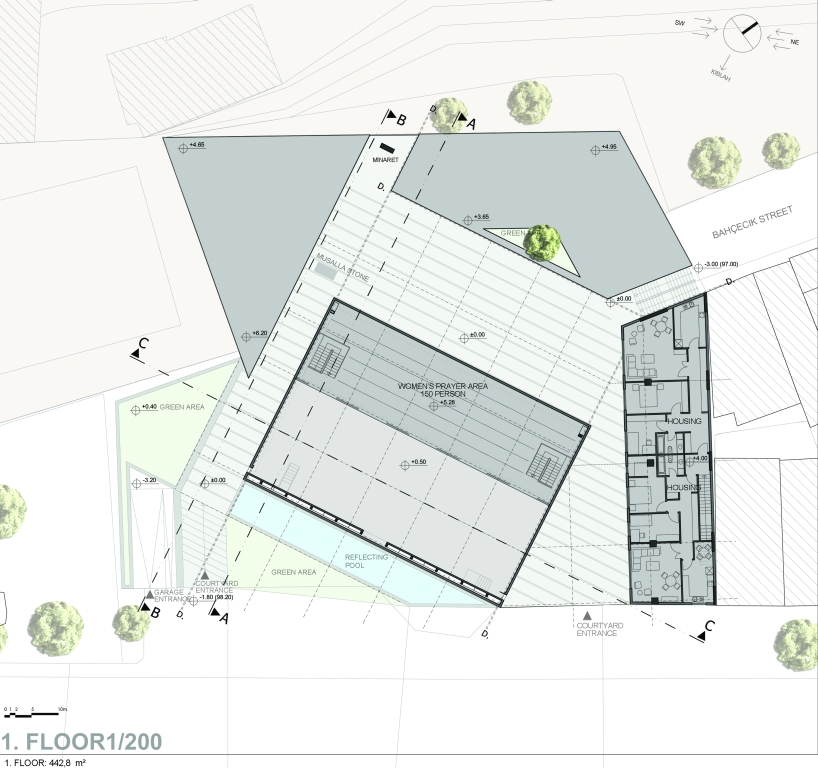