the expectations of the employer articulated with the following sentences have played a major role in defining our design criteria: “the relationship between the state and the city dwellers becoming a part of everyday life through the elimination of unnecessary limitations” and “it is expected that the proposed projects will have been studied as urban open spaces”. in accordance with the modern approach of the institution, a transparent public building inviting people into its luminous and spacious interiors was aimed. the building was designed to be as low as possible so that its mass doesn’t stand out with its overwhelming size in an urban context made up by smaller apartment blocks. besides, accessibility and inner circulation was solved more effectively with less number of floors. the layout plan was developed in a way that the grown trees on the plot are not affected. the plot was split into two by the building that spans almost the entire width of its borders. the northern part facing the avenue was designed as a public park and plaza whereas an open car parking among existing trees was planned on the southern part. access to the open and closed car parking was located on the eastern corner of the plot, so that the rest of the area is isolated from vehicle traffic, except for the protocol cars. conference hall and city council hall were planned on the east end without any additional floors on top of them and the rest of the spaces were solved within a building mass that ascends towards the west. the whole plot is opened to the public use as a recreational area by covering the building with a green roof with a walkable slope starting from the ground. thanks to the direction of the slope, panoramic views of the city center lying on the east and its surroundings is enabled. the office spaces were lined up next to each other within a depth of maximum 8m, and a gallery space of 10m width was created in between, in order to benefit from cross ventilation in the mild mediterranean climate of hatay. floor plans were designed to provide the flexibility accommodating necessary changes on the layout of spaces. apart from areas such as, fire escape stairs and service cores, all units are separated with removable partition walls that will enable easier rearrangement. an “inner street” was created with the wide corridor on ground floor spanning under the gallery space. the section of the building lying on the northern part was lifted from the ground so that the inner street is opened up to the park and the plaza. unity of inside and outside was achieved by the transparent façade alongside the inner street. qualities such as “being close to the public” and “transparency” that are sought in a modern public building were emphasized by enabling views of the inner circulation spaces from outside. a symbolic reference to the traditional buildings with central courtyards accessed through girdled narrow streets was made with the semi open spaces between “v” shaped columns and the atrium lying beneath. enabling the perception of the whole interior during circulation was achieved through corridors alongside the gallery, open stairs, bridges and transparent elevators. the spaciousness of the circulation areas are thought to enhance the communication among different departments, as well as become informal gathering places for building users. fresh air will penetrate the office spaces through the façades standing perpendicular to the prevailing winds. the warm air will ascend through the gallery space and be exhausted from the openings on the skylight above the gallery. the circulation spaces where people are mostly on move, will not be artificially heated or cooled, thus the hvac load of the building will be significantly reduced. thanks to the low depth of the office spaces and the atrium allowing daylight, all office spaces will be naturally illuminated and lighting loads will be minimized. approximately 1350m² of photovoltaic glass that lets sunlight in while generating electricity will be used on the skylight above the gallery. the closed spaces are covered with green roof, in order to benefit from the thermal & sound insulation and rainwater absorption qualities of the earth and plant layers whereas continuing the landscaping on top of the building. the green roof will also become a nesting place for local and migratory birds. the façade and the sky will be reflected on the surfaces of shallow pools that were inspired by the ponds on courtyards in the traditional architecture of the region. natural stone that is widely used in the vernacular architecture was preferred as the main cladding material. the building mass becoming part of the topography was underlined by using natural stone on both the façades and the floors. continuous metal sunbreakers were used in front of the south façade. local or adaptive plants with minimum need for watering & care will be preferred for landscaping. permeable paving will be used where possible to increase rainwater absorption. the existing concrete water tower is structurally enhanced with steel and turned into a sightseeing platform accessed by spiraling stairs around. moreover, it will become a point of reference on the way approaching the city center. 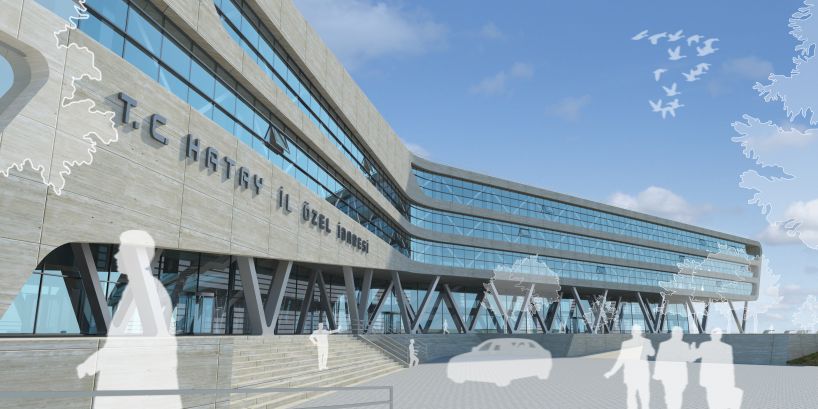 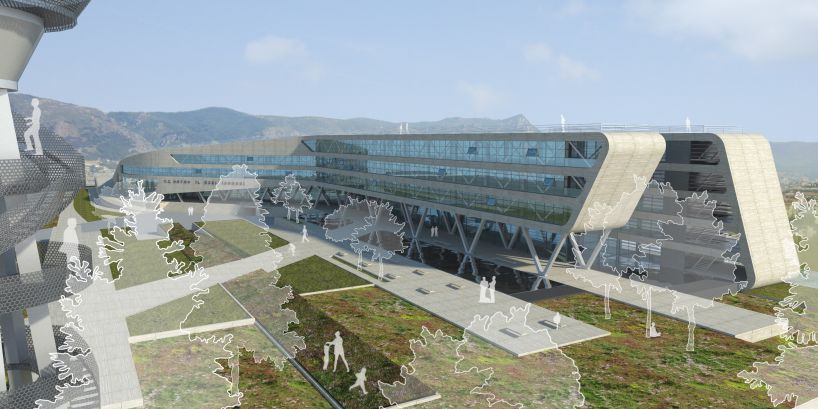 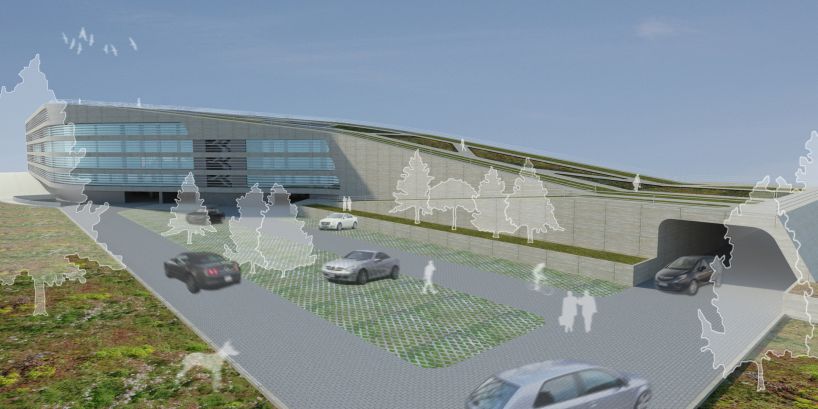 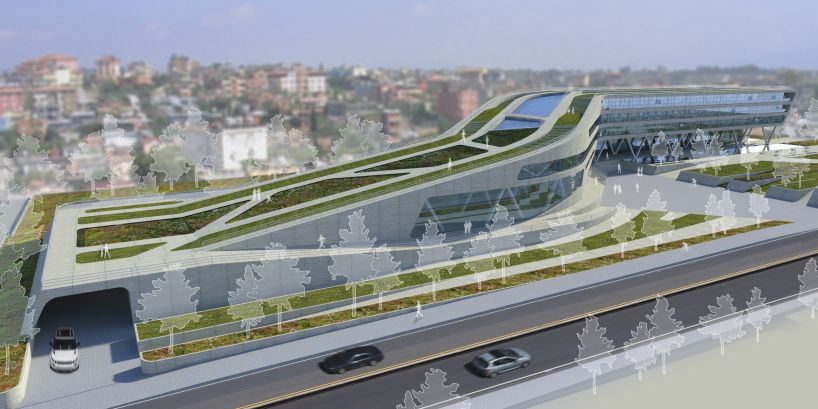 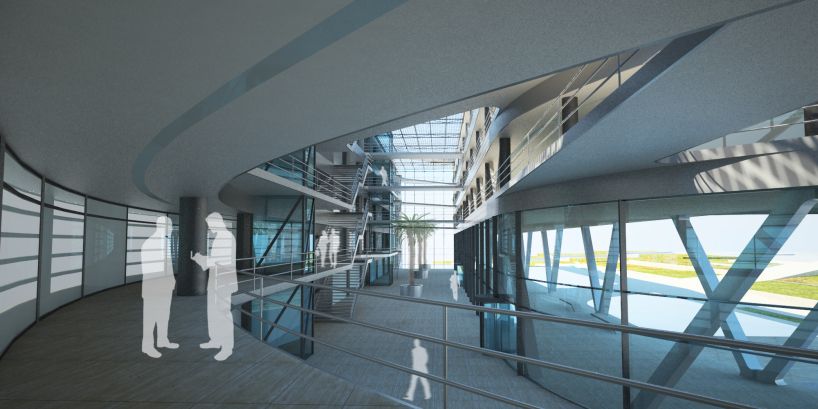 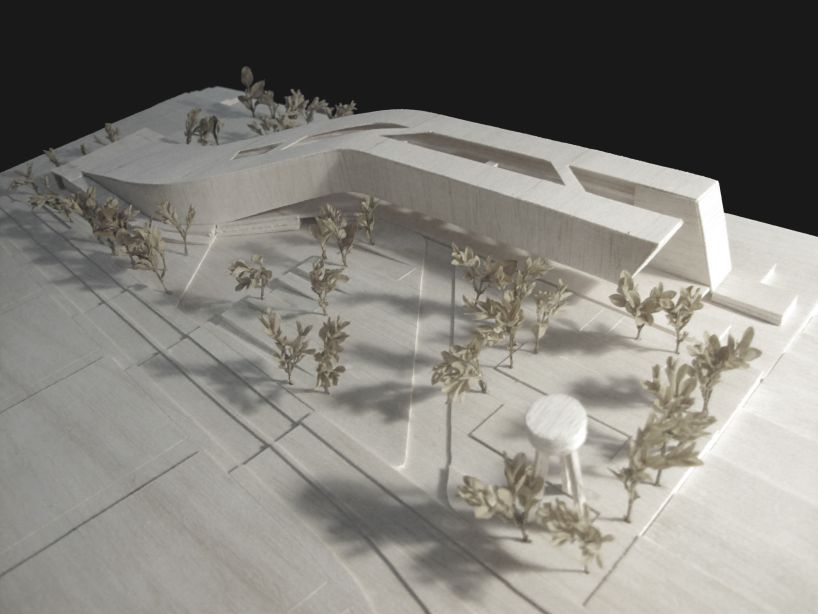 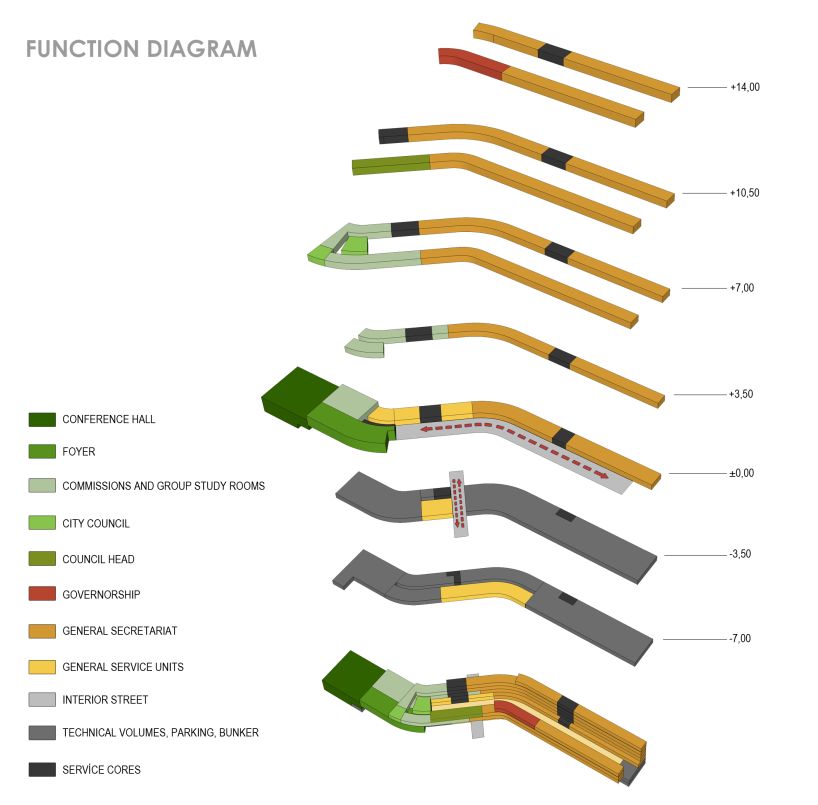 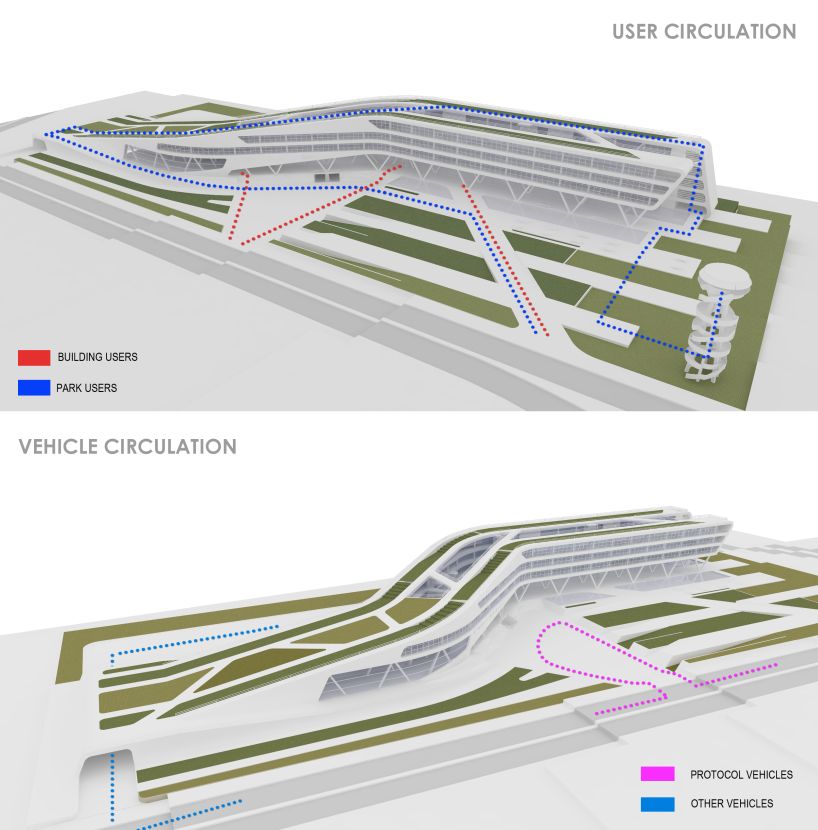 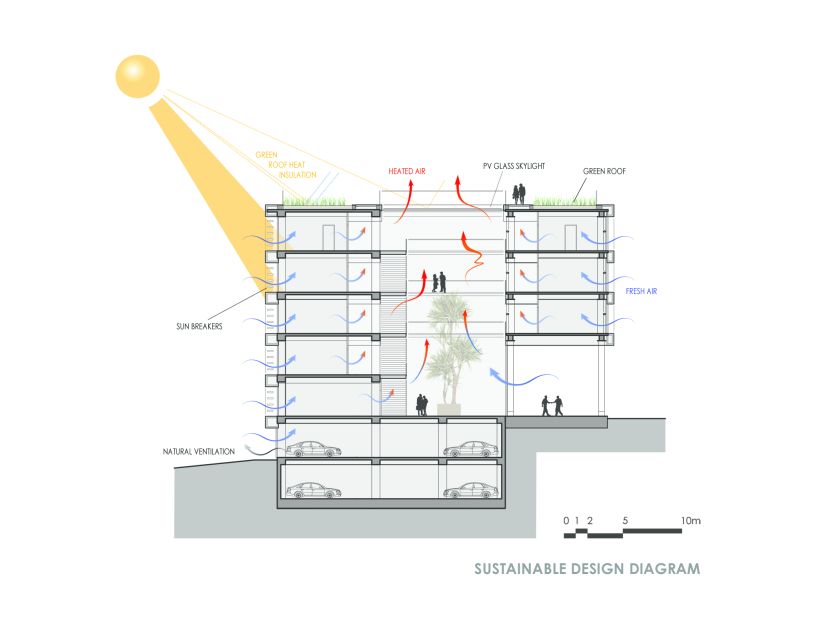