the mate concept combination chair and side table is a functional interlocking sculpture by brooklyn based artist and designer dave rittinger. the monolithic block of 2×3 planks is made from reclaimed lumber the artist gathered from an ongoing renovation in his apartment building. the contrast between the rough-hewn texture of the buildings original stud walls, with occasional marks from lathe and plaster, to the fresh cut end grain.

rittinger explains, ‘originally the idea was to split each piece by jumping on it so the breaks would be more of a natural splintery fragmentation – instead i reverted to all clean cuts, which essentially lead to both sections nesting properly.’ 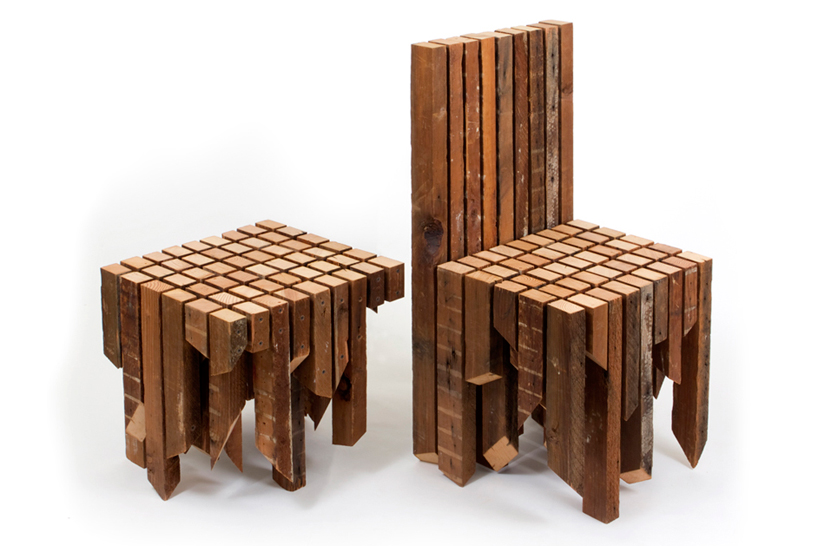 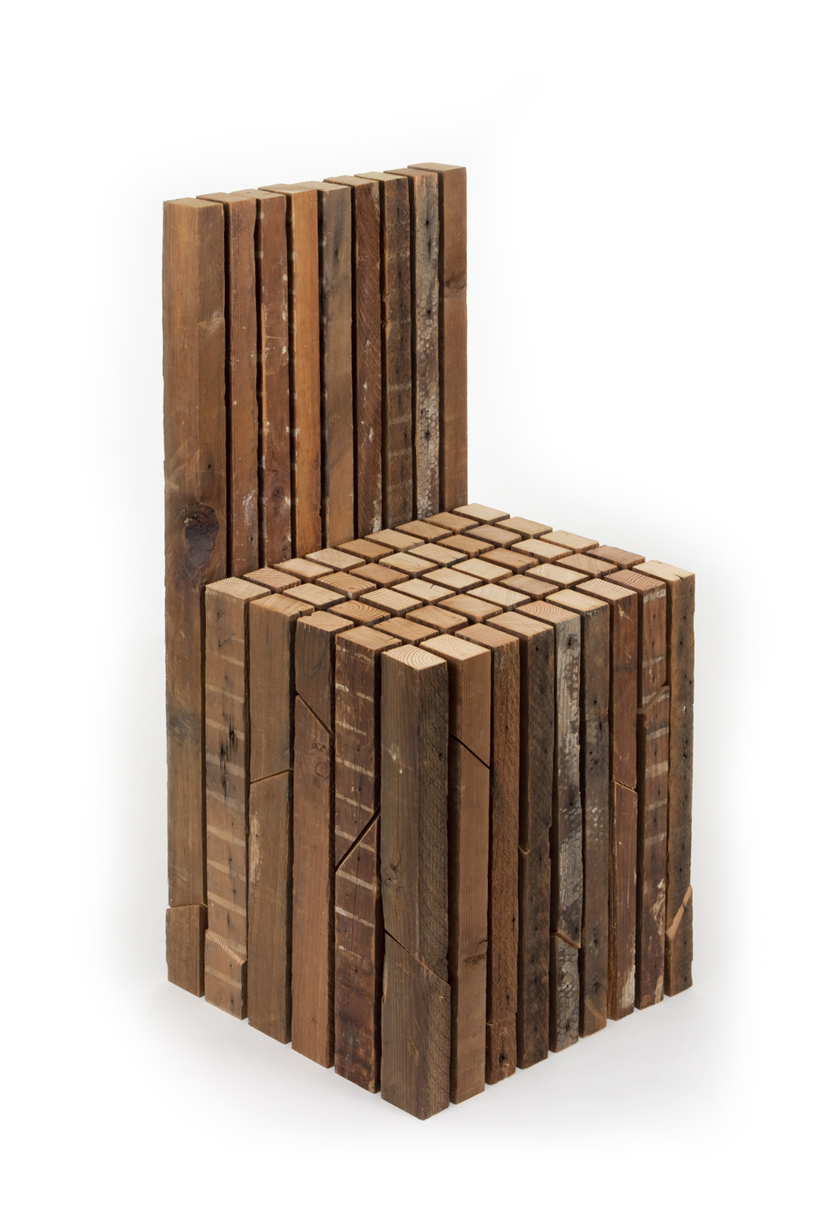 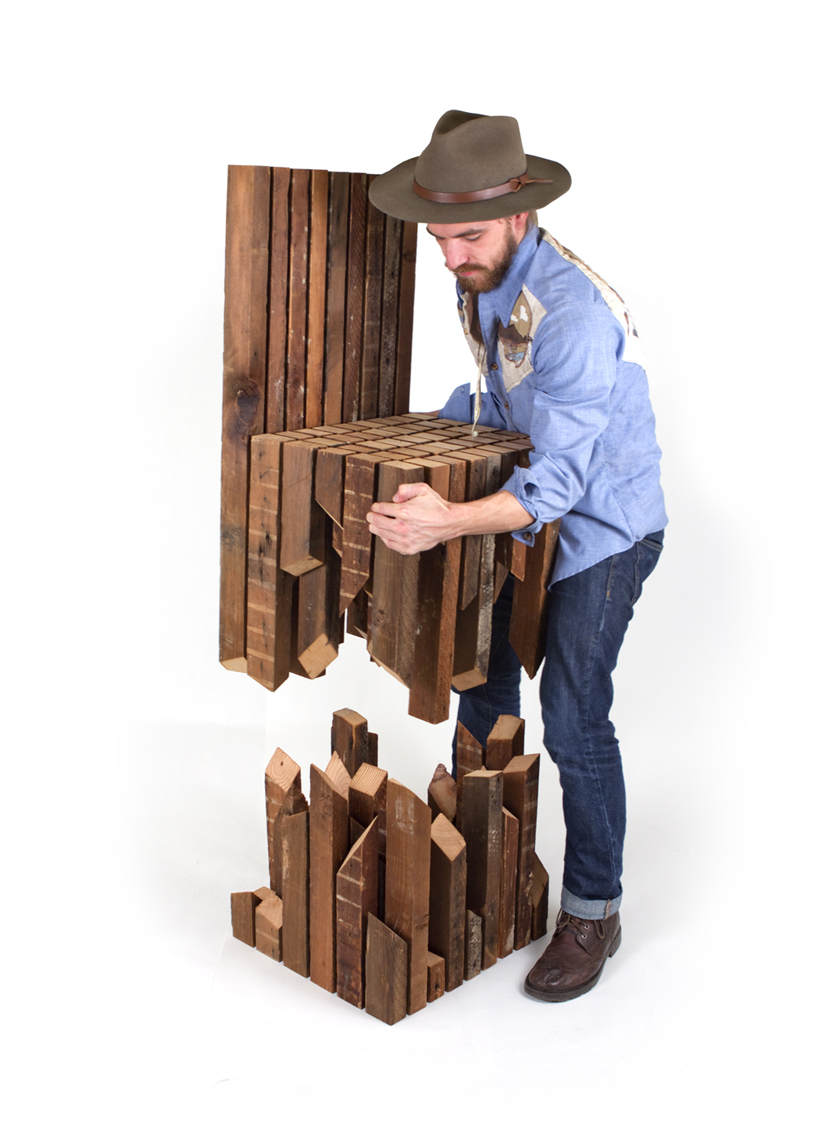 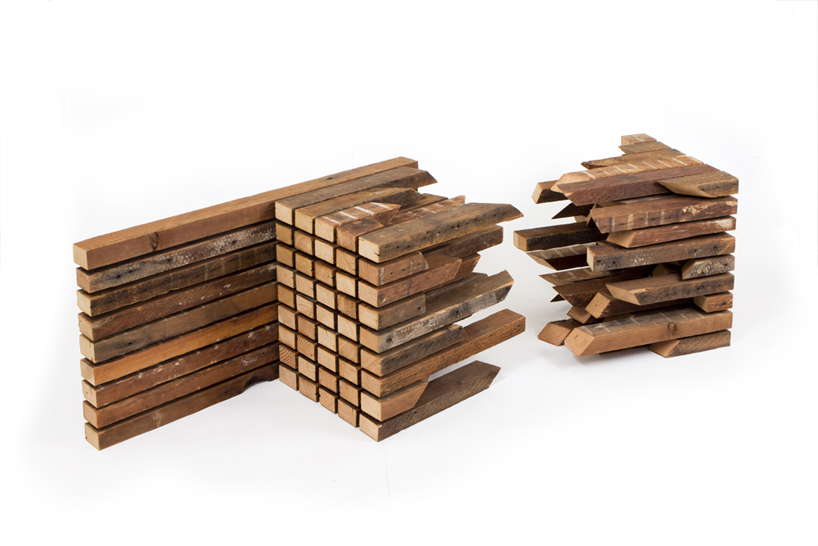 Oct 04, 2022
zena holloway launches a collection of bio-designs grown entirely from grass root
the project explores the promising possibility of root-grown textiles and imagines a future where fashion is sustainable and compostable.
design
806 shares
readers
connections: 35