an architectural undergraduate degree project titled ‘the bank of providence’ by mehruss jon ahi. the concept proposes that amongst the rich and powerful, the architect is a key conspirator in the expression of personal legacy and wealth through the edifice, whereas the intruder destabilizes the structure of capitalism through spatial interrogation. however, when one looks at their manipulation of space, the two are quite similar. the idea is to redefine the function and layout of the traditional finance company using the transitory program of the break-in and the static program of mini-storage as a catalyst for the blueprint. 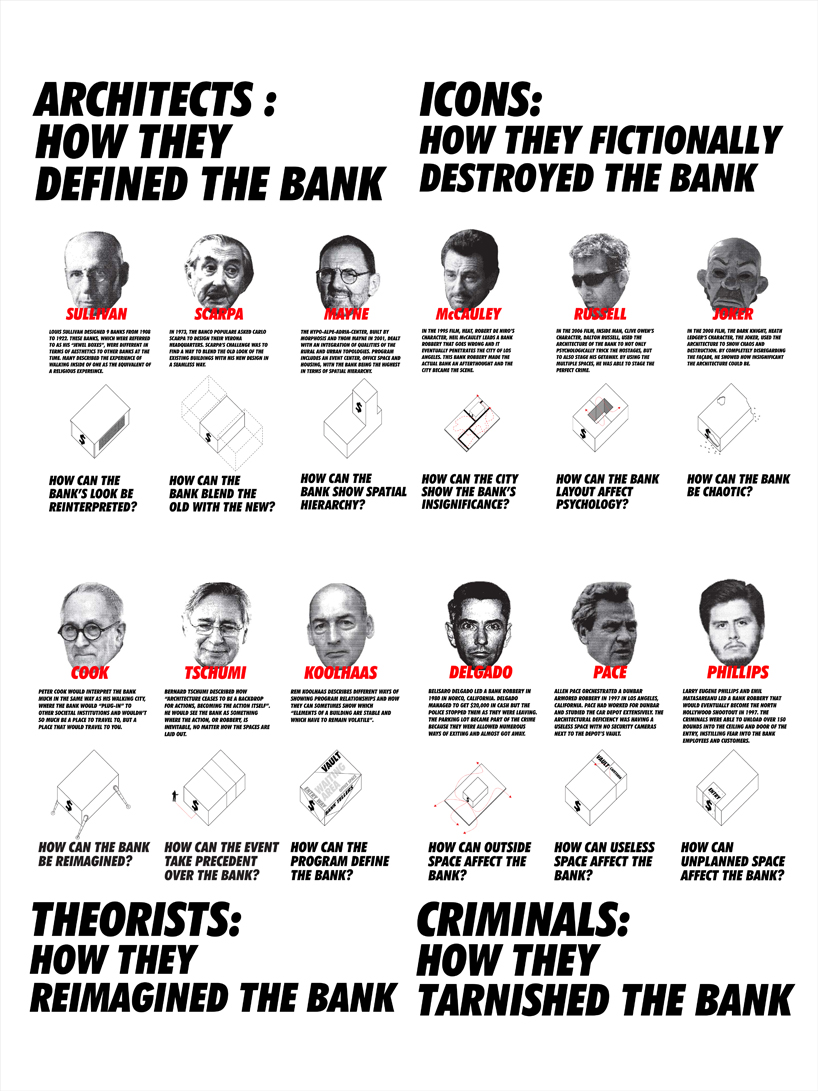 both the designer and the burglar endure a process of extensive research, long term planning, and analysis of a building’s efficiency. both use the physical building as a device in order to reach a goal. however, this objective has been compromised in regards to the financial institution. the structure of the contemporary trust company has outgrown the physical confines of the standard countinghouse. despite the migration of funds services to the web the residue of the physical establishment still holds some power as programmatic area. 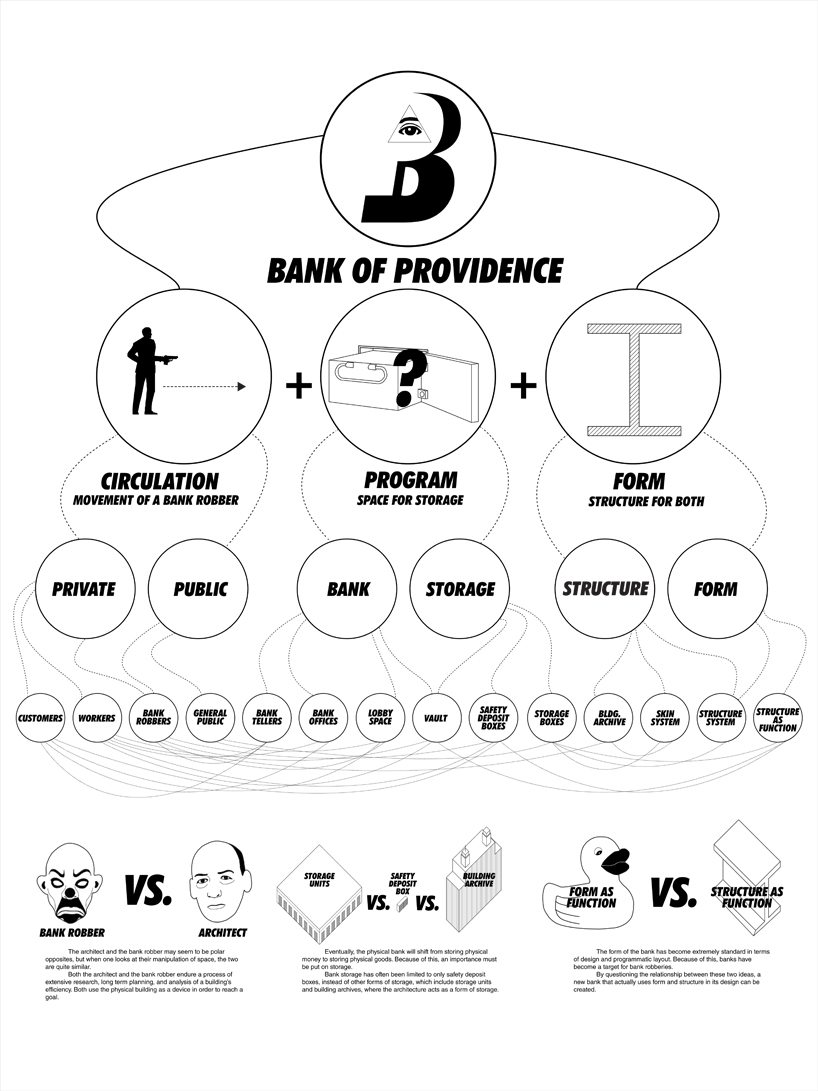 analyzing and dissecting the movements of the bank robber in order to create splices of circulation, an armature is generated that will allow for new strategic nodes to occur. coupled with material logics, this allows for tangible goods. thus, a new depository is created and a new meaning of the "bank" can be formed. 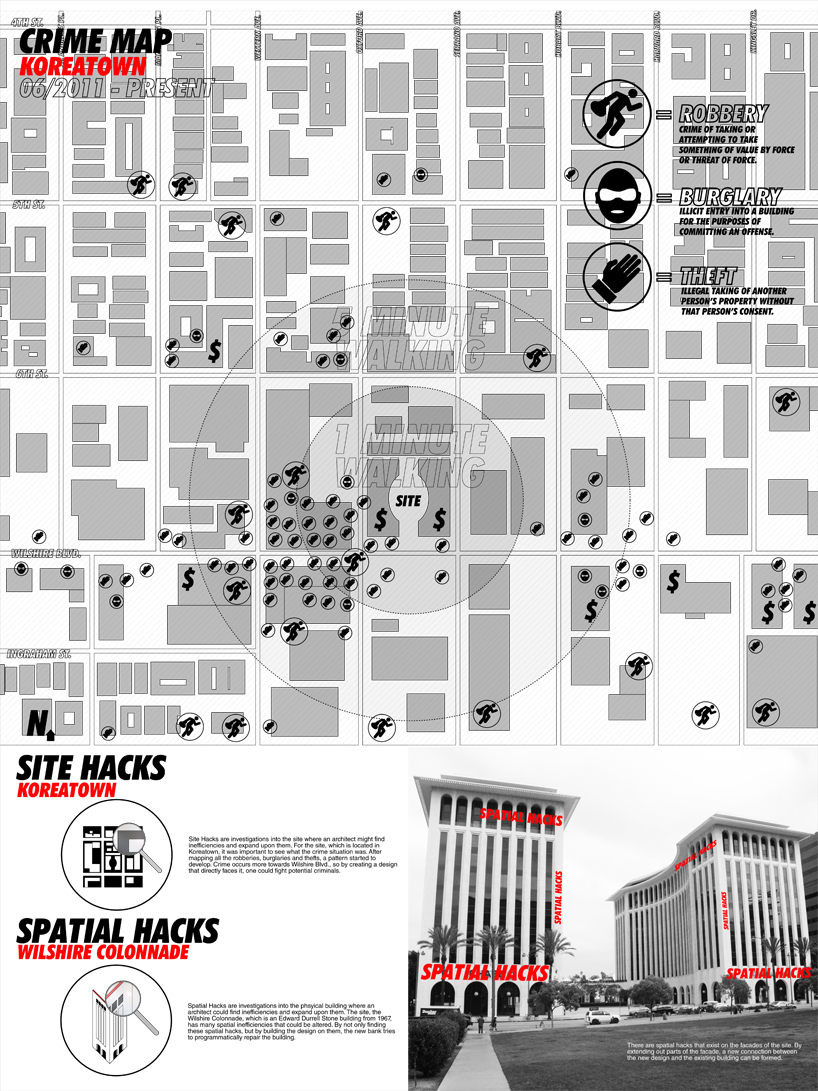 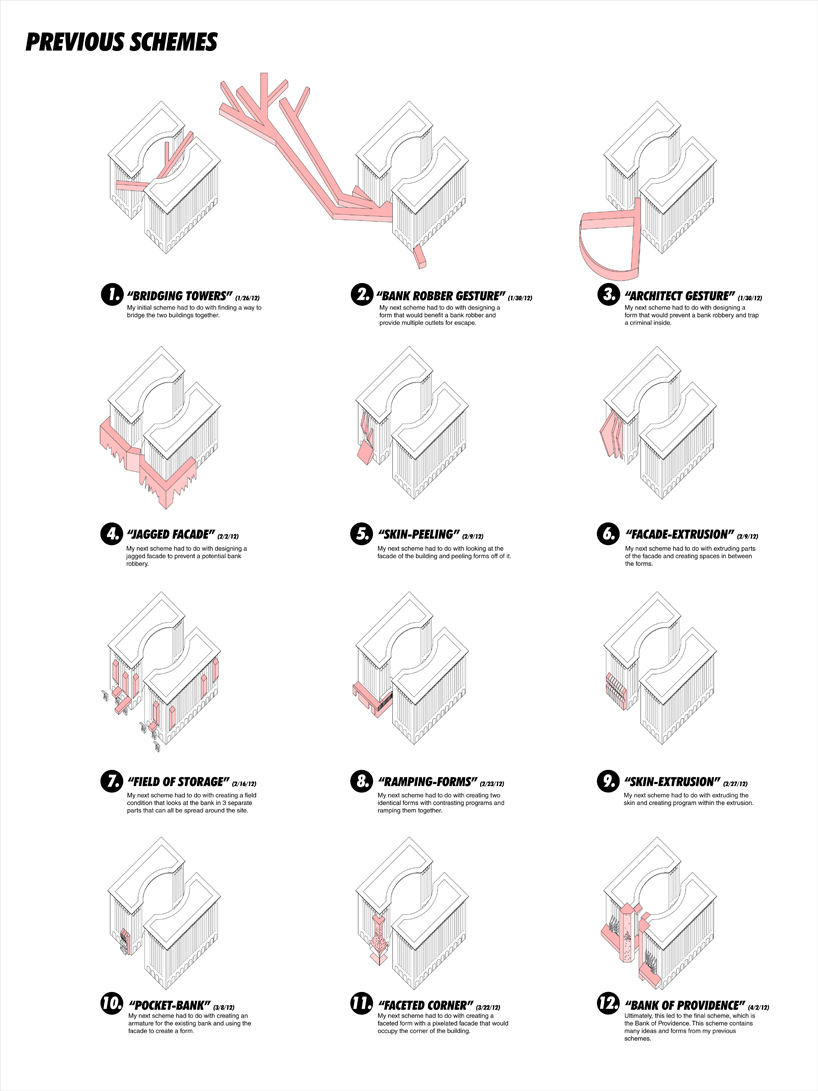 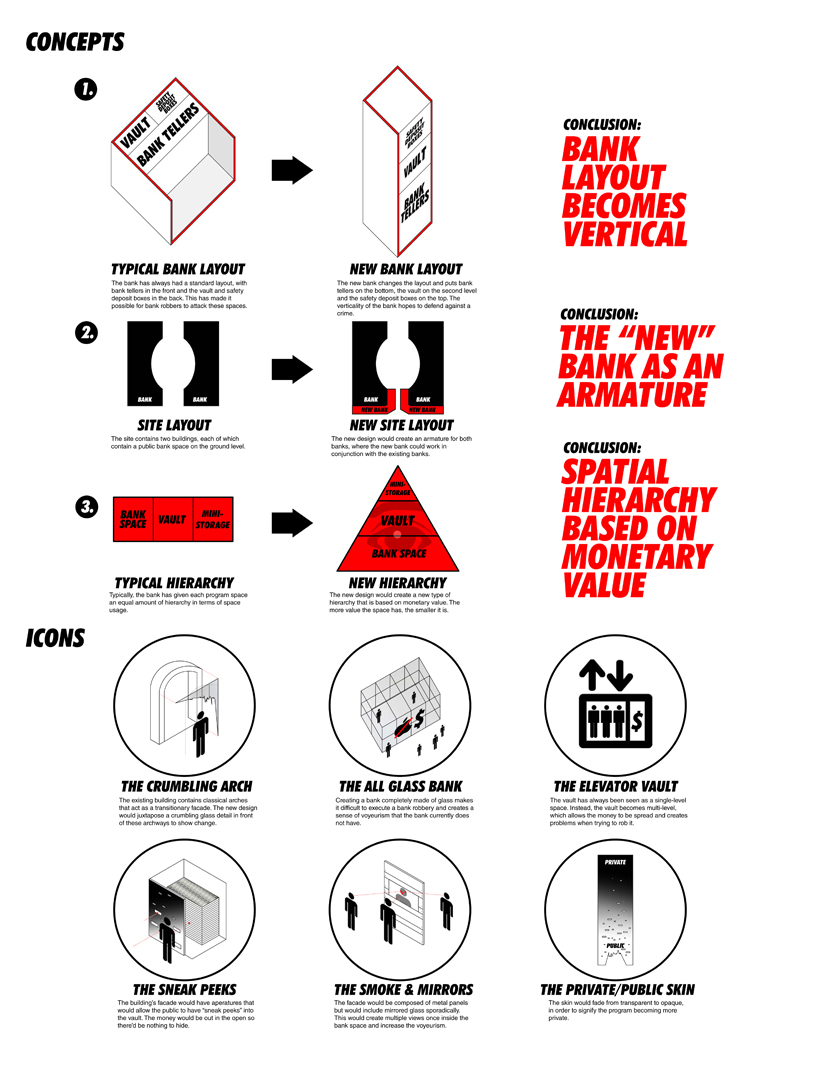 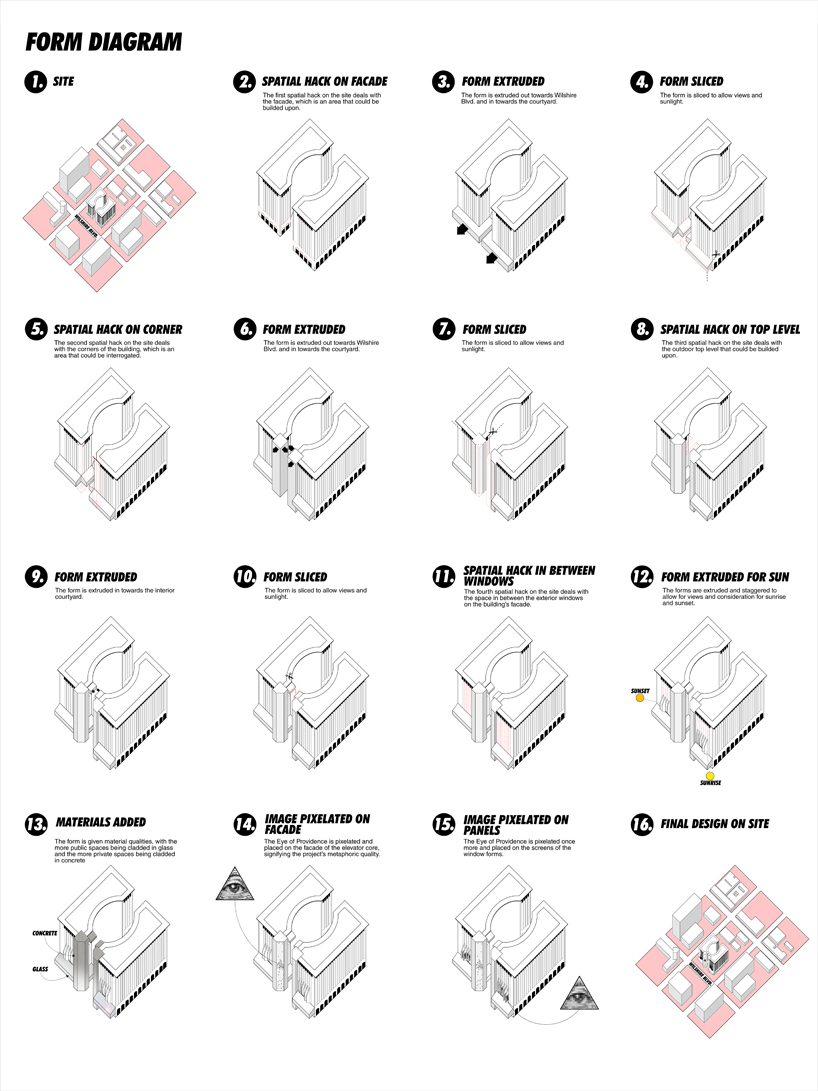 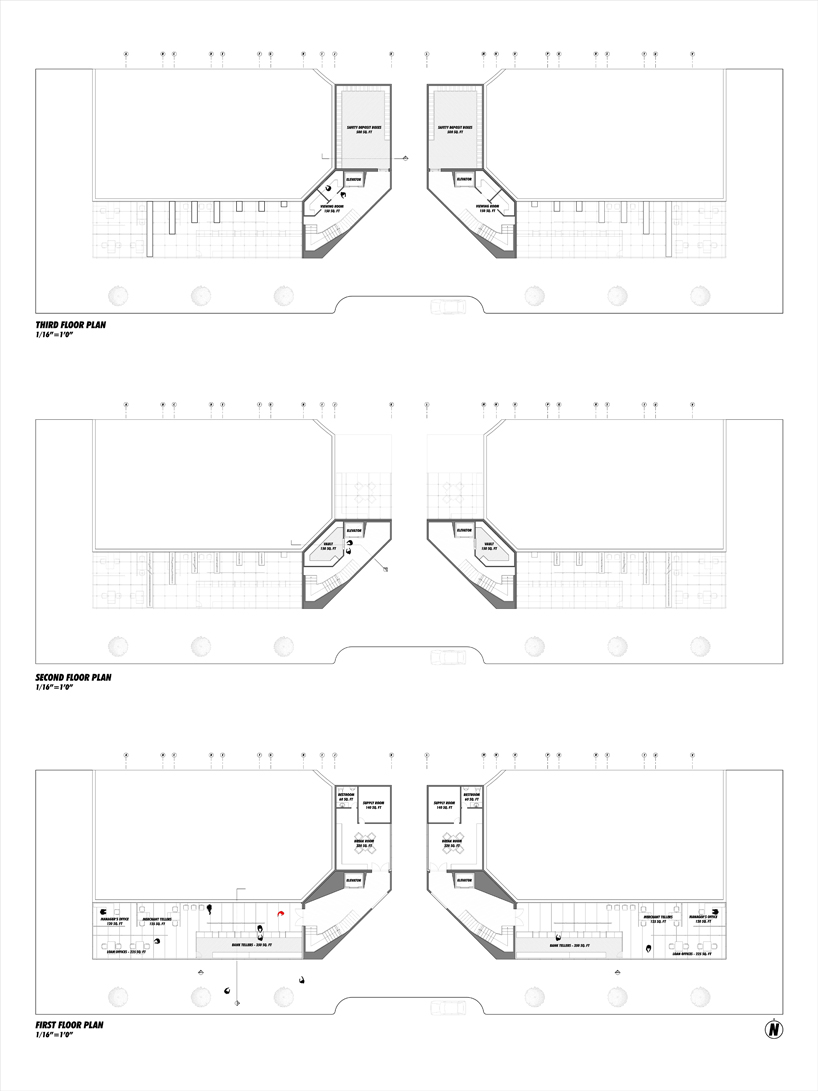 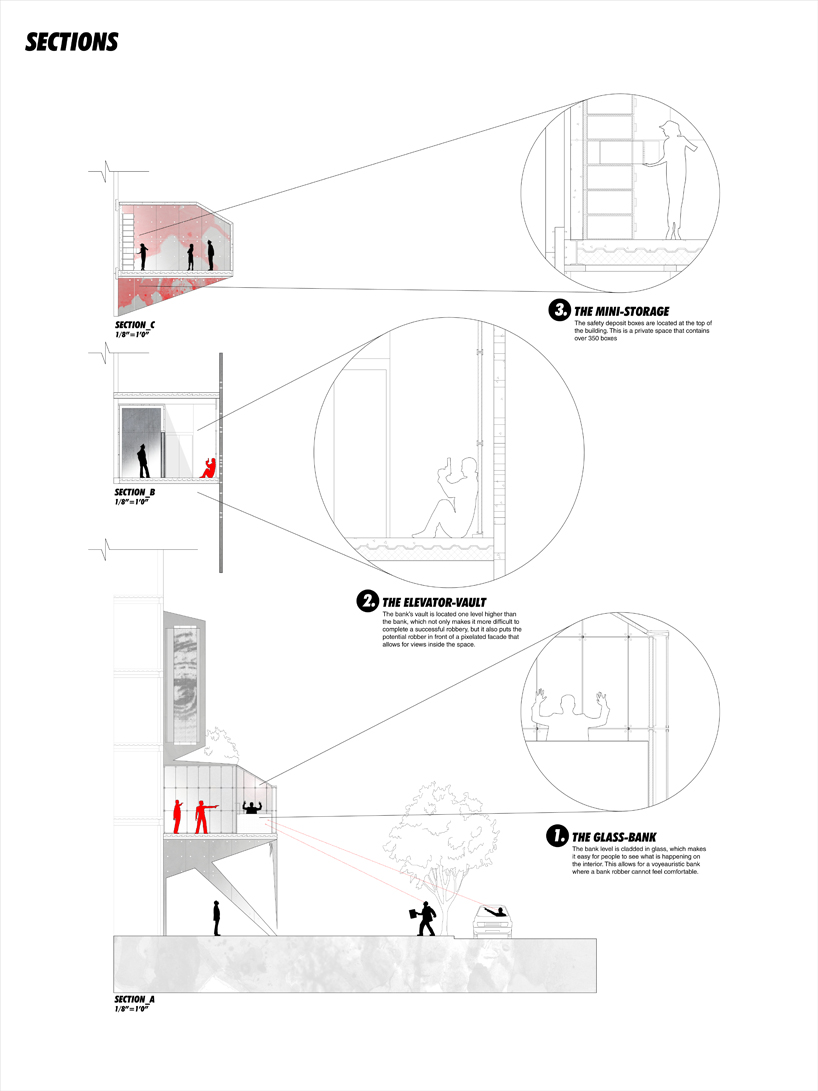 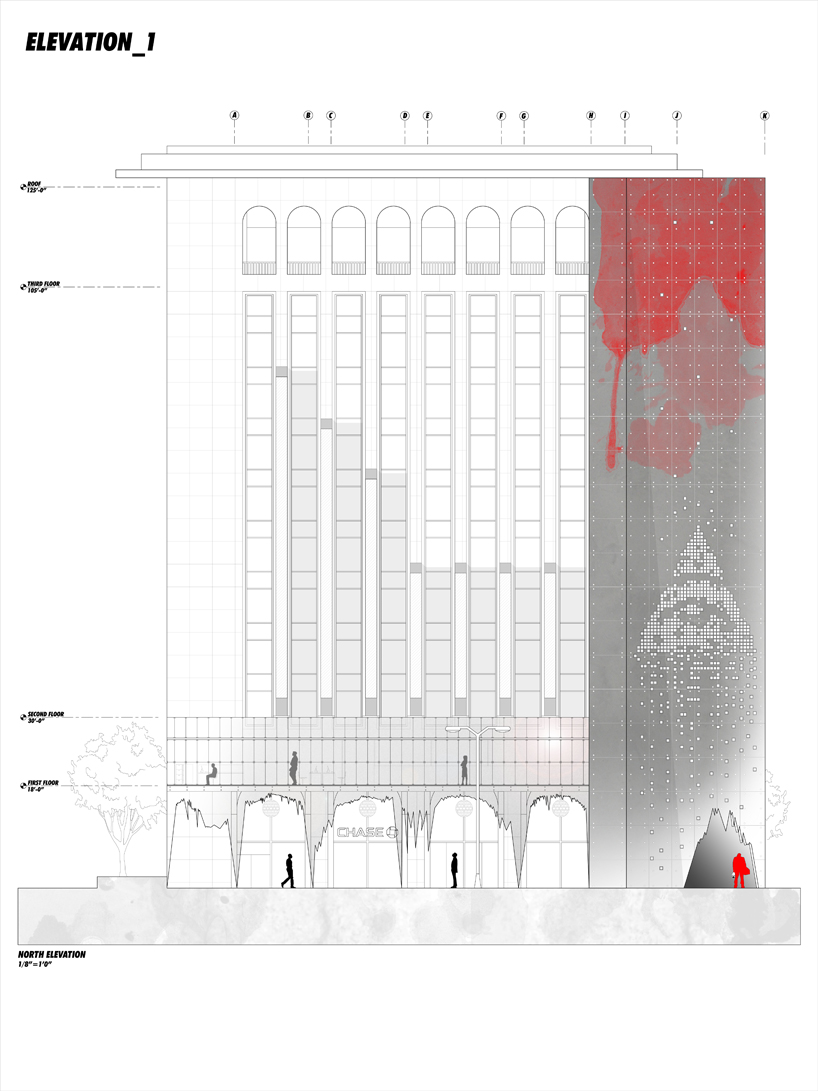 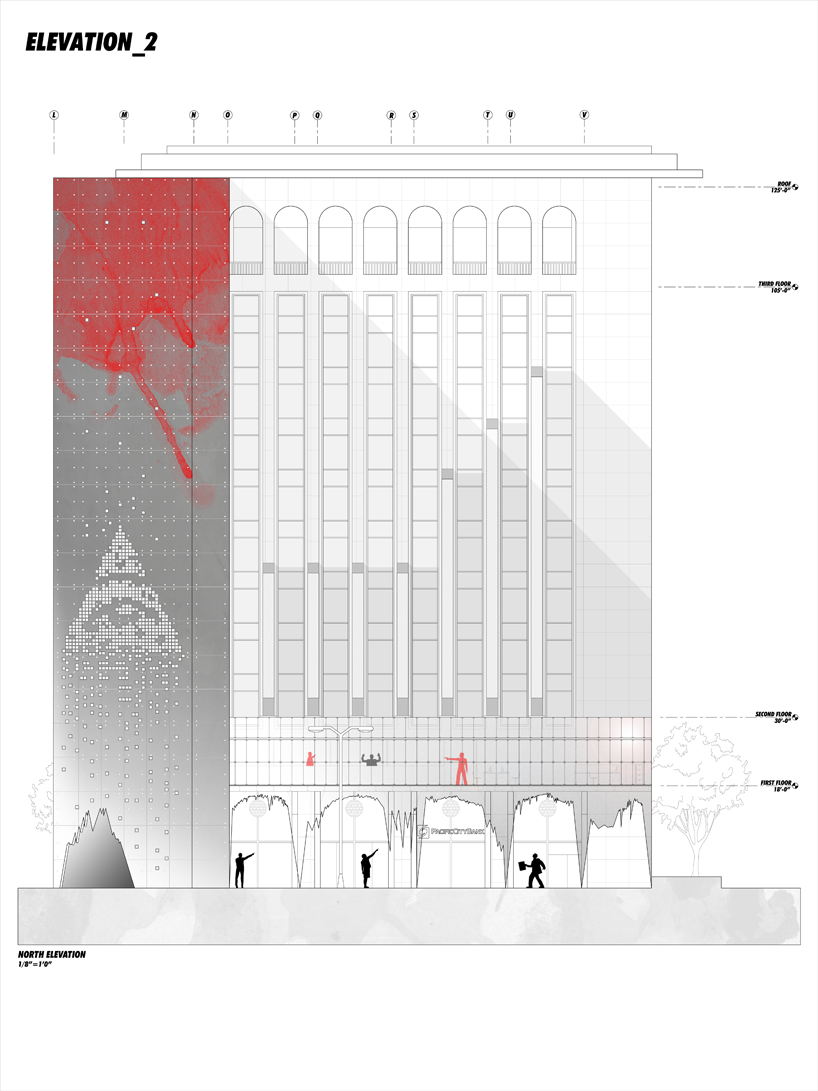 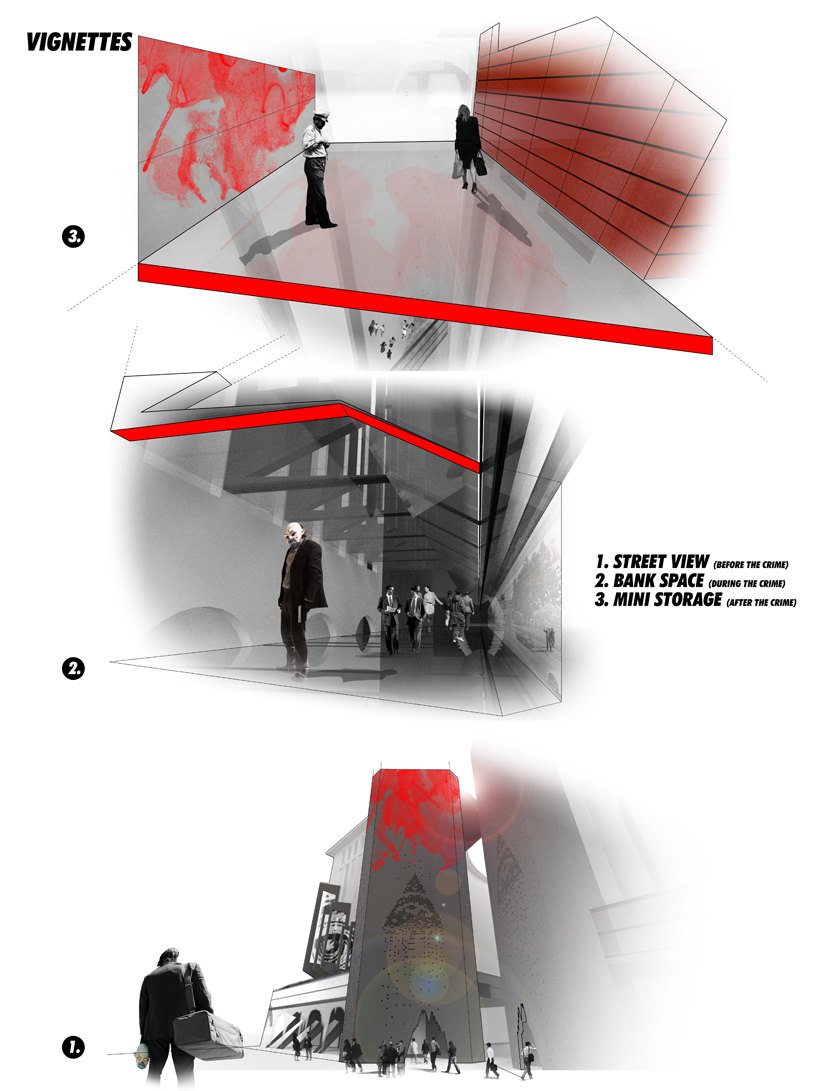 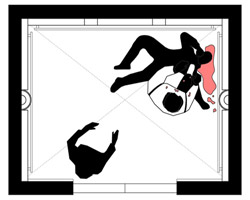 Feb 02, 2023
now complete: anish kapoor's newest 'bean' nestles into the streets of new york
the new 'bean' is snugly squeezed beneath the cantilevering slabs of the 'jenga building' in tribeca.
art
193 shares
connections: +1360