the former world record speedcubers that do the job in less than 1 second, use the industrial engines comprising step motors and high-end servos. this time, thomas used a more common little servo which is widely used on model cars, helicopters, and boats. ‘a normal servo that we could buy on the market was not faster,’ explains the designer. ‘so I made quite a lot of modifications to make it work, including redesigning the sensor, control circuit board, and the gearbox. still, with these changes, the speed was fast, but not enough to beat the record.’ 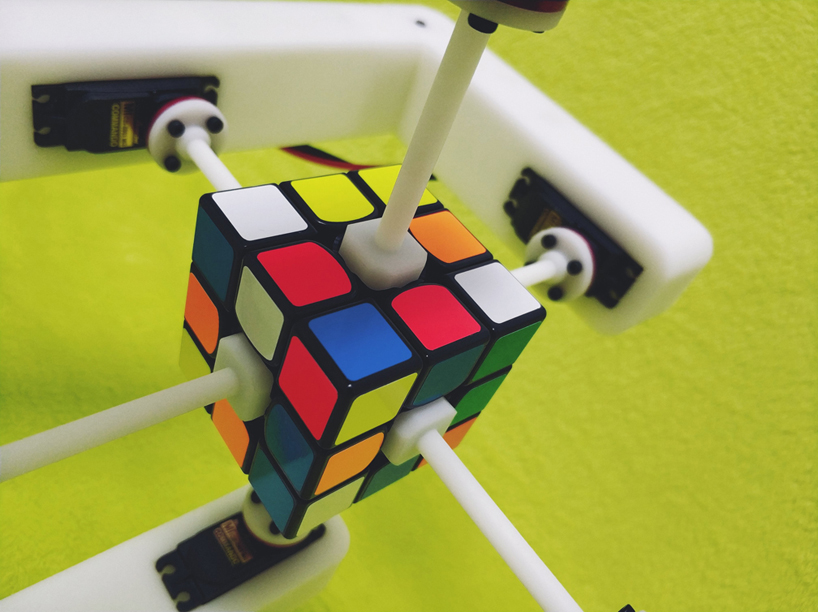 mike thomas has found an alternative way to improve the time — even though he couldn’t cut down on the 20 moves required to solve the cube, he realized that if the robot turns both opposite sides at the same time, it would perform two cube moves at once. mechanically speaking, it only consumes the time of one move. as you can see in the video, the cube needed 20 moves, but with 7 pair ones, the mechanical moves were actually 13 only. 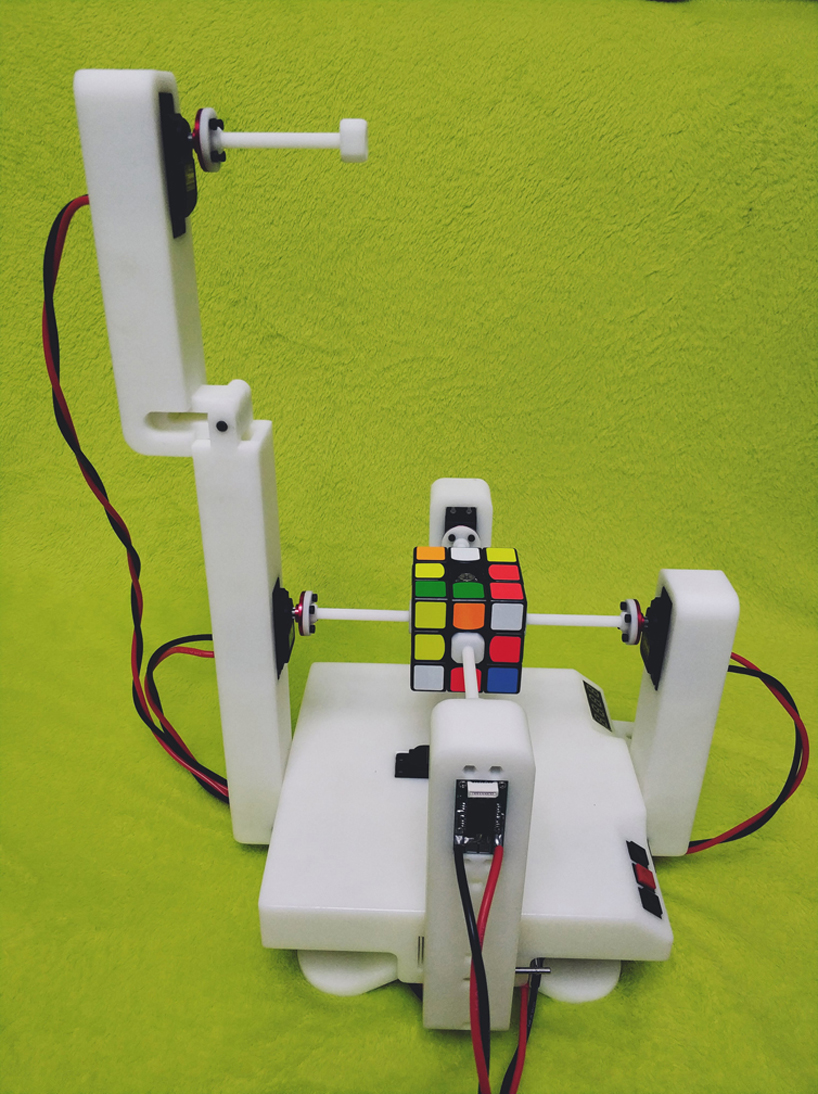 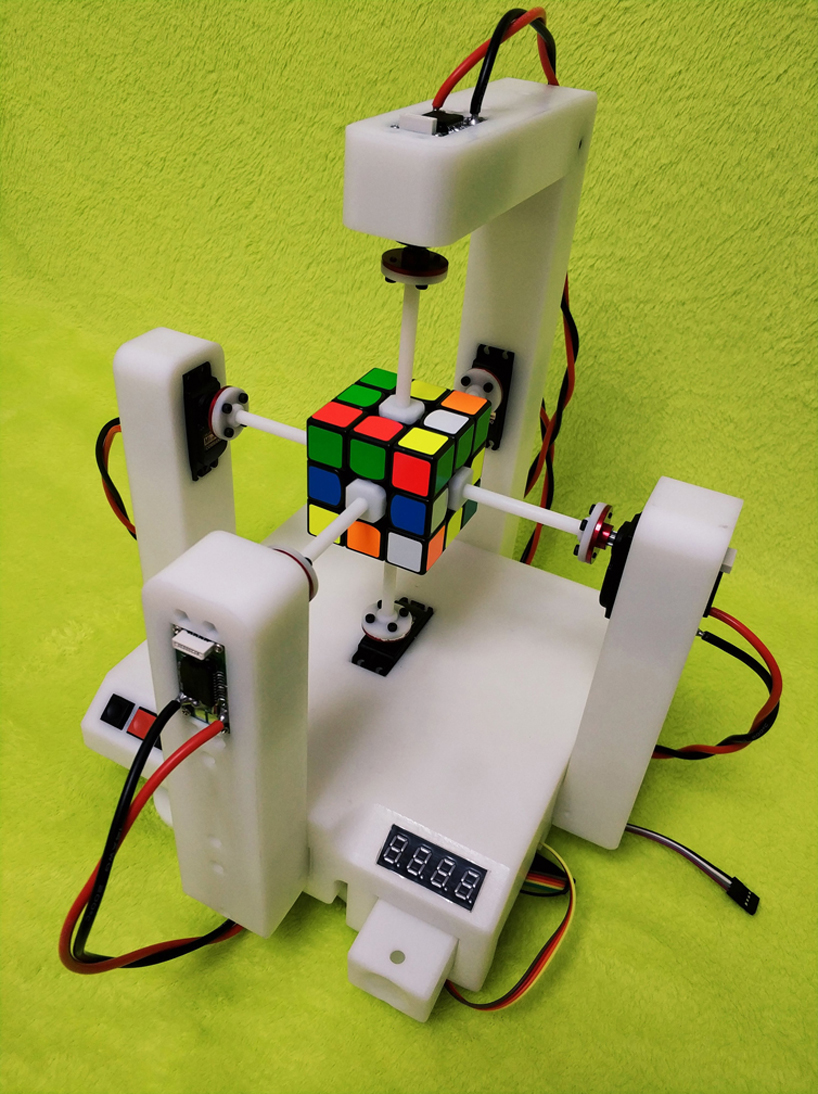 the designer explains his approach 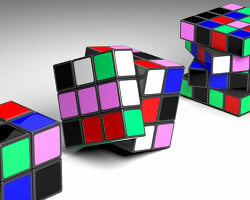