the project ‘kitchain‘ was created in 2009, by lisbon-based project studio MOOV for a competition held by the festival belluard bollwerk international – a performing and visual arts festival which takes place once a year in the city of fribourg, switzerland. the program was looking for a new concept for the organization centre that could intensify the social gathering aspect of the event.

the proposal aimed to respond to this challenge by focusing on the ritual of cooking and eating as a great detonator of socialization and idea exchange. the interaction between the temporary community members – artists, technicians and audience – is amplified and encouraged by implementing an open system which invites people, through their actions, to turn the entire space into a huge kitchen.

‘kitchain’ is a modular table-based open system, inspired by the flexibility of camping equipment. it’s constituted by four units that can be easily assembled into a structure, becoming a place to eat, to cook, or to relax. the system can be used in two ways: ready-made and do-it-yourself. the first is passive and people can observe the professional chefs at work and taste their delicacies. the second is active and gives visitors the opportunity to make their own meal by using the two kitchenette units and the barbecue incorporated into the structure. the artists who participate in the festival are also challenged to cook with the audience, getting to know each other in an unconventional and more informal way.

the ‘kitchain’ has been created to be used at the belluard bollwerk international as a long-term project, aiming to explore, over the years, the flexibility of the system and the possibility of creating infinite layouts which will renew, every year, the concept of the space, as well as creating a connection with the visitors who will gradually get used to take an active part in the festival.

at present, the project has been assembled three times in the festival belluard bollwerk international (2009-2011) and as a special edition in the artefact festival 2012 in leuven, belgium. the entire process is documented in a blog that, once a year, during the period of the festival follow and share the big and the small stories that take place in and around the ‘kitchain’. 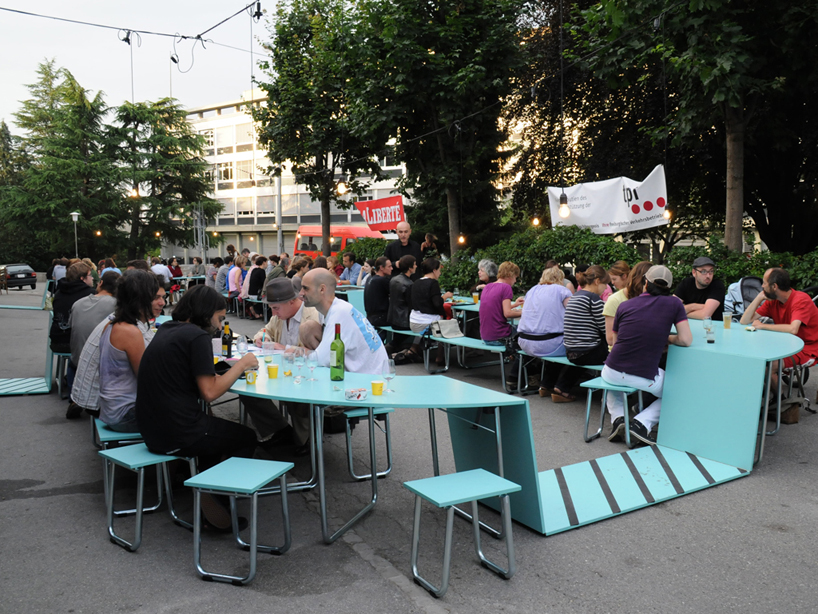 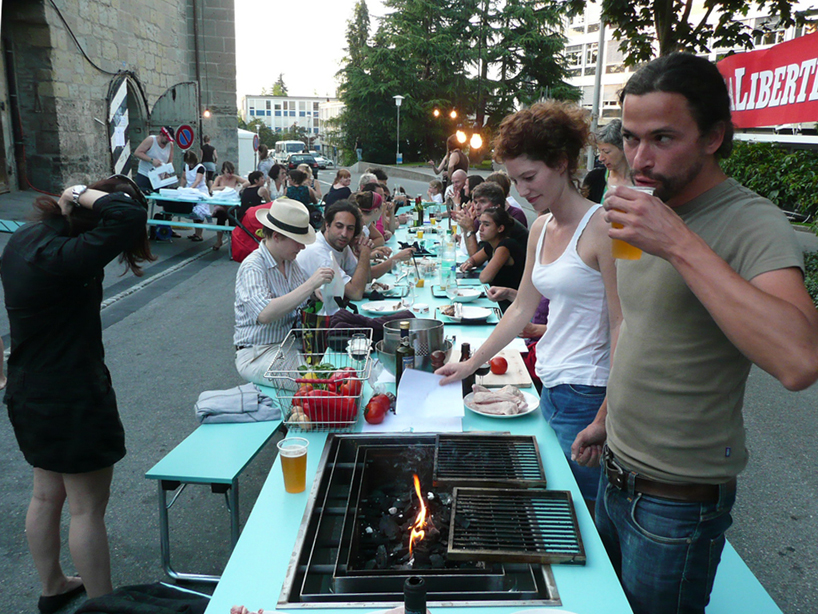 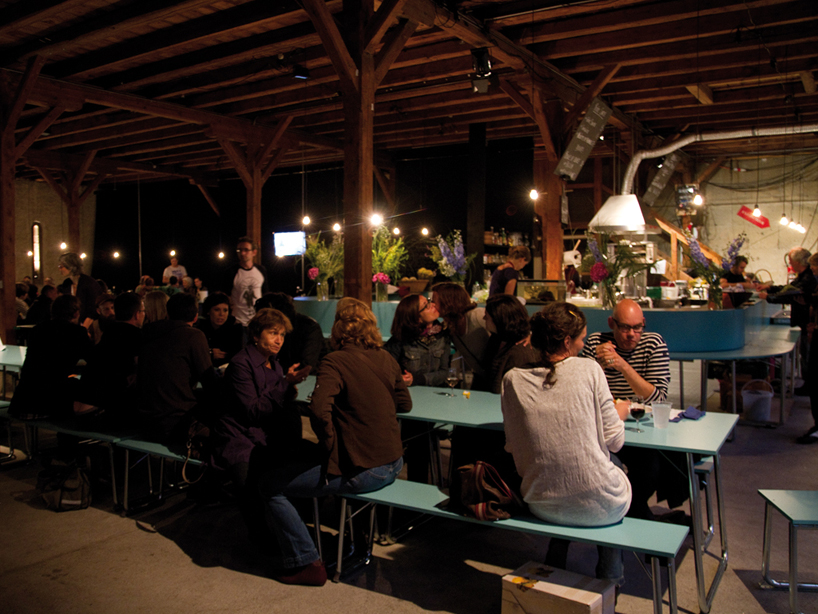 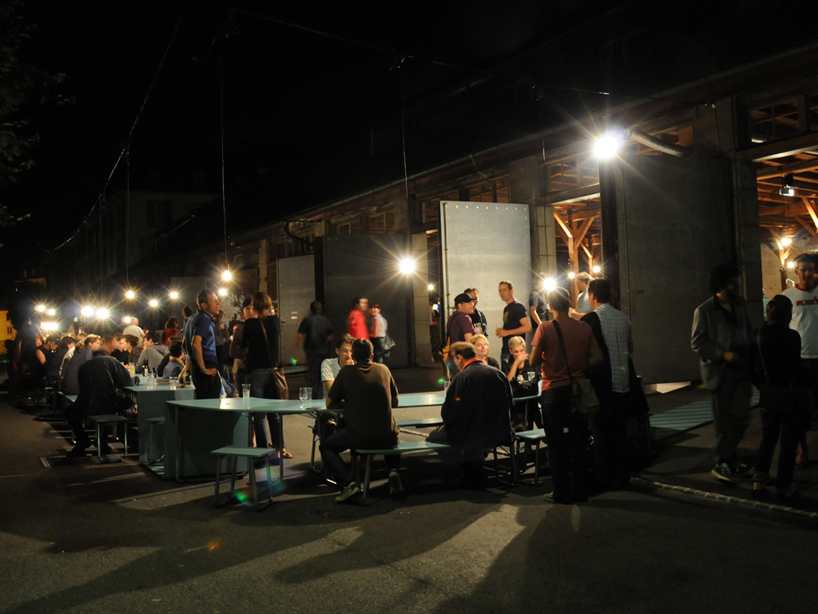 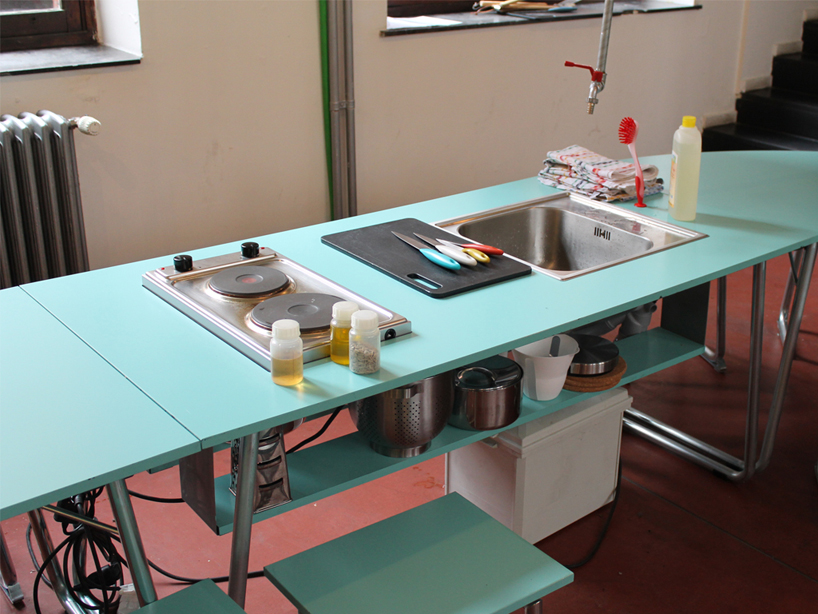 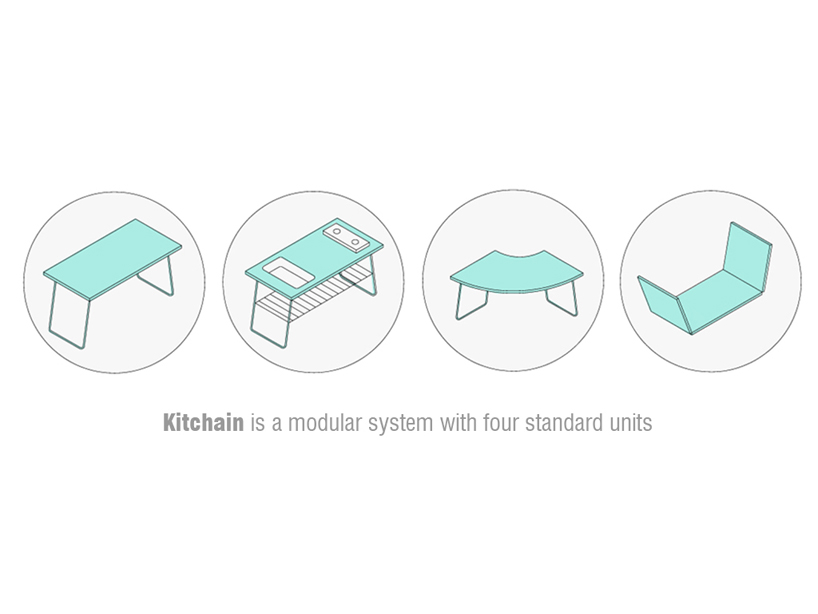 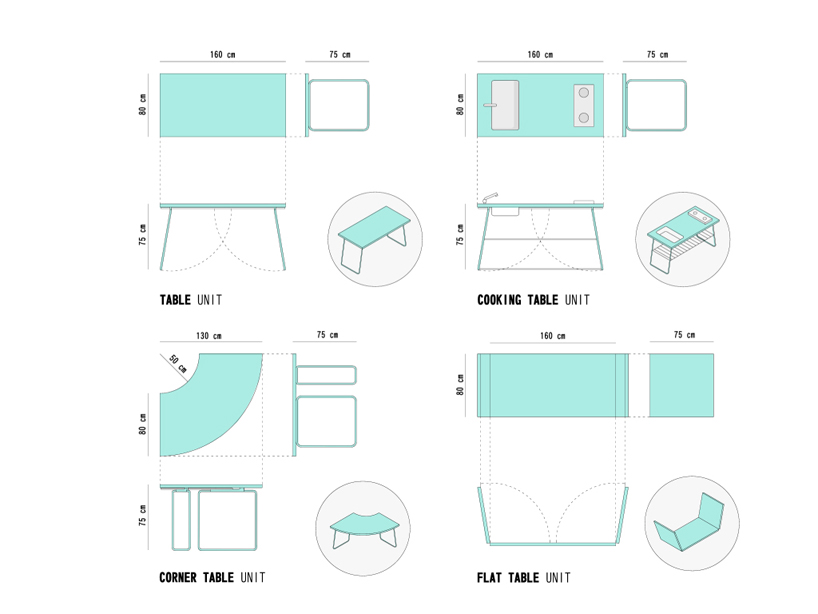 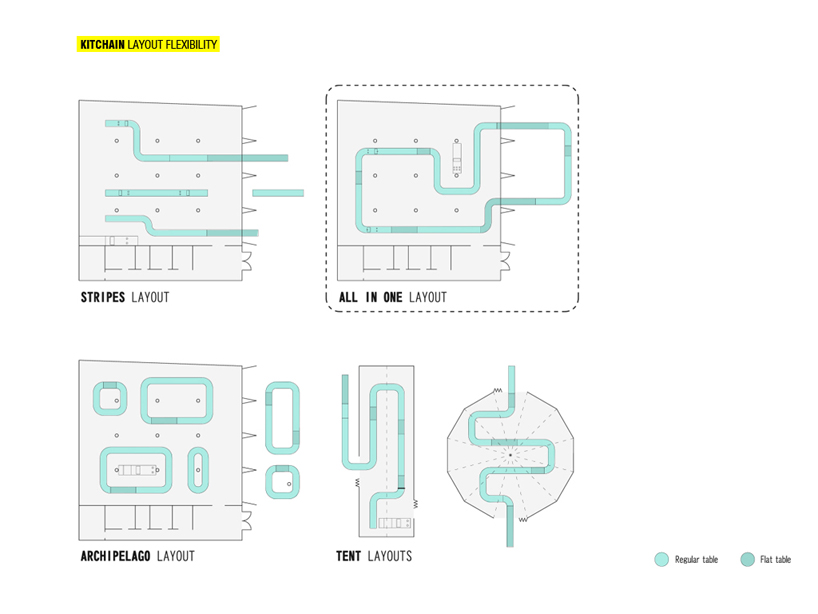 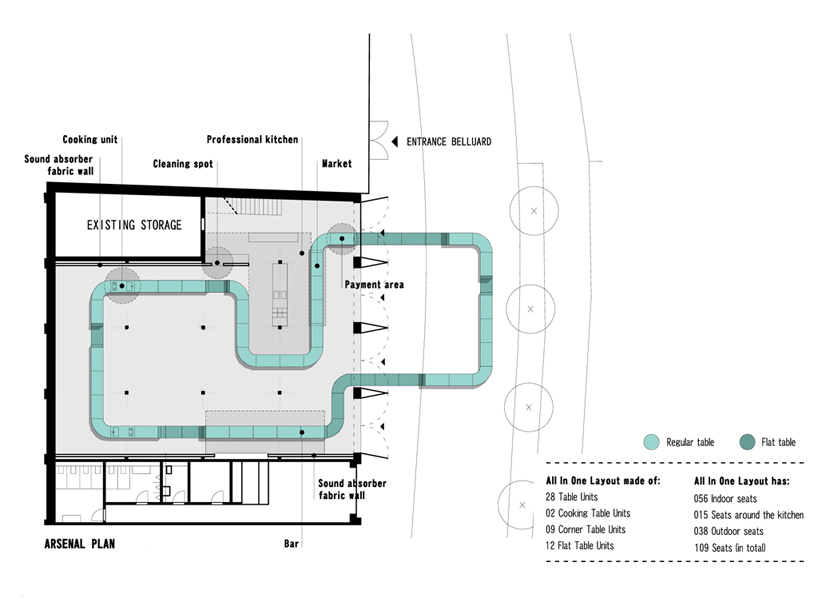 plan of installation at the festival 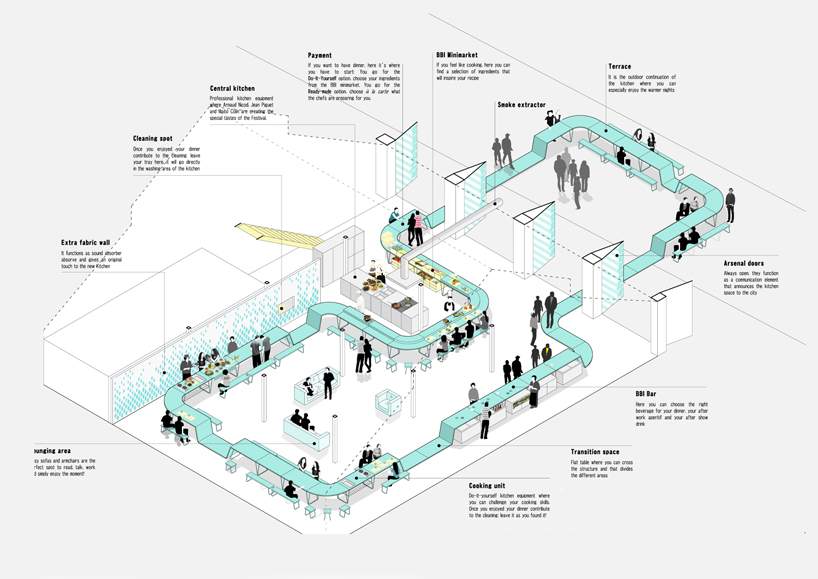 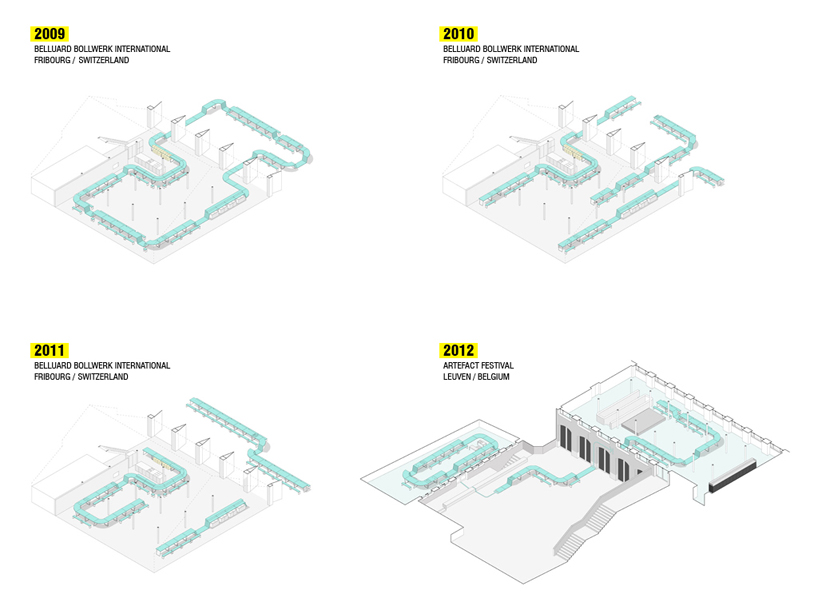 layout  through the years 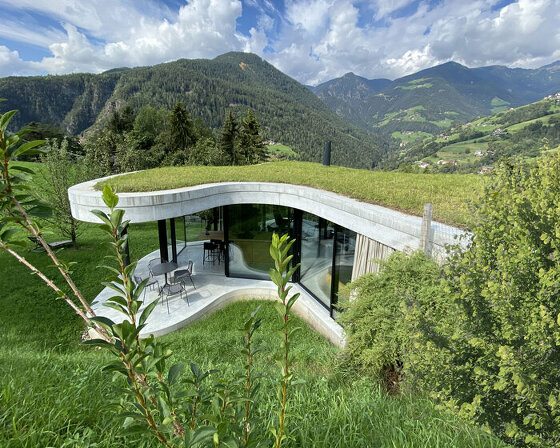 Feb 02, 2023
now complete: anish kapoor's newest 'bean' nestles into the streets of new york
the new 'bean' is snugly squeezed beneath the cantilevering slabs of the 'jenga building' in tribeca.
art
435 shares
connections: +1370