'node 1' is an imagined satellite recycling and manufacturing space station

montreal-based designer olivier desrochers has developed the ‘méo shelf’ a bracket system which was part of a temporary installation during toronto design week for canadian furniture company domison entitled MOTO. the unit is similar to a game of building blocks ready to assemble. its construction is a modular composition that embodies its own relationship between colors, dimension and positions based on the aesthetic principle of neoplasticism. the richness and depth of the oak bring a sense of tradition to the saturated colored scaffolding elements, a duality between the rigidity of the piece and its slanted yet controlled position.

the 1 ½ inch thick planks of solid oak and its steel supports were designed to secure themselves into each other with accurate and precise angles of the frames and wood mass. to accommodate the consumer craving to customized the product, the colorful skeleton is available in a variety of bright colors and may be sold separately, enabling the choice of the material according to the region of its user. despite the rigorous use of tone, the composition is made of tempered forms reduced to angulated rectangles. it reminds us all of the joy and happiness a simple toy punctuated by a few bright shade can provide a child. 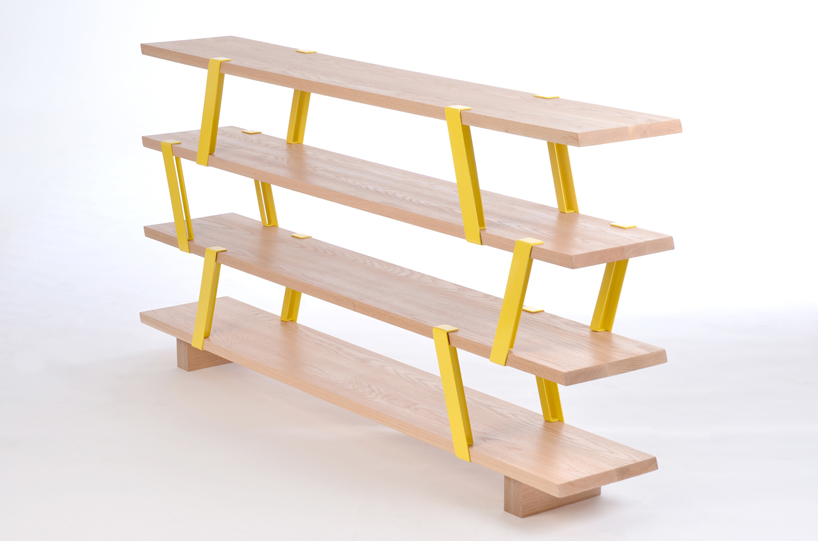 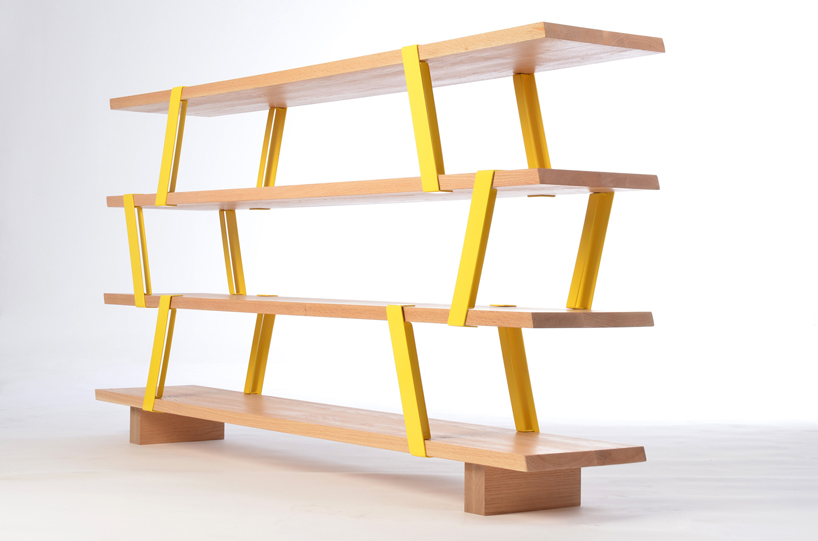 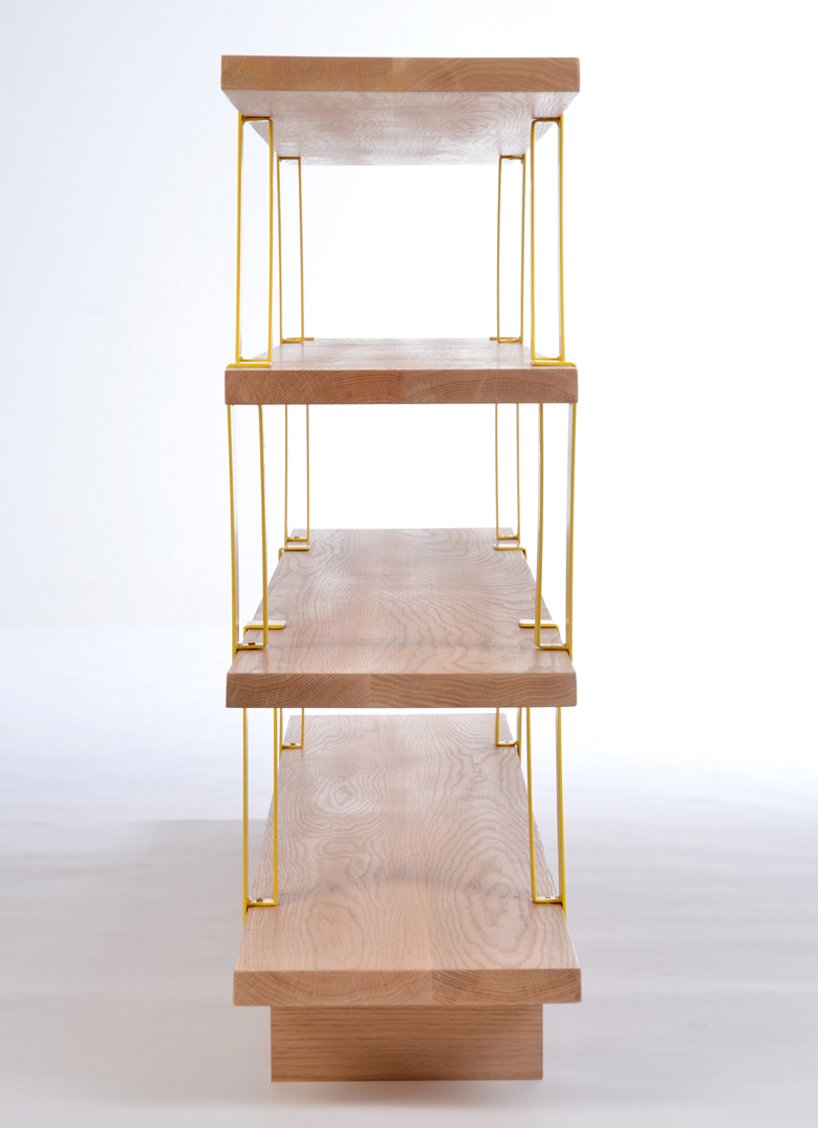 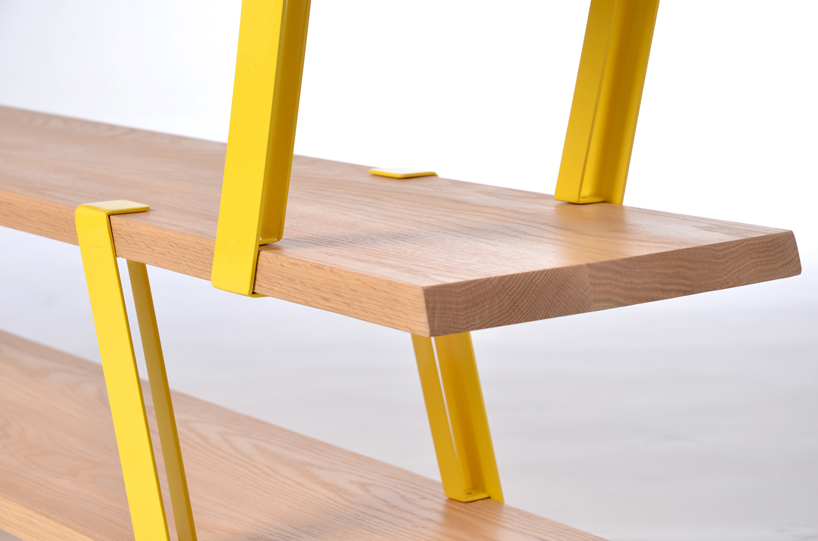 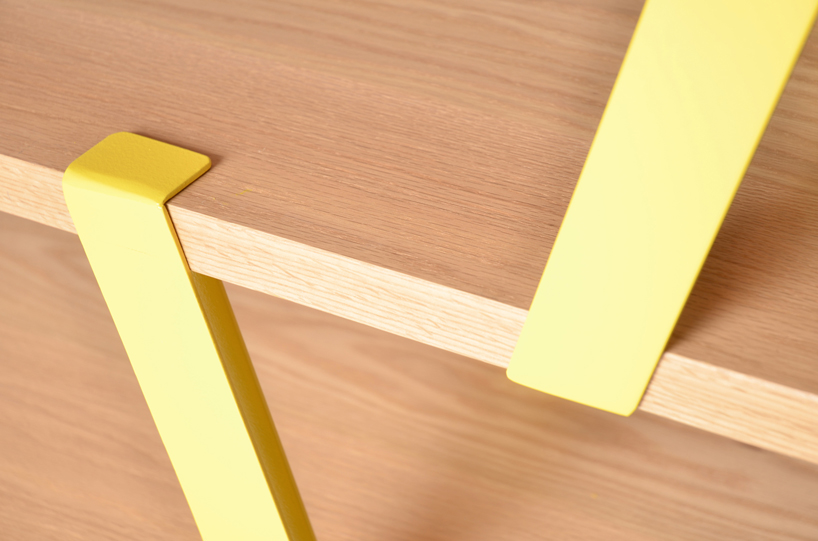 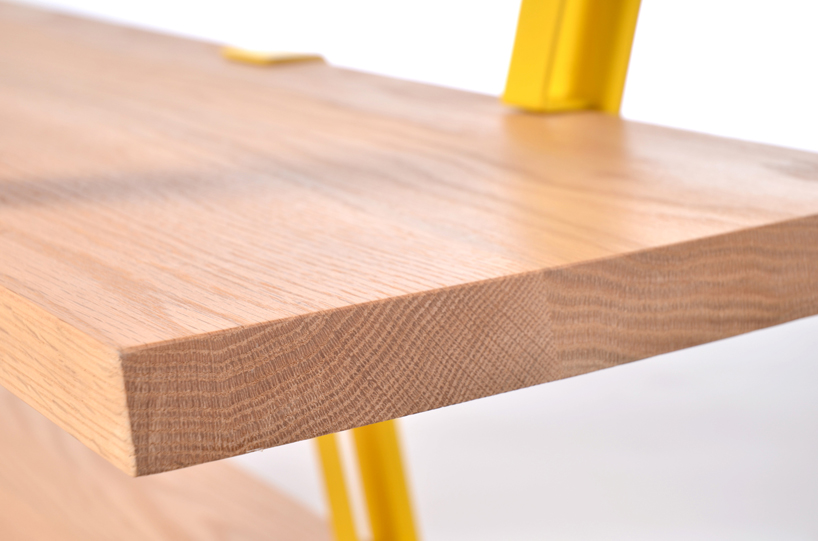 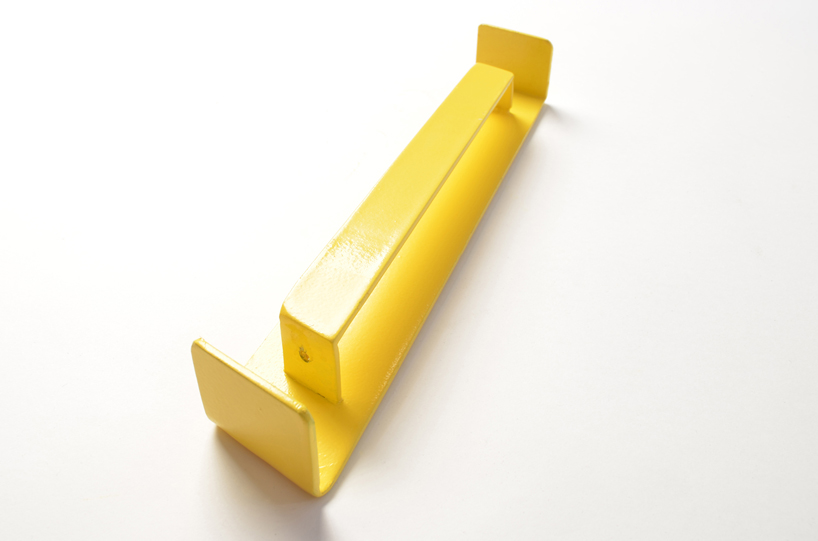 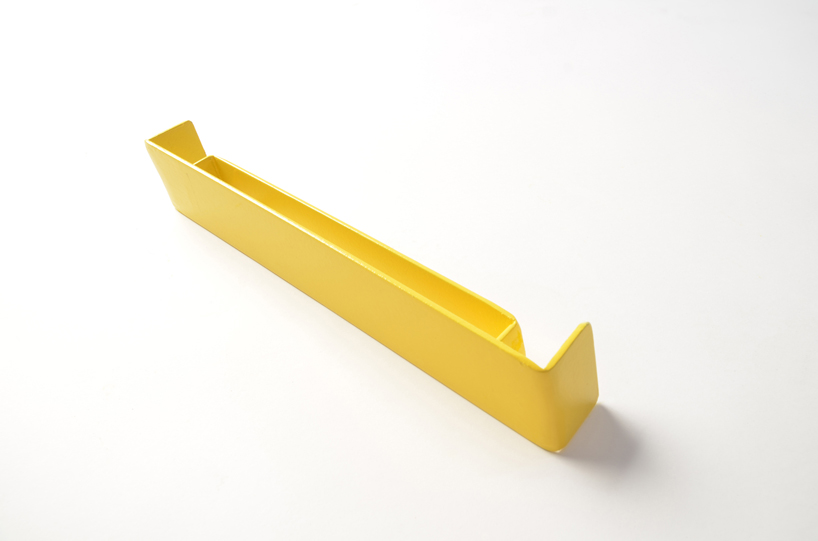 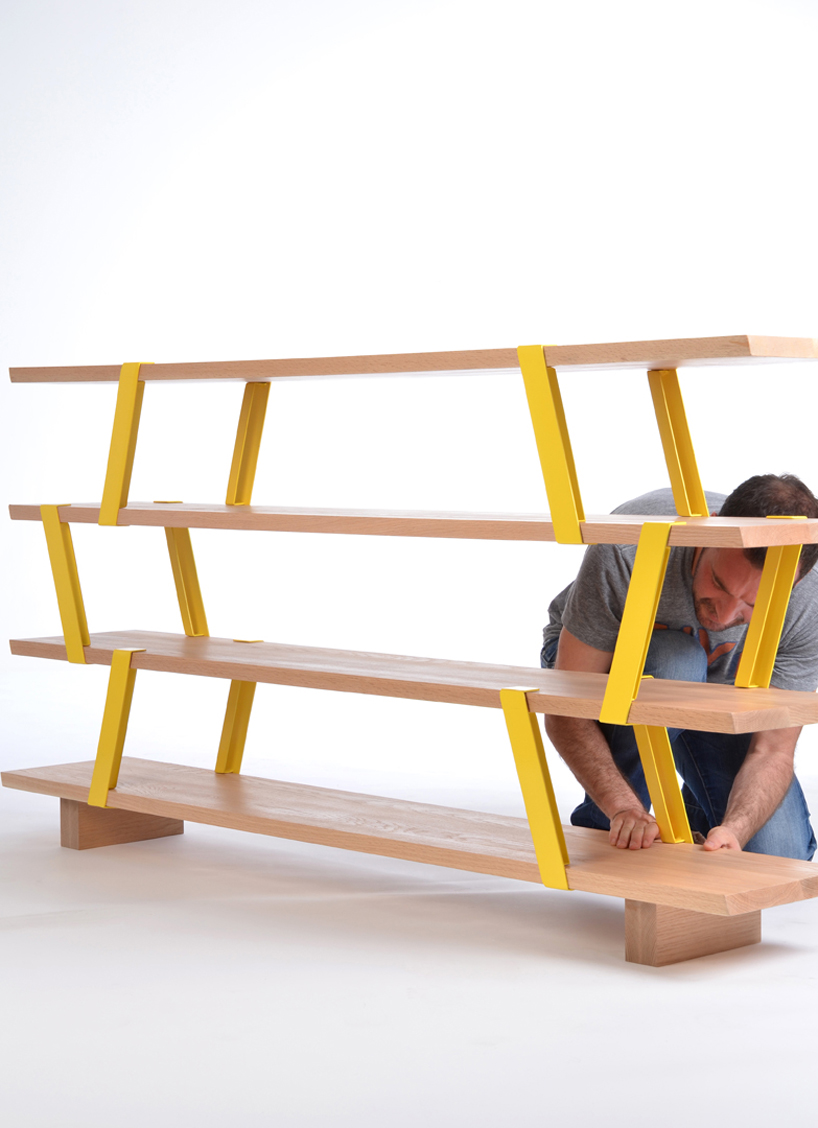 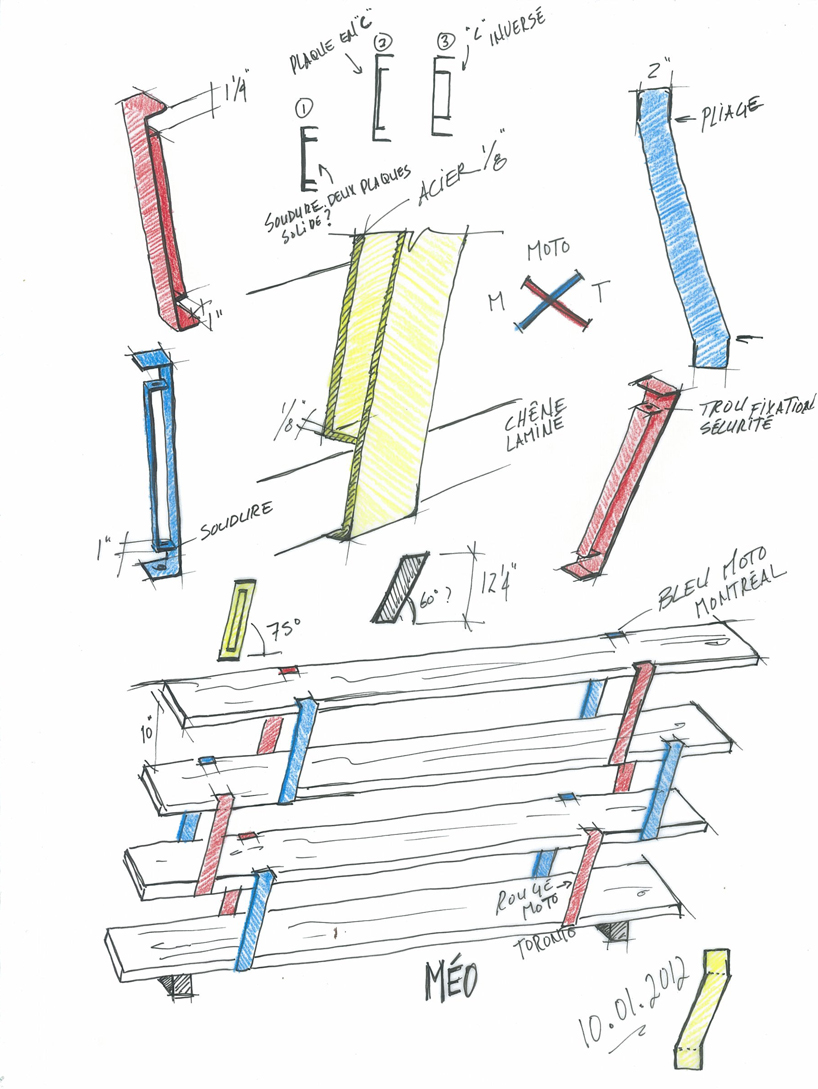 Jan 24, 2021
mold architects embeds nCAVED house into the island cliffs of greece
the dwelling exists without an exterior form, but as a series of occupiable volumes subtracted from the earth.
architecture
+3.4K shares
connections: +2990