madrid-based OOIIO architecture have developed a proposal for a ‘female prison’ located in iceland. the project started with the team asking people who live and work in the establishments what it felt like. the conclusion was that the worst thing about living in a correctional facility is the feeling that you are actually in one. as a result, this design does not look like a typical penitentiary.

the structure is based on natural light, open spaces and greenery such as peat, grass and flowers. it dismisses the dark spaces, small cells and grey concrete walls typical of a traditional prison. instead of containing the functions in a singular building, this breaks into several tiny and more human scaled pavilions. the program is complex, similar to a small village, with a hospital, schools, church and theater, all working precisely at the same time.

the structure hosts three different types of inhabitants: prisoners, workers and occasional visitors. each of the users have a very specific circulation and area where they can or cannot reside in. the design resembles the cogs of a large watch, a building like a gear assembly, were all the pieces must be on the right place to make it efficient and functional, but with the best possible relation to natural light and exterior views, to increase the feeling of freedom. 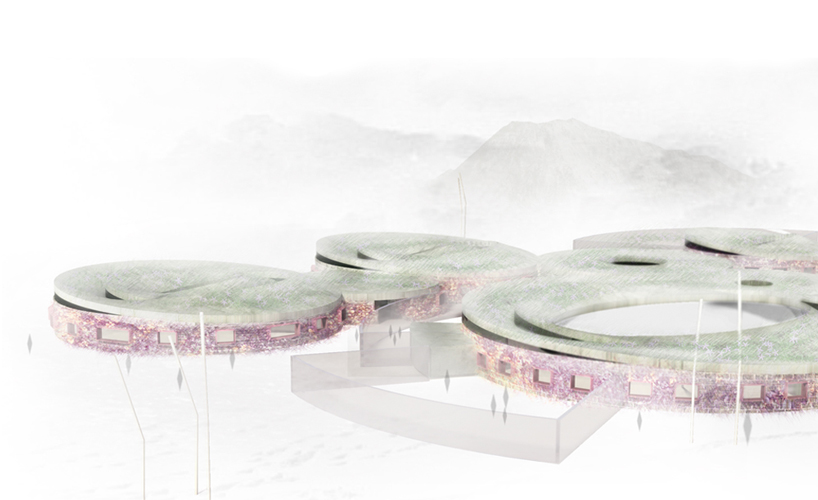 using prefabricated concrete panels the construction will be economical, and efficient. the system will allow everything to be built on a short time line, with low carbon emissions. covering the building with a thick peat layer, a vernacular design typical of iceland, will let grass to grow over the structure to capture a natural facade. it will generate an ecological isolation method needed for the harsh weather of the country.

the exterior uses metal cages containing peat that can be moved and placed on the site. the containers would plant different local flowers and grass to generate a green wall in a contemporary method. this prefabricated construction will change with the season, making life in the prison less monotonous and more human with an emphasis on nature. 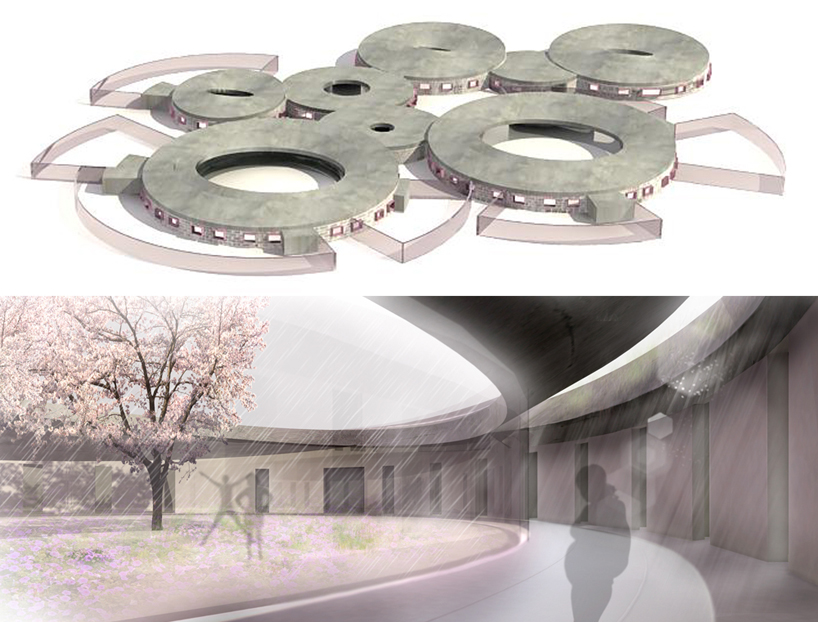 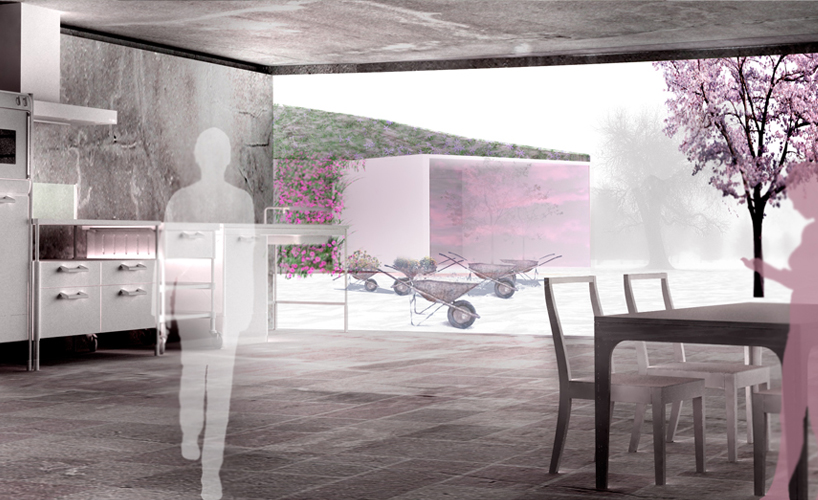 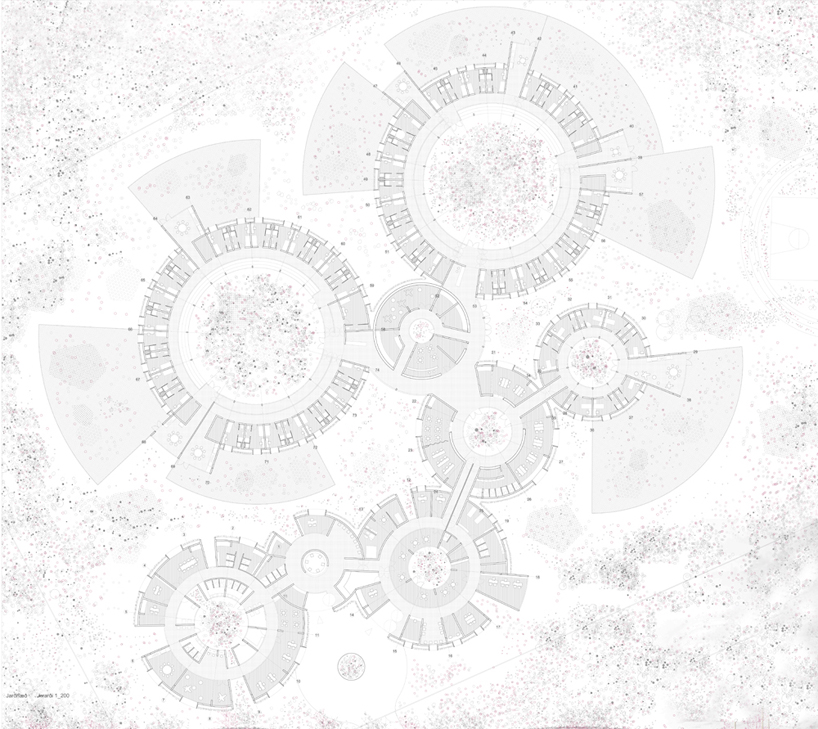 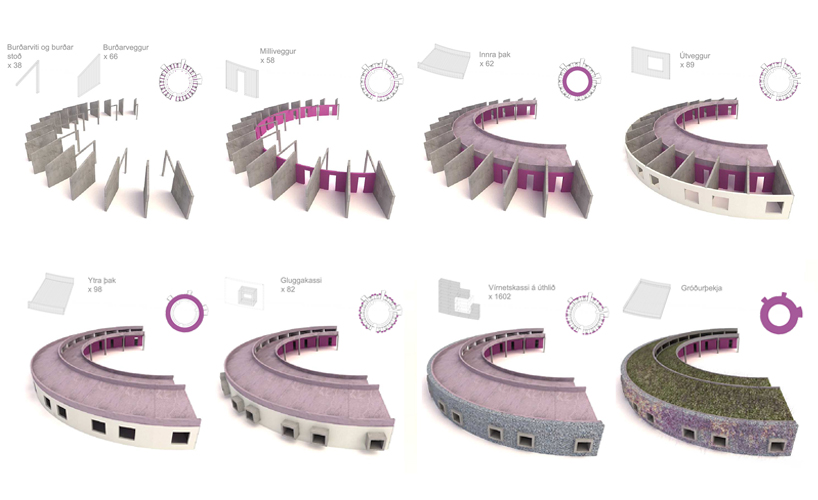 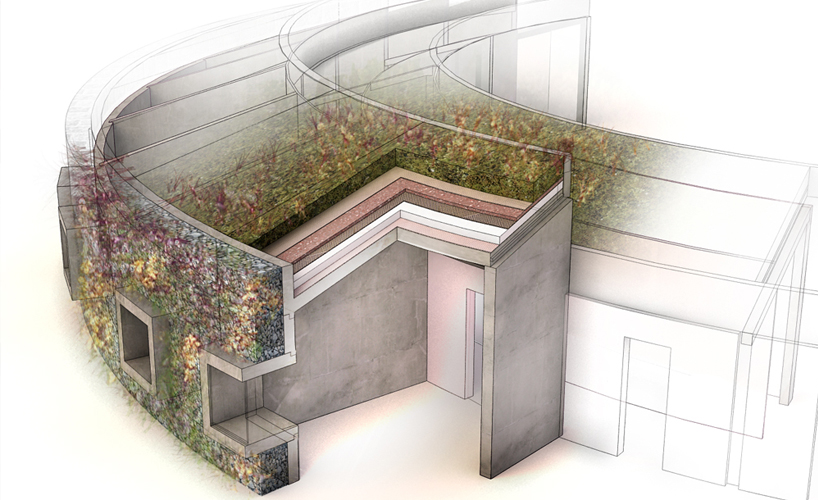 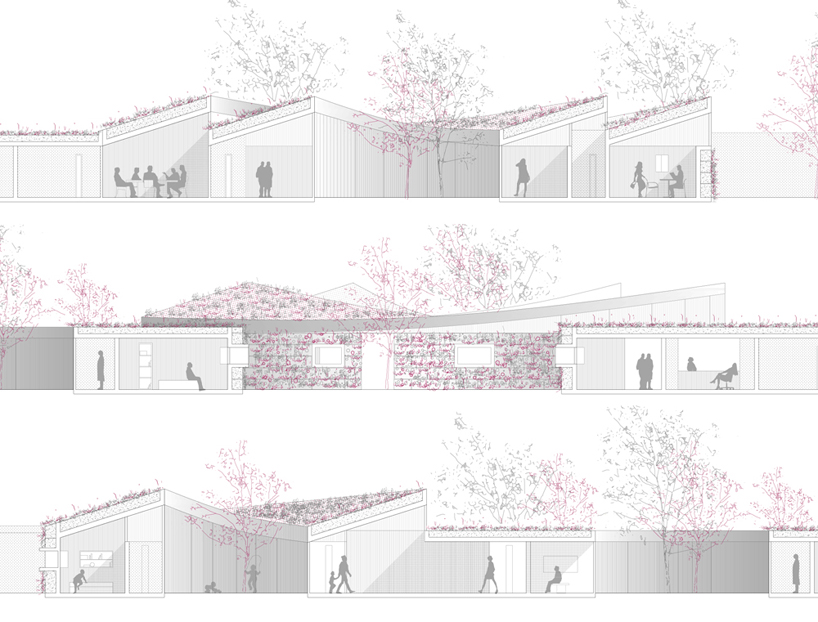 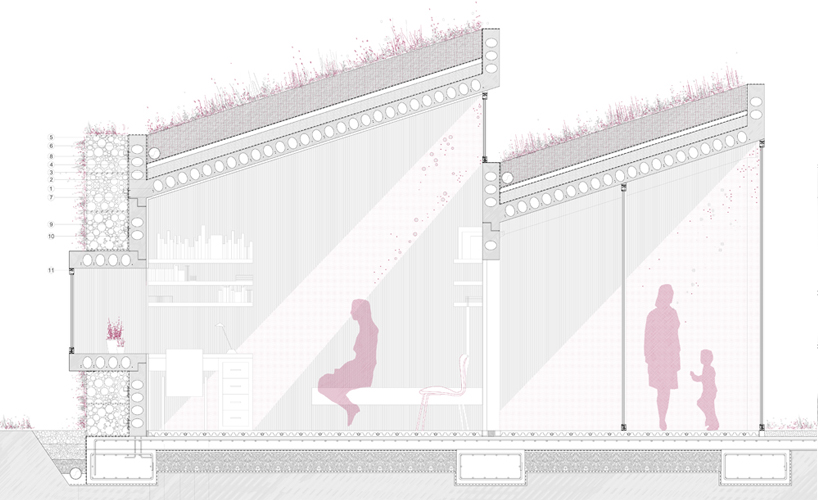 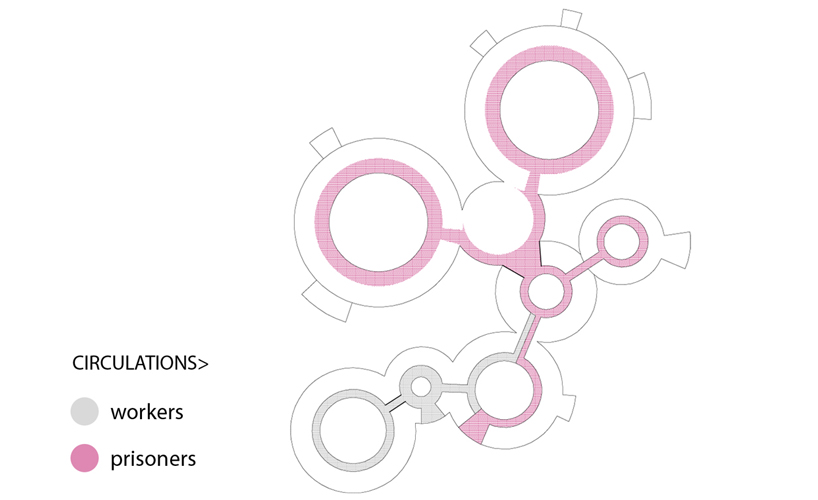 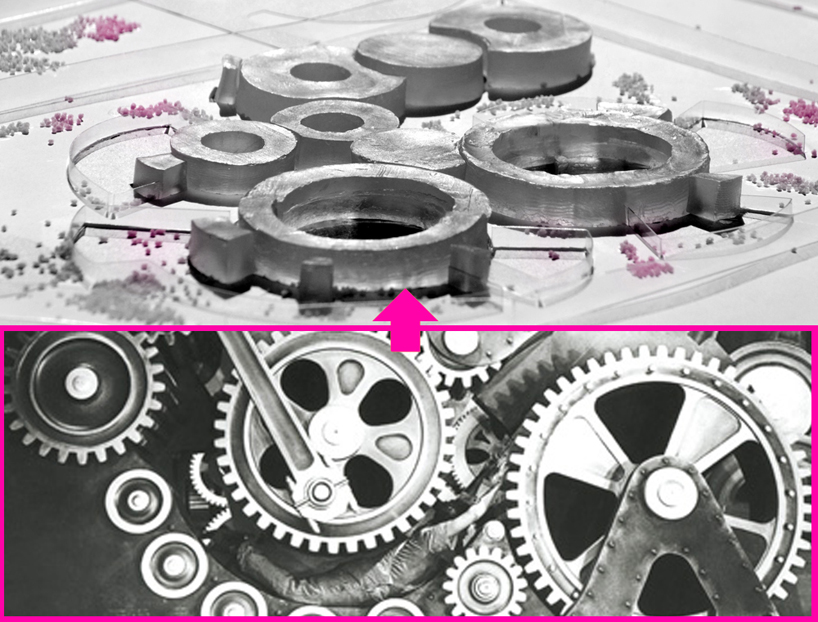 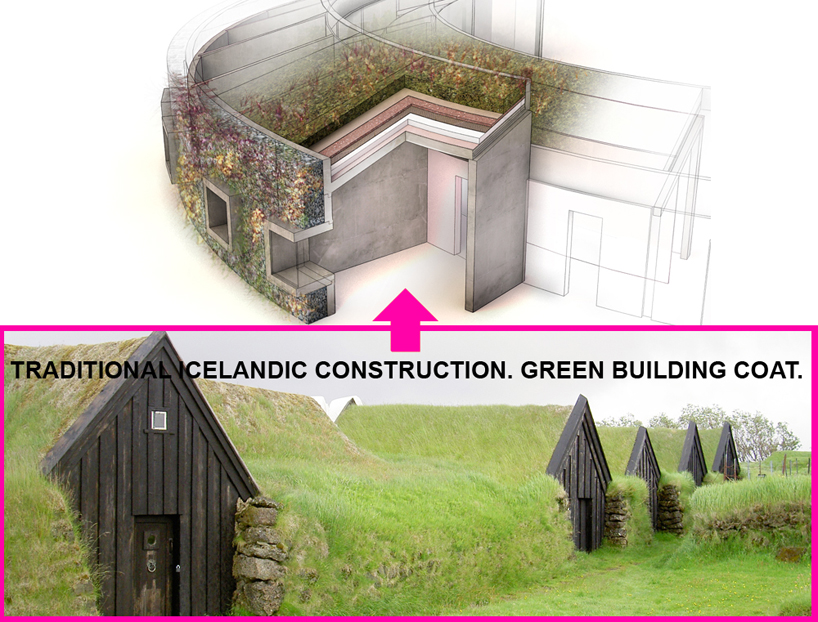 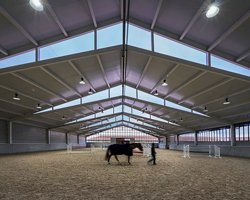 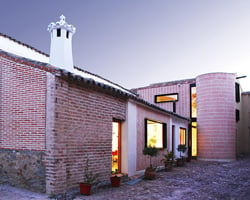 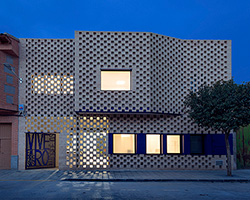 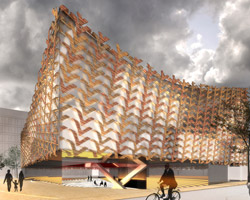 May 04, 2012
ooiio architecture: hotel in reykjavyk