the pavilion’s dramatic, planar form articulates an assured, yet subtle compression of space, framing views of the lake and the local topography. the building’s tectonic rigor is palpable, its seemingly gravity defying configuration enabling the floor plate and ceiling to cantilever some 6m beyond the lakeshore.

developed by ian shaw architekten, the scheme is both a weekend fishing retreat and a garage for three classic cars. a toilet and washroom facility is also included, as is a storage area for the client’s angling equipment. detailing is measured throughout – from the integrated lighting to the fully glazed internal area. the 12 x 12 m structure conforms to a strict proportional grid that determines both the position and heights of the walls, as well as the shuttering joints and fenestration divisions. the 3 x 3m door panels – built by the client’s engineering company, and weighing 340 kilograms per door – pivot on bespoke spindles, allowing each to be opened with the push of a single finger. 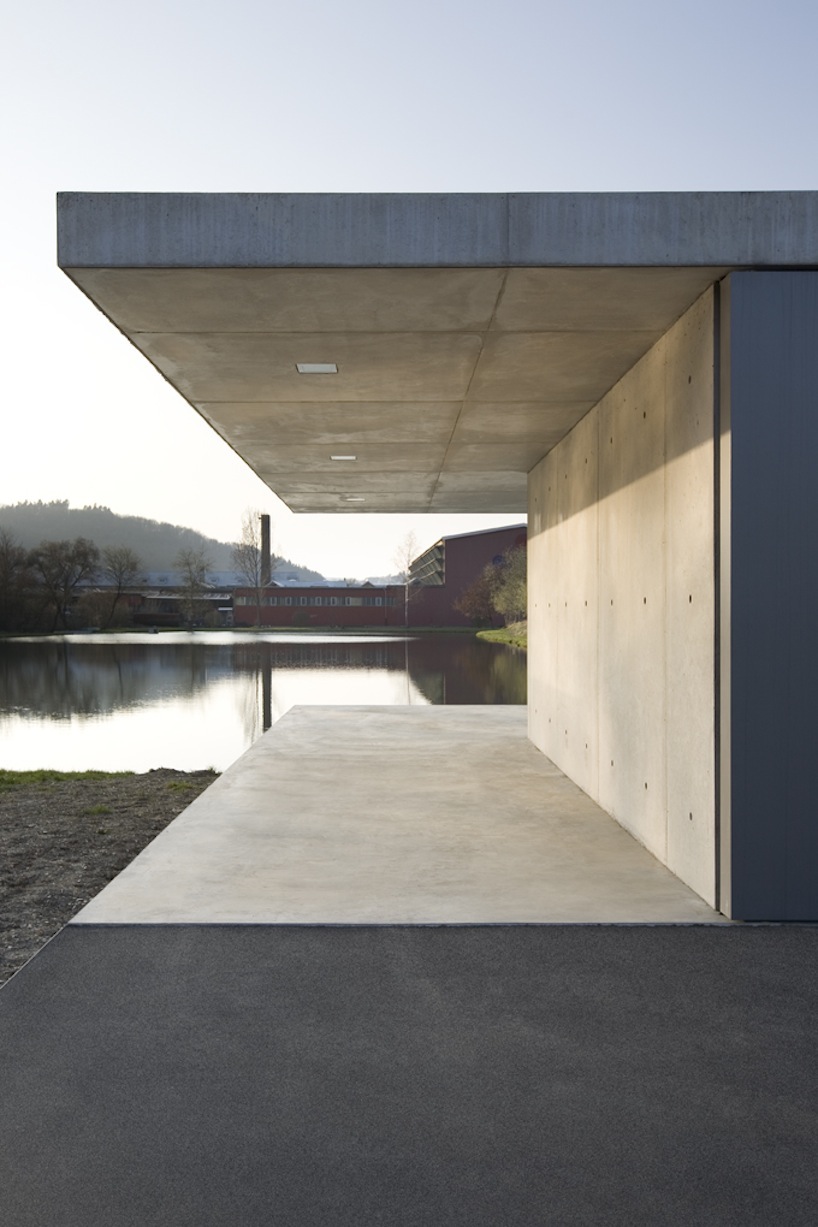 view from across the water. floor plate and ceiling cantilevering beyond the lakeshore. image © felix krumbholz

throughout the building process the concrete mix was carefully monitored in order to achieve an off white finish. this tone refines the pavilion’s dialogue with the surrounding terrain. structurally, the main floor plate is comprised of precast concrete slabs, tied back to massive drum foundations; a finishing layer of in-situ concrete applied from above avoided the need for under floor shuttering and, just as importantly, ensured uniformity in the concrete’s appearance. the cantilevered platform formed the base for the in-situ cast walls and ceiling. special, non-oiled shuttering ensured that no harm came to lake’s fish population during the pavilion’s construction. 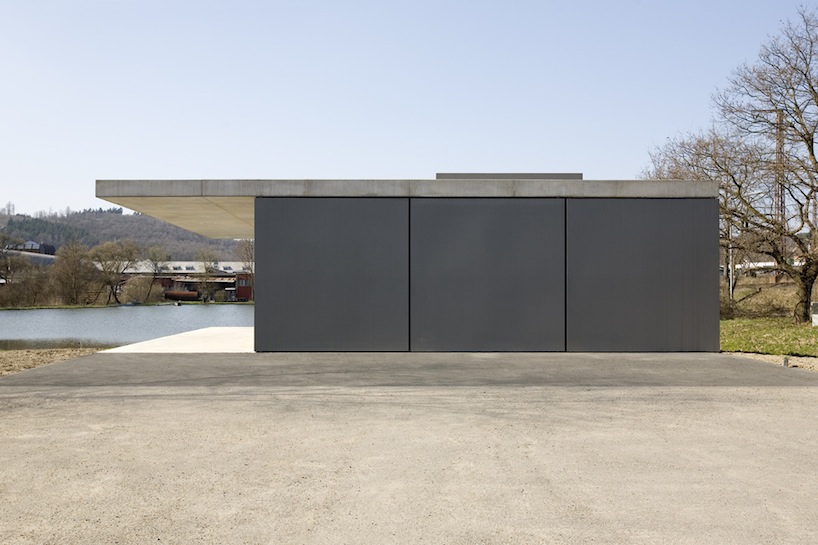 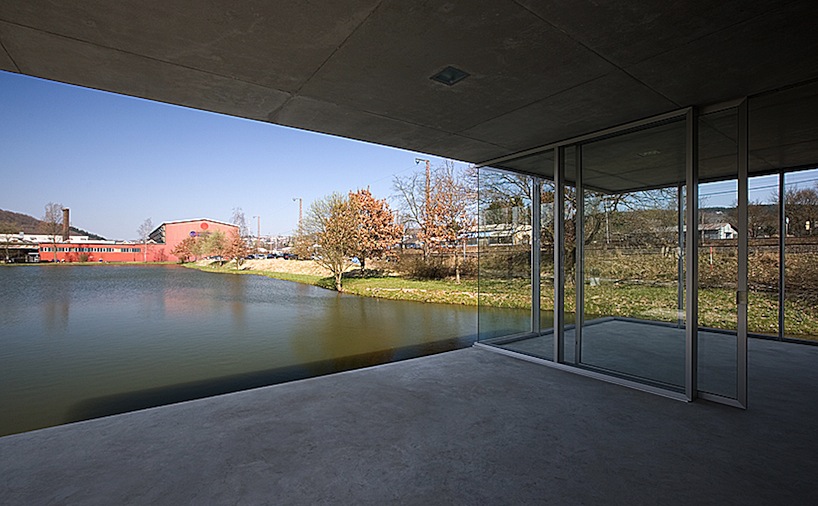 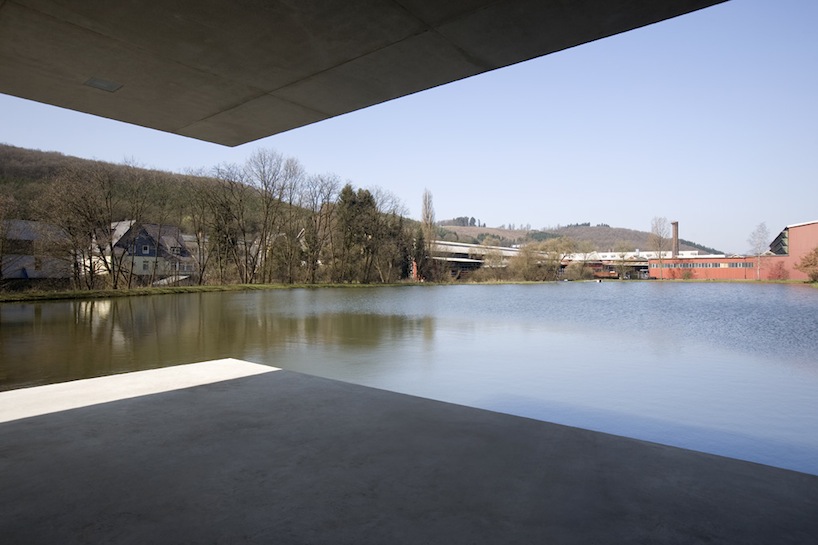 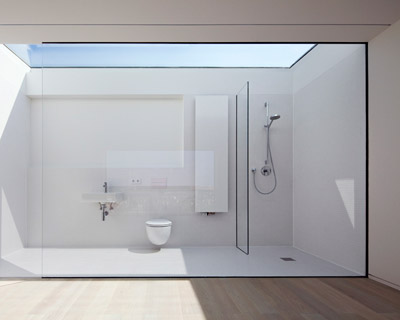 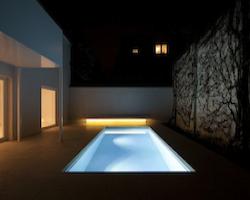 LATEST NEWS
TOP 10 videos of 2022
spotlighting the top 10 videos of 2022: from a time-lapse video taking us on a doodleland in kent to a stop-motion animation with a cowboy skeleton traveling around california.
art
0 shares
connections: 4