there is an increasing number of people living in cities due to the world’s growing urbanization. ‘pop-up interactive apartment’ by students at TU delft in the netherlands is a response to this challenge. people don’t want to live in tiny shoe-box apartments, but cities are becoming denser, requiring spaces to be designed in more efficient ways. the 50 m2 apartment adapts to its users’ activities by constantly changing functions, so that no space is wasted. the interactive piece of architecture consists of folding polypropylene panels, which are able to curl and bend while keeping their structural strength still intact. sliding over rails, the panels disappear into walls, chairs, beds and a desk. a similar concept to the way a swiss pocket knife works; only the desired shapes fold out when required, while others remain hidden away in the razor-thin walls. a high variety of spatial configurations is possible – bedrooms which aren’t needed during the day can be transformed into a working space or large living room, the space is determined directly by the user’s need. the pop-up apartment is a real solution for dense city environments, where one can become an urban nomad, within their own four walls. 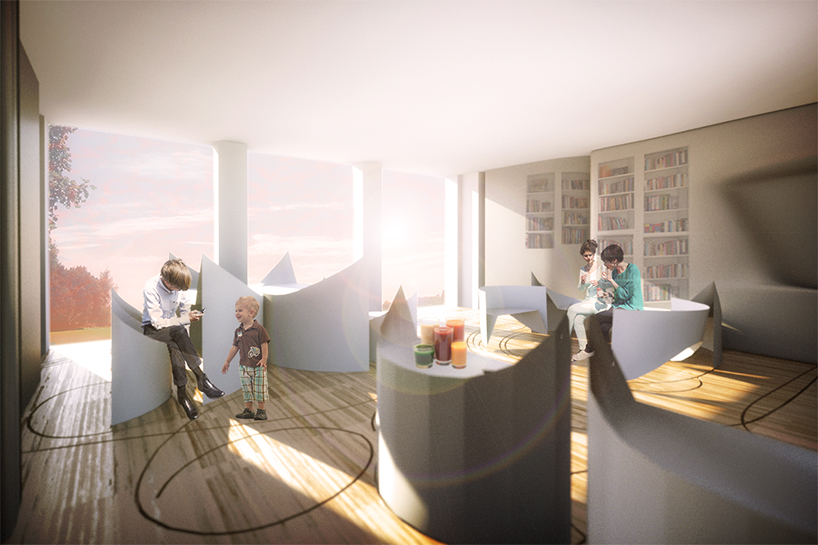 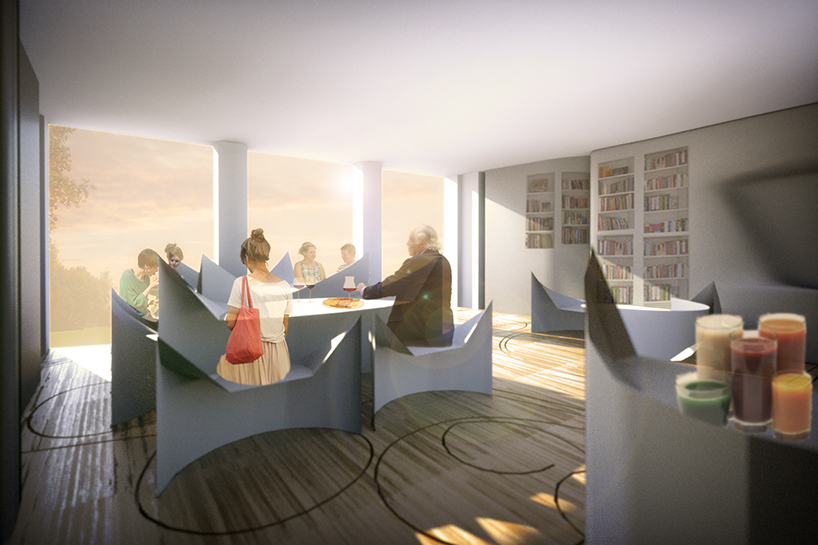 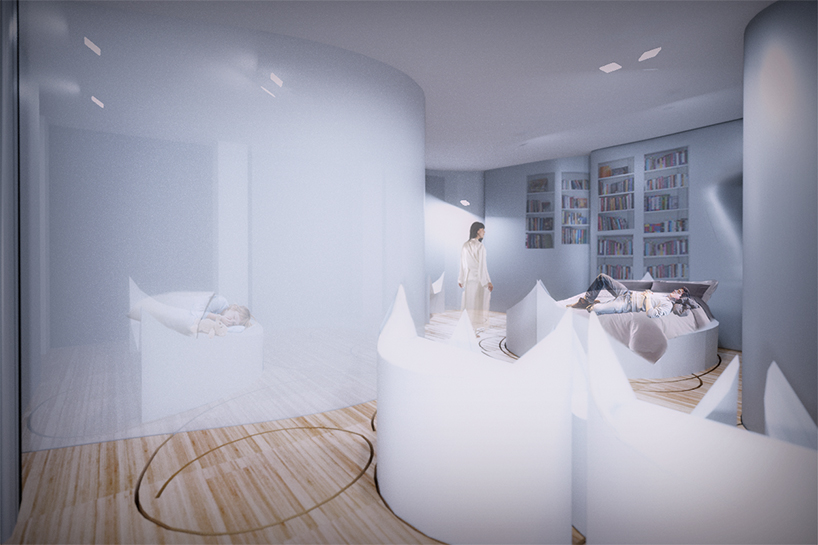 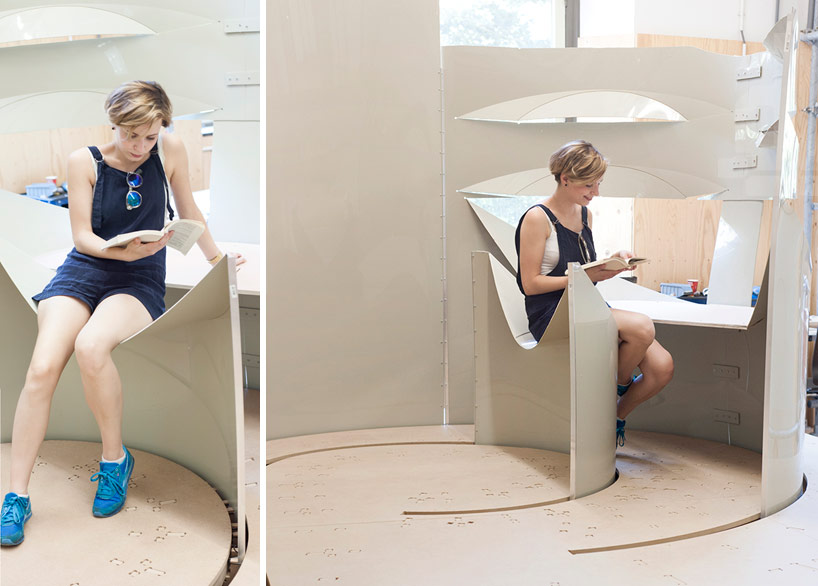 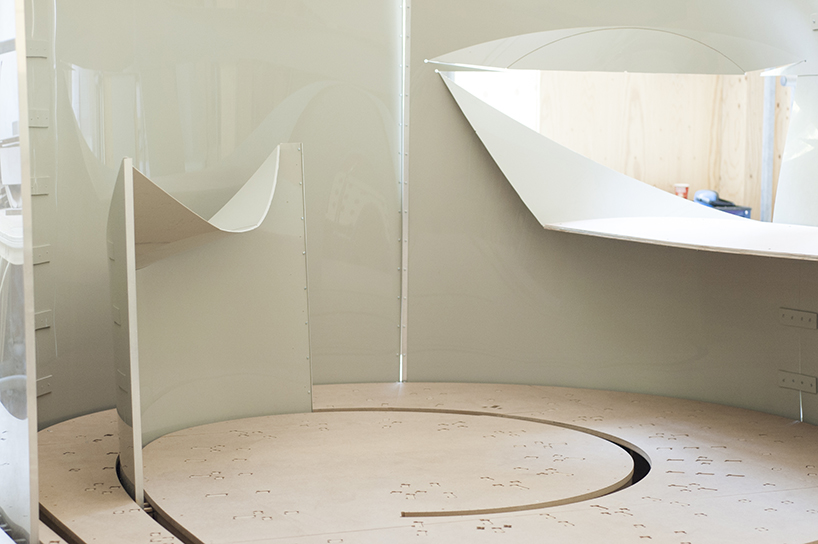 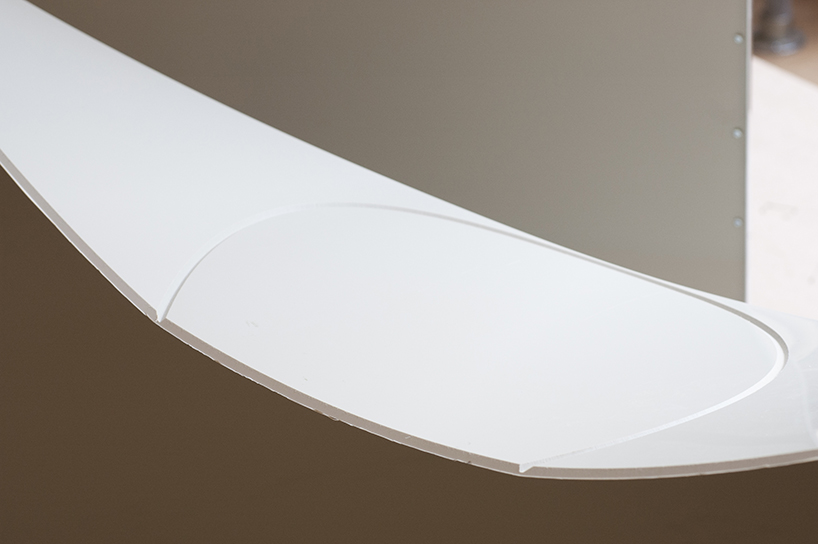