emerging from the prototype vehicles lab (otherwise known as PROVE Lab) at california polytechnic state university, a group of students have created the first first vehicle designed only to break the solar-powered land speed record. the solar car is named ‘dawn’ and is designed to reach 65mph without any battery. 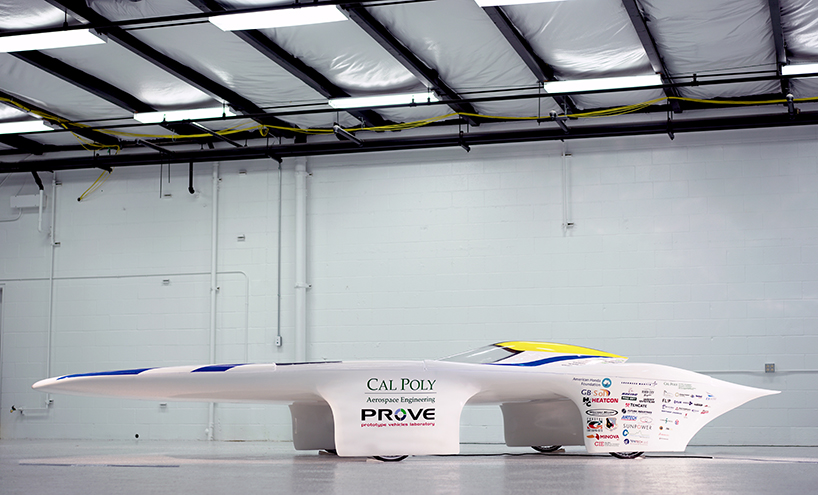 the vehicle, which is the result of two and half years of work, was designed using hundreds of hours of simulation, with some wind tunnel testing for the aerodynamics. the entire vehicle produces only a few kg of aerodynamic drag and is powered entirely by a 2kW solar array, which means there are no batteries used in the car unlike other solar cars designed for races across america or australia. 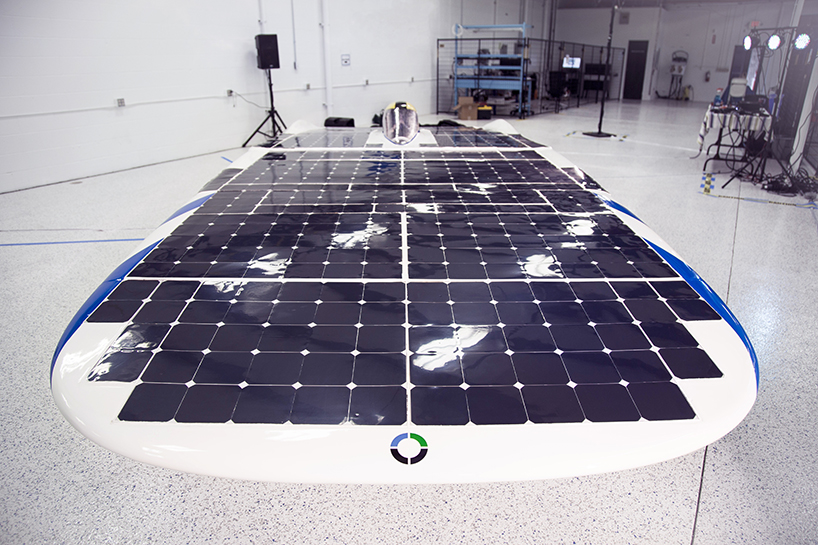 PROVE  lab‘s aim is to use ‘dawn’ to show the cost-effectiveness and efficiency of solar powered vehicles. although not a practical vehicle for production, the design nevertheless highlights advanced materials, aerodynamics, and innovation. the single electric motor is around 97% efficient, meaning almost all available power is converted to speed. the current world record for a purely solar-powered car is 56mph (90km/h). ‘dawn’ is specified to reach 65mph (105km/h), which is a typical freeway speed limit in america. 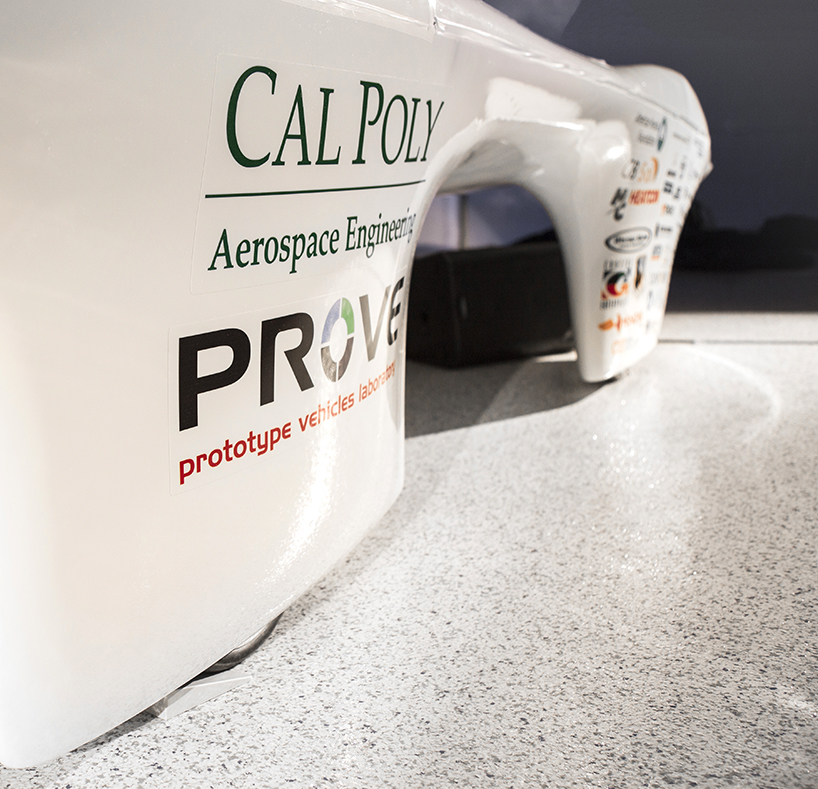 the vehicle has no steering wheel, and getting in and out of the car involves the top half pitching up and forward, like the hatch to a science-fiction creation. the team chose 605 individual sunpower solar cells to create their array – the same that were used to fly the solar impulse II aircraft around the world. these are similar to the kind that are often seen on rooftops around the world, and are fairly inexpensive technology in 2018. 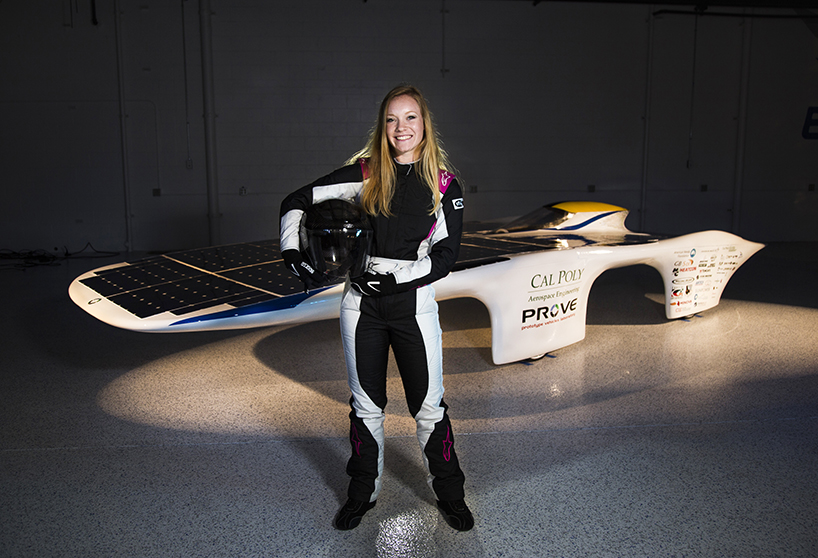 every part on the car was designed and built by students including the software. most of the car’s construction is aerospace-grade carbon fiber, meaning that even with a driver the vehicle weighs less than 200kg in total, allowing it to rest on high performance bicycle wheels rather than conventional vehicle tires which would produce more resistance. a special flap on the upper surface (hidden by solar cells) will deploy if a sensor detects the car is starting to take off the ground at speed, and will kill the lift to keep the car on the ground and the driver safe.

PROVE Lab is made up of over 60 students from 13 different college majors, meaning the project is run more like a startup car company. the driver is an aerospace engineering student, lacey davis, who has helped make many parts of the car and will pilot the record in june 2018. the team is able to use an air force base in palmdale, california and will wait until a time close to the maximum amount of solar available in june to make their record attempts – to be certified they must travel 1 mile in both directions within an hour. in the last 25 years only 3 cars have set this record, and PROVE lab aims to be the 4th.

designboom has received this project from our ‘DIY submissions‘ feature, where we welcome our readers to submit their own work for publication. see more project submissions from our readers