japanese designer yukihiro kaneuchi has developed ‘sand vases’ from a simple and traditional children’s game called bou-taoshi. the pastime consists of several players making a small dune and placing a branch in the centre. as each person takes turn removing the substance, the one who causes the branch to fall loses. it is also a common sight in and around japanese temples, where the conic shape represents where god first came in the mythological age. considered to be an object of a divine spirit, the arrangement is also used ceremoniously when laying cornerstones, a process through which the building site is purified. in its current form, children are not aware of its heritage and meaning when it was taken to the playgrounds, sandboxes and beaches. the collection is a reflection of this research and is made up of a variation of shapes and sizes to hold a single flower in the middle. 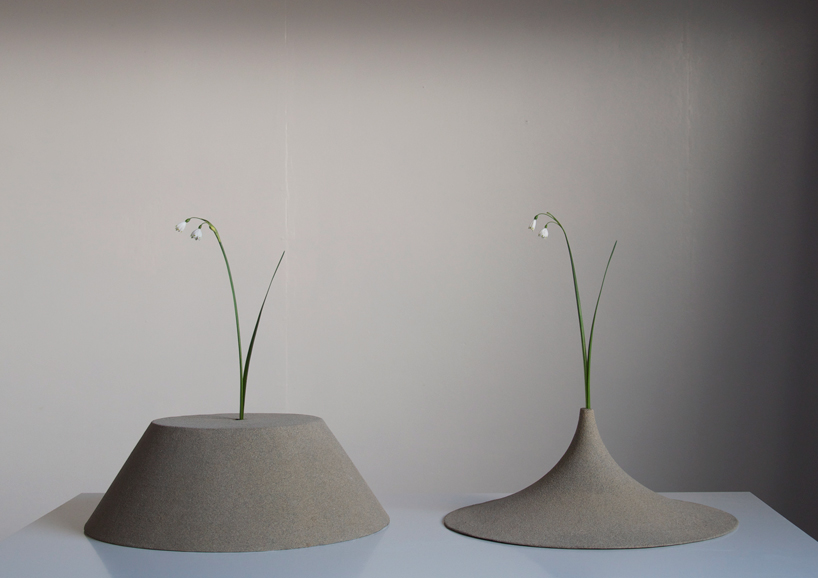 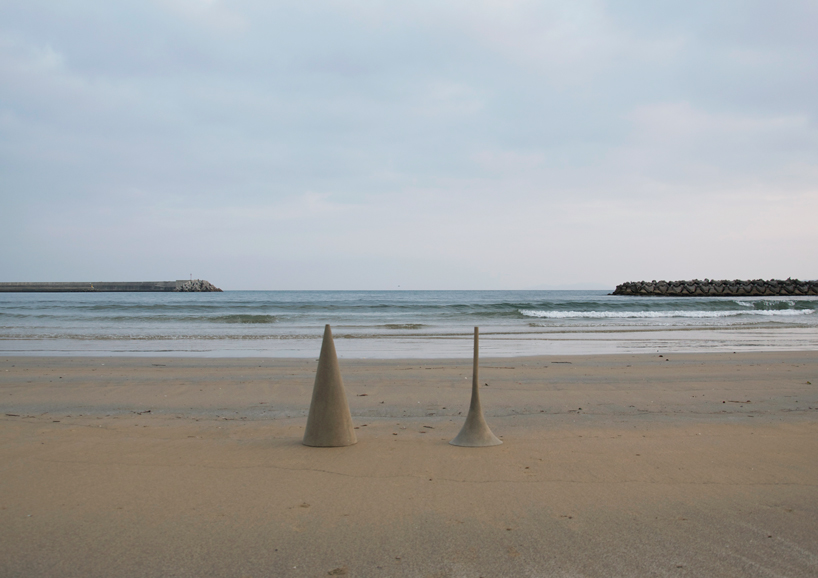 mounds by the beach 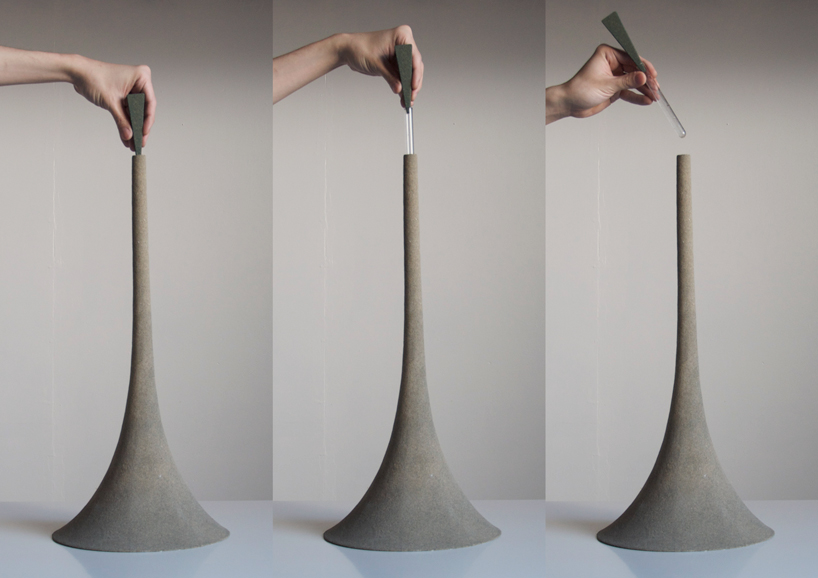 process of forming the centre hole 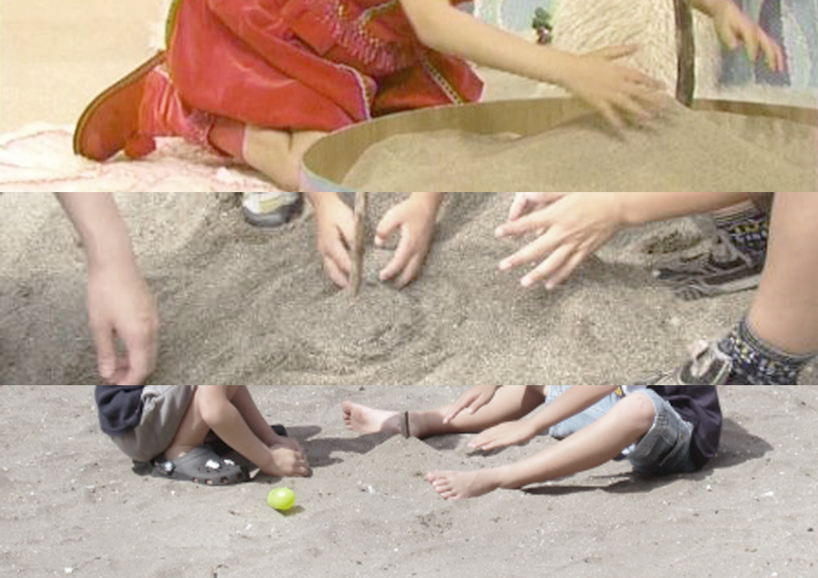 examples of the game bou-taoshi 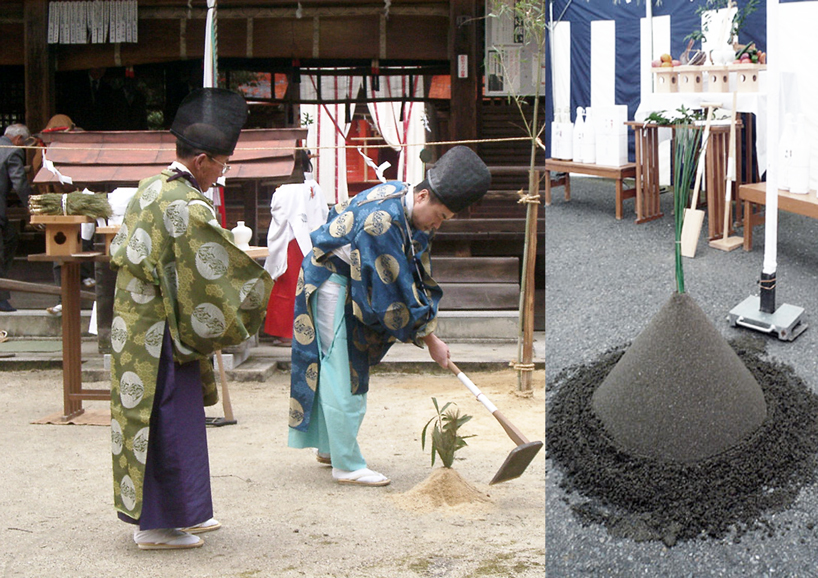 creation of sand heaps with a hoe 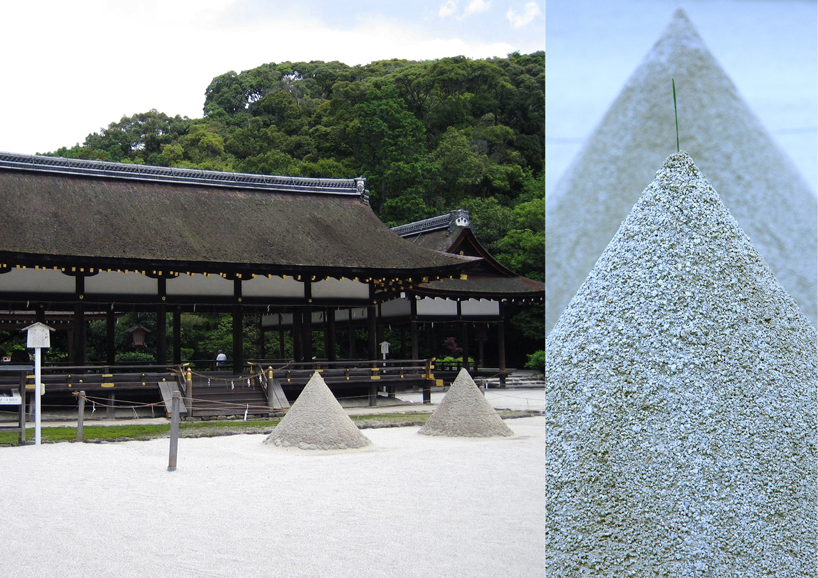 sand dunes outside of japanese temples