rubber wastes around marrakesh used as an energy source

“constrast city” is a rubber recycling program in marrakesh-morocco, aiming at sustainable development.

the starting point came from lcce (la compagnie du commerce équitable), a french fair trade importer. lcce wondered what could be done in morocco with rubber waste, polluting and poisonous when used as an energy source.

I have been working on the question as a designer specialized in handicraft, working around africa for a decade and settled in marrakesh. there was a pre-existent local activity but with little potential, nonetheless rubber recycling was definitely worthy. I thus had to cover the whole process: from organizing supply and standard production, to product design. the main questions to answer were: how cleverly collect waste, mixed up until now with household garbage and dumped? how then prepare this ill-assorted filth to make it usable? finally, how transform this new raw material, through local craft, in repeatable, qualitative, graceful, useful, agreeable and saleable artefacts?

to soften the appearance of the rubber and to enlarge its recycling capacities, I proposed to add local natural raw materials (wool, wood, straw, etc.). this option allowed indeed the use of various traditional techniques (weaving, woodworking, basketry, etc.) as the numerous samples made proved. the combination creates a strong contrast, both visual and tactile. products shapes remained very simple to emphasize rubber. the name of the program refers itself to marrakesh specific contrasts: from donkey cart to fashionable racing car! two ranges have already been developed: an interior textiles collection launched six months ago, and right now a home furniture line.

different groups were associated for the realization. a french organization, smiley world association, gave financial support for development. afterwards, the program should be self-financing with selling. marrakesh subsidiary of international pizzorno environnement group collects rubber waste on a voluntary basis, with the blessing of the municipality. various craft producers, in terms of techniques and organizations (low-skill home-artisans women, family workshops, export company), collaborate. their common point is the high quality standard they reach, according to the market targeted. results are thus astonishing: if not smelling the items and recognizing the specific smell of rubber, nobody guesses what it is and even then, no-one imagines where it comes from!

the commercialization of the range is first set in france within altermundi fair trade shops network. 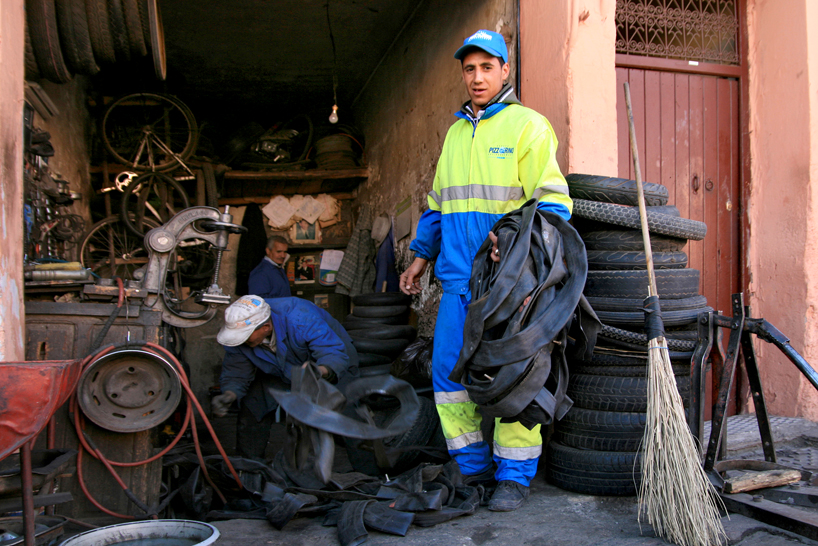 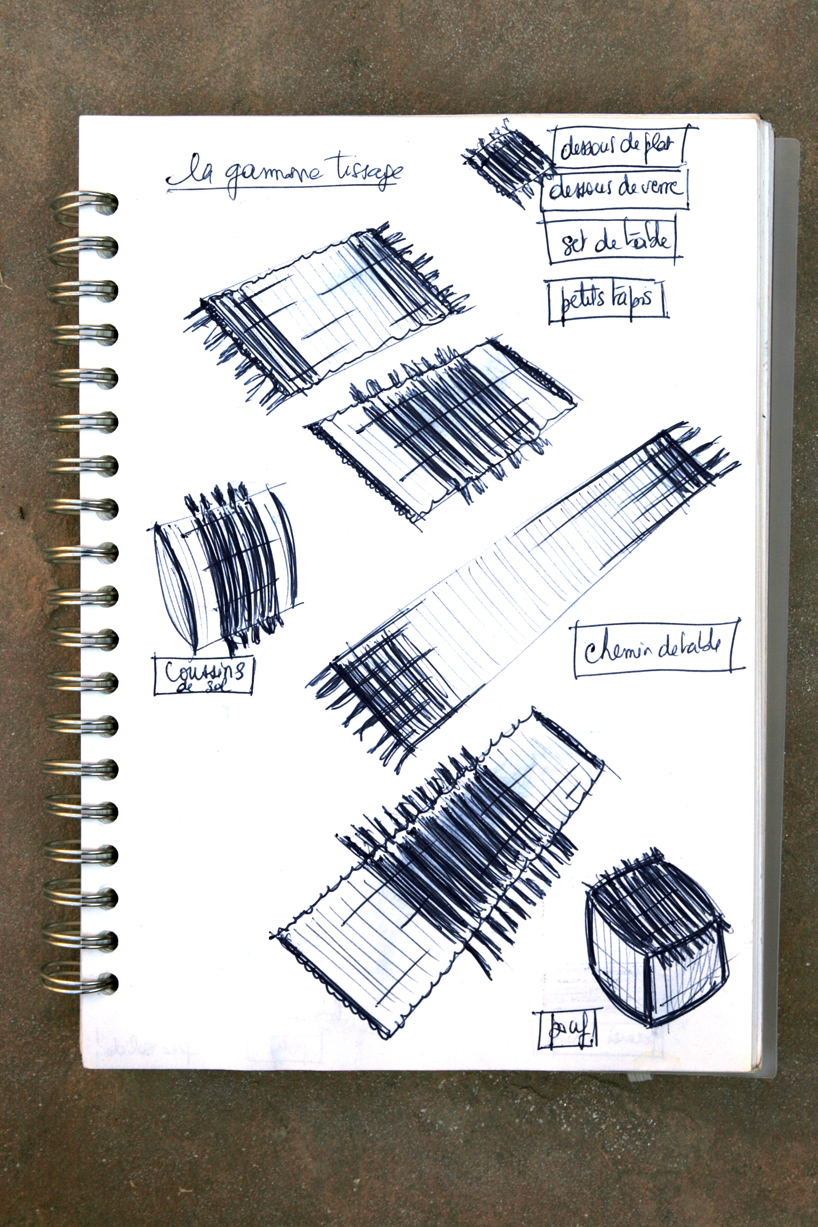 first sketching with combination of materials 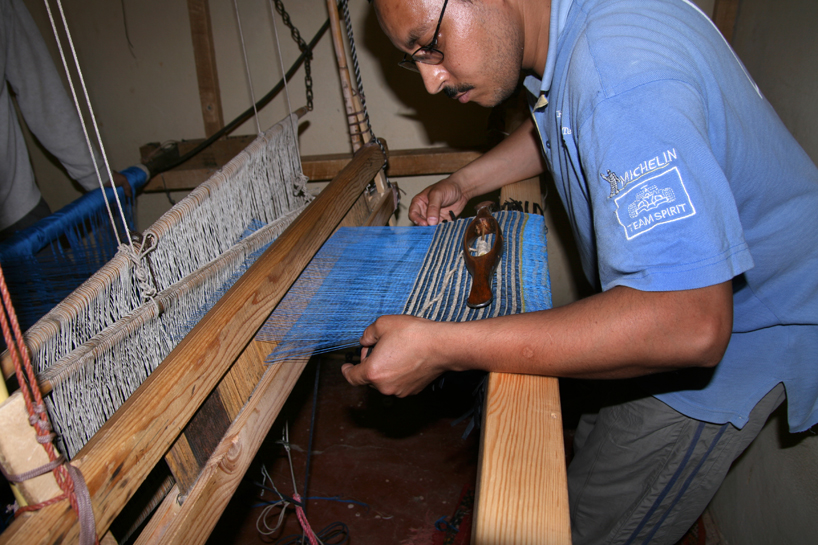 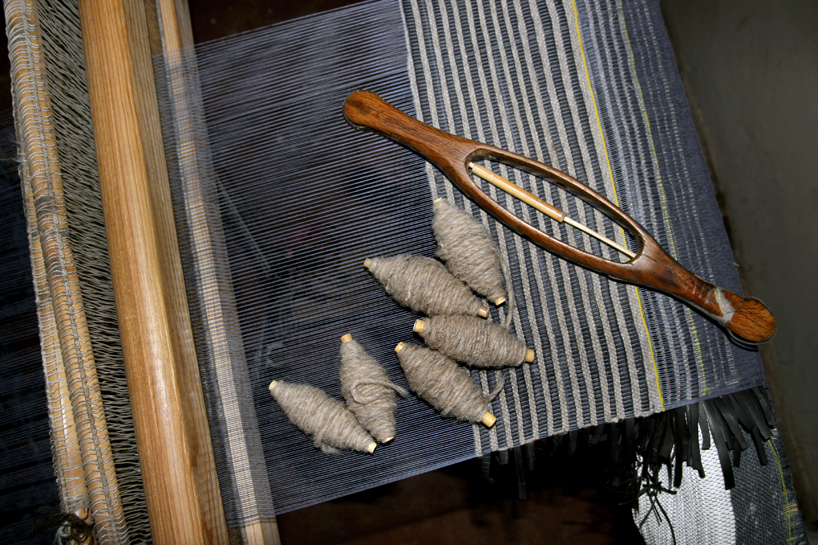 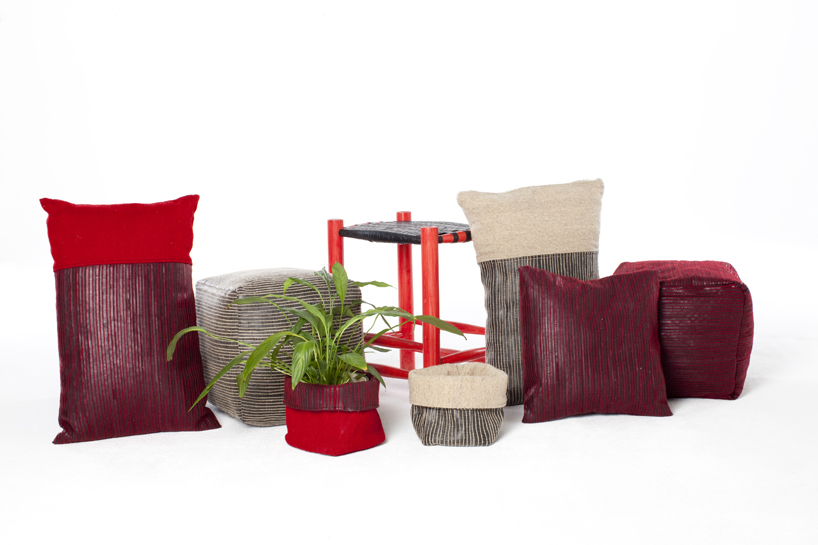 detail of the textiles range 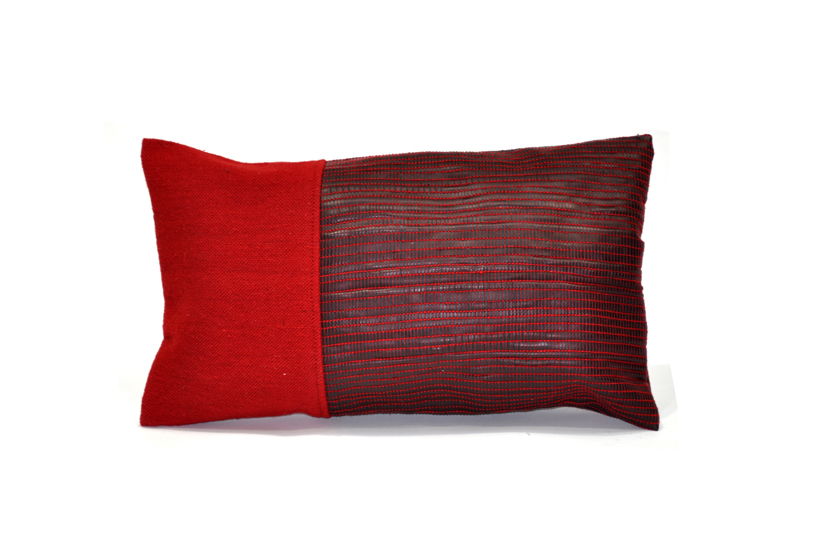 peculiar texture and contrast of of the textiles 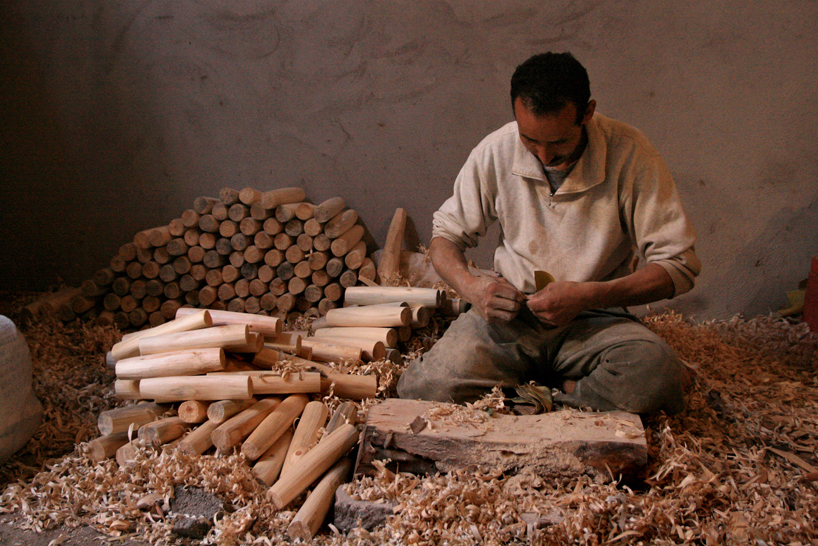 production of the second range starts with traditional basic woodworking 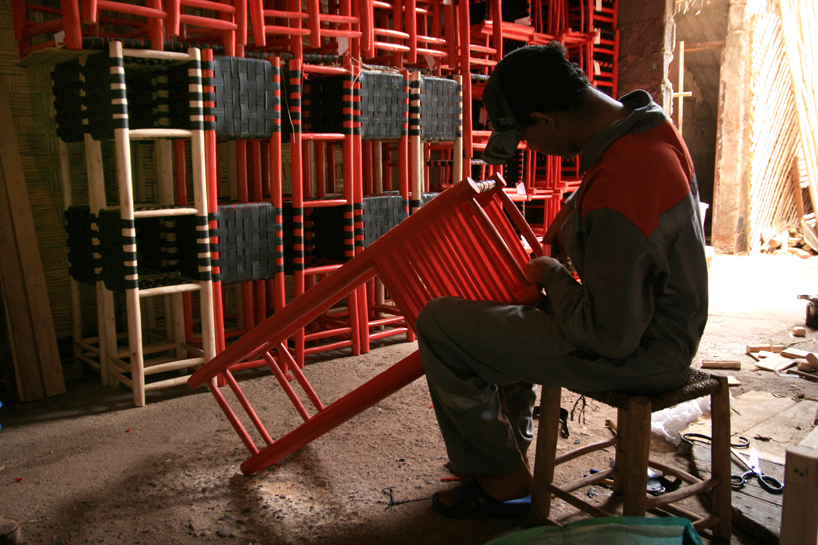 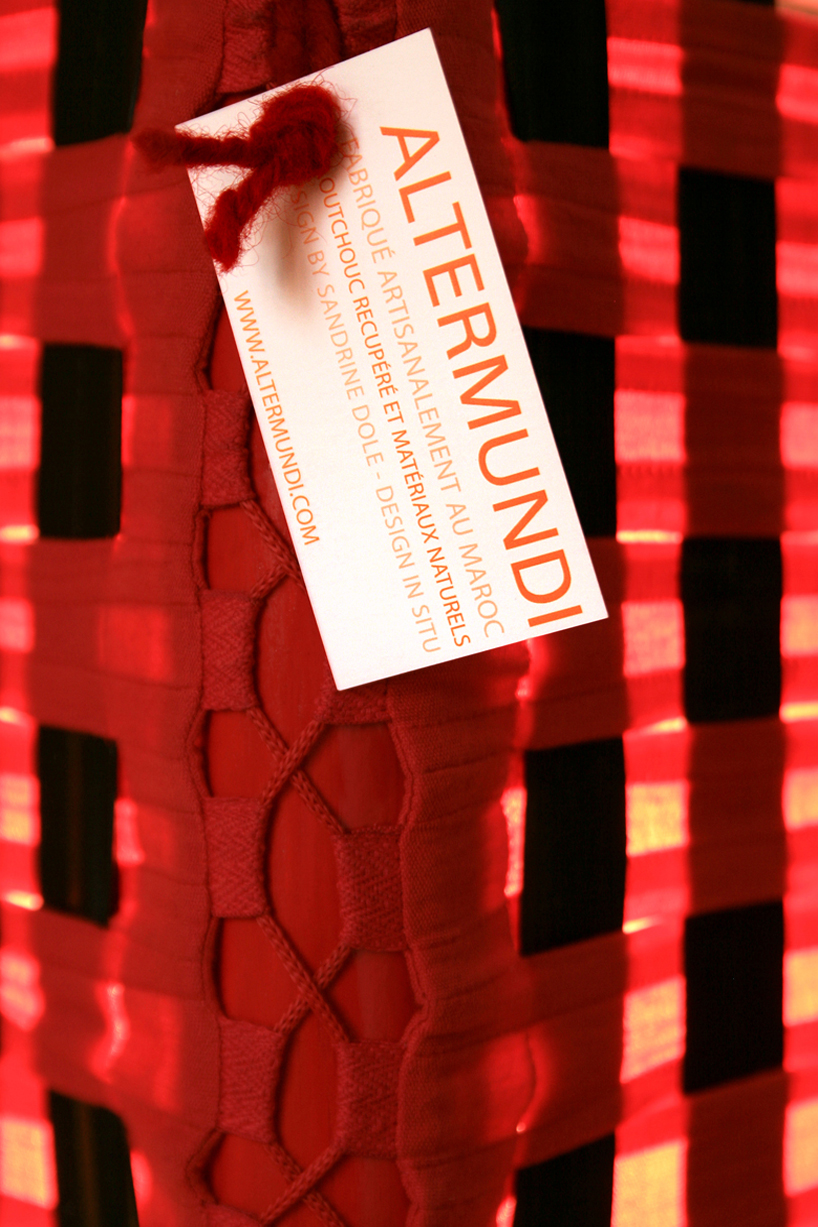 peculiar weaving of the furniture