san francisco-based photographer shalaco sching invites us to take a sneak peek into the desert of black rock city and see the building process of the largest structures rise from the dust at burning man 2018. the artist’s short film ‘raising the man’ accompanied by a series of aerial photos tells us the story of how the central piece of the festival has come to life. 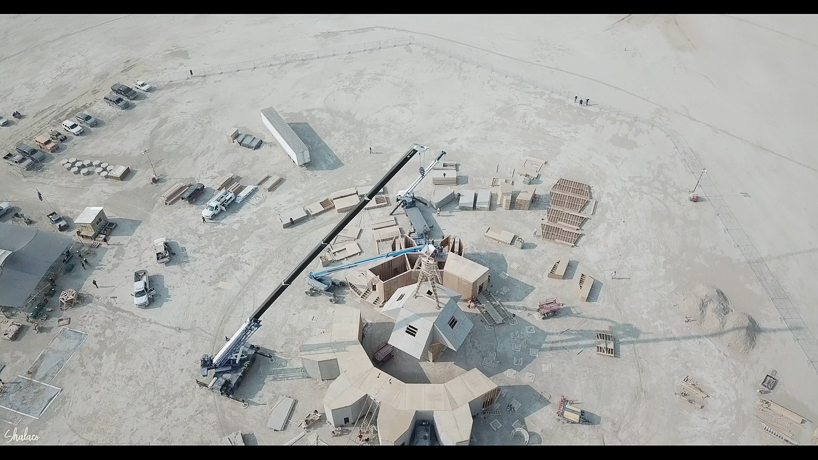 the temple of galaxia and the man are giant engineering marvels, built in smaller pieces and then craned into place

this year, the festival, which has ended on september 4, focused on artificial intelligence and featured a number of gigantic creative installations, for example, ‘ORB’, a huge reflective ball designed by bjarke ingels. the man captured by sching has a very special significance — it was the last object developed by the late co-founder of burning man larry harvey. 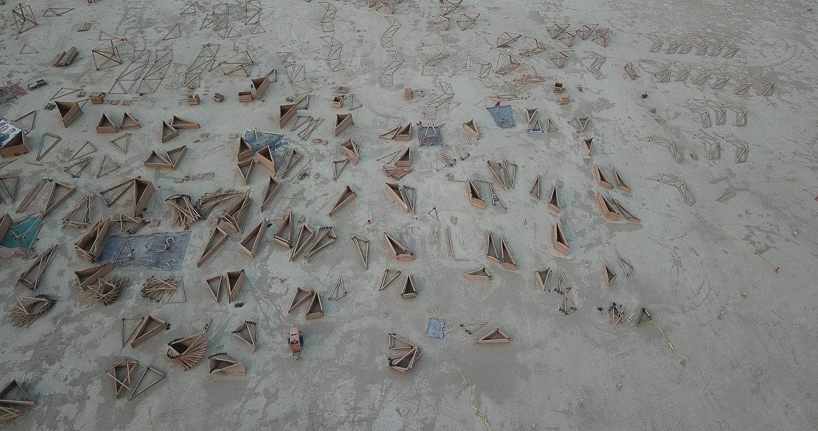 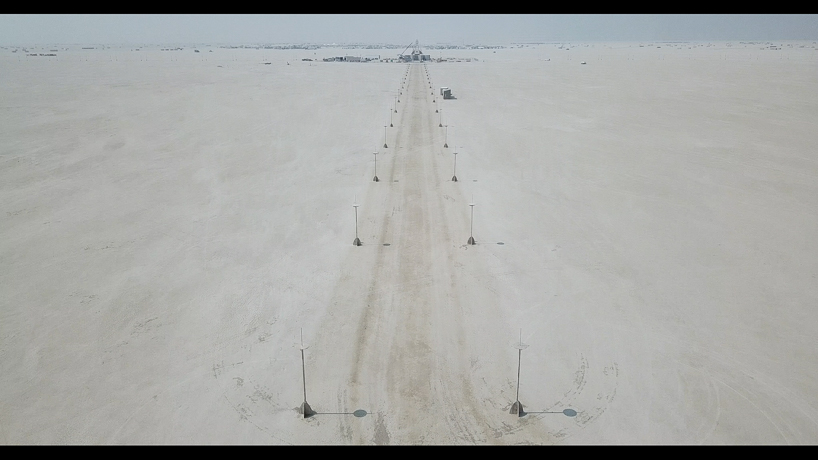 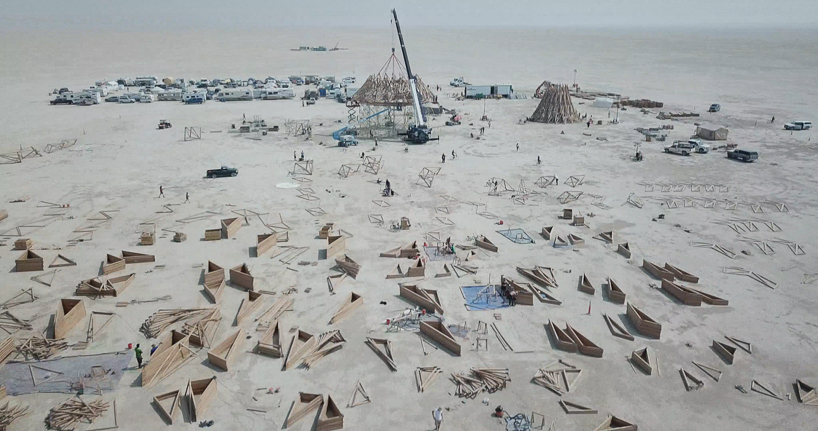 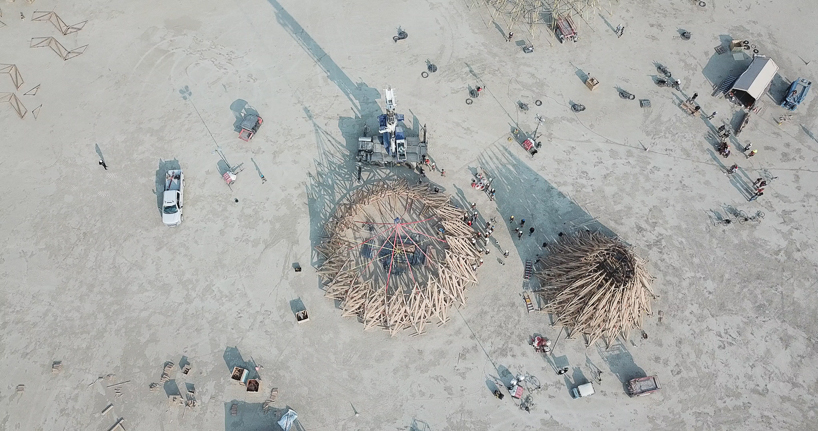 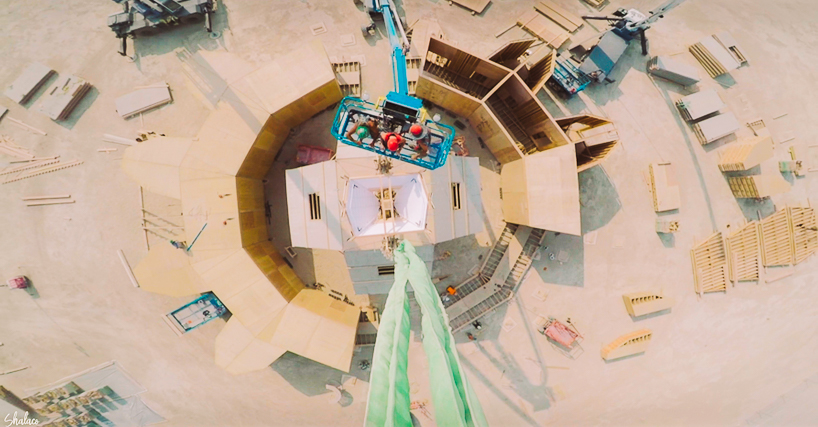 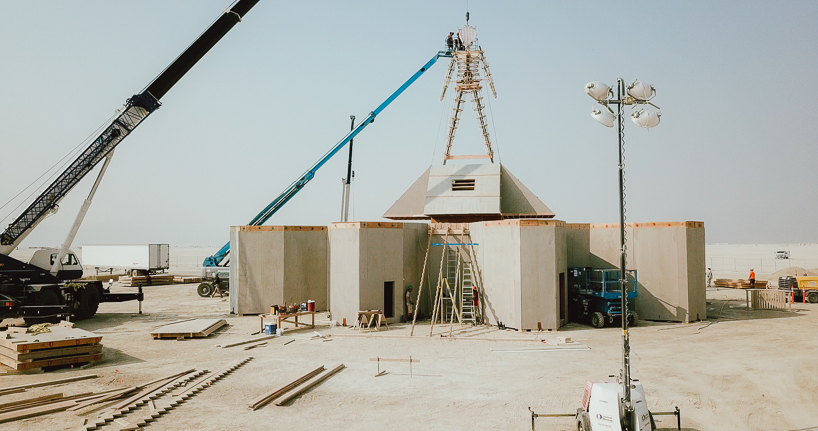 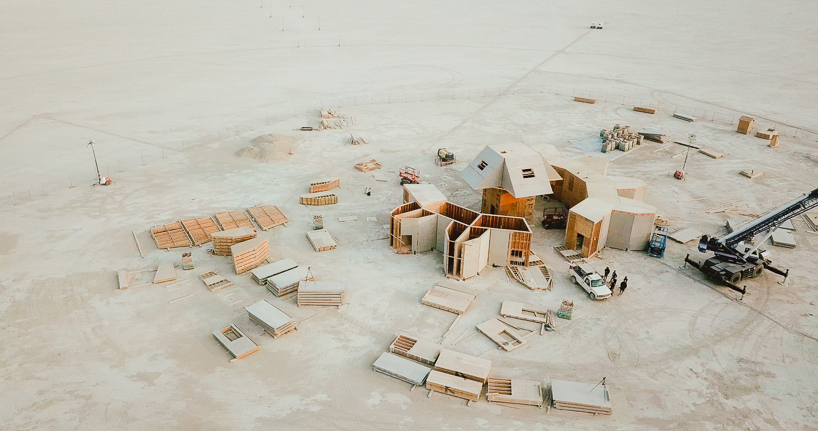 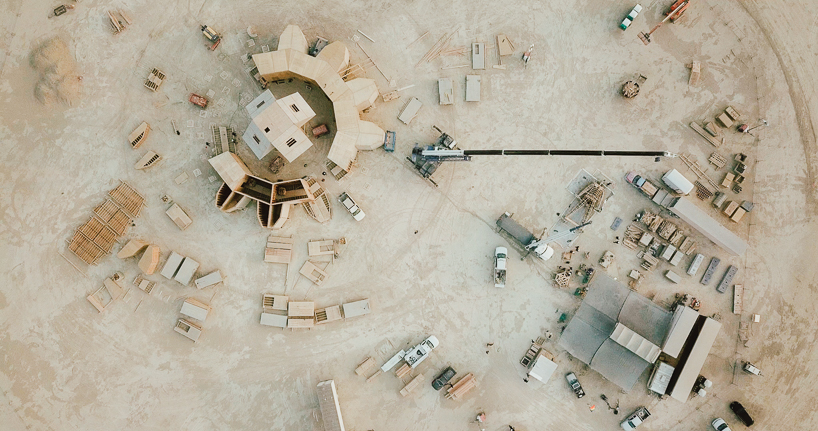 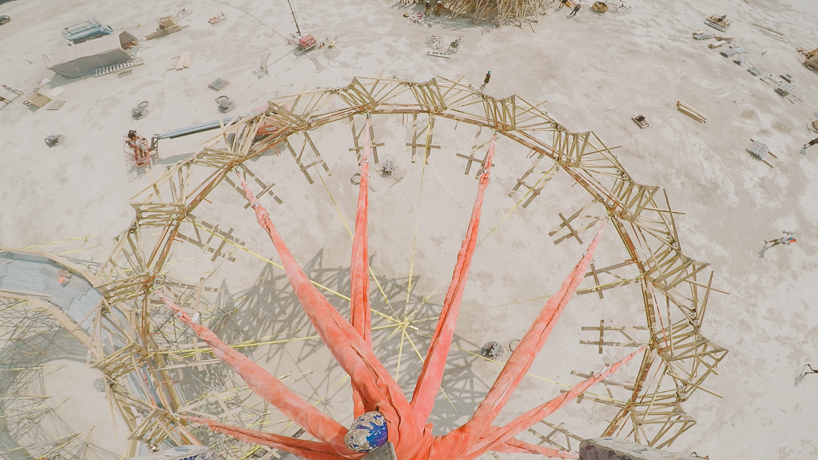 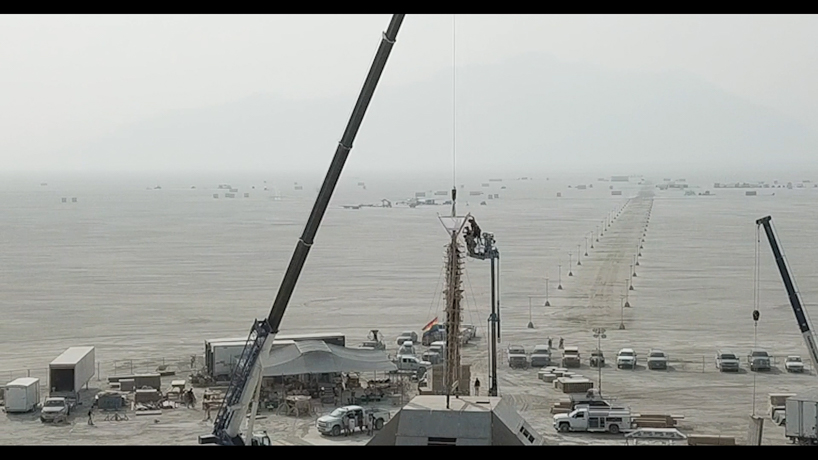 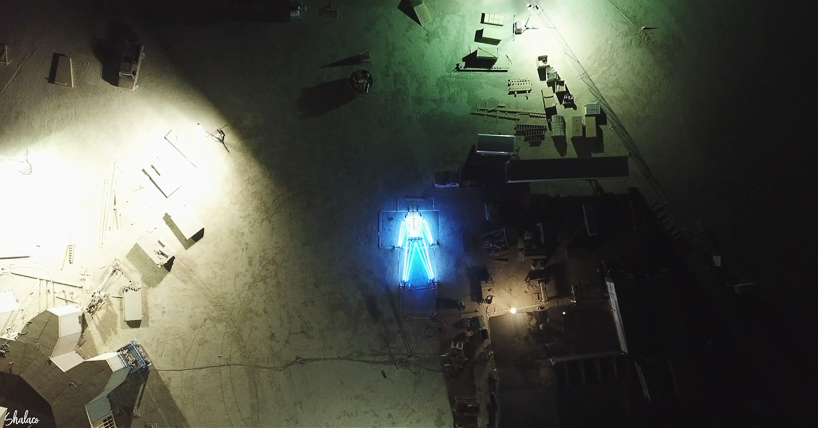