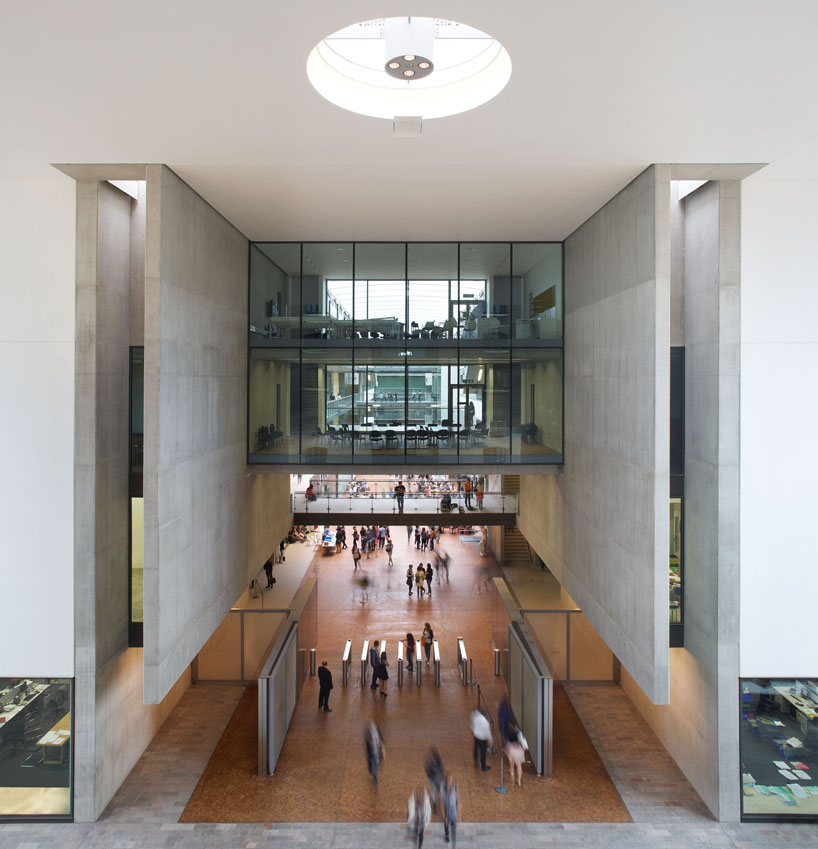 to the north of king’s cross and st pancras international railway stations, 67-acres of derelict land are being transformed in what is one of europe’s largest urban regeneration projects. the result will be a vibrant mixed-use quarter, at the physical and creative heart of which will be the new university of the arts london campus, home of central saint martins college of arts and design. stanton williams’ design for the £200m new campus unites the college’s activities under one roof for the first time. 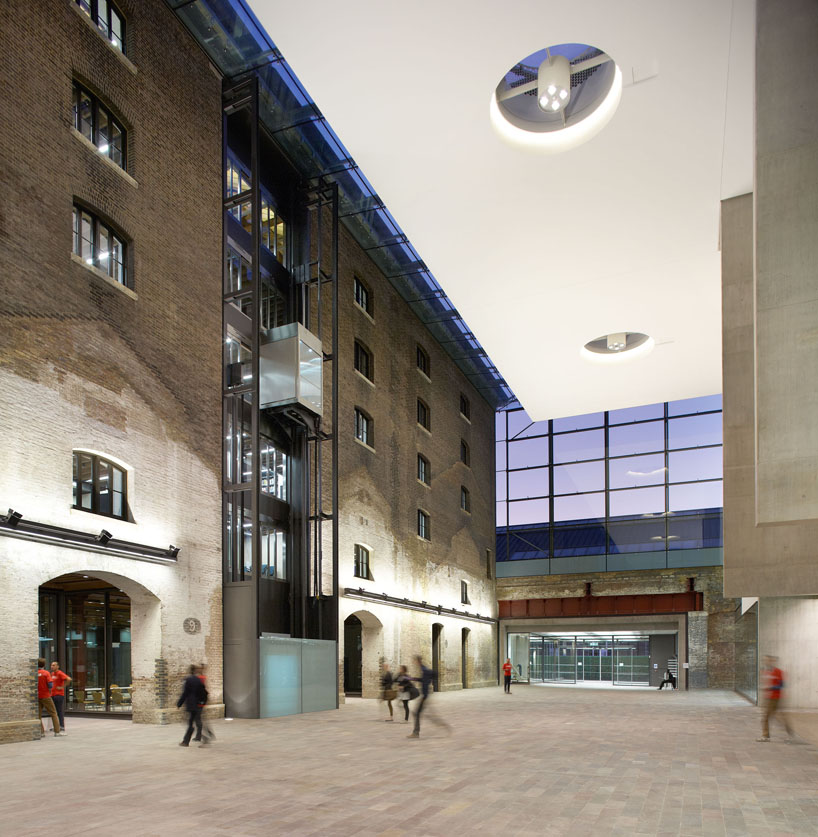 it provides central saint martins with a substantial new building, connected at its southern end to the granary building, a rugged survivor of the area’s industrial past. the result is a state-of-the-art facility that not only functions as a practical solution to the college’s needs but also aims to stimulate creativity, dialogue and student collaboration. a stage for transformation, a framework of flexible spaces that can be orchestrated and transformed over time by staff and students where new interactions and interventions, chance and experimentation can create that slip-steam between disciplines, enhancing the student experience. 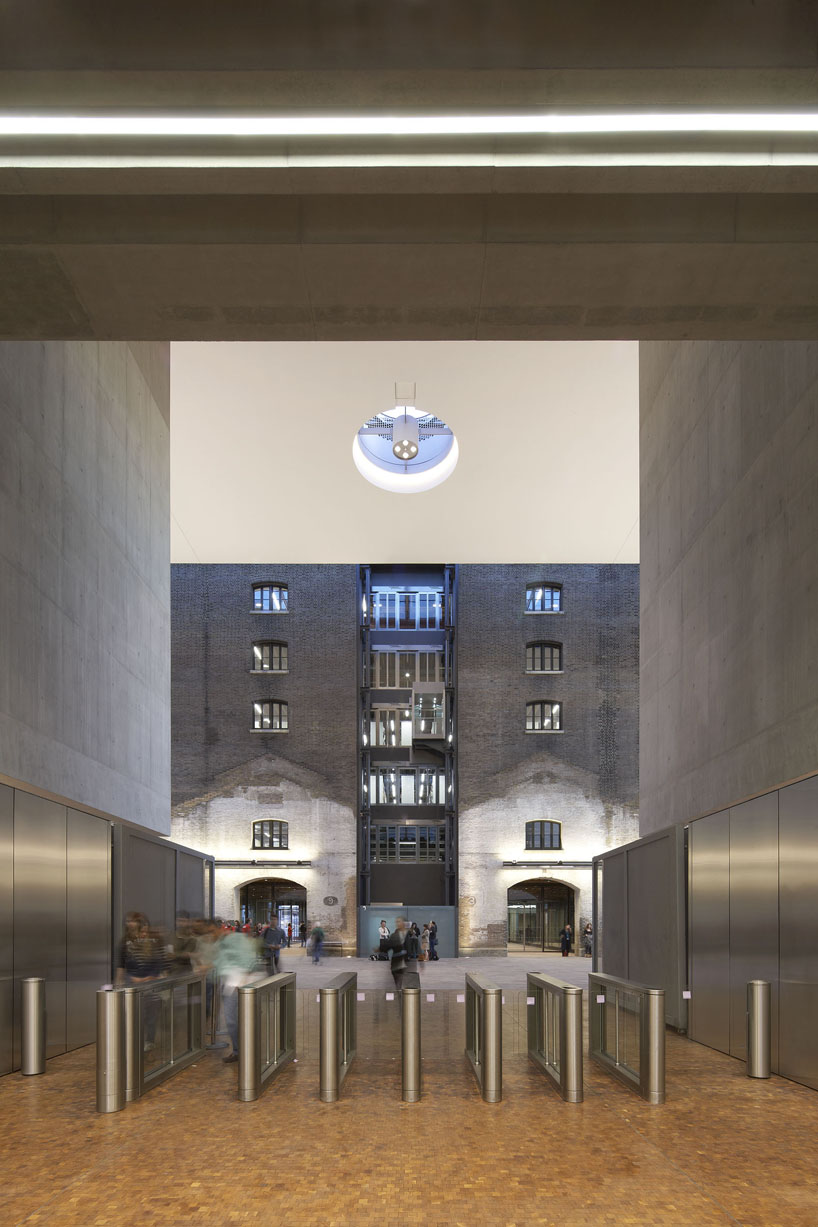 the coming together of all the schools of central saint martins will open up that potential. the design aims to maximize the connections between departments within the building, with student and material movement being considered 3-dimensionally, as a flow diagram north to south, east to west, and up and down – similar in many ways to how the grain was distributed around the site using wagons and turntables. king’s cross offered a unique opportunity: a large site within what promises to be a creative and cultural hub, connected (via king’s cross station and the restored st pancras international) not only to the rest of britain but also to mainland europe, plus the chance to develop a robust contemporary architectural response to the boldness of the existing buildings on the site. 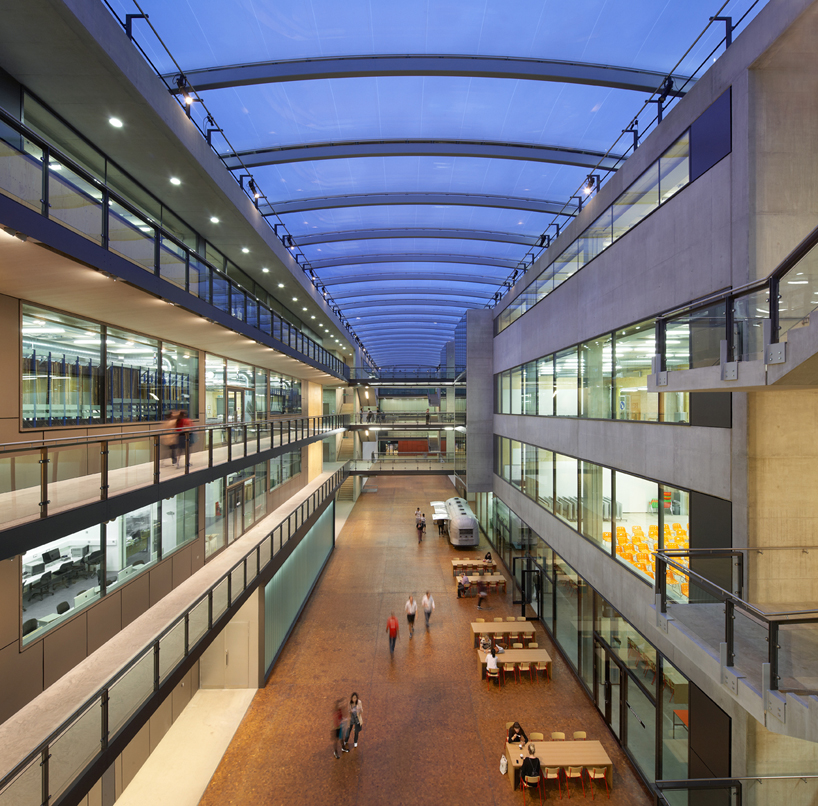 the granary building itself has been restored as the main ‘front’ of the college, facing a new public square that steps down to the regent’s canal. the building was designed in 1851 to receive grain from the wheat fields of lincolnshire, unloaded here from railway wagons onto canal boats for onward transport to the capital’s bakeries. it comprises a solid, six-storey cubic mass, with an unadorned, 50-metre wide brick elevation, extended to 100-metres by office additions flanking the building. to the north, located one to each side of the granary building, are two parallel 180 metres long transit sheds. 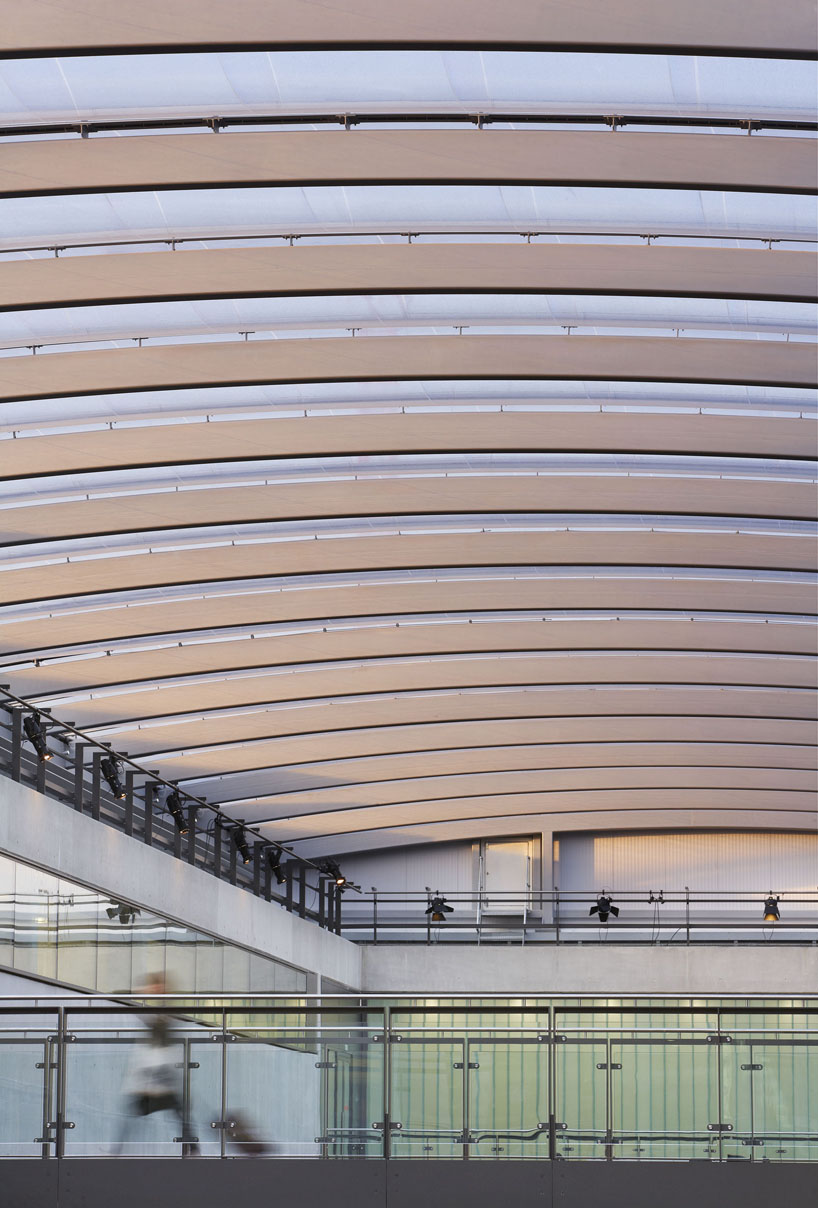 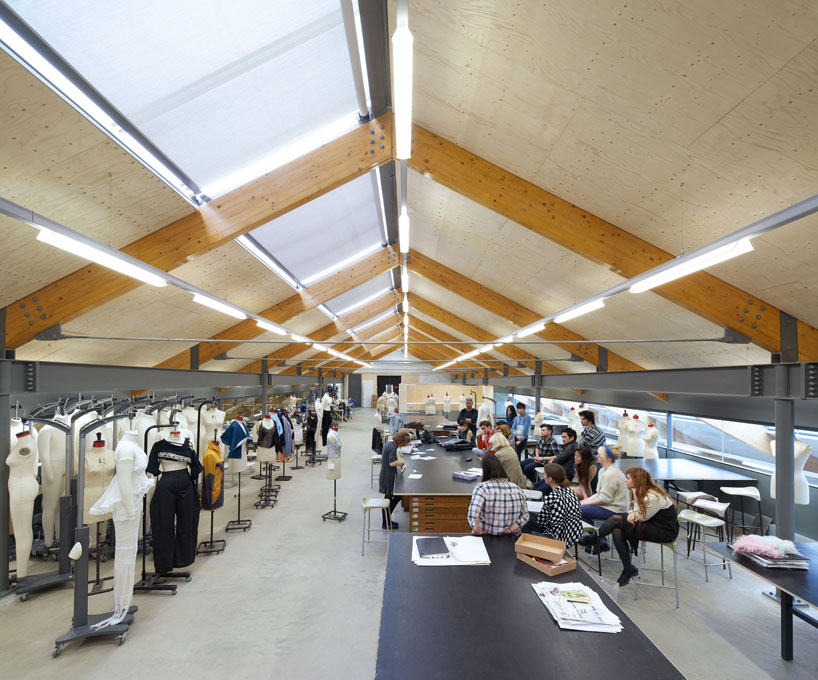 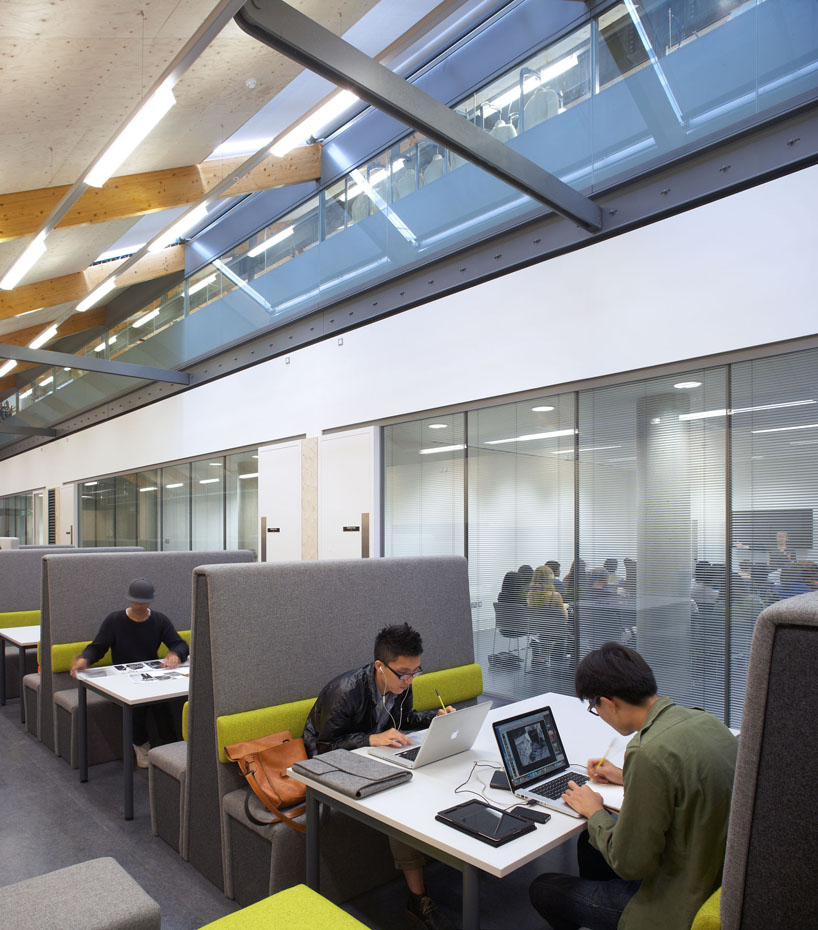 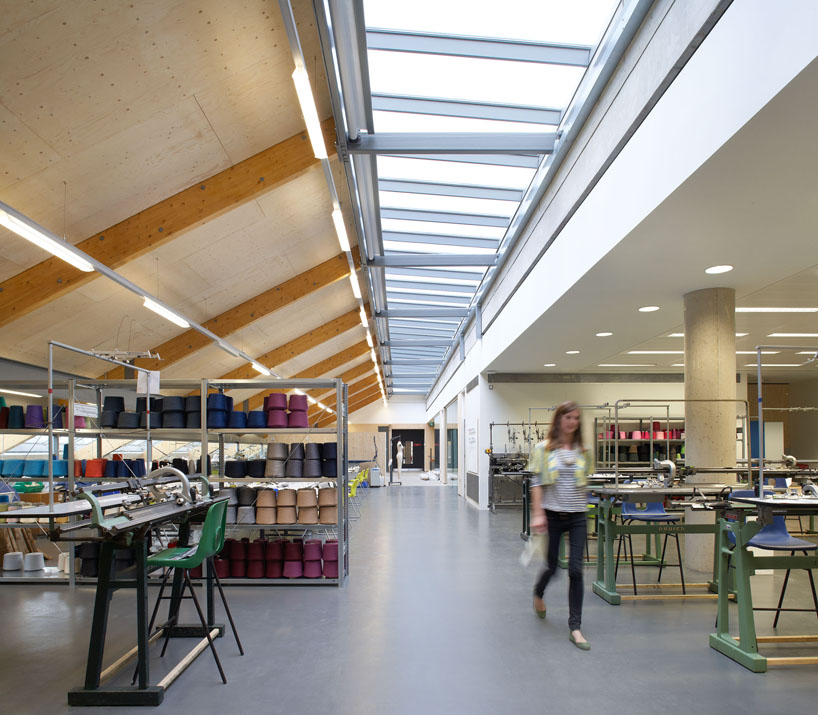 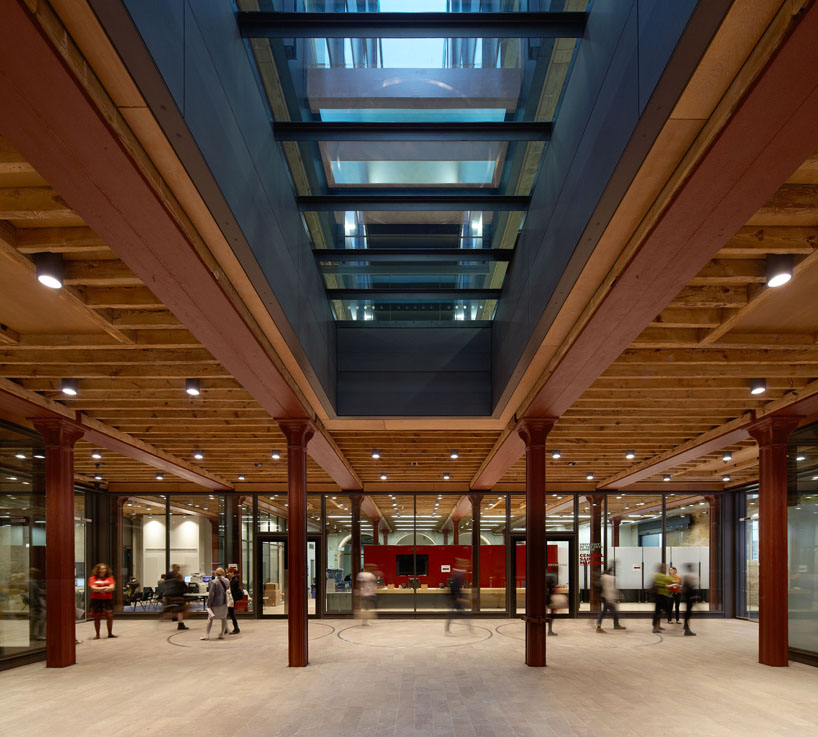 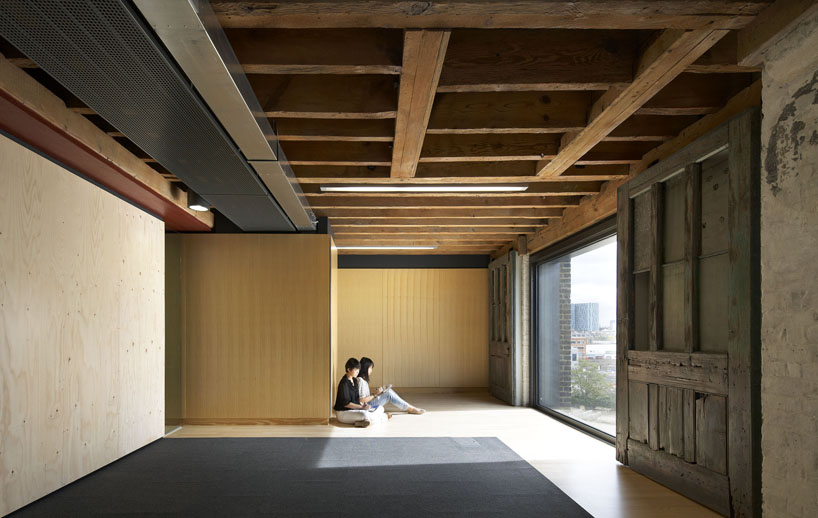 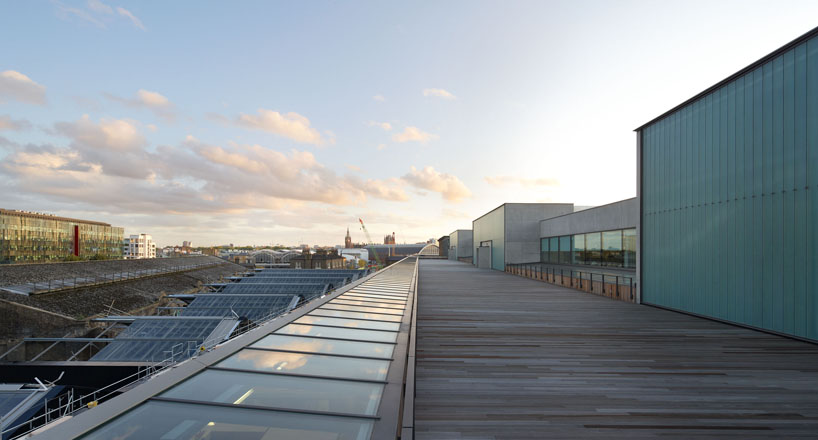 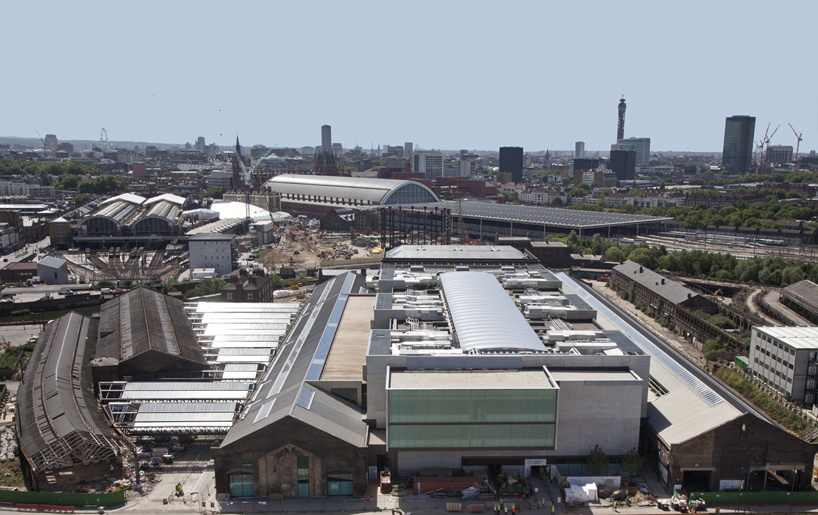 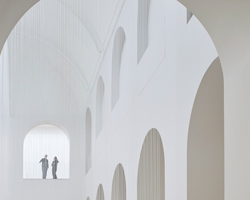 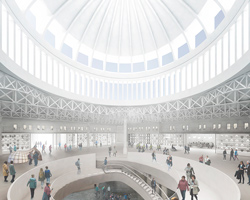 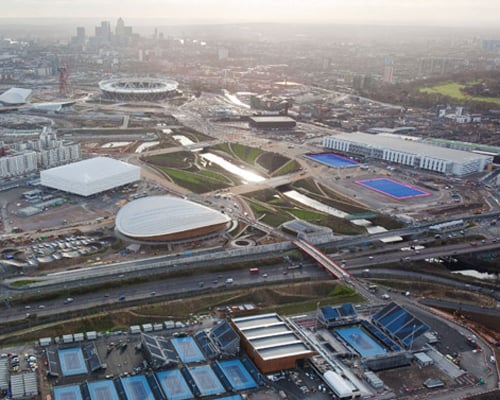 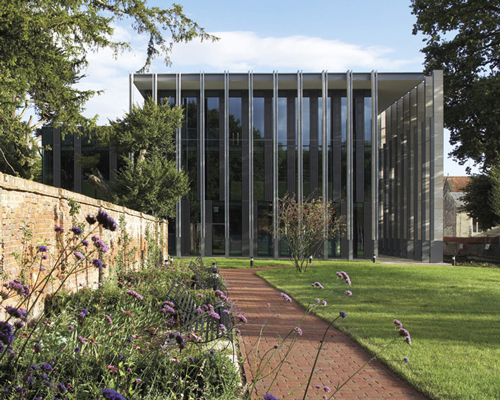 Feb 02, 2023
now complete: anish kapoor's newest 'bean' nestles into the streets of new york
the new 'bean' is snugly squeezed beneath the cantilevering slabs of the 'jenga building' in tribeca.
art
421 shares
connections: +1370