studio GGA was hired in july 2011 to develop a refurbishment project for a 140sqm house located in a charming rowhouse neighborhood of the jardins district, in sao paulo. the house, built in the 1930s, was disfigured by reforms made during the 1980s and 90s.

the proposal was to recover the proportions of the facade, to expand the ground floor, unifying dining area, kitchen and living room and to create a larger, more contemplative, outside area with a small outhouse in the back divided between a playing room, for the client’s daughters, a laundry and a restroom. on the upper floor a dressing room was built giving access – through a small mixed structure (concrete and steel) footbridge – to a private recreation area with a wooden hot tub.

seven months passed, between project and construction, until the client moved in. studio GGA combined high-end/low-end materials to achieve a creative result that meets the lifestyle of the client.

a new window was drawn to restore the original proportions of the facade, the wiring is conducted through electrical conduits that rest visible in the walls and ceilings and, with the removal of the internal walls of the ground floor, three steel beams and one steel column were placed to ensure the structural support of the house.

the floor and external coating and decking are of pine wood. the kitchen, dining and living room cabinets are all aligned on the same wall. the sofa was designed exclusively for this project.

knowing the client’s passion for cooking, a 5m long kitchen counter top made of corian was designed including cooktop, oven, a large sink and a table for six people. still on the ground floor, two large pivoting doors with wooden frame and large glasses open to a small courtyard.

the original staircase was preserved, only the handrail was covered with a white wooden box that holds a 162 bottle wine cellar and a storage space for luggage.

on the upper floor there are two bedrooms and a bathroom, an interesting detail is that while scraping the wall of one of the rooms a fresco, probably from when the house was built, was found in good condition and a piece of it was preserved. 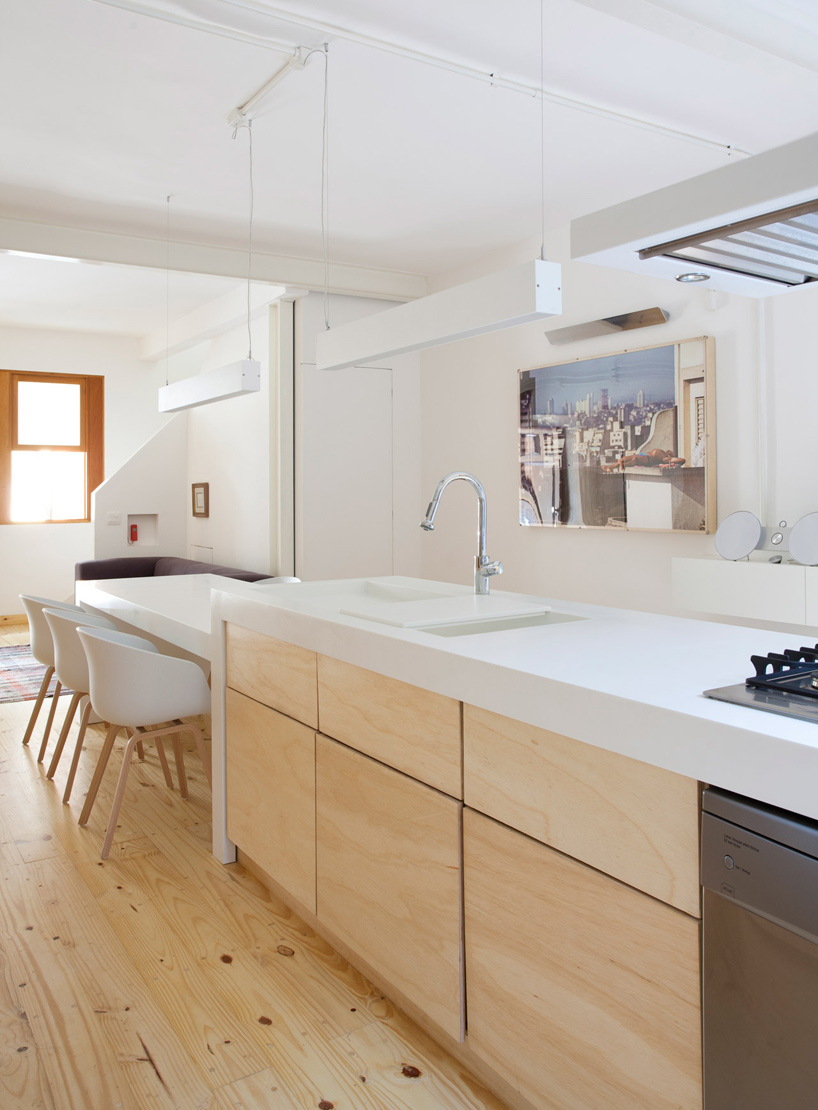 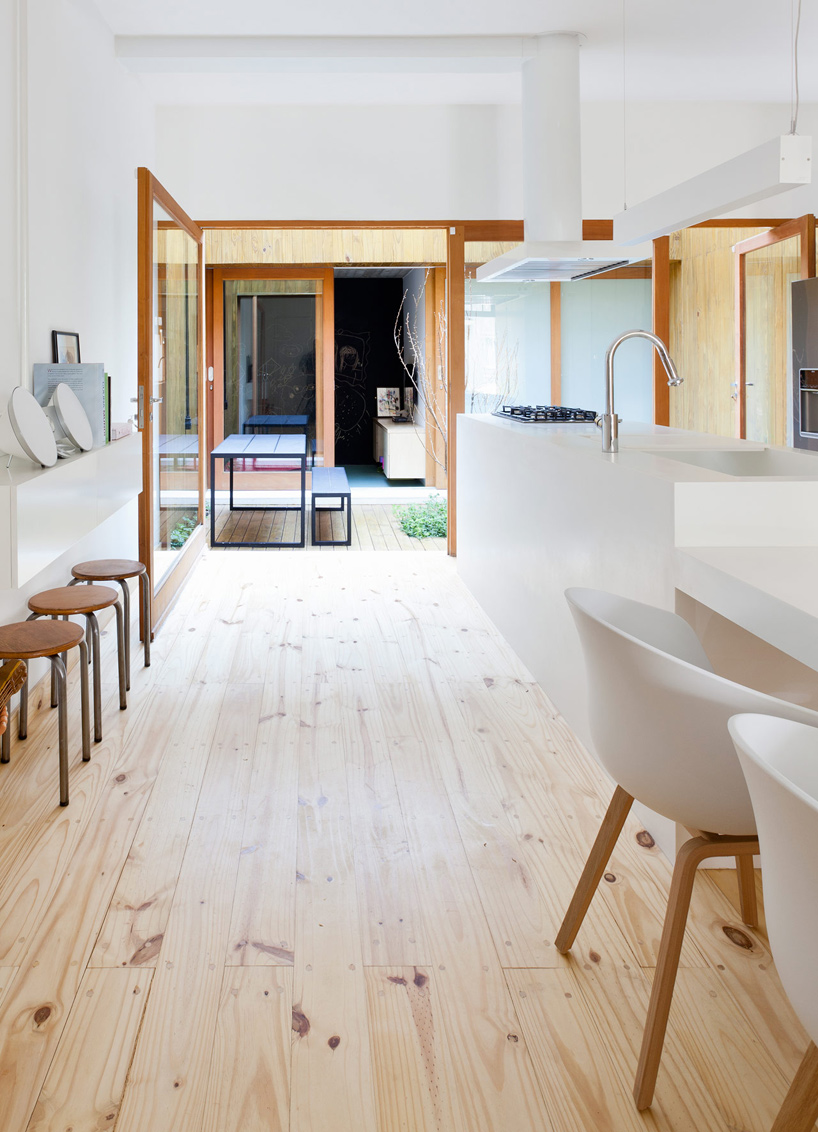 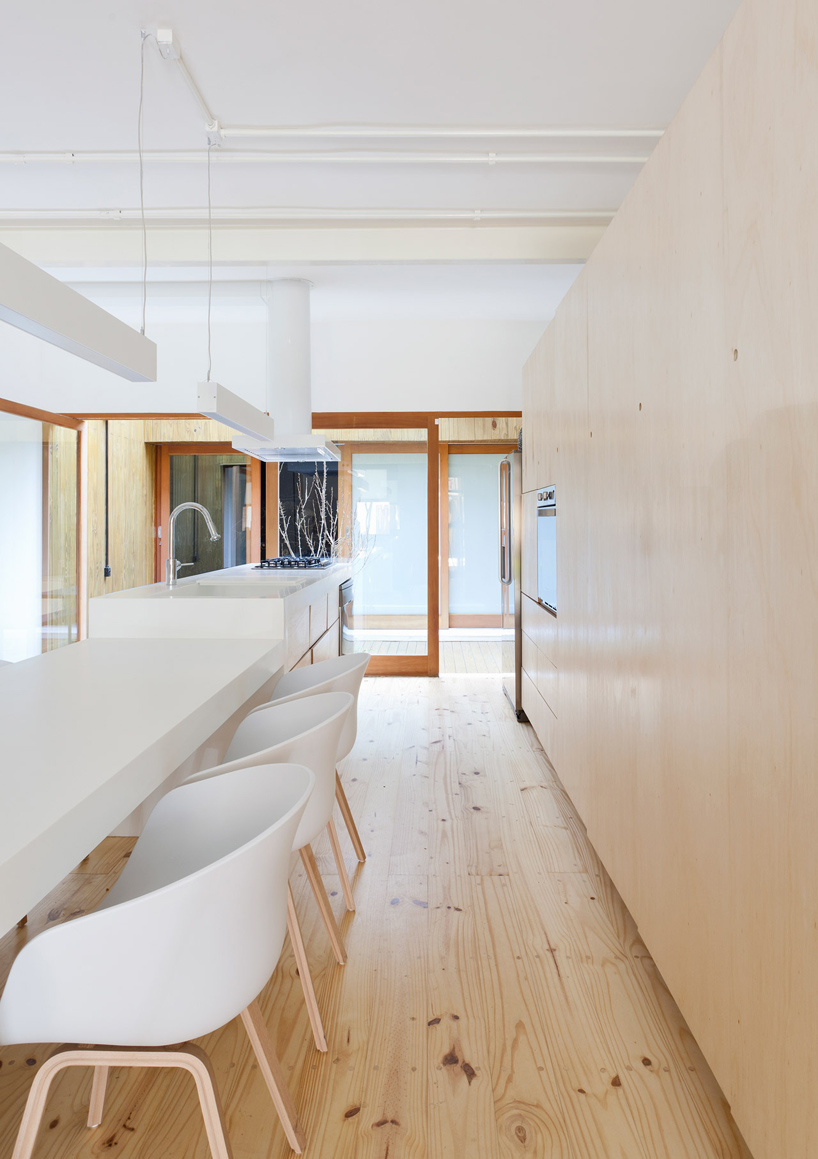 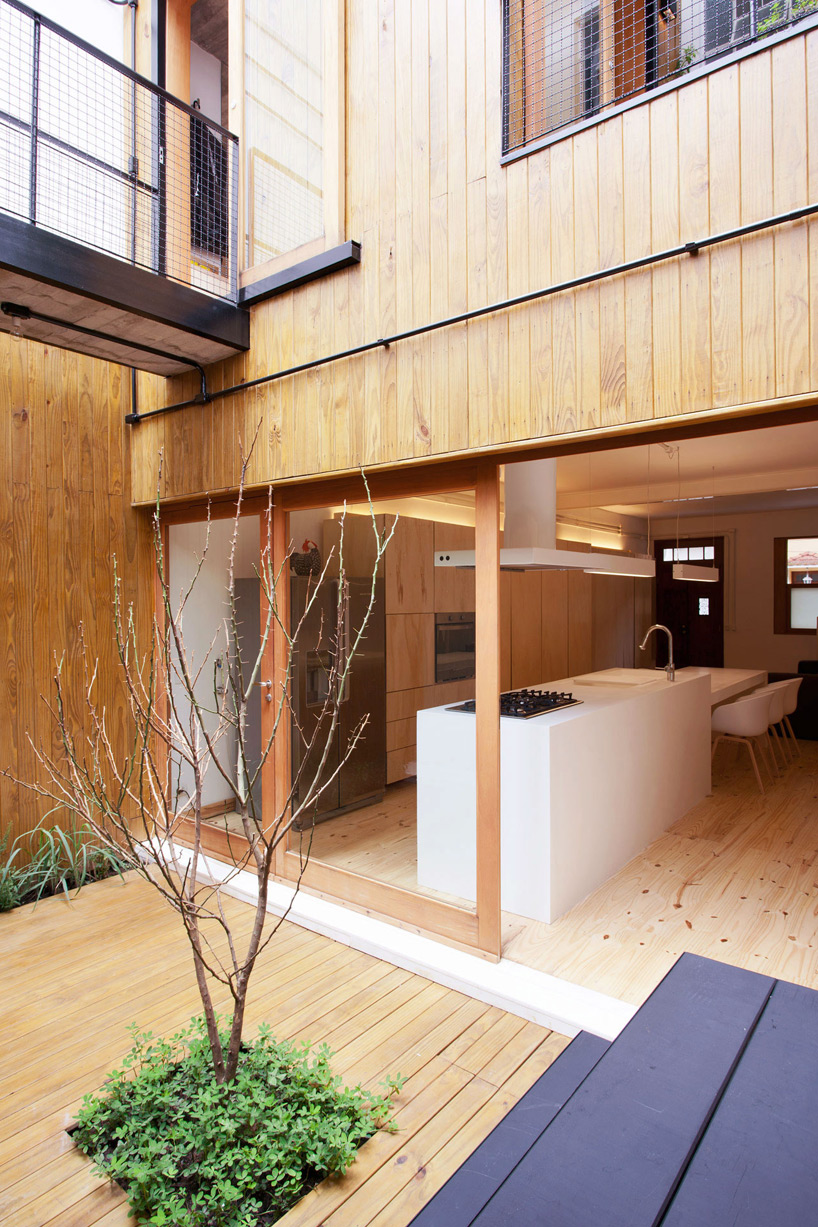 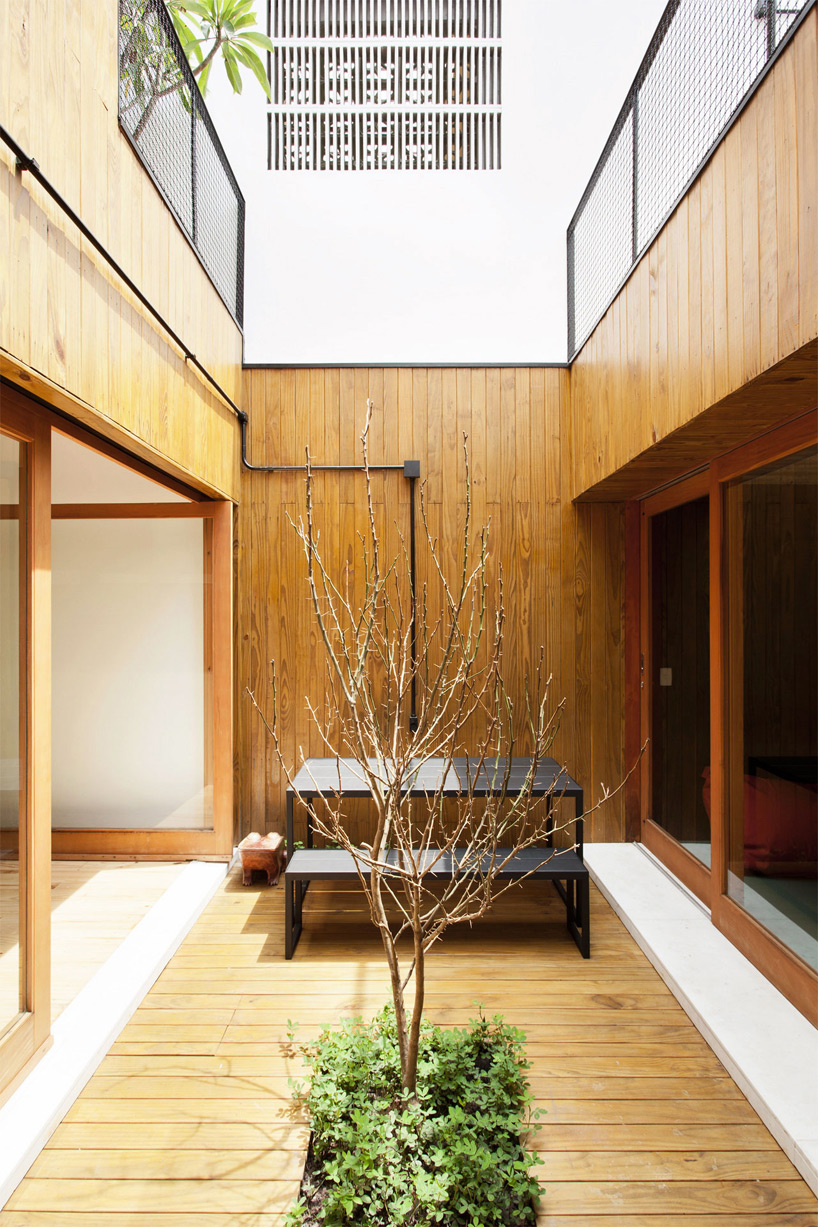 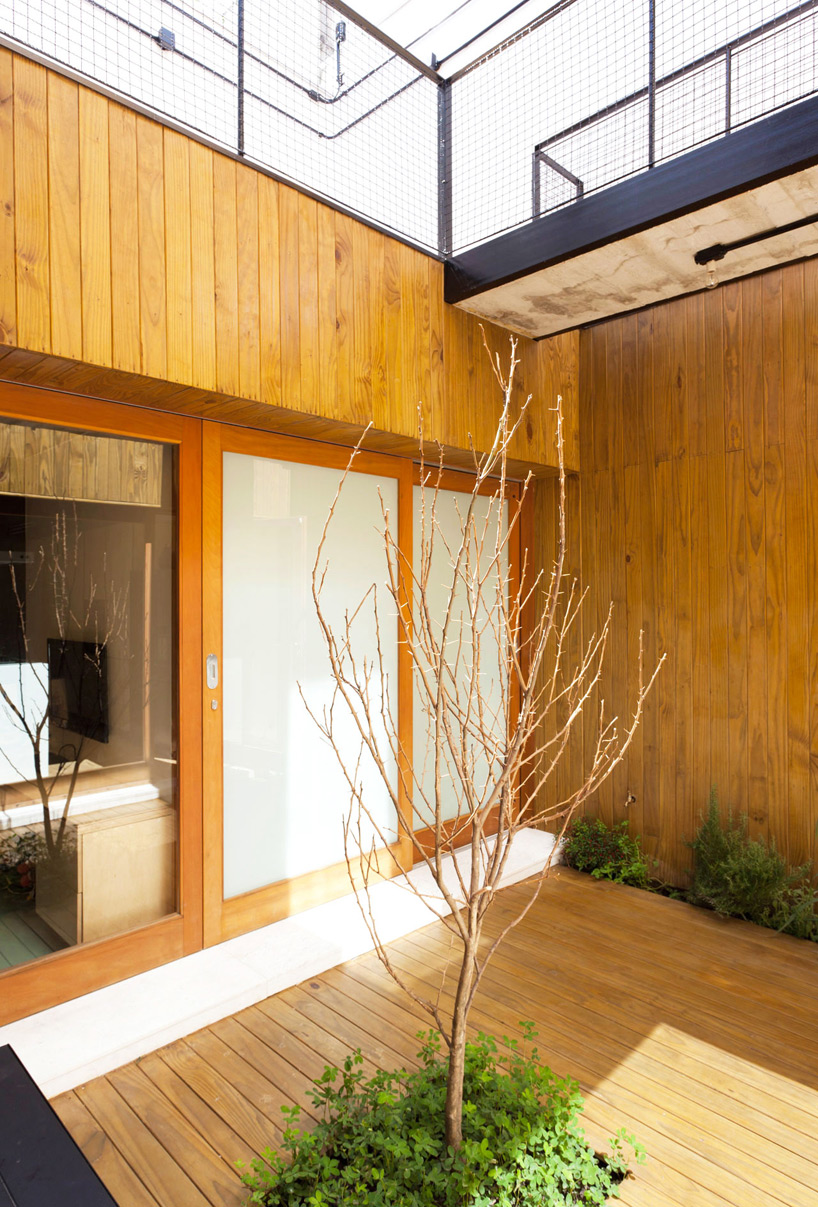 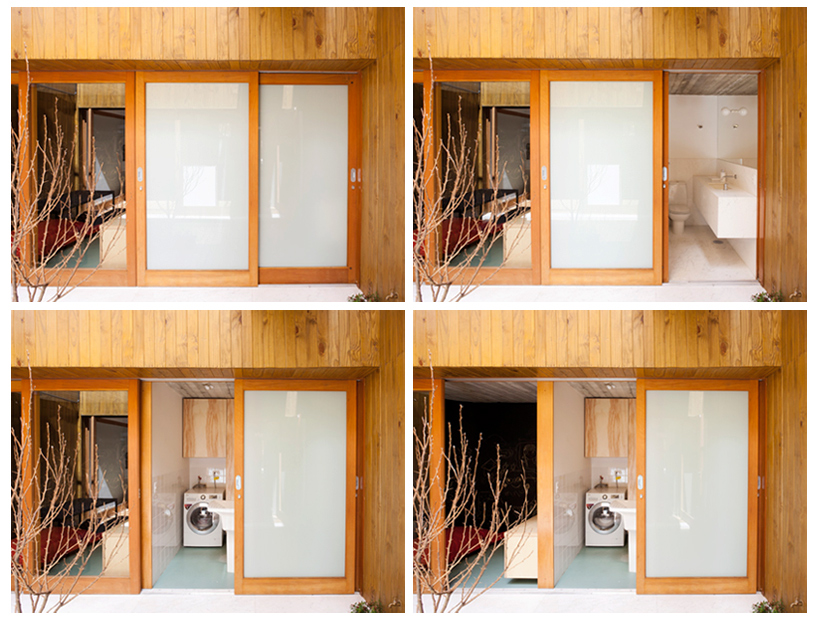 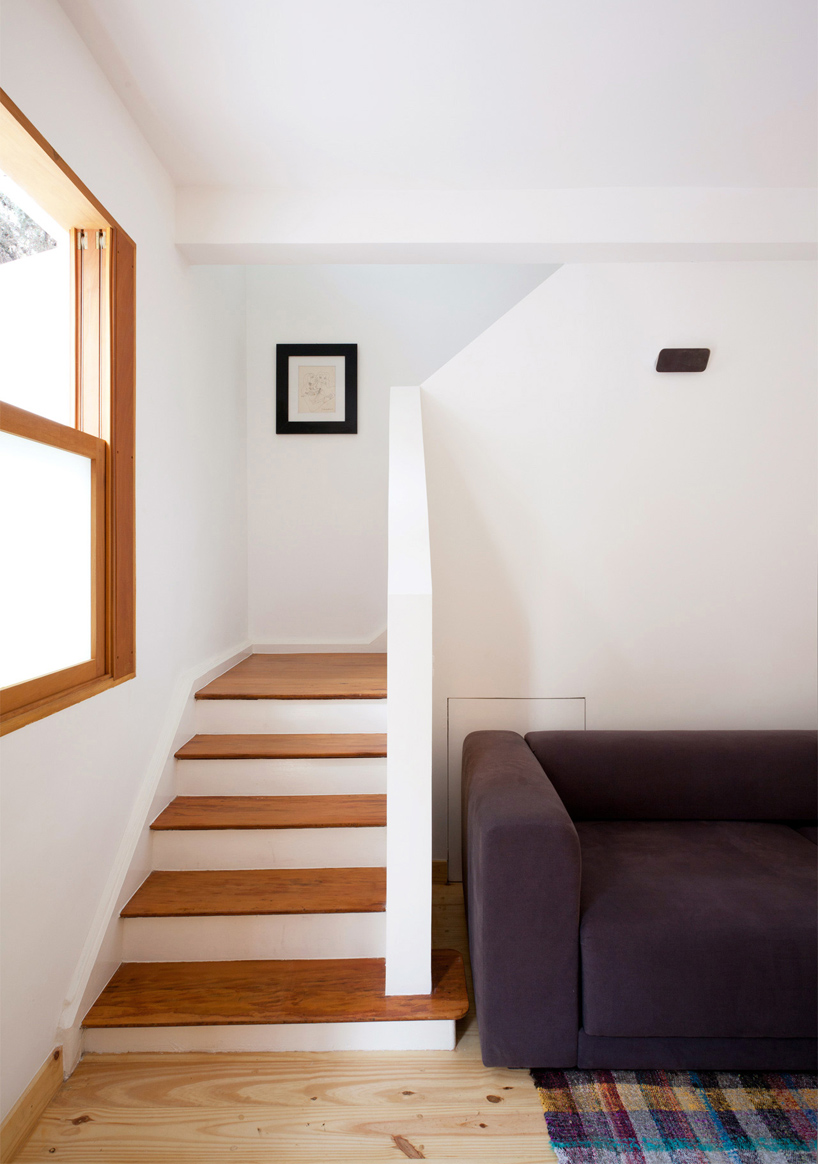 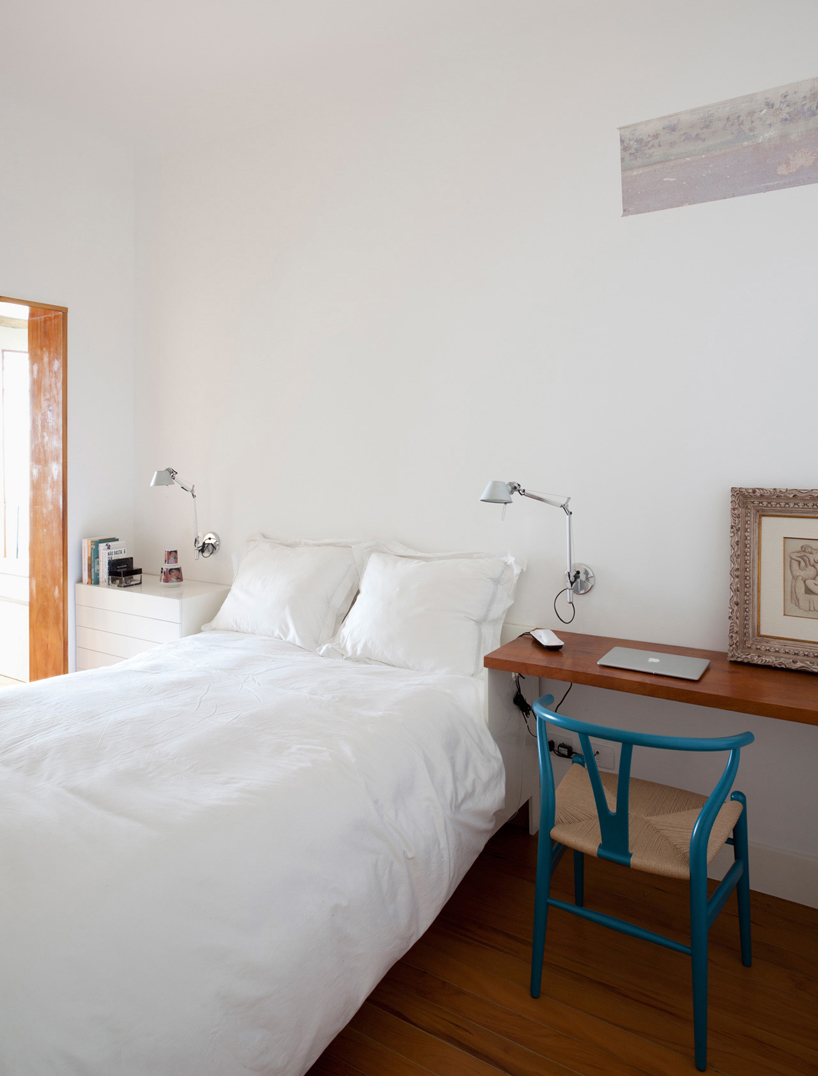 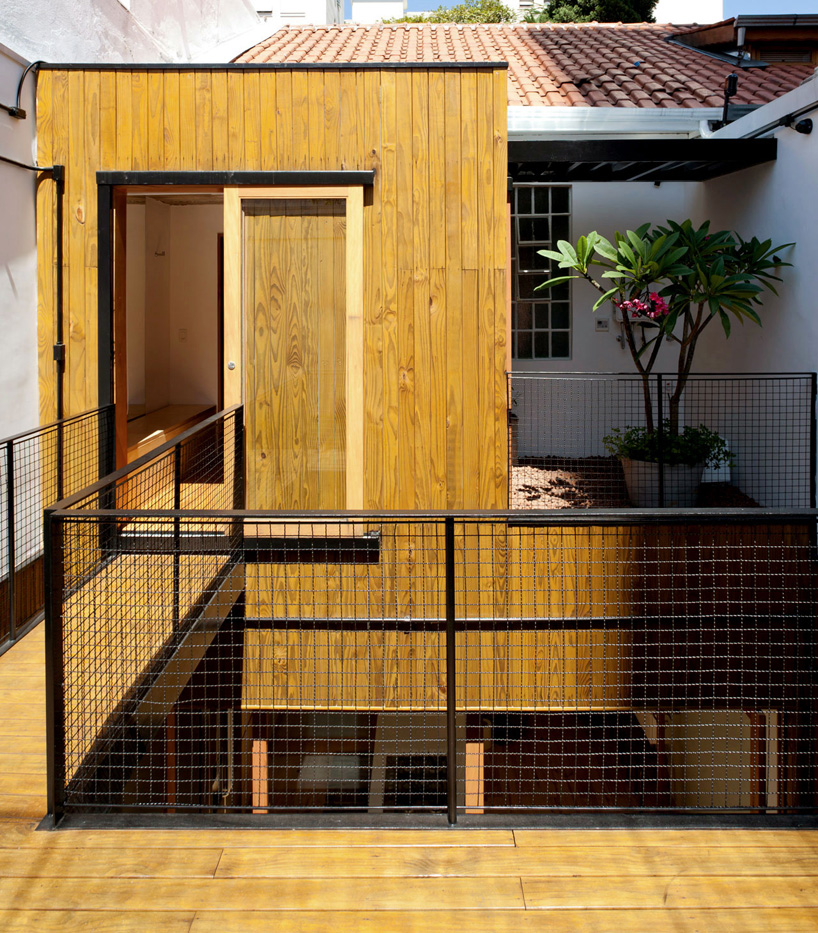 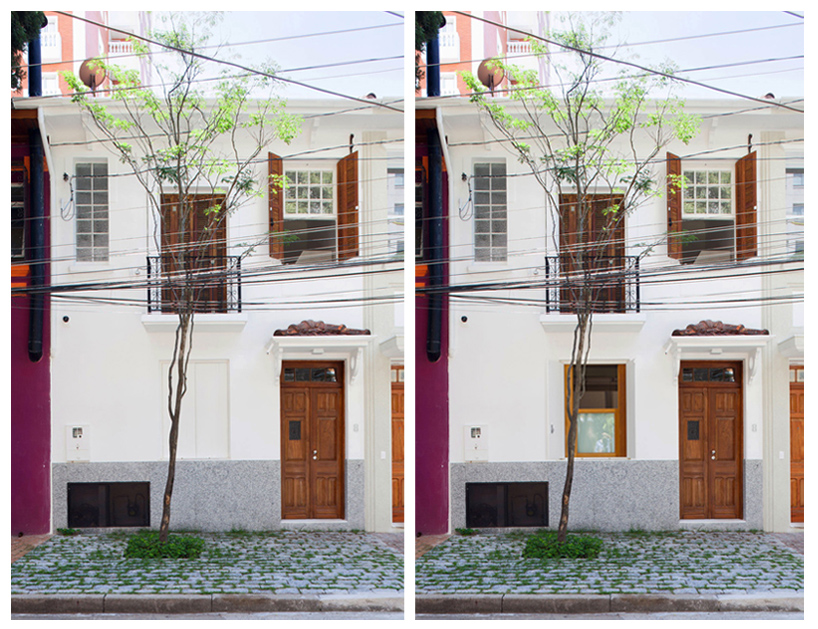 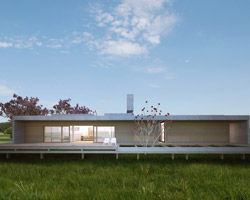