‘shelter’ is a collection of space dividers composed of specially selected fabrics, meticulously unthreaded in to new geometrical patterns by london-based firm studio henny van nistelrooy. in reaction to the machine woven structures, henny has been removing the fabrics by hand in order to create new geometrical designs within the material. by doing this the tightly woven, opaque textile becomes translucent and the relation between the different threads that make up the tissue becomes clear.

the project was initiated after a recent journey to china, where the beautiful architectural features appearing in many ming/qing imperial palaces and gardens have been influenced by the use of color and shape.

‘shelter’ was on show at the front room, geomtery and color during milan design week 2012 which presented new object for the gallery. composed of wool poplar and measuring 1600×1200 mm. each object is a fresh version of it’s predecessor, and all are united by the ritualistic nature of sheer geometries and strikingly contemporary color palettes. in a departure from the amorphous forms that have preoccupied the design world in recent years, t his up-and-coming group looks to purity with an element of playfulness. the front room is a self-initiated project curated by matylda krzykowski and marco gabriele lorusso. the show is hosted by ca’ laghetto and supported by okolo. 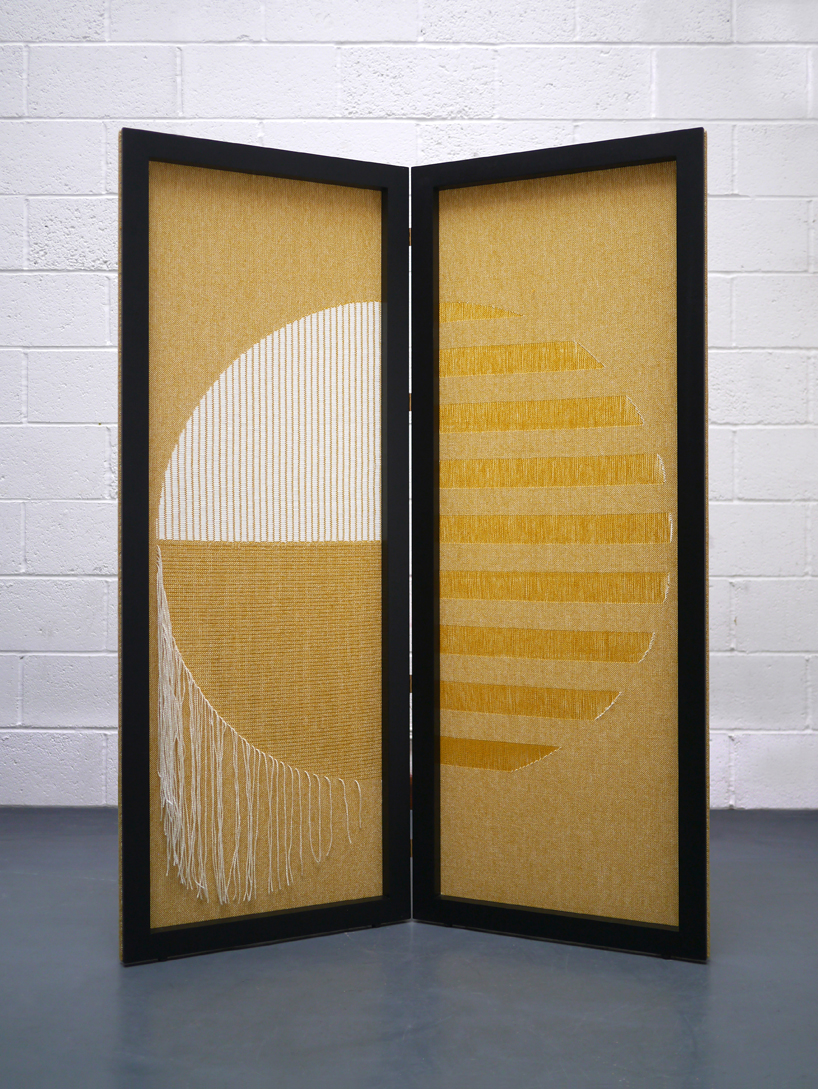 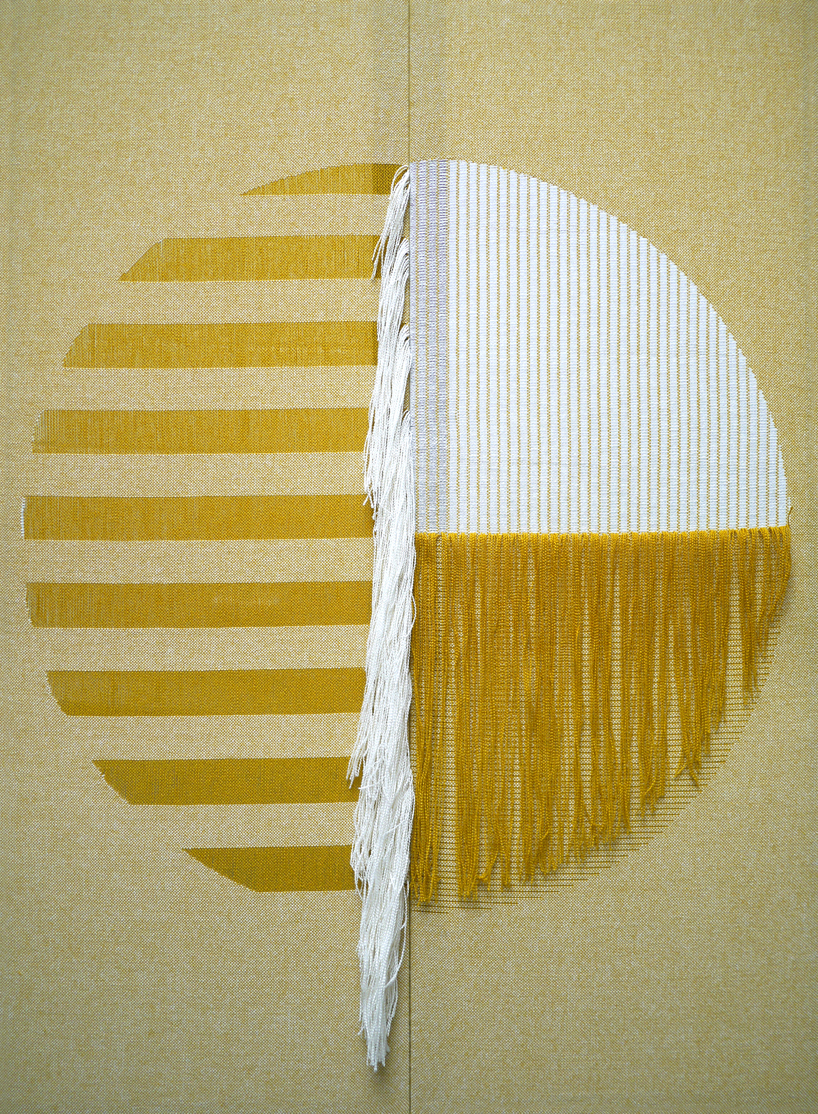 detail of yellow and white threads 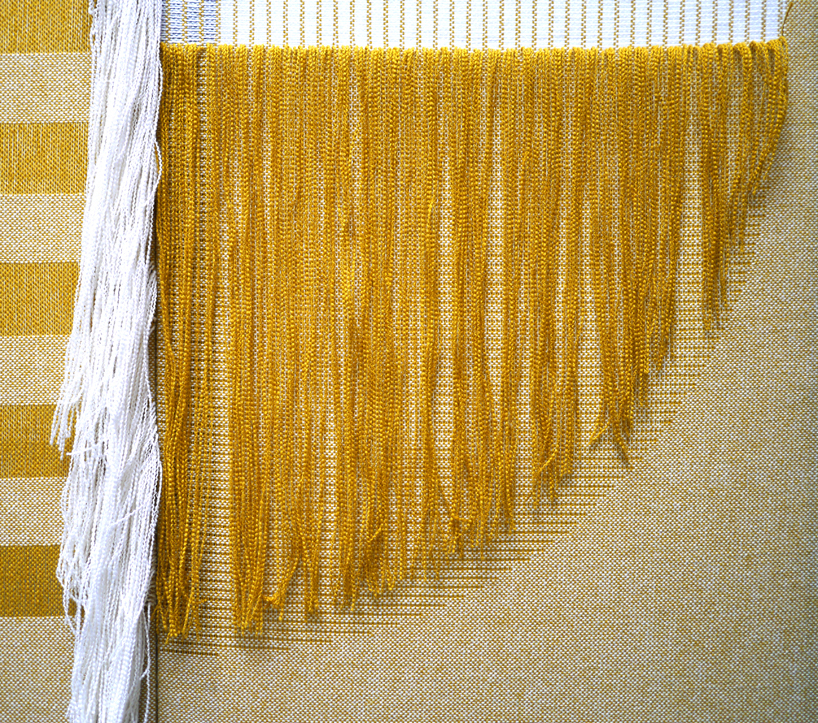 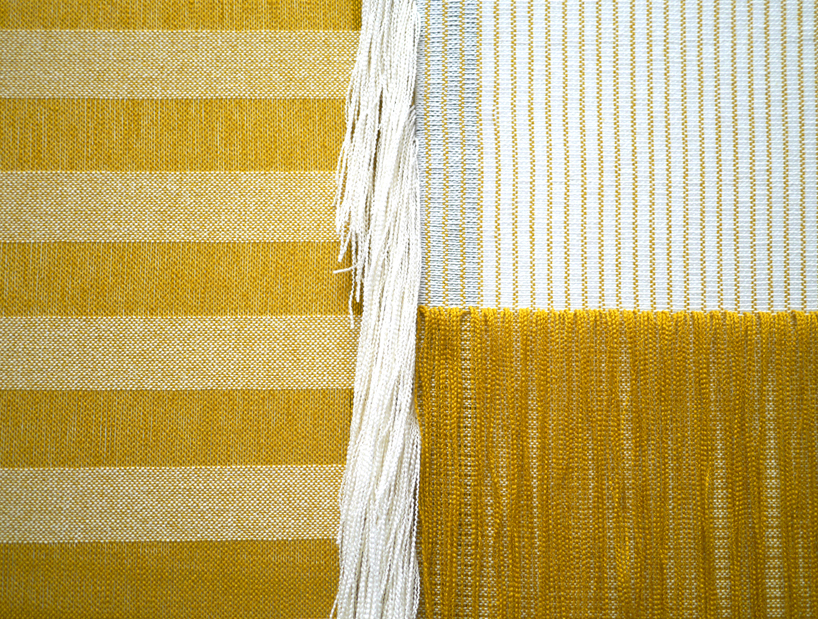