I-MANGO is an independent unit for a single family, designed by japanese firm takuro yamamoto. located in suburb of osaka city, japan, the site consists of an existing house and the residence of the client’s parents. a key element for the project was to establish a firm relationship between the two houses. at first, creating a physical connection amidst the two houses was difficult due to code regulations and its form. as a result, the new house was built on the north side of the site to allow the parents’ house to have a small garden on the south side. this arrangement created a large open space on the south side of both buildings. 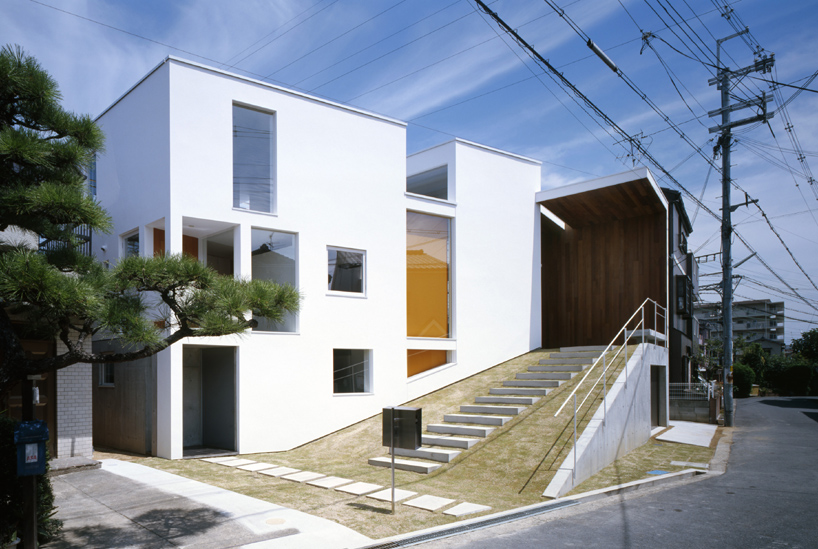 the proposed common garden for both families directly faces the street on the south side, which also creates issues for privacy as windows are also located on this facade. the introduction of a private terrace on the flat roof of the garage provides a connected pathway that passes through the garden with a natural slope. the private terrace protects the residences from the public space and private areas. the living room and kitchen are on located the second floor and open directly to this private terrace, providing the families with sunlight, fresh air and privacy. 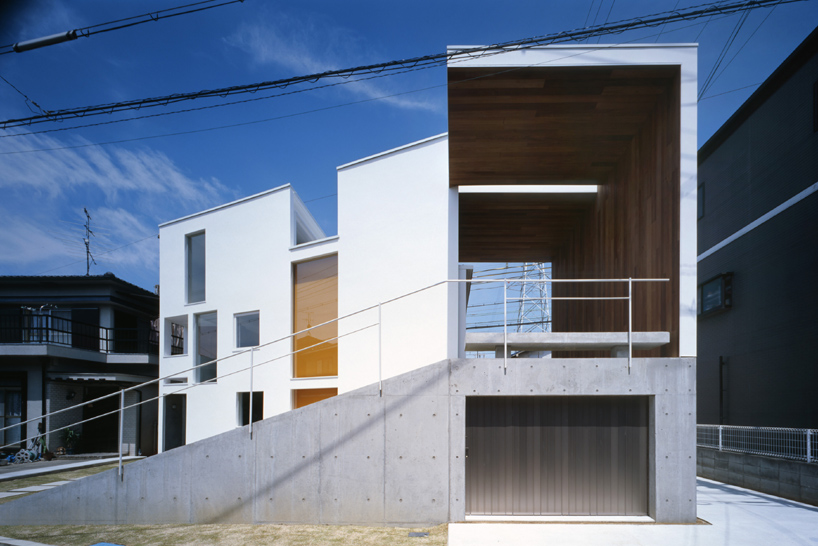 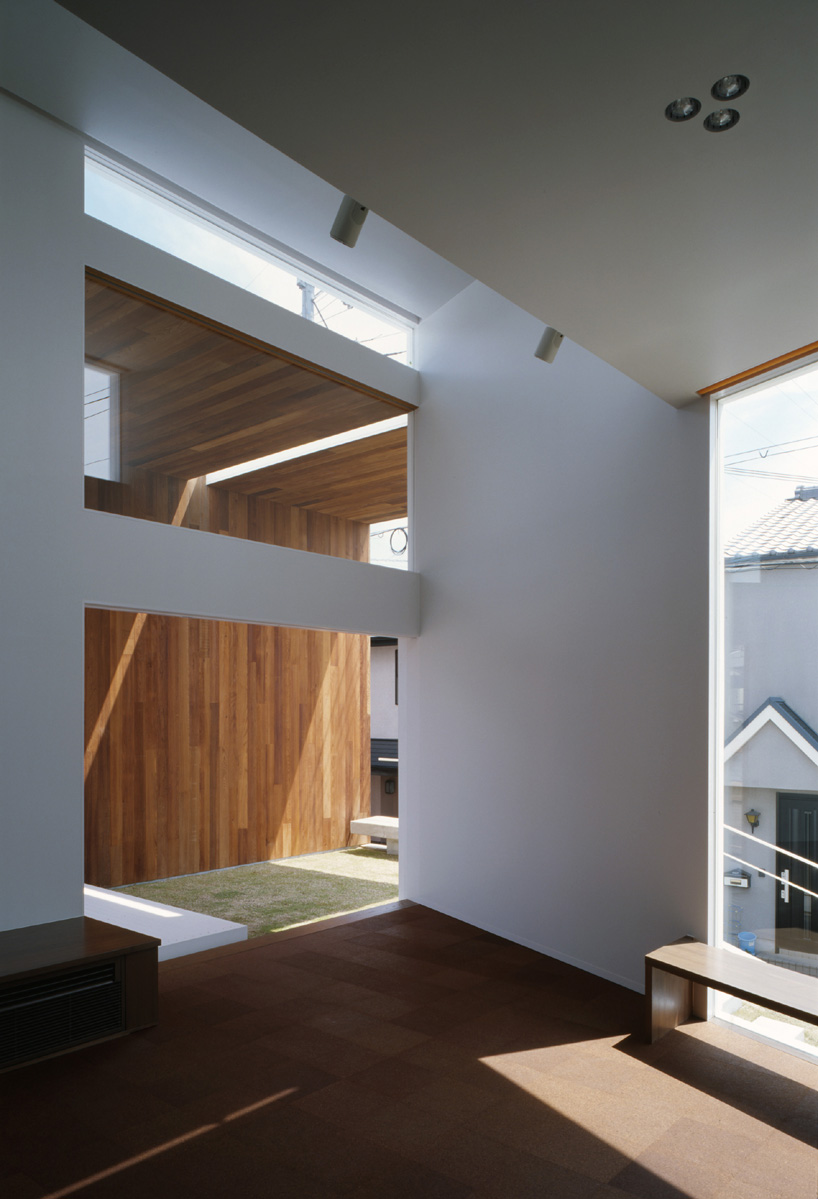 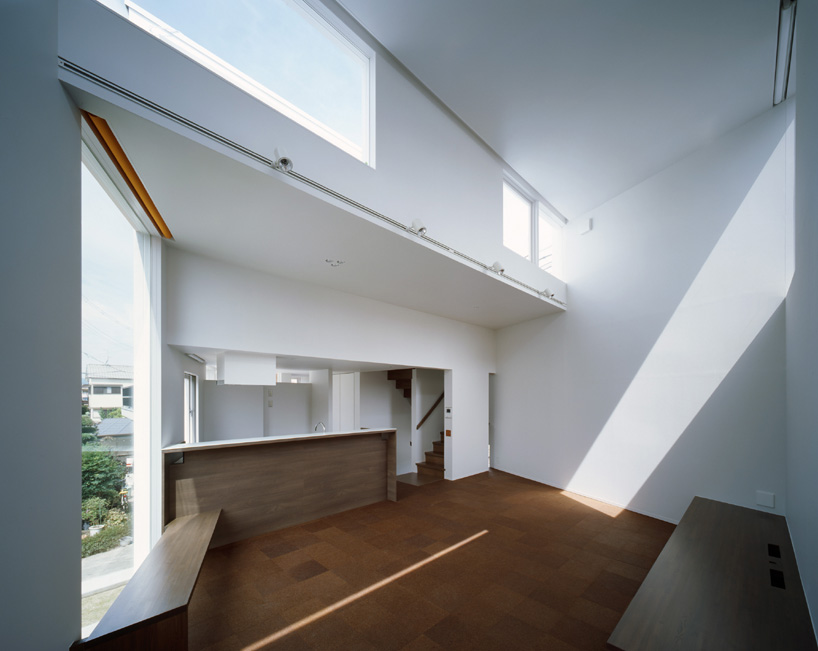 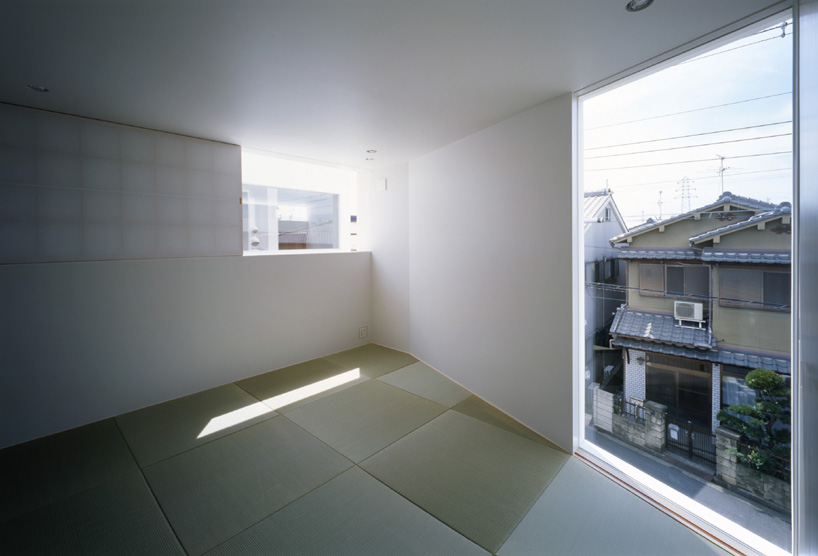 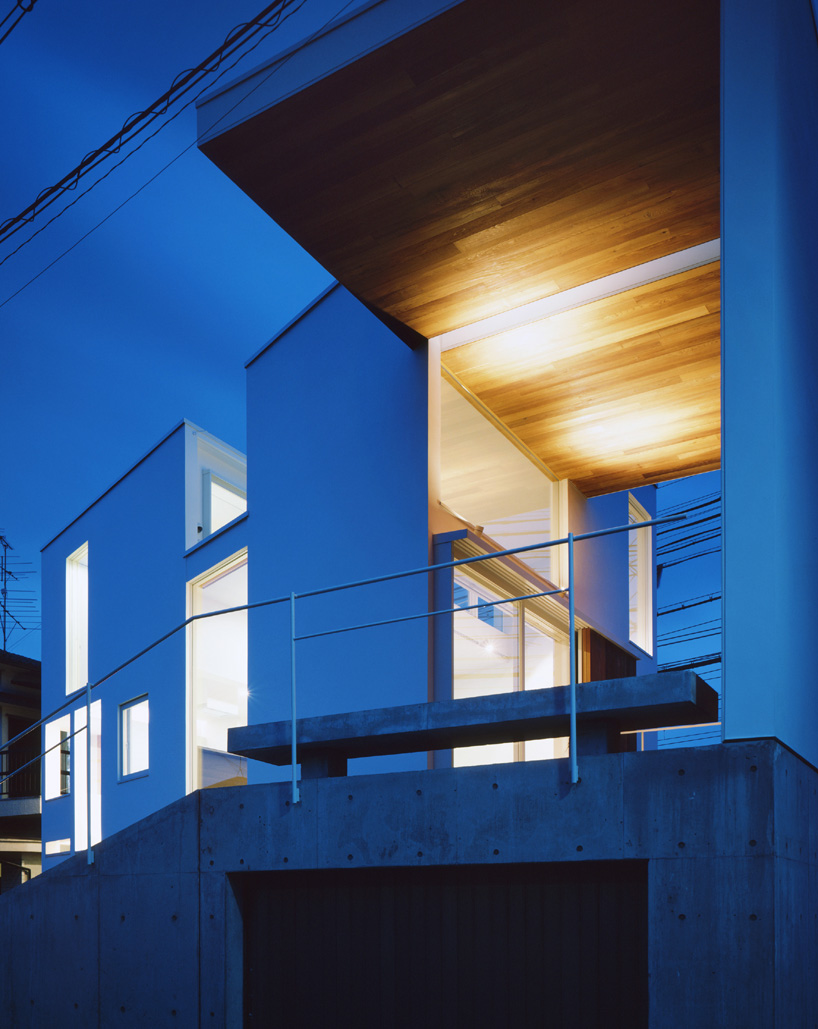 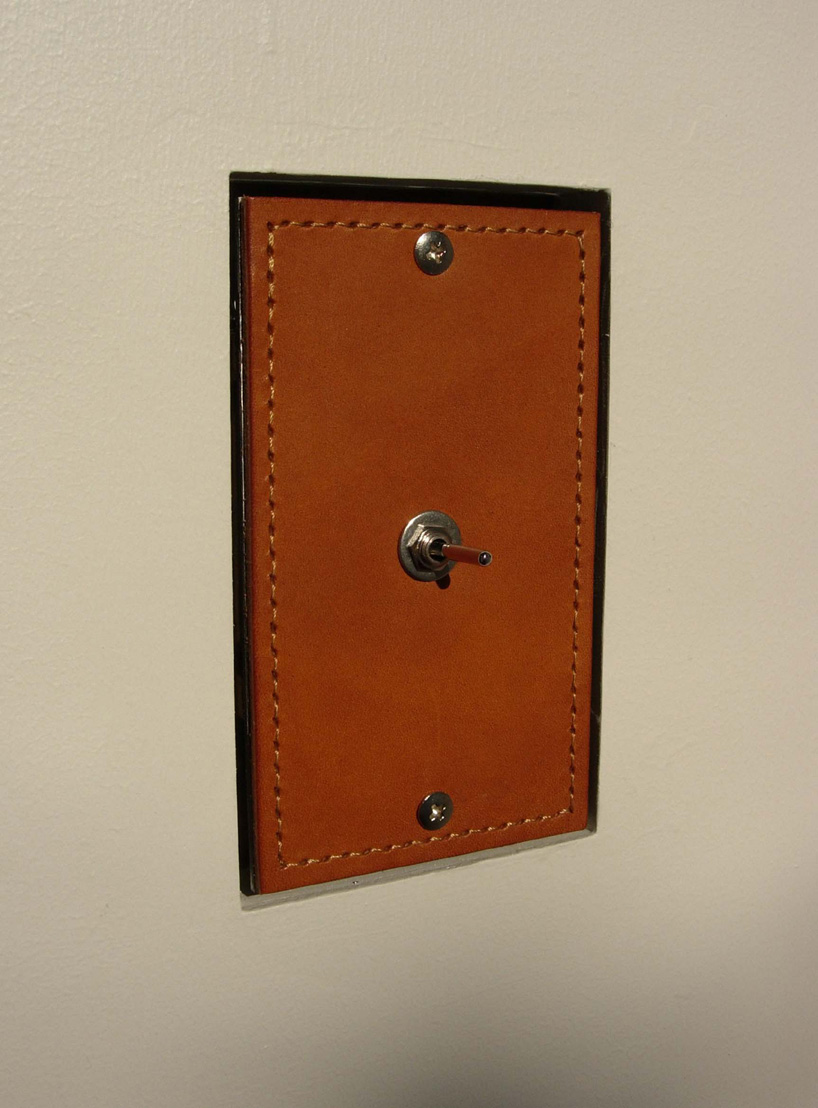 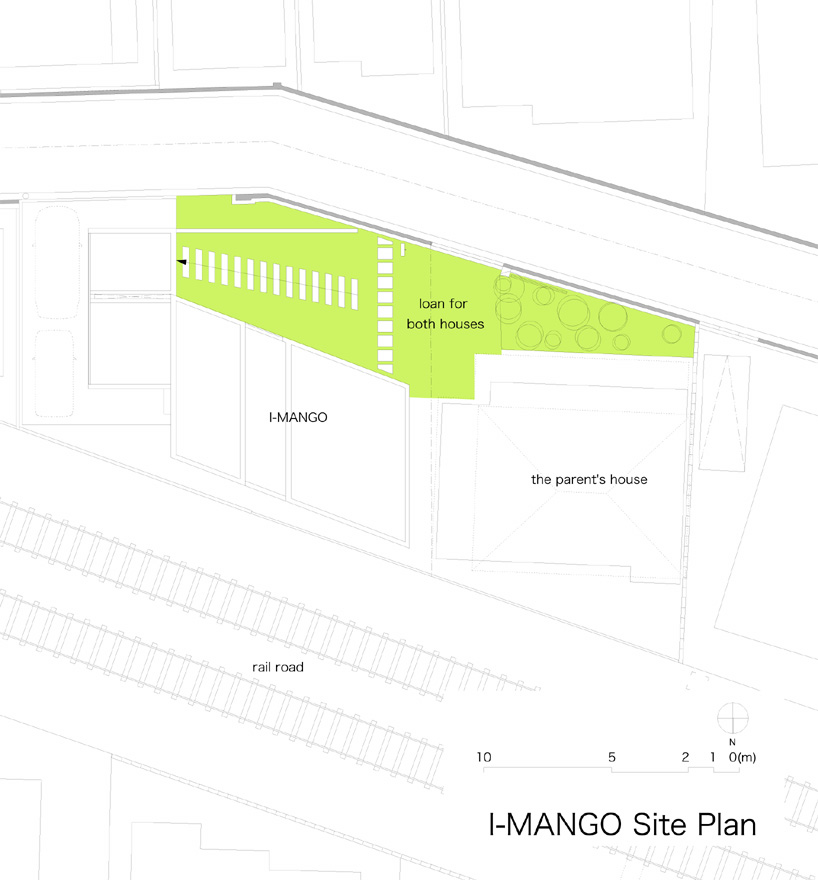 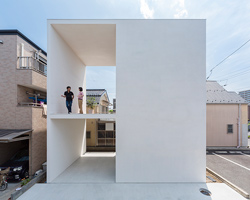 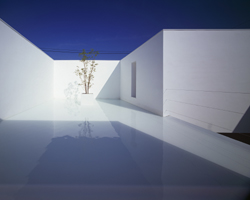 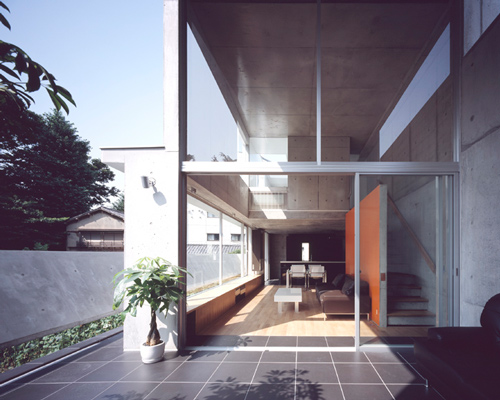 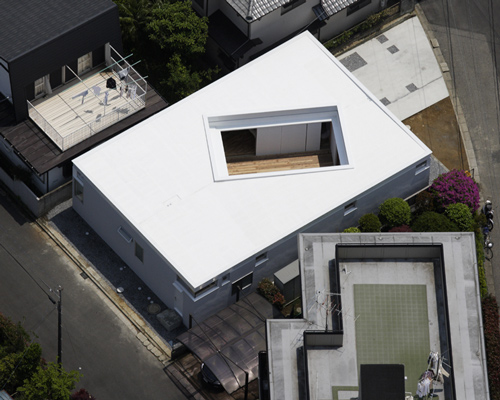