standing boldly in new york agency contently’s office, are the words ‘those who tell stories rule the world’ designed by american will pay. the brief was to paint a quote in the common area, something that would reflect the business and their attitude, and after collaborating together the famous native american proverb was decided. in order to maximize the approximately 11′ x 11′ square wall, will pay broke the quote into separate lines. the final sketch was drawn on a custom grid paper where each square is one inch, six inches cubed made for a thicker line in order to have half foot marks – making it easier for the image to be scaled up to the necessary size. using a blue lead pencil and blue transfer paper the words ‘those who tell the stories rule the world, native american proverb’ was inscribed. working with paint markers to get solid crisp edges, an opaque primmer was applied instead of white paint, giving a flat bright white light that really ‘pops’ off the wall. 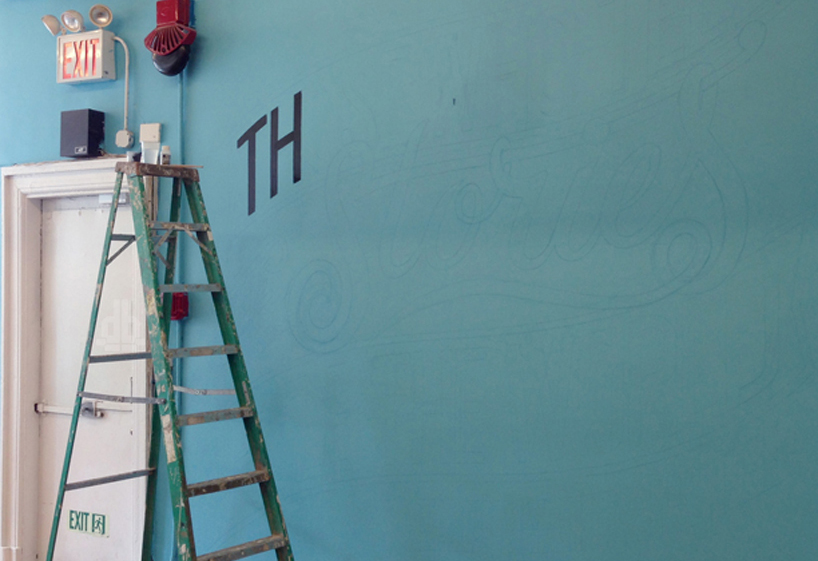 laying out all the type, will pay broke the quote into separate lines to maximize the wall 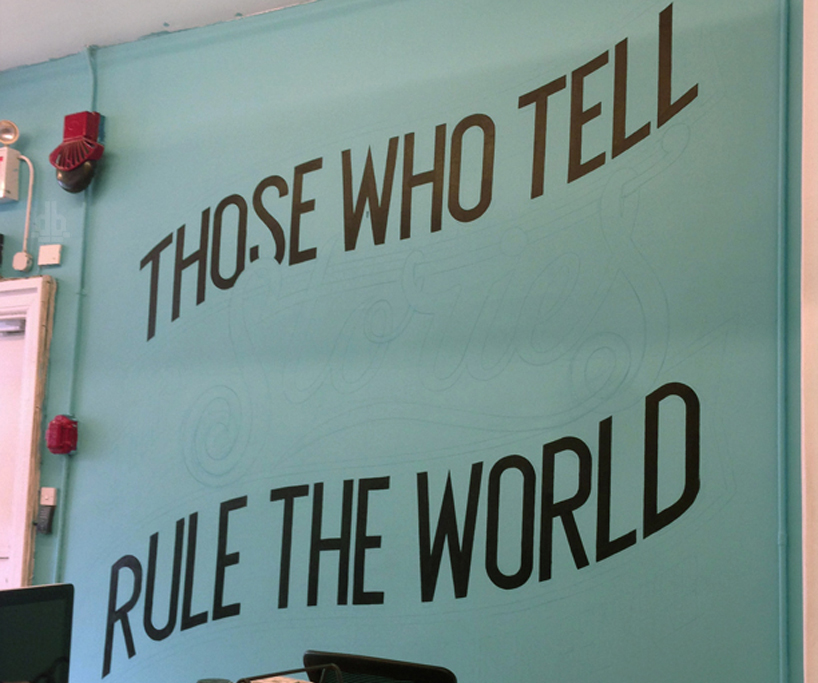 paint markers were used to get the solid crisp edges 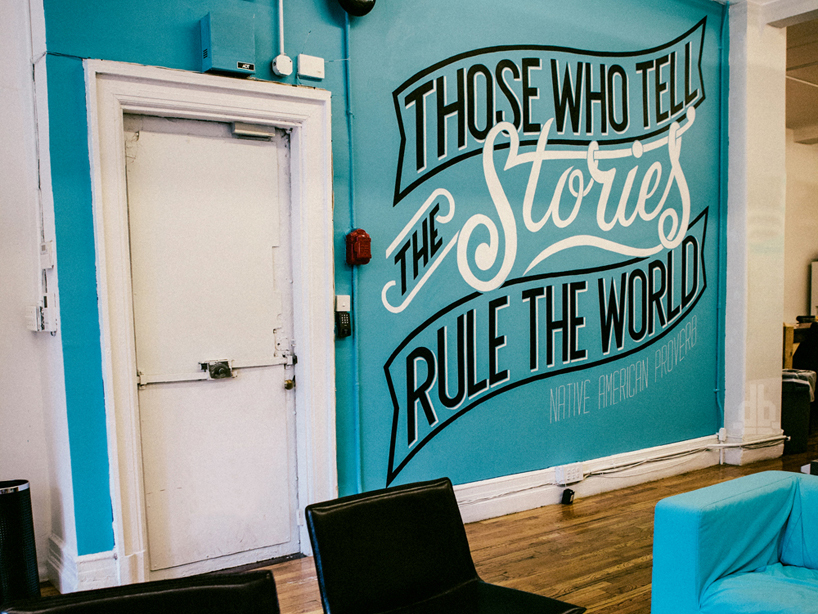 the wall faces the common area of the office 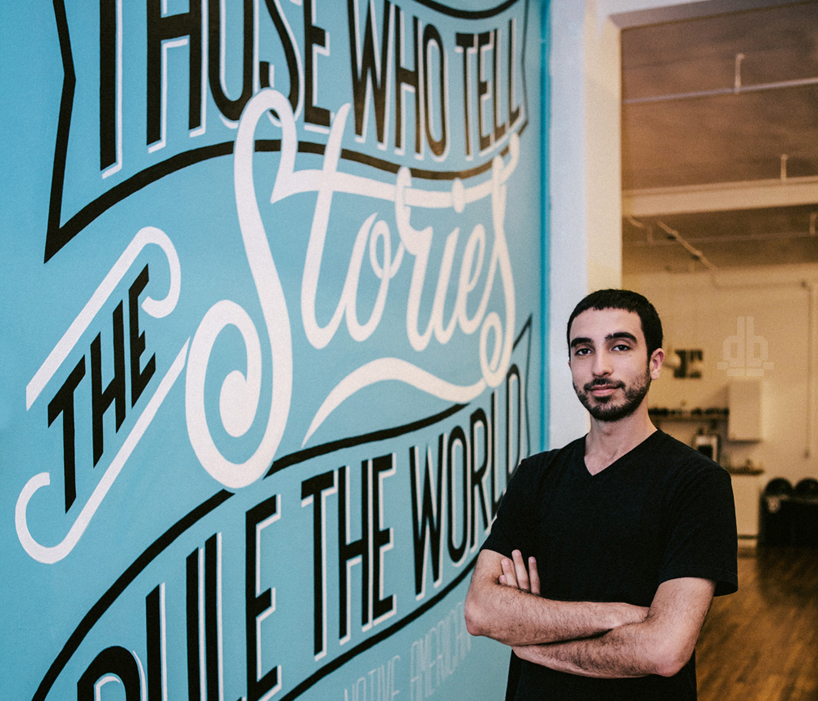 will pay in-front of the finished piece 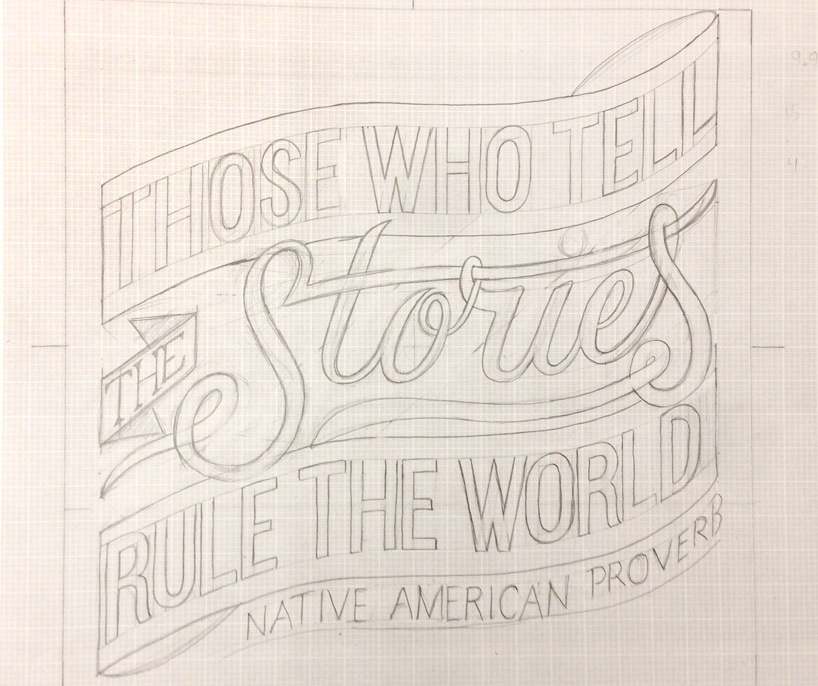 the approved sketch for the wall

May 05, 2022
cabinland comes to the sunny southwest, beginning with its salvaged timber 'desert cabin'
after completing six cabins in the mossy pacific northwest, the cabinland team brings its vision to the cactus desert.
architecture
180 shares
connections: +680

May 05, 2022
concrete brick façades flow into central yard to form nameless architecture's café in korea
the structure is composed of two separate buildings housing a café and a bakery, while an intermediate courtyard completes the U-shaped ensemble.
architecture
822 shares
connections: +2950

May 03, 2022
first peter zumthor furniture collection by time & style now available for consumers
free from decorative elements, the pieces testify to a fragment of his works, as parts of an architectural narrative.
design
240 shares
readers
connections: 29