tobias revell, a british interaction designer, has documented the dharavi slums of mumbai, india, showcasing how genetically modified mushrooms have revitalized the poverty stricken city in the ‘new mumbai’ of the future. originally from amsterdam, highly experimental biotechnological samples had been stolen from a dutch lab, where the fungi had been re-engineered to exponentially grow in size for use as narcotics and to create a micro-economy based off the material. as the new plant became introduced into the overpopulated but highly educated urban mass of the slums, the locals began to use it to their advantage – to both exercise freedom from the state and to provide suitable living conditions. today, the mushroom is used to harvest energy as well as provide providing heat, light and building material for the residents of the slums of dharavi. 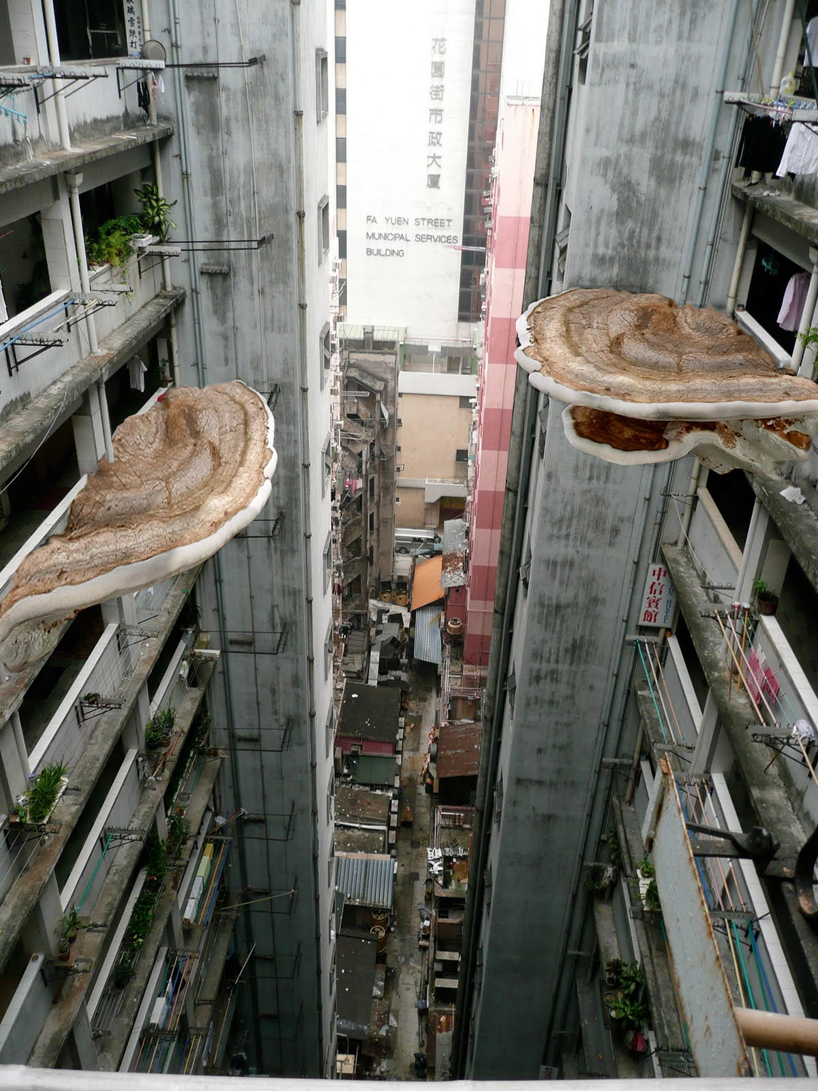 harvesting of the mushroom on city buildings 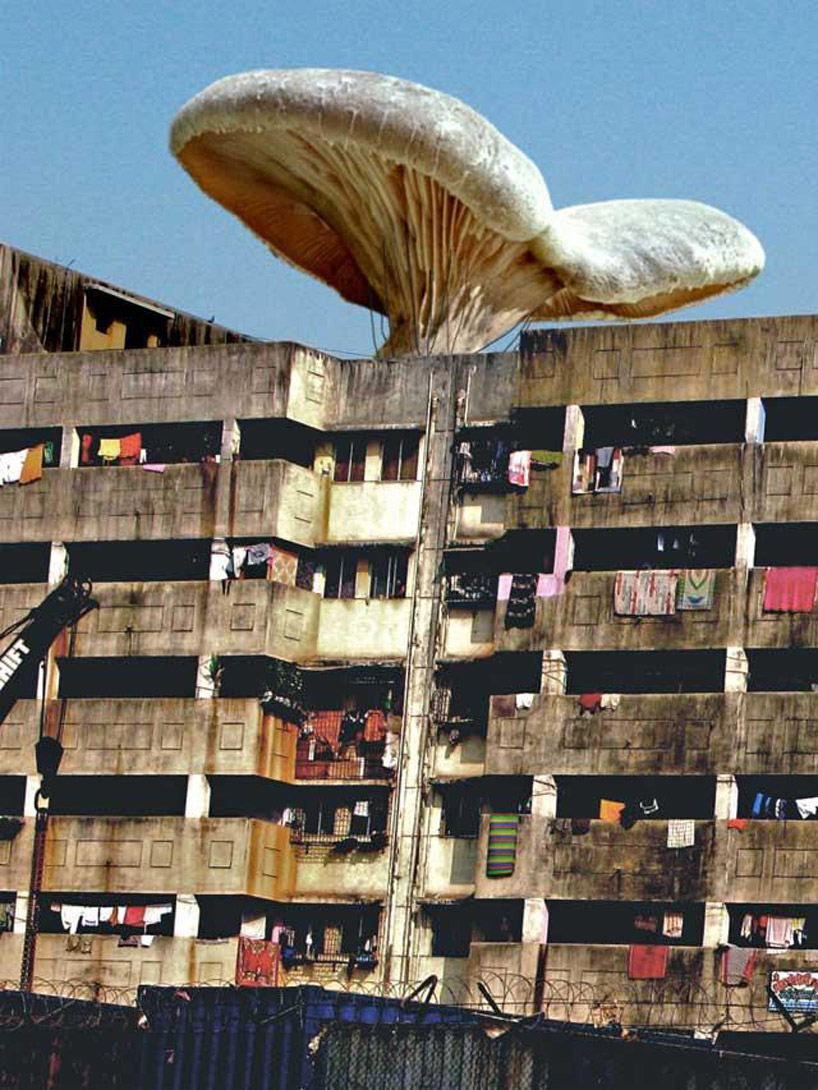 harvesting energy from the mushroom on top of a building