earlier this summer, the first bi-pedal robot soccer festival was held in kyushu, japan. the first bi-pedal soccer tournament was held in fukuoka back in 2003. this competition featured five teams all competing with their specially designed two legged robots. the robots played in a small field with television monitors filming to show spectators. the robots measure about 30 cm tall and wear small uniforms. they are controlled by their owners from the sidelines and can kick and throw the small soccer ball around the field. like real soccer players, some of the robots get injured and they even pick MVPs at the end of the tournament. david beckham need not worry, most of the robot soccer players are rather slow and hard to control. 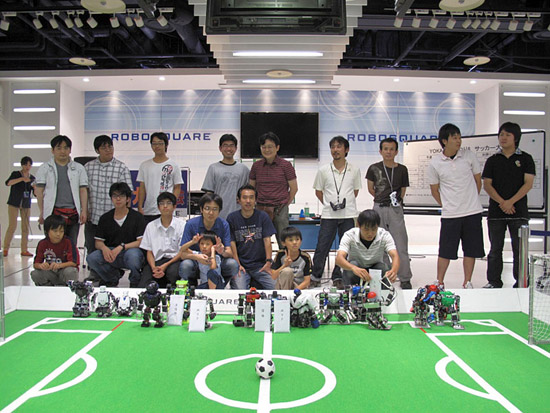 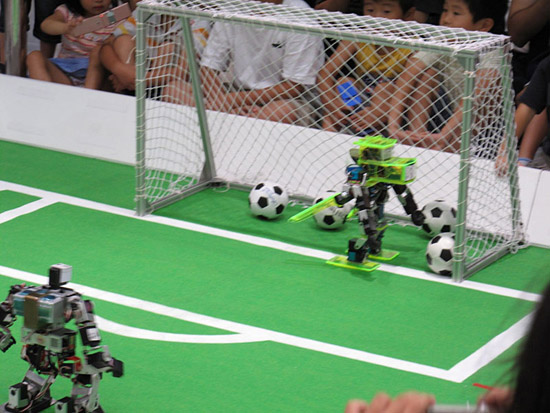 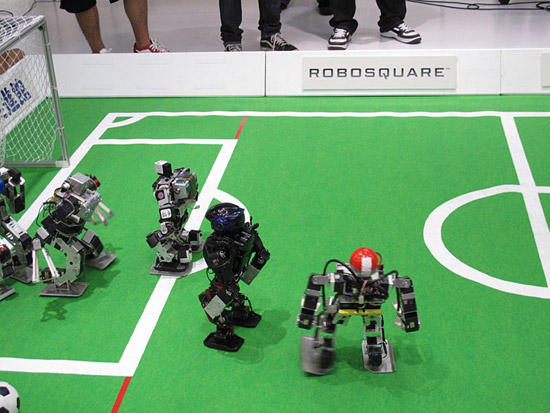 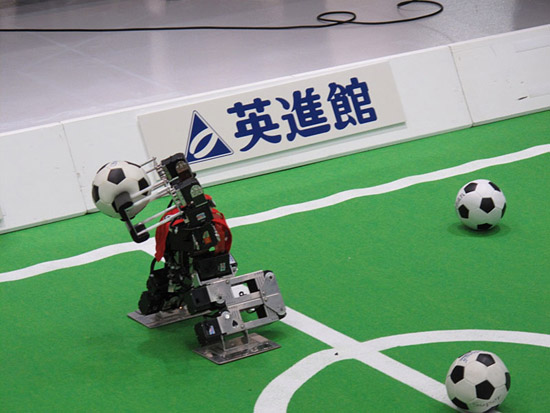 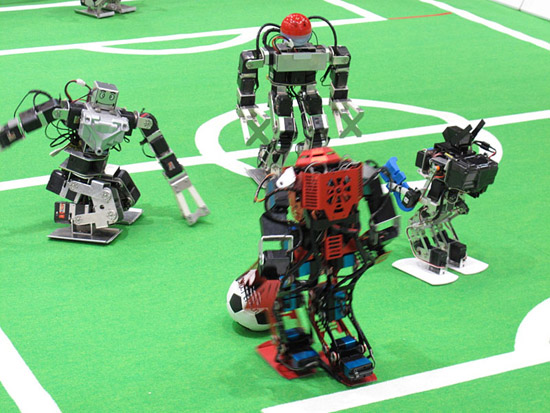