the spiderbot rerolling its ‘web’

alon capua, yoav tov, nati michaelio and dr. amir shapiro of the ben gurion university department of mechanical engineering robotics lab in israel have developed a spiderbot. the robot has a firing mechanism which shoots webs like spiderman. it has the ability to adhere to surfaces and can move around while suspended. once its webs are released, the spiderbot has the ability to reroll its own cable ready to be refired once again. 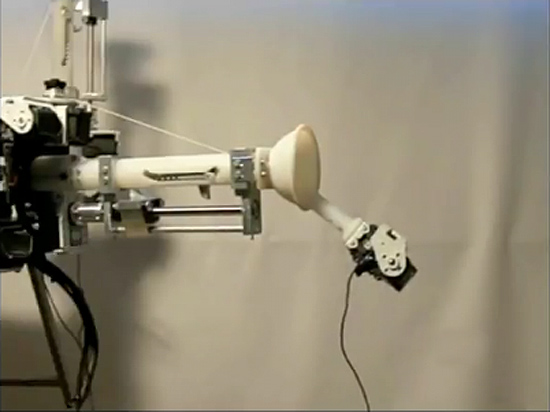 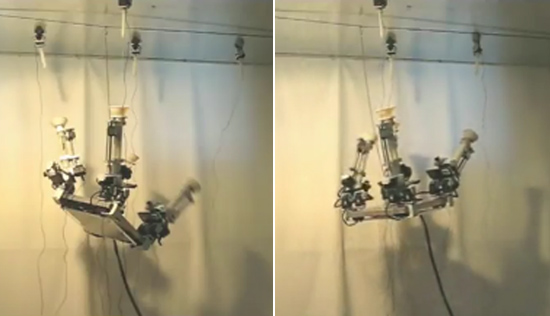 spiderbot suspended from the ceiling