toyota has developed its up its partner robot to run at 7km per hour. while that’s not going to give usain bolt (olympic running champion) any problems, it shows that the humanoid robots’ speed and balance are improving all the time. the design can also regain its balance when shoved and has previously demonstrated its ability to play musical instruments. it is also able to carry out a wide variety of tasks with its hands. 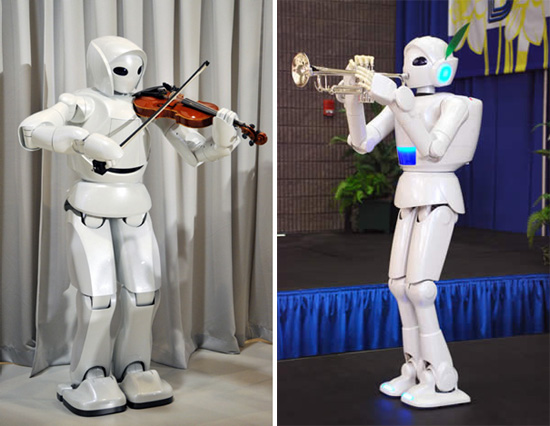 May 05, 2022
concrete brick façades flow into central yard to form nameless architecture's café in korea
the structure is composed of two separate buildings housing a café and a bakery, while an intermediate courtyard completes the U-shaped ensemble.
architecture
183 shares
connections: +960