german firm f-u-r in collaboration with GTECZ created ‘barbeton’, a bar counter made from ultra high performance concrete (UHPC). the bar was a research project which explored the potential of the new material in combination with novel moulding techniques.

for the project, GTECZ  developed two different types of the concrete; a low viscosity concrete called QUANTZ, providing extreme fluidity during manufacture and compressive strength properties comparable to steel and a surface quality like ceramics, as well as a stiff but ductile and easy to handle UHPC that could be used with a laminating technique. the project aimed to reduce the material thickness.

f-u-r created a mould made from two interlocking shells of milled foam covered with epoxy resin. this proved to be an adequate coating for the foam mould allowing for multiple use of the formwork and providing the desired surface quality. the barbeton surface is extremely glossy without any further treatment or additional coating. the easy handling of the material in combination with the layering technique allows to produce double curved lightweight UHPC structures in an effective way.

‘barbeton’ was on display at the recent materialxperience fair in utrecht, netherlands. 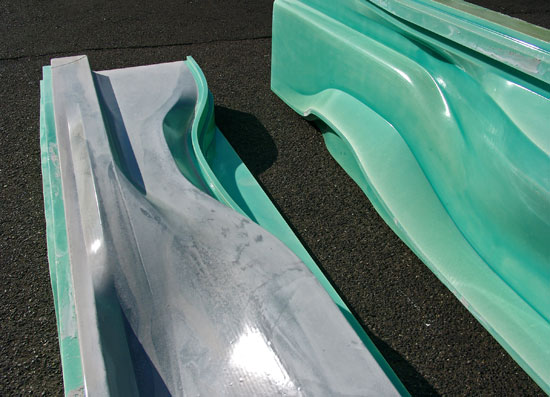 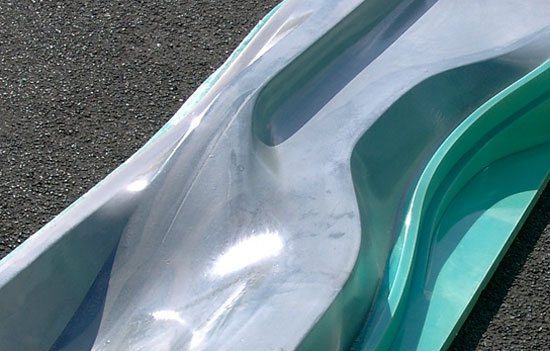 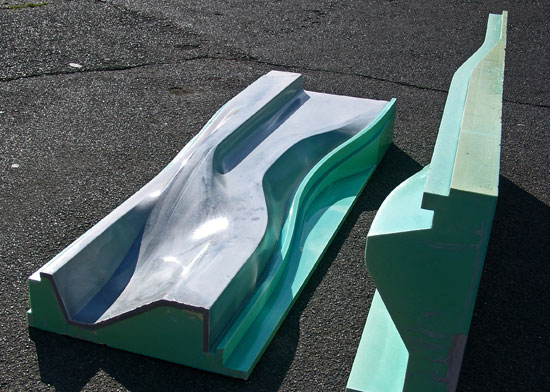 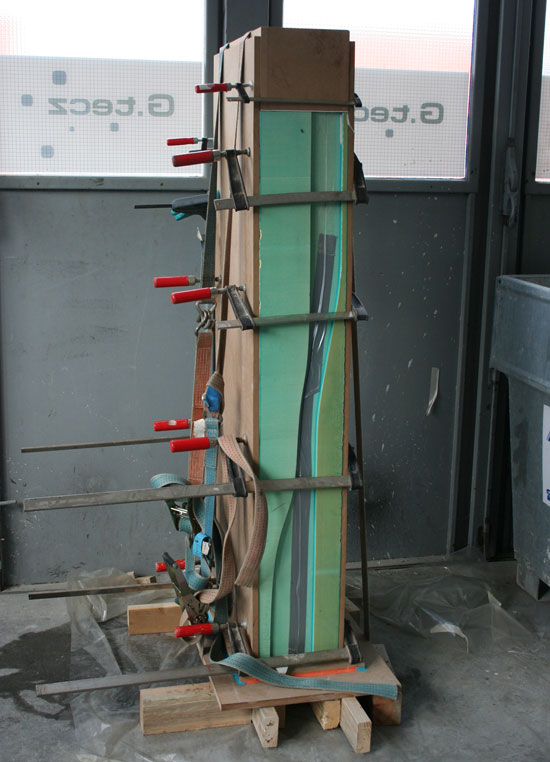 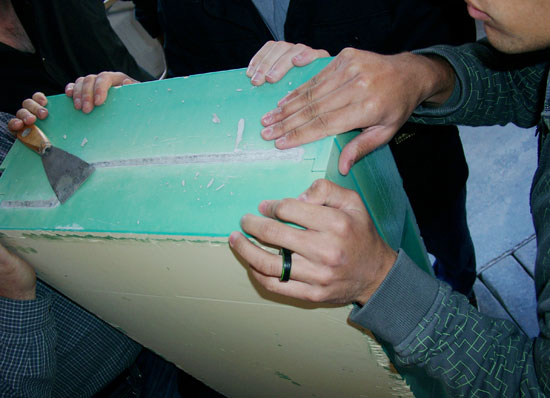 ‘barbeton’ being removed from its mould 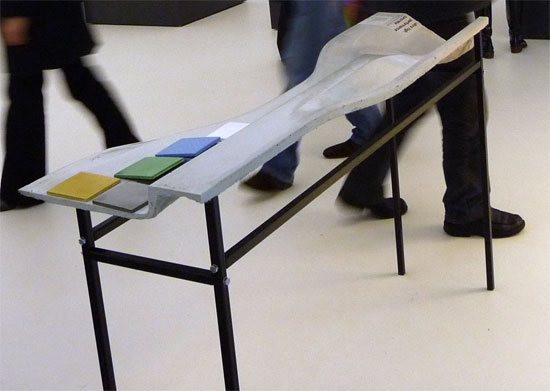