a photo posted by chinese blogger wen yunchao, supposedly taken by ai while he was in an elevator taken away by police officers image courtesy of wen yunchao

last week, about thirty police officers entered the room of chinese contemporary artist ai weiwei at the anyi hotel in sichuan, an action which prevented him from testifying in the trial of activist tan zuoren who was arrested earlier this year and charged with subversion. ai weiwei was to provide evidence to defend tan who has been charged for collecting the names and information of school children who died in the 2008 sichuan earthquake. tan estimated that 5,600 students lost their lives as classrooms fell down around them, while many angry parents are accusing officials with siphoning money during the construction of the schools, leaving them unsafe. it has become a very sensitive topic in china. 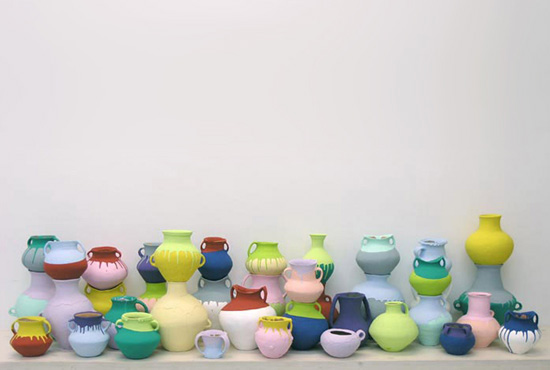 upon his detainment, ai weiwei demanded the men to show their identification, which resulted in one officer hitting the artist in the jaw. for his efforts in assisting tan, ai’s blog ha been shut down and his beijing studio has been put under surveillance. 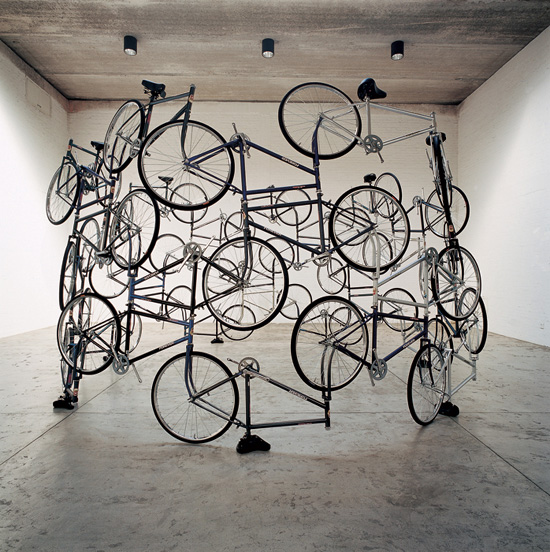 ‘forever’, scuplture made from 42 bicycles in the ‘according to what’ exhibition at the mori art museum, tokyo

Oct 21, 2020
anna heringer's 'anandaloy' is a mud and bamboo community center in bangladesh
'anandaloy', which means 'the place of deep joy' in the local dialect, has received the obel award 2020.
architecture
289 shares
connections: +1210