esquire magazine invited 18 fashion designers and tailors to collaborate with artists of their choice to develop a one-off suit representing their skills and artistic vision for the ‘esquire singular suit exhibition’ at somerset house, london. italian designer, donatella versarce, chose james clar, a light artist who practices art and design in dubai. the inspiration for the piece was cinema’s iconic gentleman spy – film characters such as james bond, the saint and thomas crowne have continually dodging bullets and dangerous situations, all while dressed in classic tailored suits. the result is a piece that pushes film fantasy into visceral reality. an elegant man stands in a burst of giant spikes of light which each measure approximately 1.5 metres long. the more than 3 metre tall sculpture is a re-interpretation of a still frame in a film at the moment just before an explosion.

other collaborations in the show include aquascultum and antony gormley, louis vuitton designer paul helbers and christian schoefer and dolce & gabbana with ron arad. 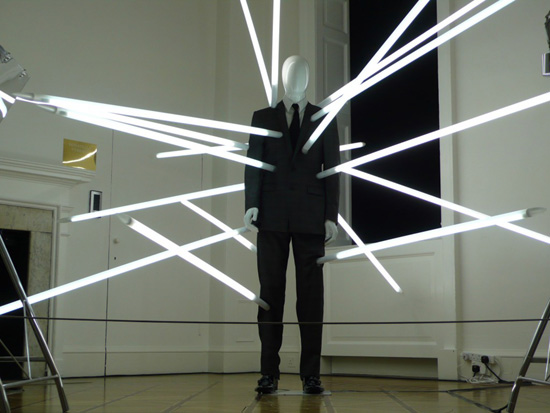 the tubes create an explosion of light image courtesy of traffic 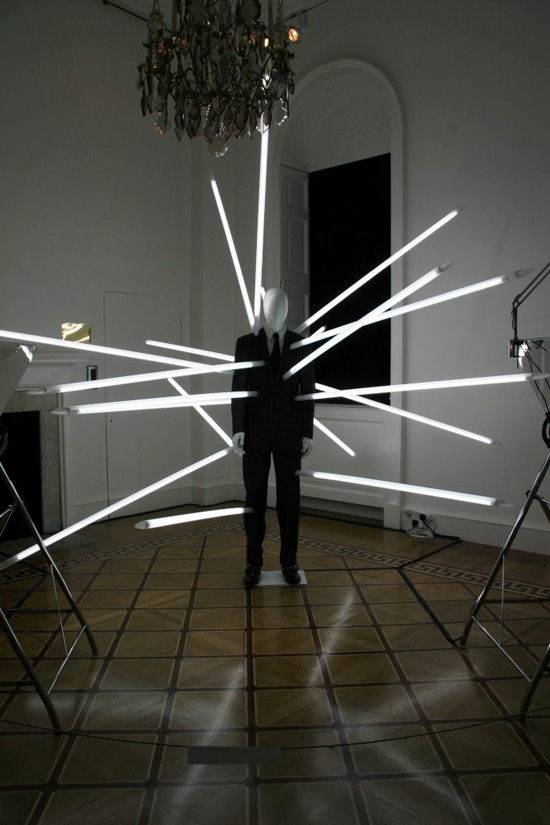 Oct 20, 2020
the flaming lips perform a concert with both the band and fans encased in plastic bubbles
held at their hometown oklahoma city, the flaming lips literally blew up 2020 to protect themselves and the fans from COVID-19.
design
+1.2K shares
connections: +290

Oct 19, 2020
enzo mari has died aged 88
italian artist and designer enzo mari (1932-2020), has passed away yesterday in milan after being hospitalized at the city’s san raffaele hospital.
design
719 shares
connections: +970

Oct 17, 2020
austin maynard architects designs its union house in australia as a space for play
a climbing wall and nets allow the family to travel between levels without ever using the staircase.
architecture
447 shares
connections: +1840