under the theme ‘people meet in architecture’, 54 countries are participating in the 12th international architecture exhibition, from august 29 to november 21, 2010.

traditionally, the architecture biennale opening date has been mid september; an earlier date should allow many more people to attend the event at the giardini and at the arsenale (and in various other venues in venice).

explaining her concept for the event, sejima said : ‘the idea is to help people relate to architecture, help architecture relate to people and help people relate to themselves. there will be independent spaces for each architect or each theme, which means that the participants will be their own curators. In this way contributors will design their own space and make presentations that consider the experience of the visitor both physically and conceptually. It will be a series of spaces rather than a series of objects.’

also, there will be greater involvement of the universities and a new feature: ‘the architecture saturdays’. it consist in a series of conversations, performances and weekly discussions with architects, critics and personalities from the world of italian and international architecture throughout the entire period of the exhibition. every saturday there will be a meeting led, in addition to the director kazuyo sejima, by every director of the former editions of the exhibition: vittorio gregotti (1975, 1976, 1978), paolo portoghesi (1980, 1982, 1992), francesco dal co (1988, 1991), hans hollein (1996), massimiliano fuksas (2000), deyan sudjic (2002), kurt w. forster (2004), richard burdett (2006), and aaron betsky (2008). 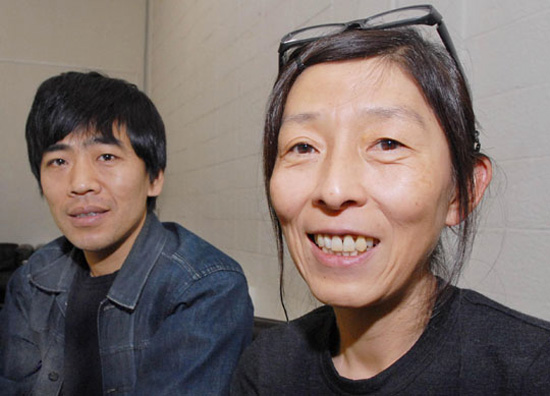 ‘the buildings, the atmosphere they create and the way they are designed may be a central point of departure for the next venice architecture biennale.(…)

now that we are in the twenty-first century, we can take this opportunity to step back and assess the spirit of our current times through this international exhibition of architecture, exploring the essence of contemporary architecture and the importance of new relationships when we enter the future.

a significant point of departure could be the concept of boundaries and the adaptation of space.(…) it could be argued that contemporary architecture is an afterthought and perhaps and easing of borders themselves.’ – KS