guitar legend les paul has passed away at the age of 94 from complications with pneumonia. one of the most revered guitarists, he is credited as the father and inventor of the electric body guitar. he was one of the most influential figures in 20th century sound technology and responsible for designing the world’s most famous guitar – the les paul model.

in 1948, gibson guitars elected paul to design its first solid-body guitar. later in the early 1950s, gibson established a partnership with paul which would ultimately lead him towards designing the guitar he had only envisioned in his head. working to together they developed a relationship that has changed popular culture to this day. it’s the gibson les paul model which is responsible for this. first released in 1952 as the les paul gold top, it has become the most respected electric guitar in history. musicians which have been associated with the gibson les paul include eddie van halen, jimi hendrix, eric clapton and jimmy page.

even at the age of 94, paul was still doing weekly performances at the iridium jazz club in new york, and continue to indulge in his inventor’s curiosity in his basement workshop. read more 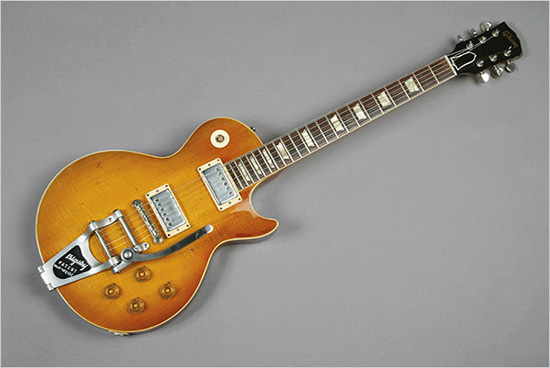 the gibson les paul model used by such musicians as led zeppelin and slash from guns and roses. this version was once owned by keith richards of the rolling stones. image courtesy reuters, via christie’s ltd. 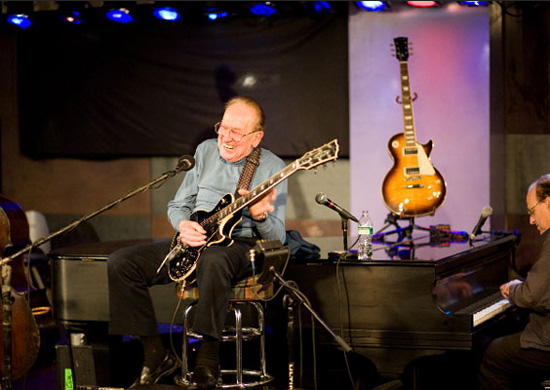 paul playing at carnegie hall in 2005 image courtesy of gibson 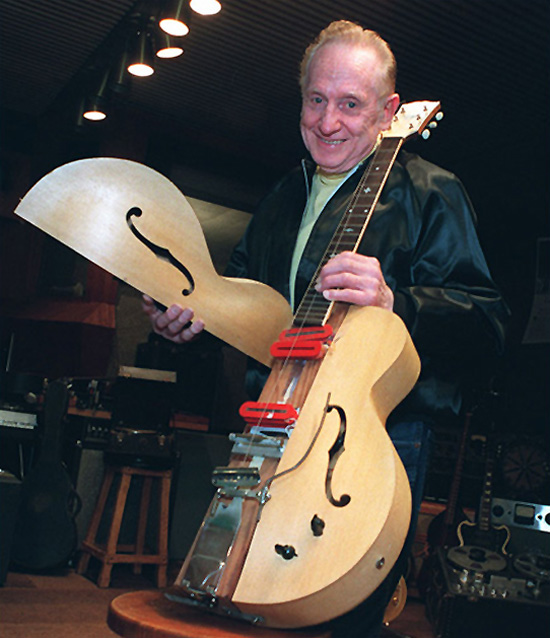 in his mahwah, new jersey studio, 1996 holding his first electric non-vibrating guitar he named ‘the log’ image © julio a. ibarra / courtesy of the new york times

Oct 19, 2020
enzo mari has died aged 88
italian artist and designer enzo mari (1932-2020), has passed away yesterday in milan after being hospitalized at the city’s san raffaele hospital.
design
710 shares
connections: +970