the ‘b of the bang’, was constructed by thomas heatherwick of heatherwick studio as part of the regeneration strategy for manchester’s eastern quarter for the 2002 commonwealth games. located next to the eastland’s stadium, the 56-metre weathering steel structure made from 180 identical tapering tubes, arranged in twenty-four elliptical groupings of between one and nine spikes, was meant to act as a new beginning, representing a burst of energy, like an athlete emerging out of the blocks. however, after a short life, city councillors have decided it needed to be taken down, so now all that remains of the original 56m structure is its steel core. they have seen the sculpture as an expensive endeavour and a bit of a safety hazard. instead, the remaining pieces of britain’s tallest public artwork will be kept in storage until city officials decided what to do with it. 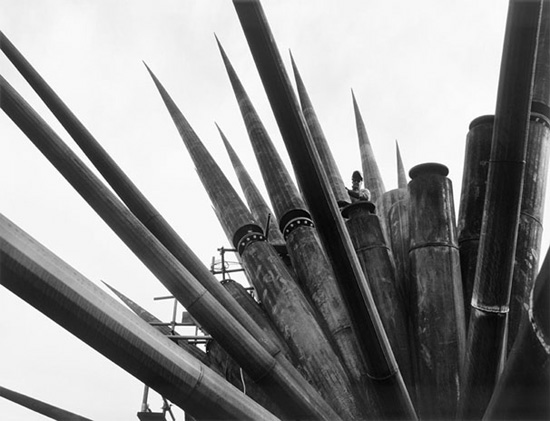 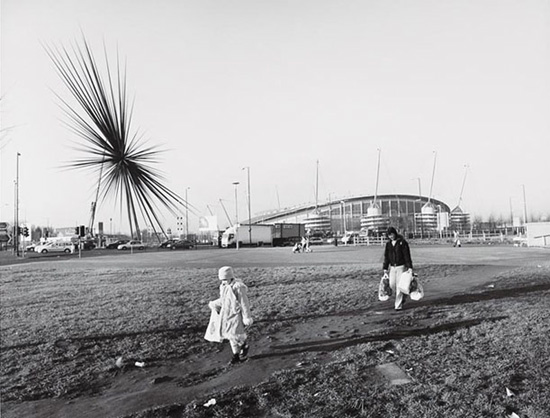 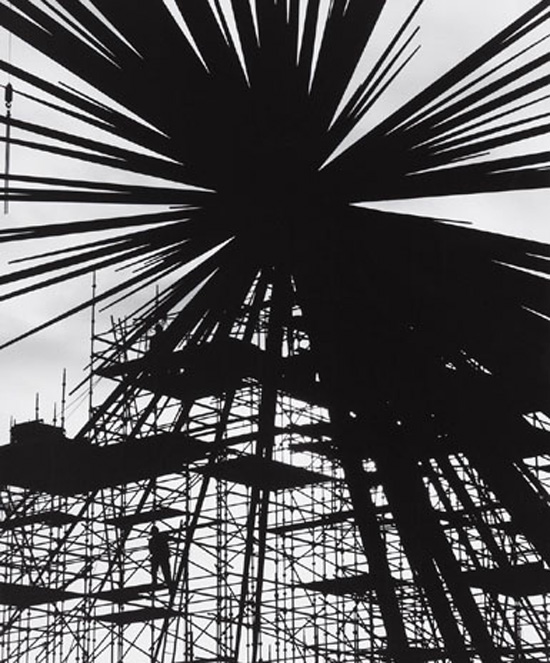 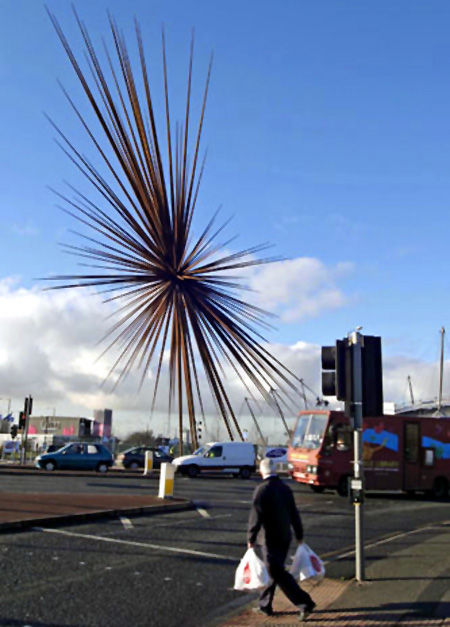 the spikes bursting into the landscape image courtesy of heatherwick studio