it cracked by itself. the fountain in pescara’s piazza della rinascita, designed by japanese architect toyo ito and inaugurated on 14 december last year, is no longer working. dubbed the ‘huge wine glass’, the fountain comprises 20 cubic metres of transparent acrylic material, five metres high on a two metre-square base. it suffered a structural failure. passers-by heard creaking noises and the water in the enormous bowl appeared to freeze. the structure, which cost more than one million euros, has been cordoned off by police. 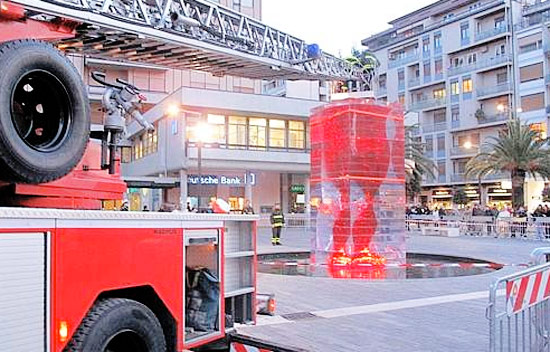 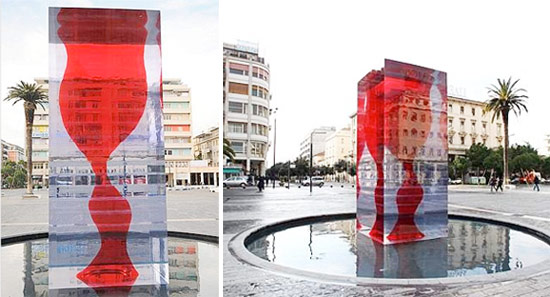 the fountain on the day of inauguration

Dec 07, 2022
TOP 10 renewable energy solutions of 2022
this year, designboom introduces a new round-up of BIG stories: the most impactful solutions coming out of the renewable energy industry.
technology
0 shares
connections: +530