pop artist yoshitomo nara was arrested in february in new york, when police spotted him drunkenly drawing a smiley face on the wall of the first avenue L-train stop with a marker in the wee hours of the morning. he was given an adjournment in contemplation after being charged with making graffiti and criminal mischief and spending the night in jail. that meant if he kept his nose clean for six months, the charges would be dropped – which they were august 26th. the incident happened on the eve of the opening for an exhibit of his work at the marianne boesky gallery in chelsea. the 49-year-old, who lives in tochigi, japan, called the arrest ‘a nice experience in my life’, in which he got to meet people he would not otherwise have encountered. ‘this case in now officially over,’ said his lawyer, ‘he can get back to wowing the art world with his great art.’

the always cash-strapped transit authority missed an opportunity to make some money off the incident – their efficient employees wiped the graffiti off the wall. it’s been estimated the brick it was on could have been sold for an estimated 10,000 USD. via japan times 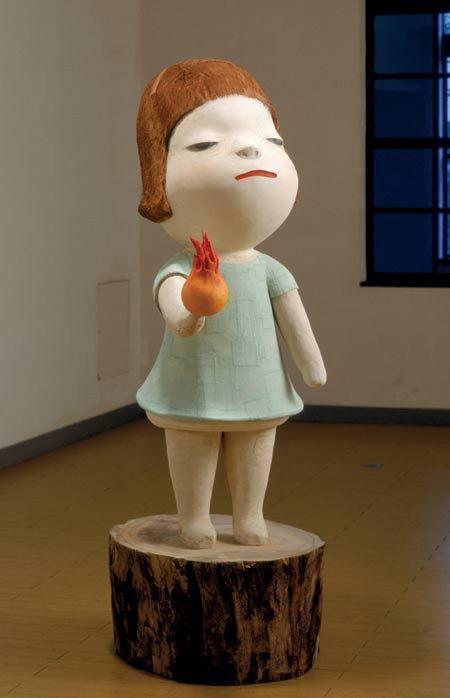 yoshitomo nara’s work has captured the attention of the international art world and his cartoon-like girl images with characteristic big heads, chubby-faces and slanted eyes have become icons of the artist’s style. his paintings and sculptures have been auctioned at sotheby’s and his sculpture, light my fire (2001), sold for over 1.1 million USD. 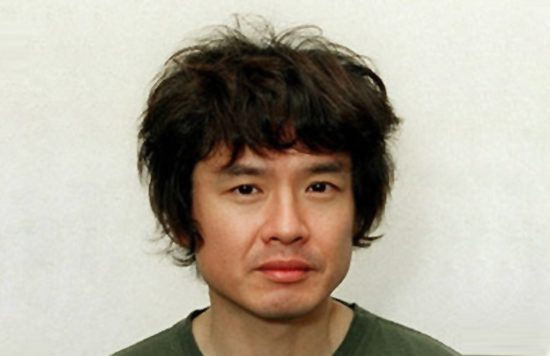 born on december 5th, 1959 in hirosaki, japan. nara received his B.F.A. (1985) and an M.F.A. (1987) from the aichi prefectural university of fine arts and music. in 1988, he traveled to düsseldorf, germany and studied at kunstakademie düsseldorf. his atelier in the suburbs of köln became his base until he returned to japan in 2000. In 2001, his exhibition I don’t mind if you forget me at yokohama museum of art (yokohama, japan) traveled across japan, and in 2004, from the depth of my drawer at hara museum of contemporary art (tokyo, japan) traveled nationally as well as to korea. in 2003, his exhibition nothing ever happens at museum of contemporary art, cleveland, ohio became a gateway to the U.S. and traveled across the nation. 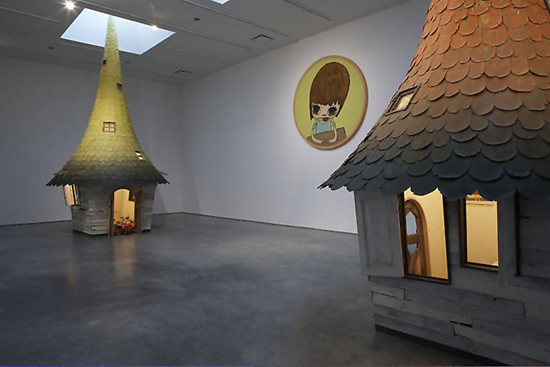 image via of gothamist

prior to getting arrested for drawing some smiley face graffiti on the L platform, he was at niagara bar in the east village. he adorned the place with original artwork on the walls there too, but the owners didn’t try to arrest him, instead they put it under plexiglass to preserve it.