henrique oliveira is a brazilian artist best known for using tapumes, or 'fencing' in portugese, as a title for many of his large-scale installations. the term makes reference to the temporary wooden construction fences seen throughout the city of são paulo where oliveira lives. it also refers to the weathered wood oliveira uses as the primary material in his installations. early on, oliveira experimented with the surfaces of his paintings by gluing newspaper onto a canvas and scraping it, or mixing sand with the paint. 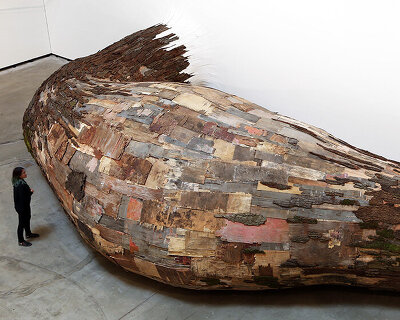 May 18, 2021
rooted in nature, henrique oliveira reflects on intervening in the fabric of reality
art
0 shares 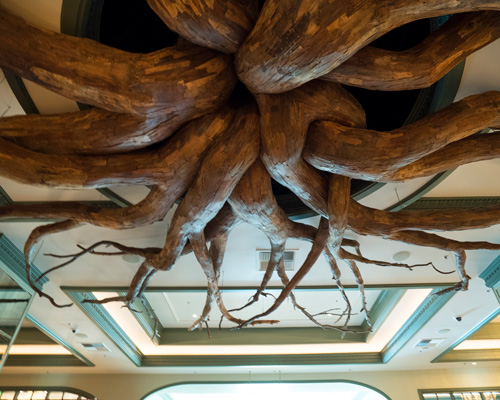 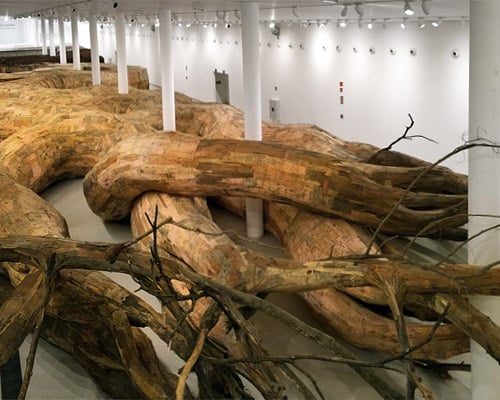 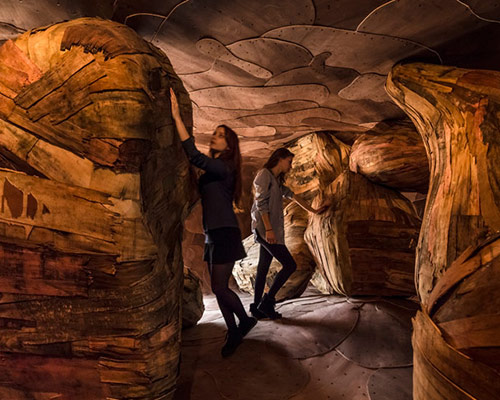 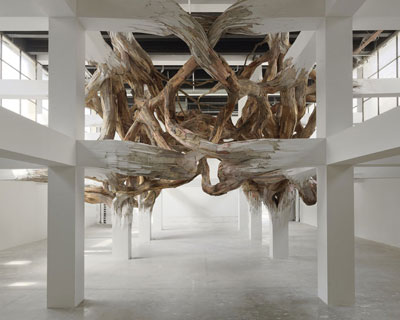 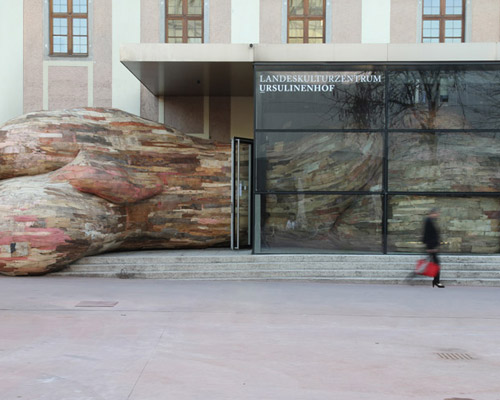 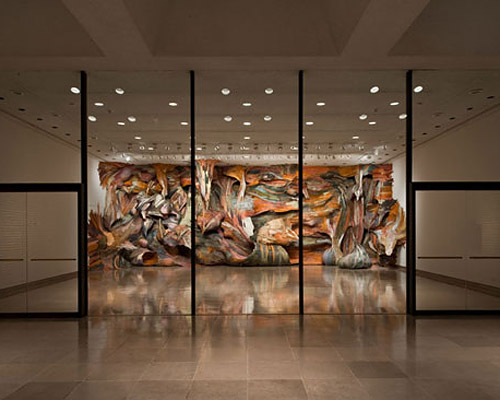 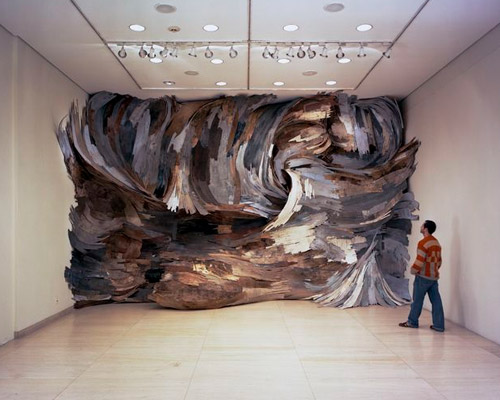