two decades after the introduction of the McLaren F1 GTR, the covers have been pulled off the McLaren P1 GTR design concept during the pebble beach concours d’elegance event in california. based on the P1 road car, the track-focused GTR variant further optimizes the aerodynamically efficient ‘shrink-wrapped’ body shape in order to offer maximum performance, superior handling characteristics and optimum driver engagement on track. a host of changes have been made, and the car has been thoroughly re-engineered from the ground up. for starters, it is now powered by a motorsport-based 1000 horsepower 3.8-litre twin-turbo V8 engine and lightweight electric motor and is built on-site by by McLaren special operations at the woking headquarters in the UK. 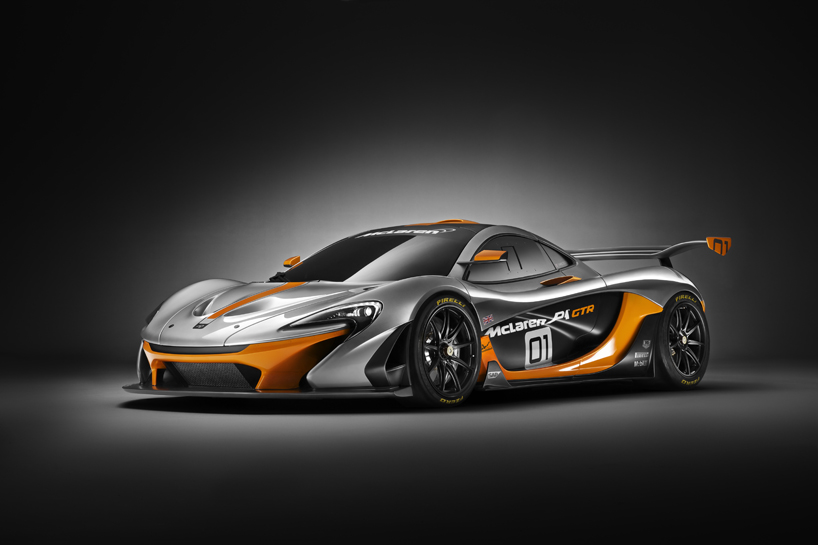 the front track of the mclaren P1 GTR design concept has been increased by 80mm and is coupled with a more aggressive GT-style front splitter. re-profiled low temperature radiator ducts seamlessly flow into the leading edge of the aggressively flared front wheel-arches, while the active aerodynamic flaps are retained from the McLaren P1 in the floor ahead of the front wheels. the bodywork is ‘shrink-wrapped’ around the carbon fiber mono-cage chassis behind the front wheels, and is designed to channel the air from around the wheel well. an additional aerodynamic blade is located behind the wheel-arch to clean the air from the front tires. this aero device flows seamlessly along the bottom edge of the dihedral doors, along the flank of the carbon fiber bodywork, to an additional side panel at the rear which ducts additional air into the high temperature radiator and improves the aerodynamic performance of the rear floor. 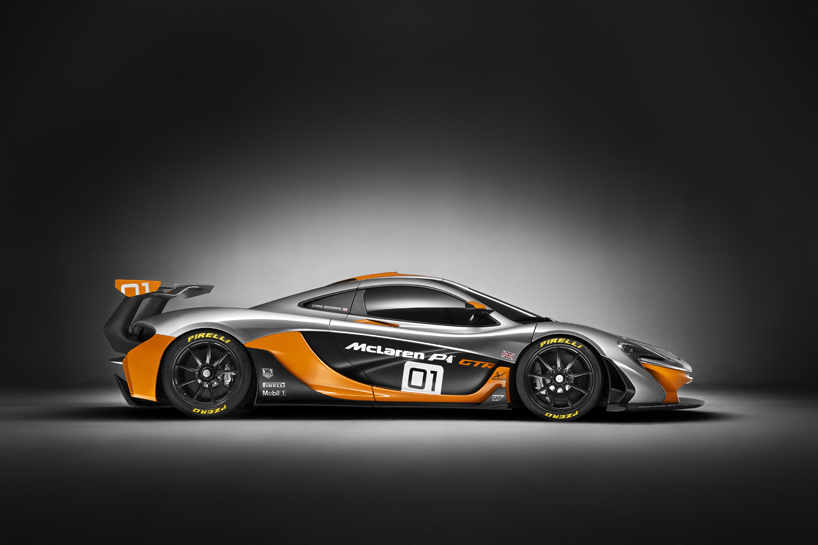 the profile of the McLaren P1 GTR design concept remains dramatic, lowered down on to the race-prepared suspension with a fixed ride height, lower than the standard car. the snorkel air intake, influenced by the design of the original McLaren F1 from the early 90’s, is still present within the roof structure of the carbon fiber mono-cage chassis. the wing mirrors have been repositioned to the a pillars, putting them closer to the eye line of the driver and reduce aerodynamic drag. 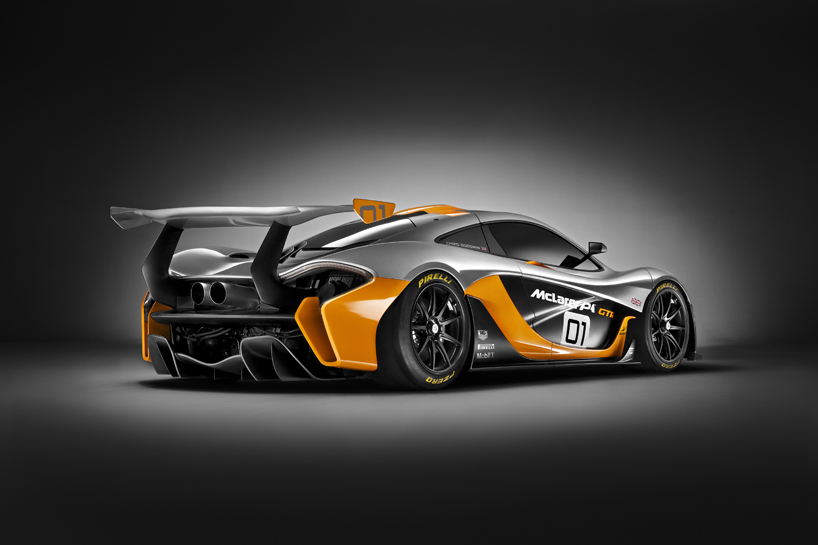 at the rear, a large, twin-element wing is mounted on carbon fiber pylons which extend around the rear of the bodywork. this fixed height wing is fitted with a hydraulically operated drag reduction system (DRS) to boost acceleration performance, and has been honed to provide increased levels of downforce compared to the road car, working with the active aerodynamic flaps located ahead of the front wheels. the bodywork of the car has been re-designed to improve aerodynamic efficiency below the large rear wing, and incorporates a quick-release system without affecting the rear wing.

the road legal McLaren P1 stows the rear wing within the bodywork, but with the fixed height wing, and therefore no pistons or moving mechanical parts, the bodywork of the P1 GTR design concept behind the engine bay is now a smooth, flowing surface, feeding clean air below the wing and over the back of the car. 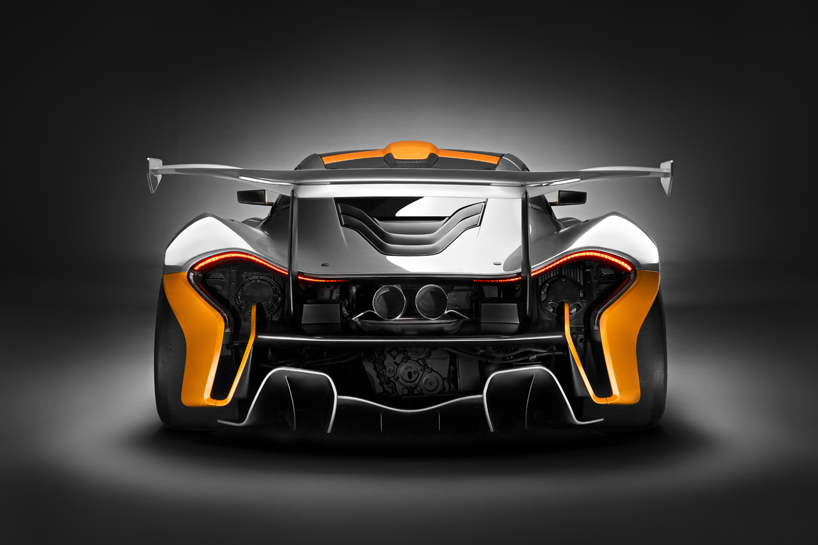 below the rear wing sits the exposed, centrally mounted exhaust, which is an all new design, developed exclusively for the limited edition hyper car. made from inconel and titanium alloy, the system maximizes the aural characteristic of the higher output twin turbo power unit to maintain, and further amplify, the sound. the design of the exhaust has also changed, with a straight cut twin pipe setup now used in place of the single exit exhaust.

the McLaren F1 GTR alongside the P1 GTR

to read an interview with robert melville, head of design at McLaren on the development of the P1 roadcar and 650s, see here. 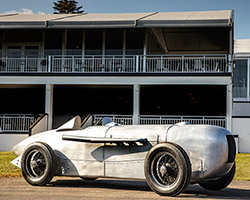