‘star wars micro’ is a 12-inch tall, functional arcade cabinet, featuring a playable version of the 1983 title ‘star wars arcade’. the device, which is a faithful 1/6-scale replica of the original, was created by ‘le chuck’, a member of the arcade controls forum.

le chuck utilized components from a caanoo handheld video game console along with MAME4ALL (modified MAME) for software, wired by hand and housed within a bass wood case. the coin door of the device is composed of aluminum and features light-up plastic components like on a real arcade cabinet. the atari-like steering yoke is also hand-crafted from aluminum.

le chuck states that over 80 working hours went into building the device. much of his working process is documented on the ‘star wars micro’ page on the arcade controls forum. 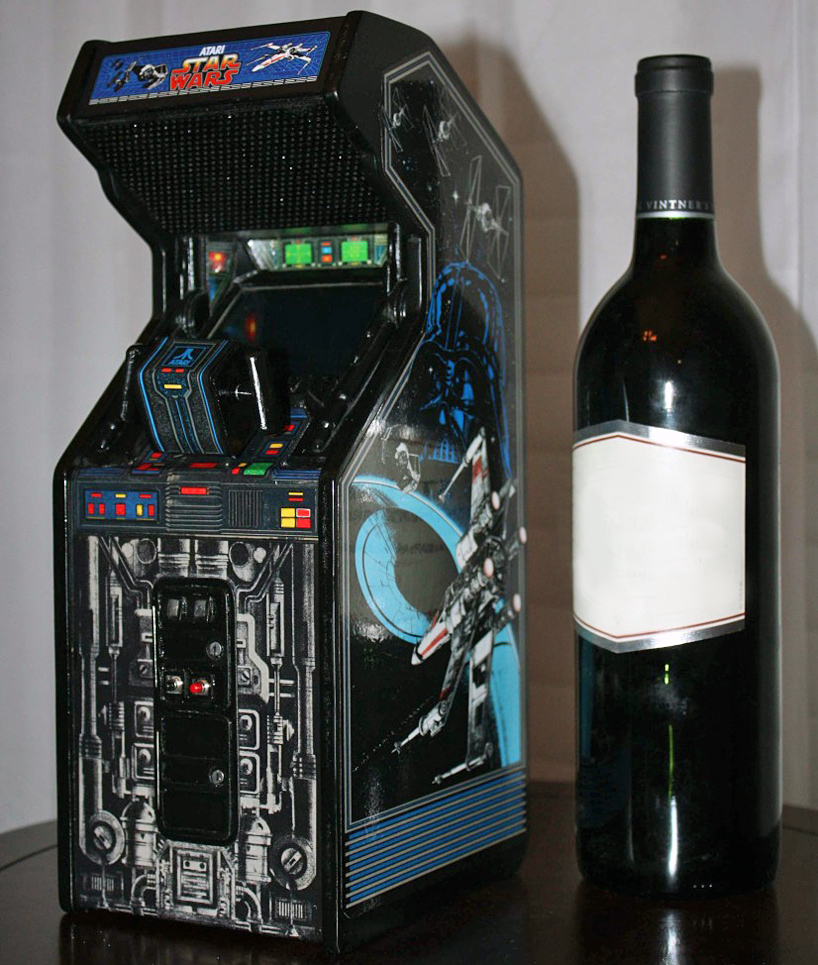 the arcade with scale reference 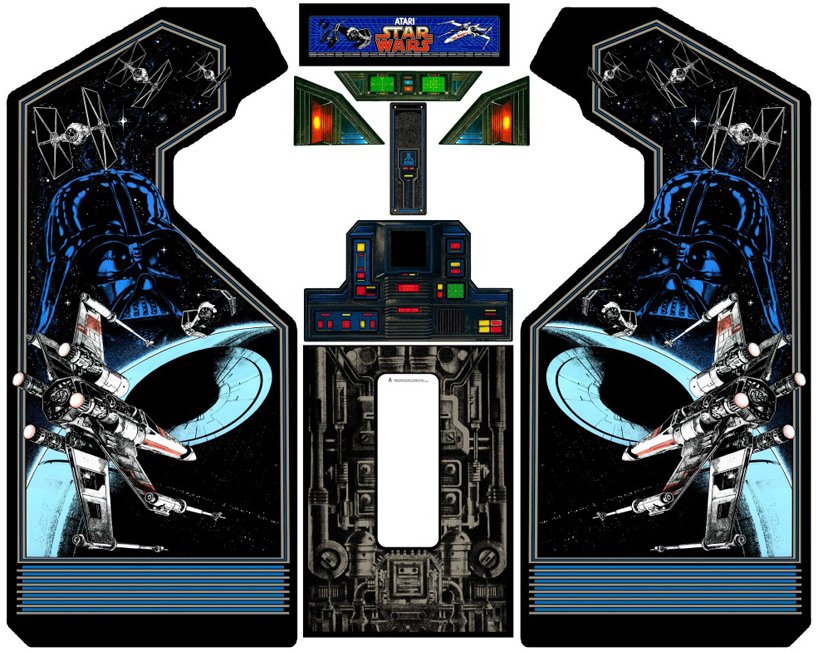 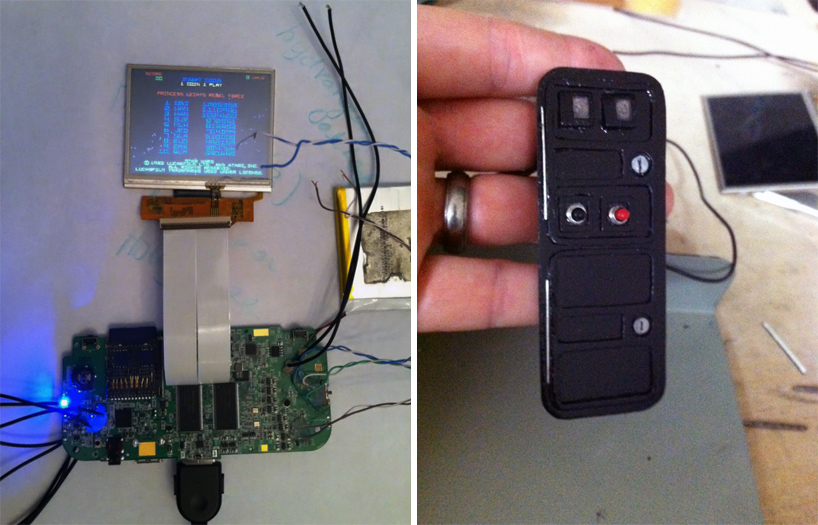