technology 11k views
1:1 scale 1959 aston martin DBR1 le mans replica by evanta motor company
images © richard pardon
arriving on a parts tree that measures 6.35m x 3.30m, a hand made 1:1 scale model of the 1959 aston martin DBR1 le mans winning car
is produced by evanta motor company based in hertfordshire, england.
built using a replica of an injection molded sprue for model parts,
each component is individually labeled and placed within the container, as if you could twist it off for assembly. used within the collection
is an entire DBR1 body finished in an original aston martin californian sage green lemans color-way, a full set of four 16″ wire wheels
outfitted in dunlop racing tires and a 15 inch ‘mota lita’ wood trimmed wheel. also included in the kit is a pair of replica aston martin racing
seats using the correct leather and weave, a machined aluminum gear knob and lever, and a full dashboard finished in textured satin
black and assembled using smiths gauges and period switches.
the model series pays tribute to its drivers carroll shelby and roy salvadori, and its chief engineer ted cutting. this one of a kind collectors
piece comes with an authentic signed aston martin cap by both drivers salvardori and shelby. 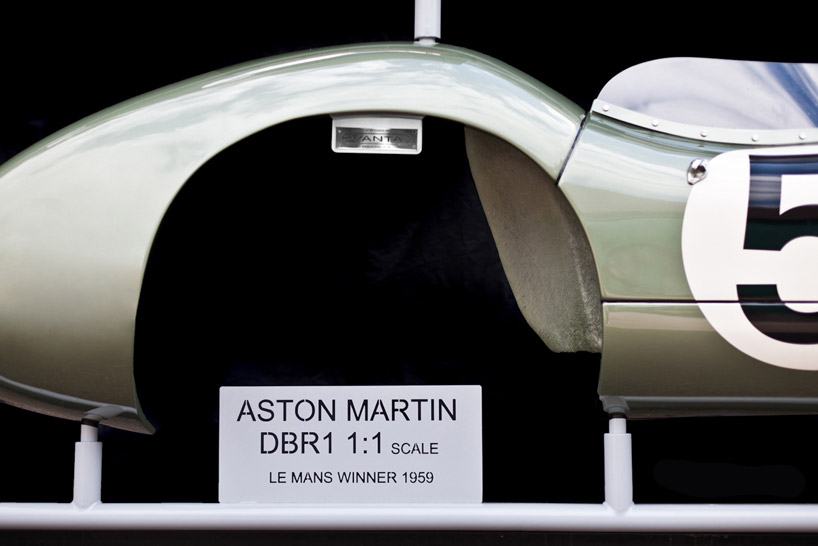 detail of the model frame and body 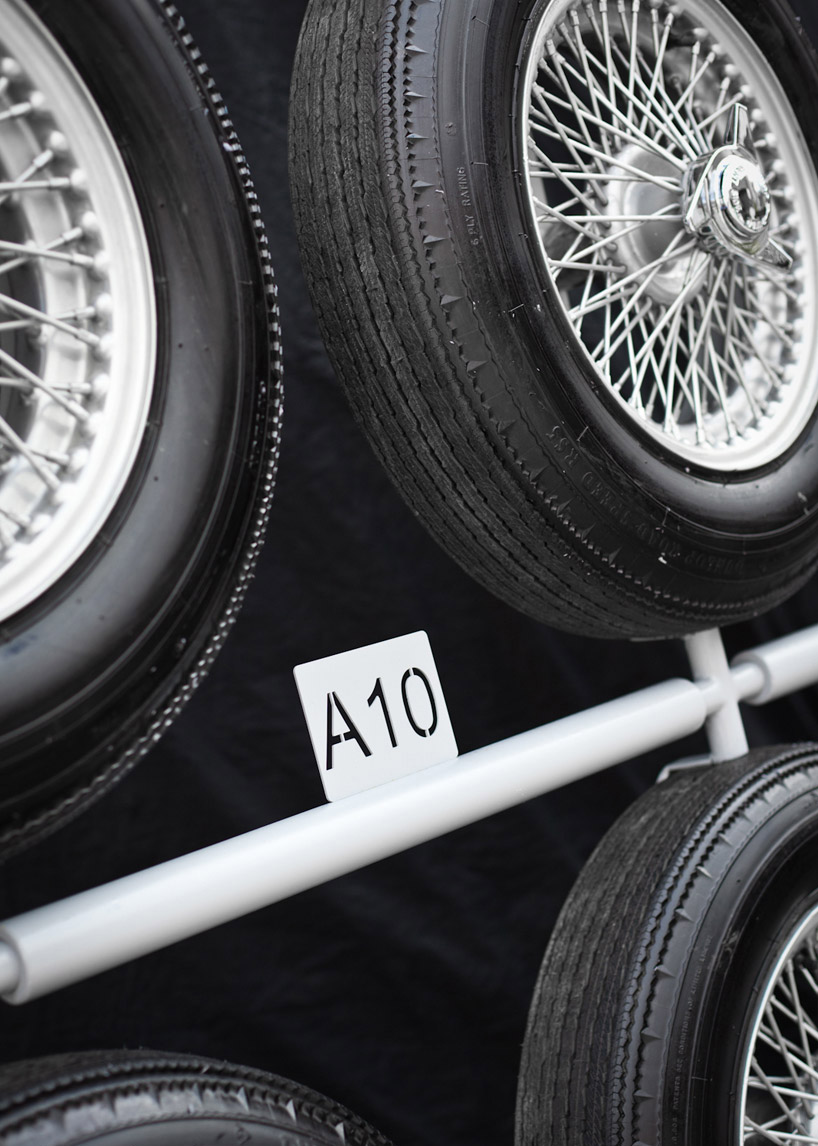 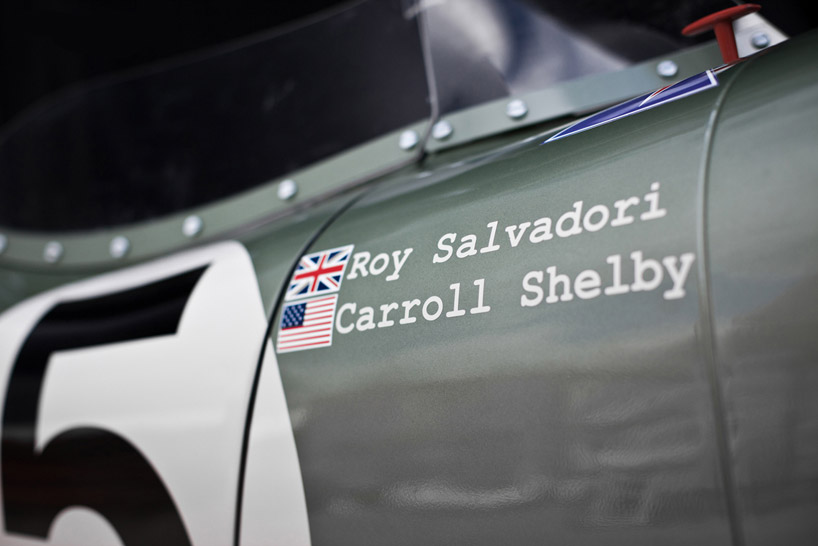 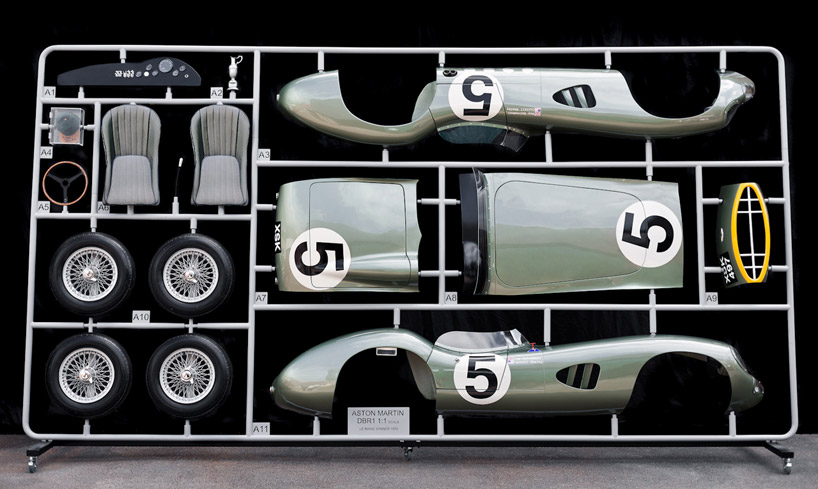 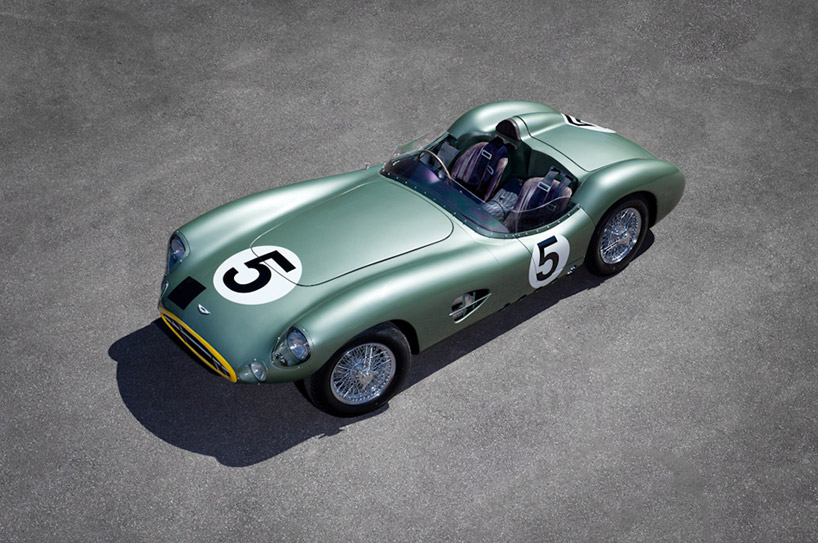 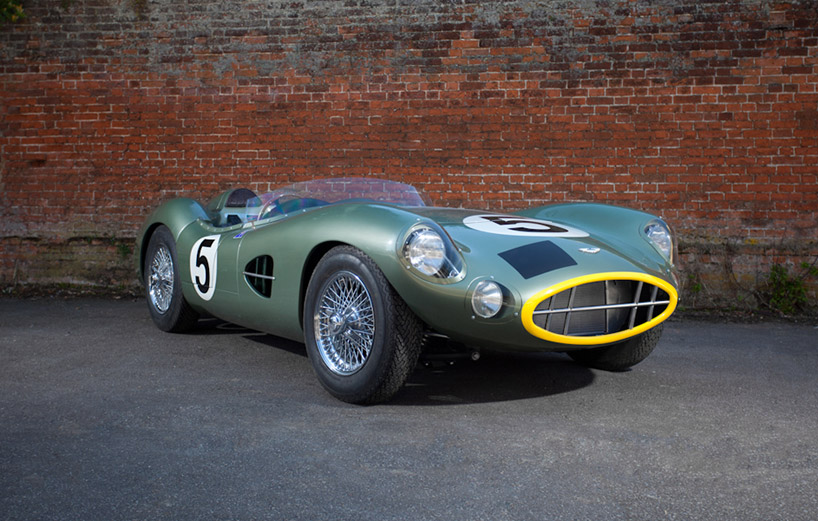 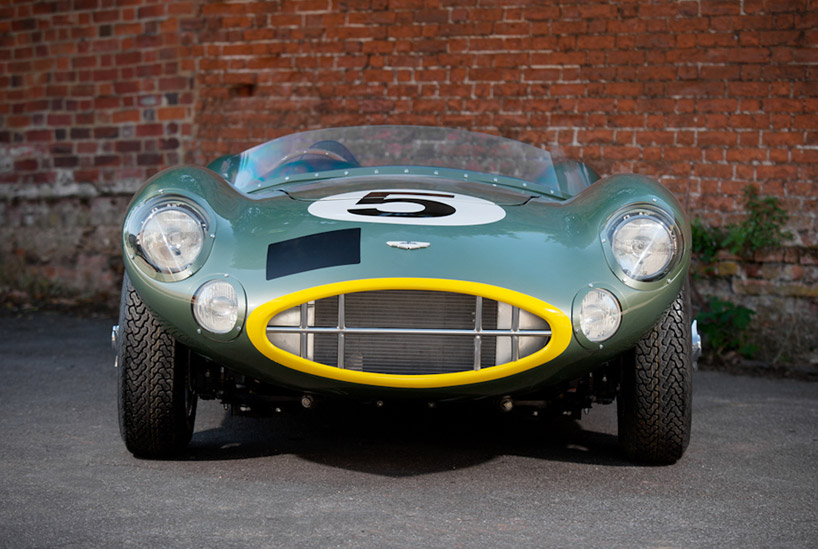 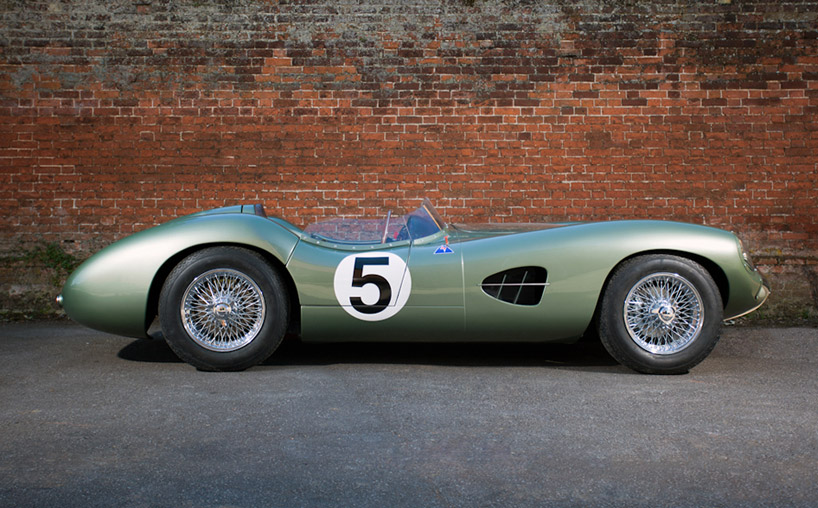 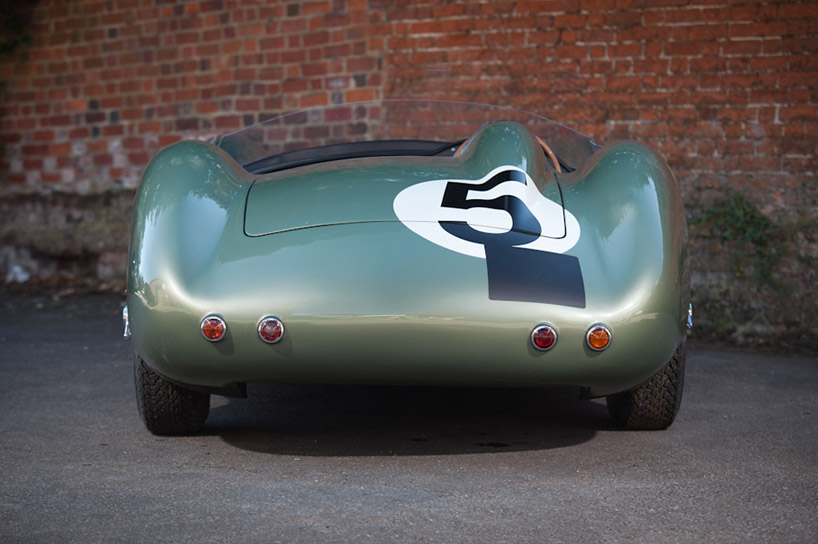 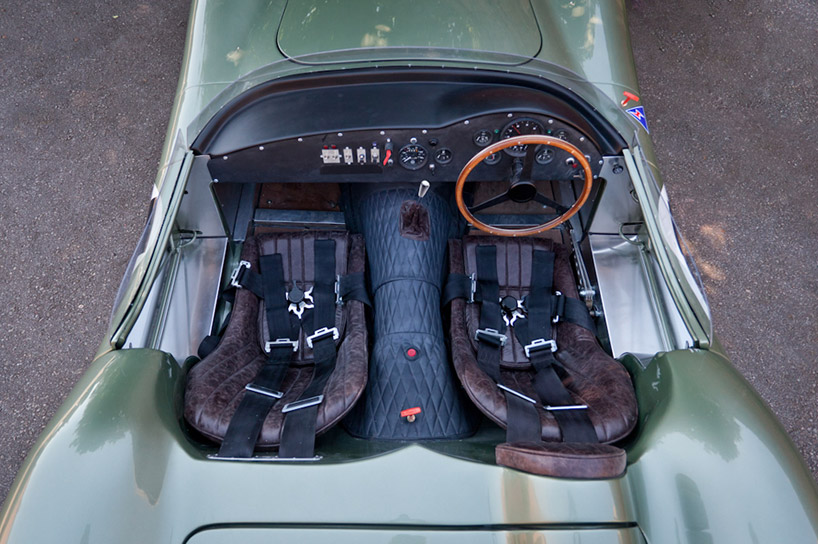 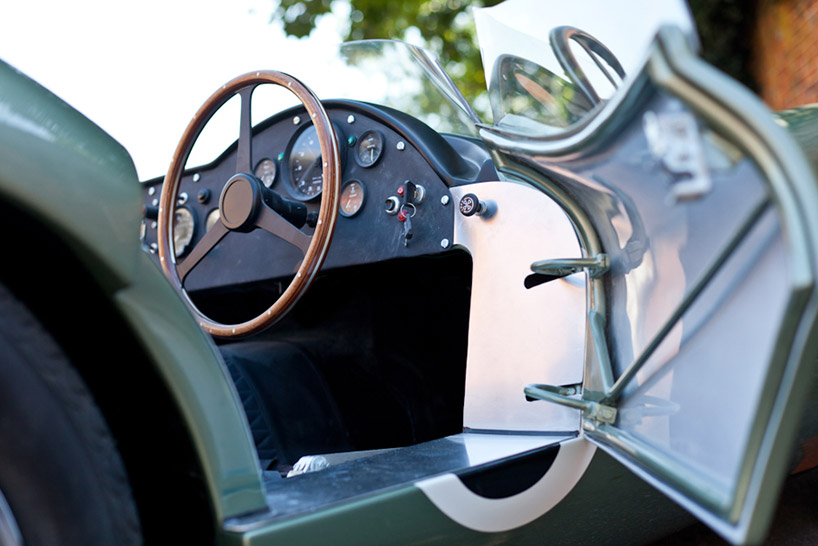 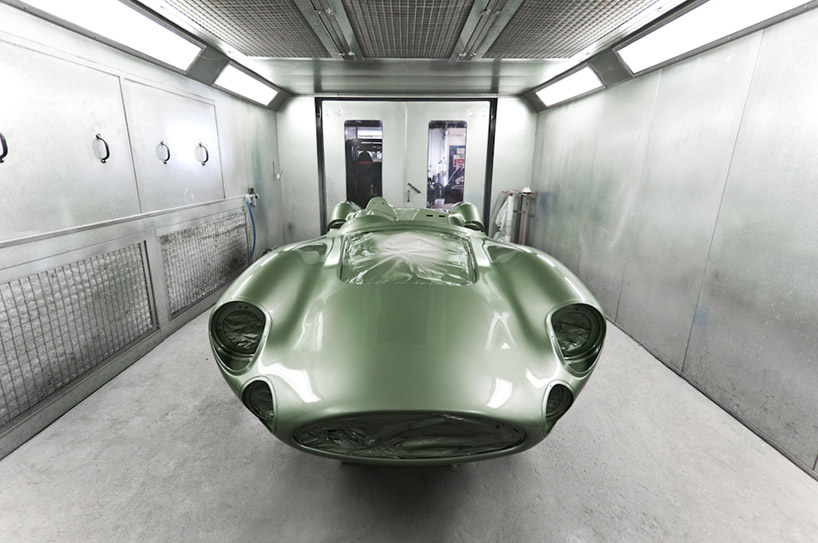 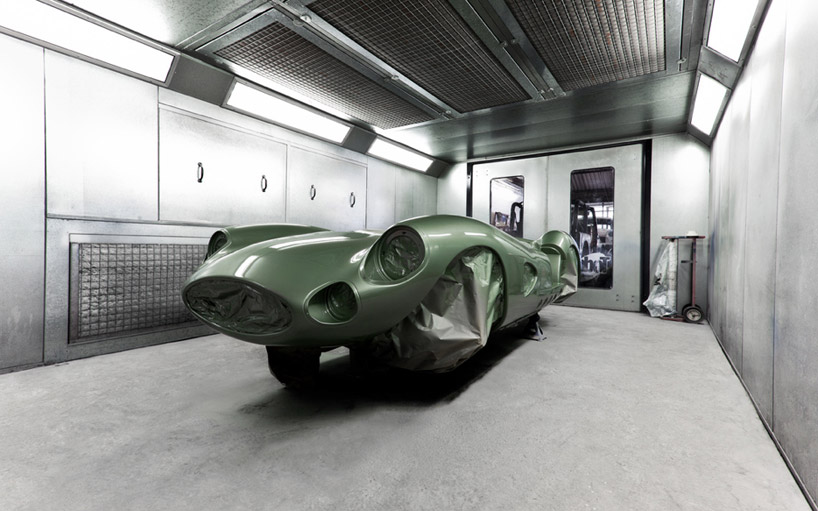