a 1965 shelby cobra is transformed with a body of meticulously hand-formed copper sheet metal. while at first it may seem to be merely copper plating — it’s not. the stunning craftsmanship sees a 100% copper body comprising 17 individual panels shaped with traditional tools and assembled together so carefully that the streamlined surfaces do not even betray any seams. the car’s mirror-like, highly polished skin is interrupted with a pair of brushed ‘le mans’ stripes, introducing a subtle and eye-catching accent. the rare copper body of the 427 S/C cobra CSX 4602 is fabricated by kirkham motorsports and is now up for auction at sotheby’s. 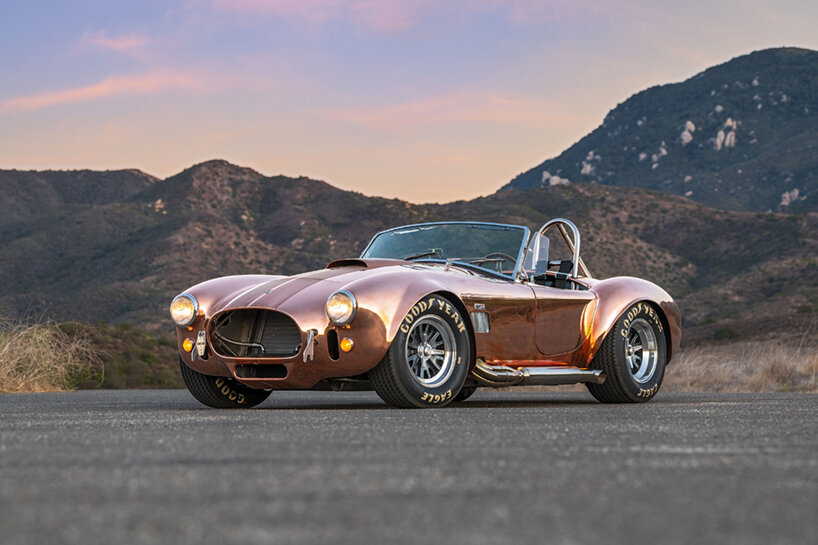 sotheby’s is currently auctioning the copper 1965 shelby cobra, its body hand sculpted by kirkham motorsports. the custom build fabricators specialize in such projects, with a foundation in aluminum bodied replicas. each of the team’s bodies is crafted as a work of art, by hand, and with traditional tools. those with experience in metal sculpting know that while shaping a piece of sheet-metal is a difficult task, achieving a perfect symmetry between the left and right panels is an enormous undertaking. the car meets the street ‘naked,’ meaning that it expresses its materiality and sculptural bodywork without a drop of paint. alongside a twin realized in bronze, sotheby’s predicts that the copper shelby on auction will sell for 475,000 USD. 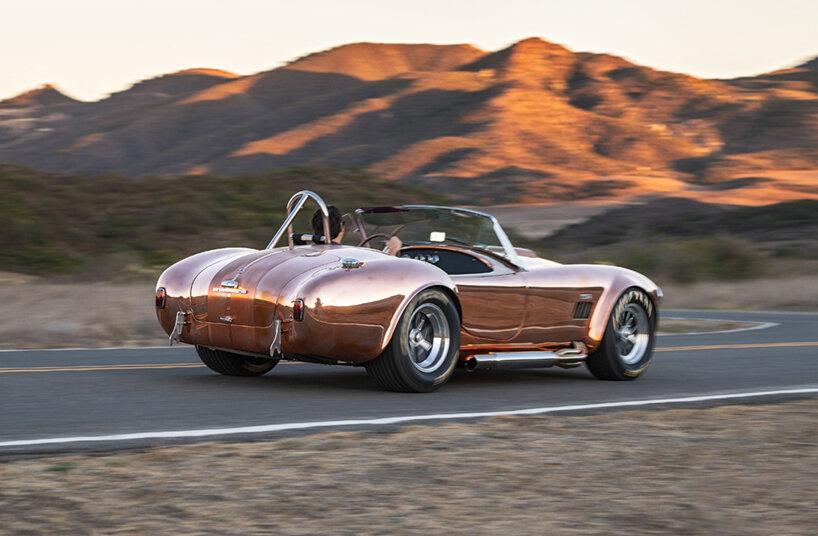 under the hood of copper shelby cobra is a hand-built 468-cubic inch ‘427 FE’ V-8 engine from the carroll shelby engine company. the featuring a stroker crankshaft, custom mahle alloy power pack pistons, a custom-ground hydraulic roller cam, shelby aluminum heads, and a shelby aluminum intake topped by a holley hardcore 850HP double pumper carburetor. factory-rated at 550 horsepower and 580 pound-feet torque, the engine routes power to the rear wheels by way of a five-speed manual transmission and is capable of pushing the 2,400-pound chassis to top speed at an astonishing pace. 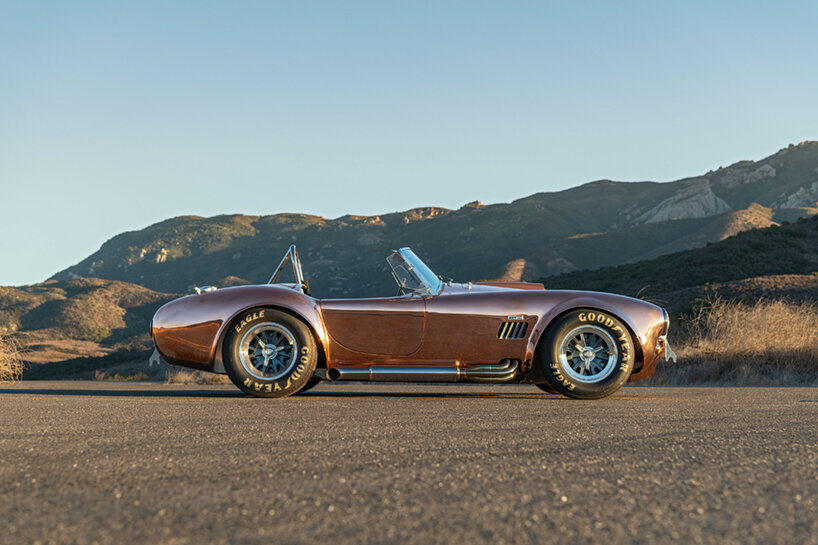 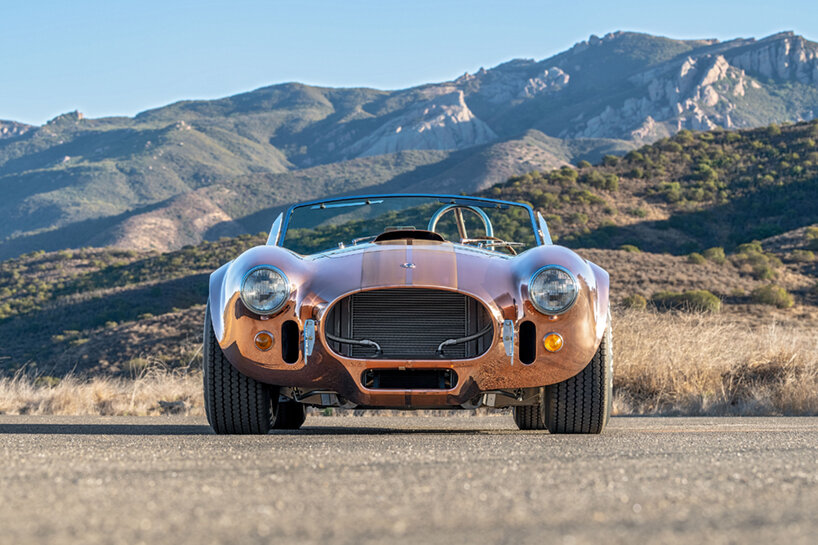 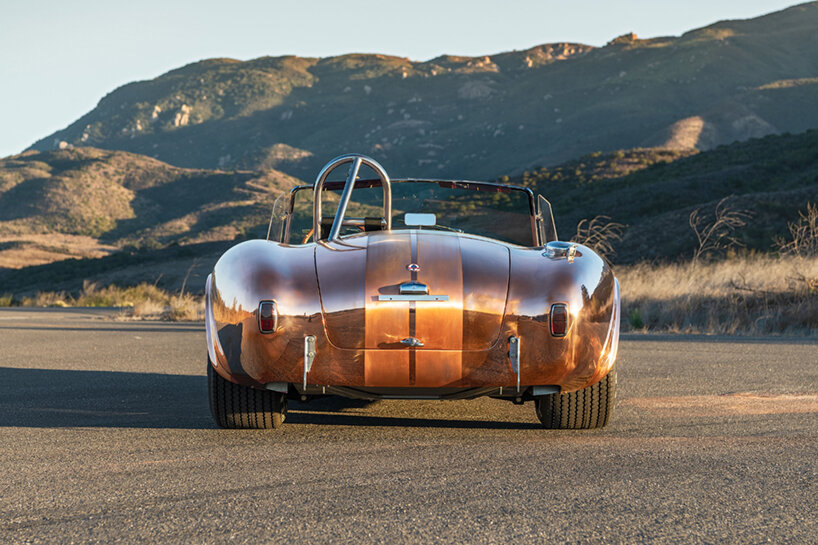 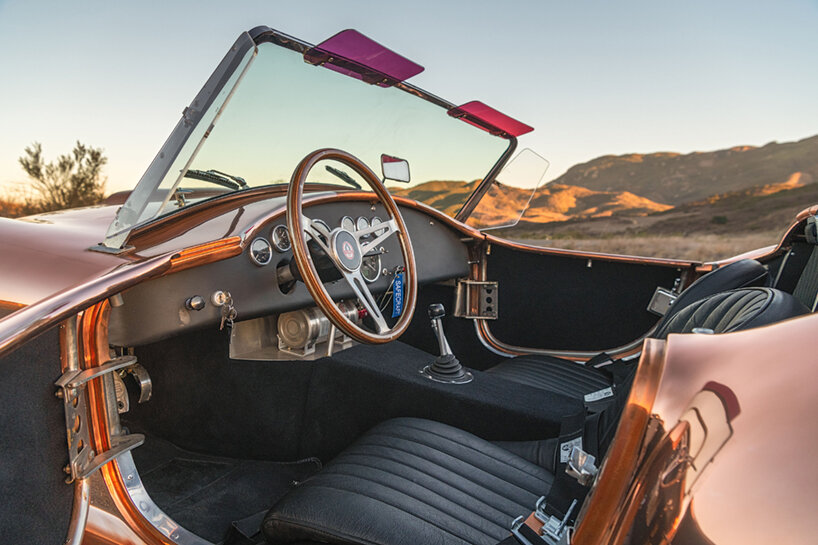 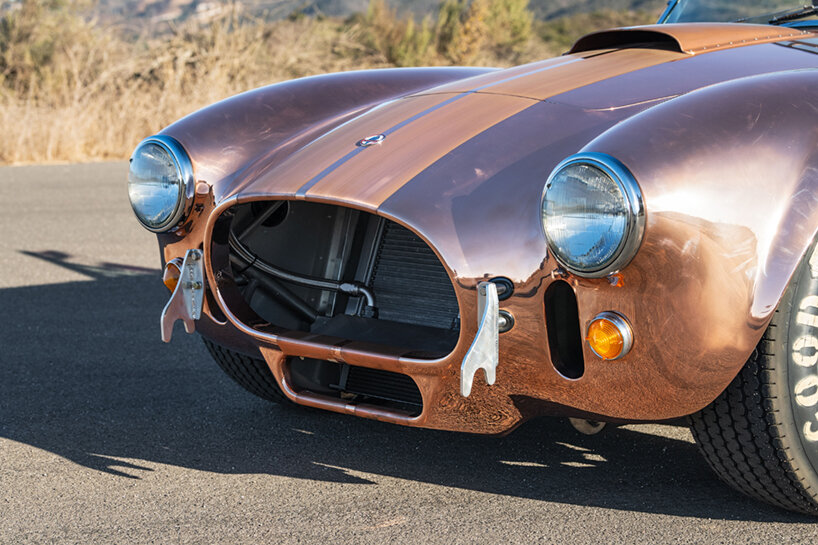 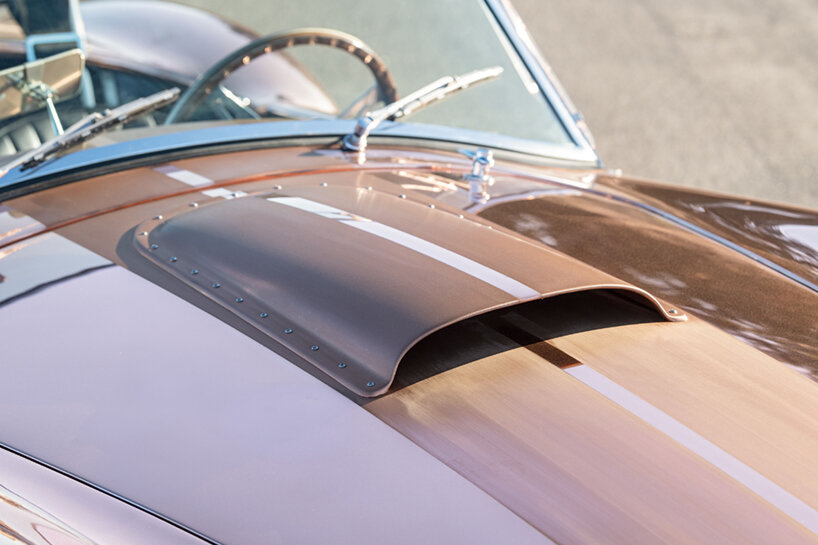 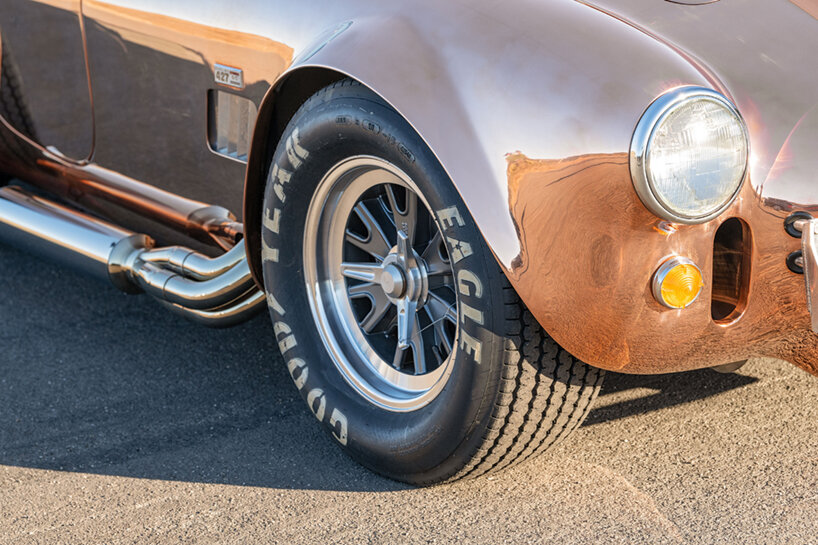 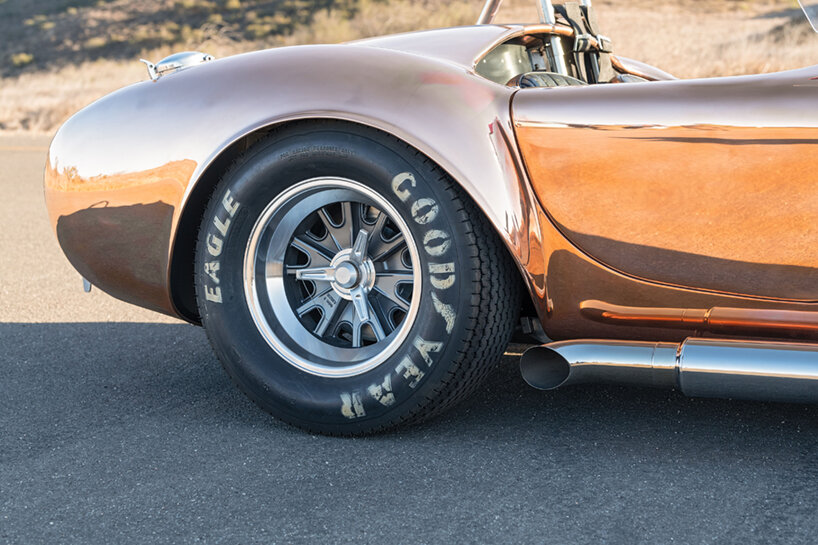