of all the ford mustangs produced, a 1965 or 1966 is certainly one of the most quintessential variations. so much so, that the vintage mustang has become such an icon that it is verging on commonplace. in response, the owner of this 1966 model gave the car a unique conversion by swapping out the powertrain to transform it into a pickup truck. the conversion had just sold this week for $15,000 USD. 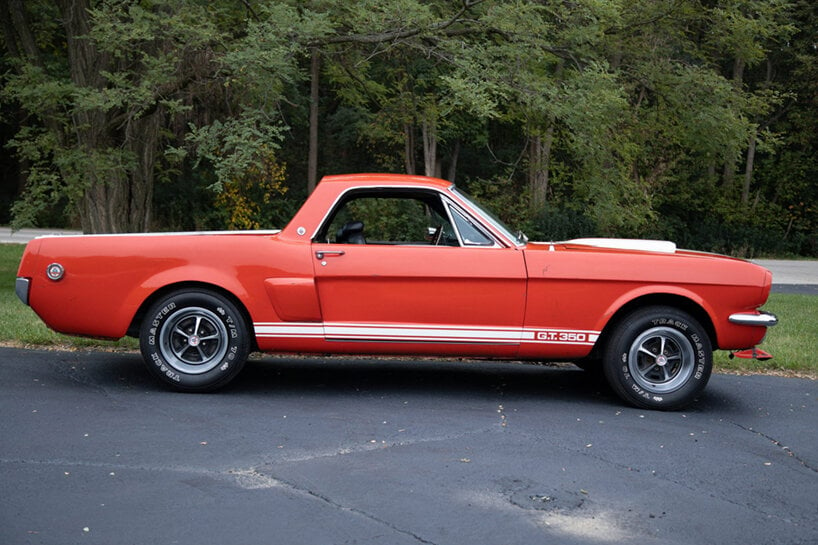 while the 1966 ford mustang’s engine and transmission swaps were done by the selling dealer, the pickup conversion had already been performed before the car was acquired. the car’s exterior is defined by its red and white paint job, cobra badging, a hood scoop, an integrated dual-outlet exhaust, and unique double-slat tail lights instead of the classic mustang triple. 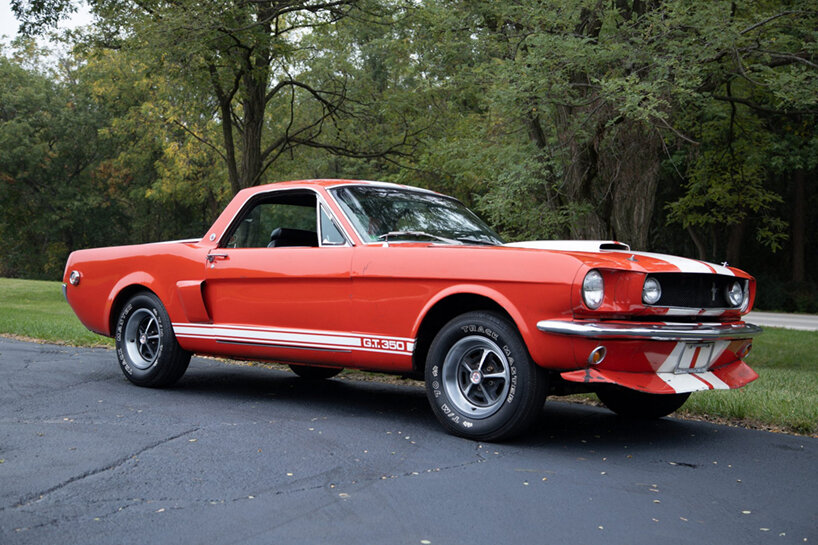 everything inside the 1966 ford mustang pickup, everything is standard — the bench seating is finished in black vinyl while the three-spoke wooden steering wheel shows a GT350 horn button. other features include a fold-down armrest and heater, along with non-functional defroster and AM radio. the mustang has just sold with 15,000 miles (24,140 kilometers) on the odometer — actually, while the odometer only displays 5 digits, the total mileage is unknown as it could be over 100,000. 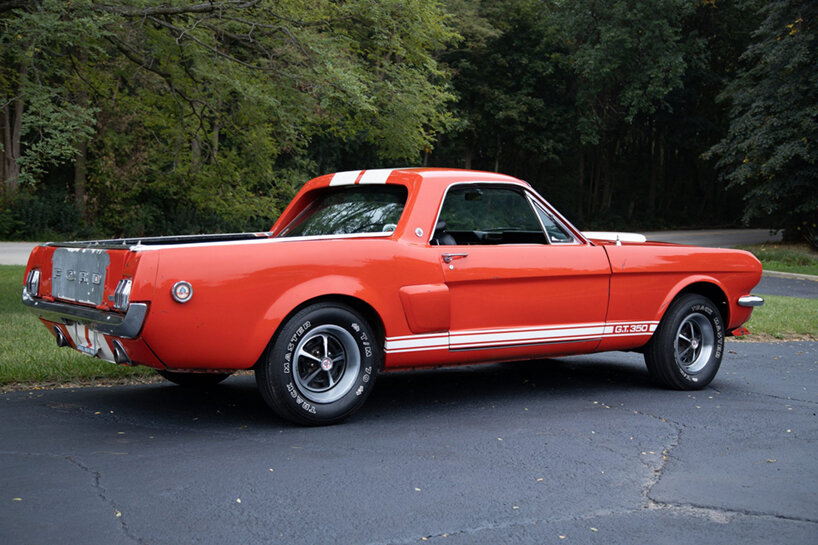 the exterior features a bold red and white paint job 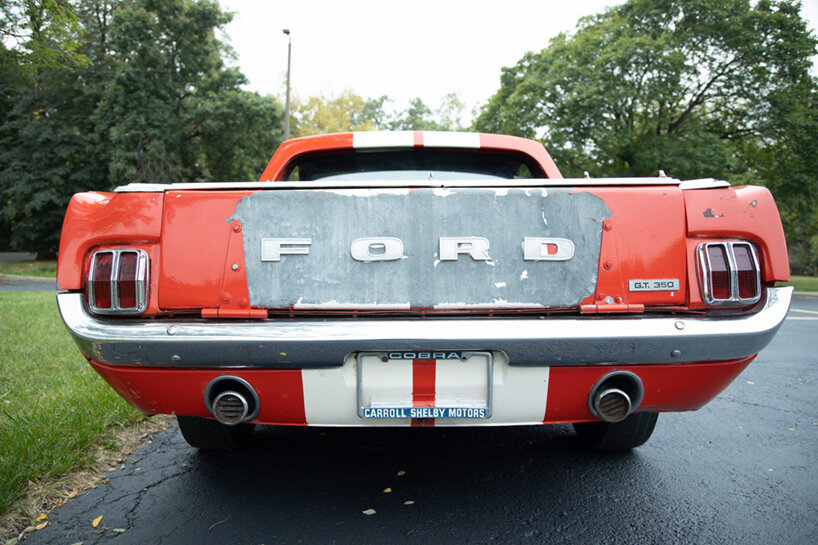 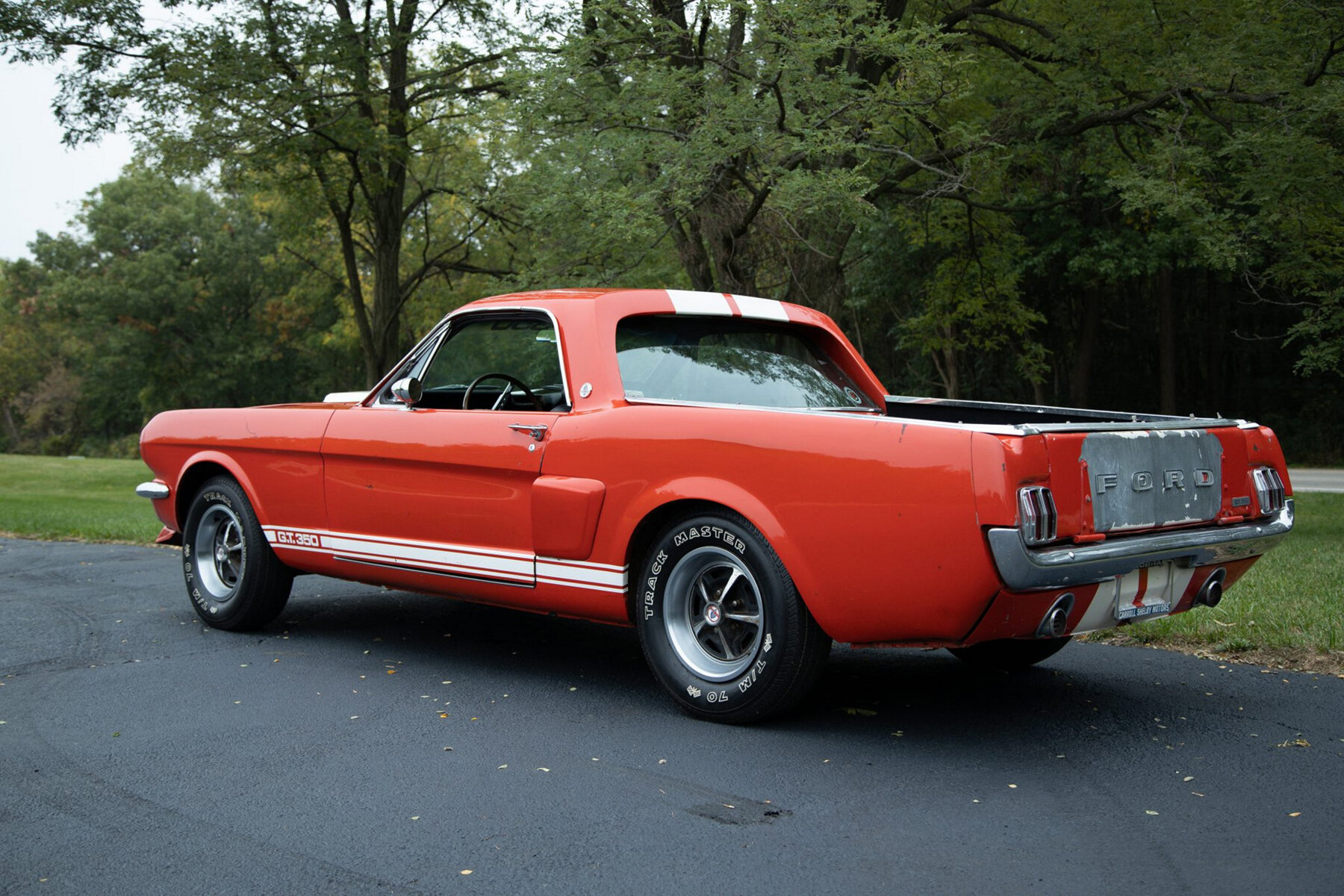 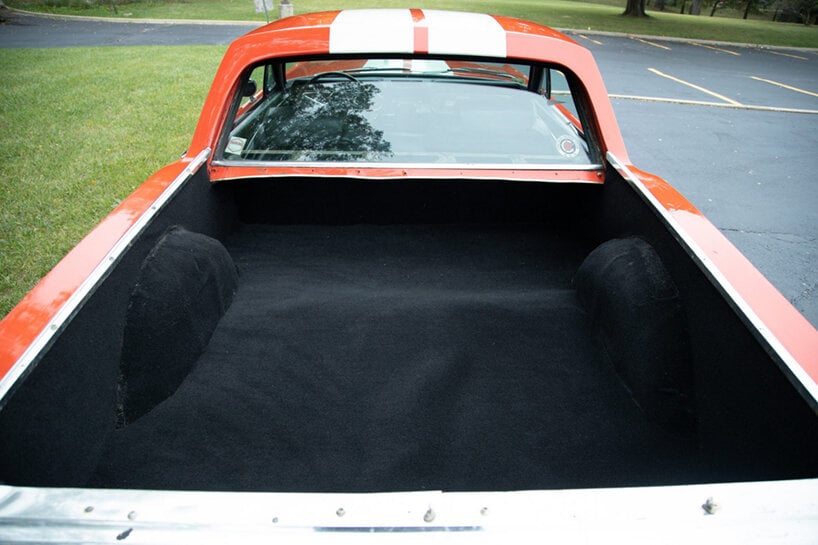 view of the pickup conversion 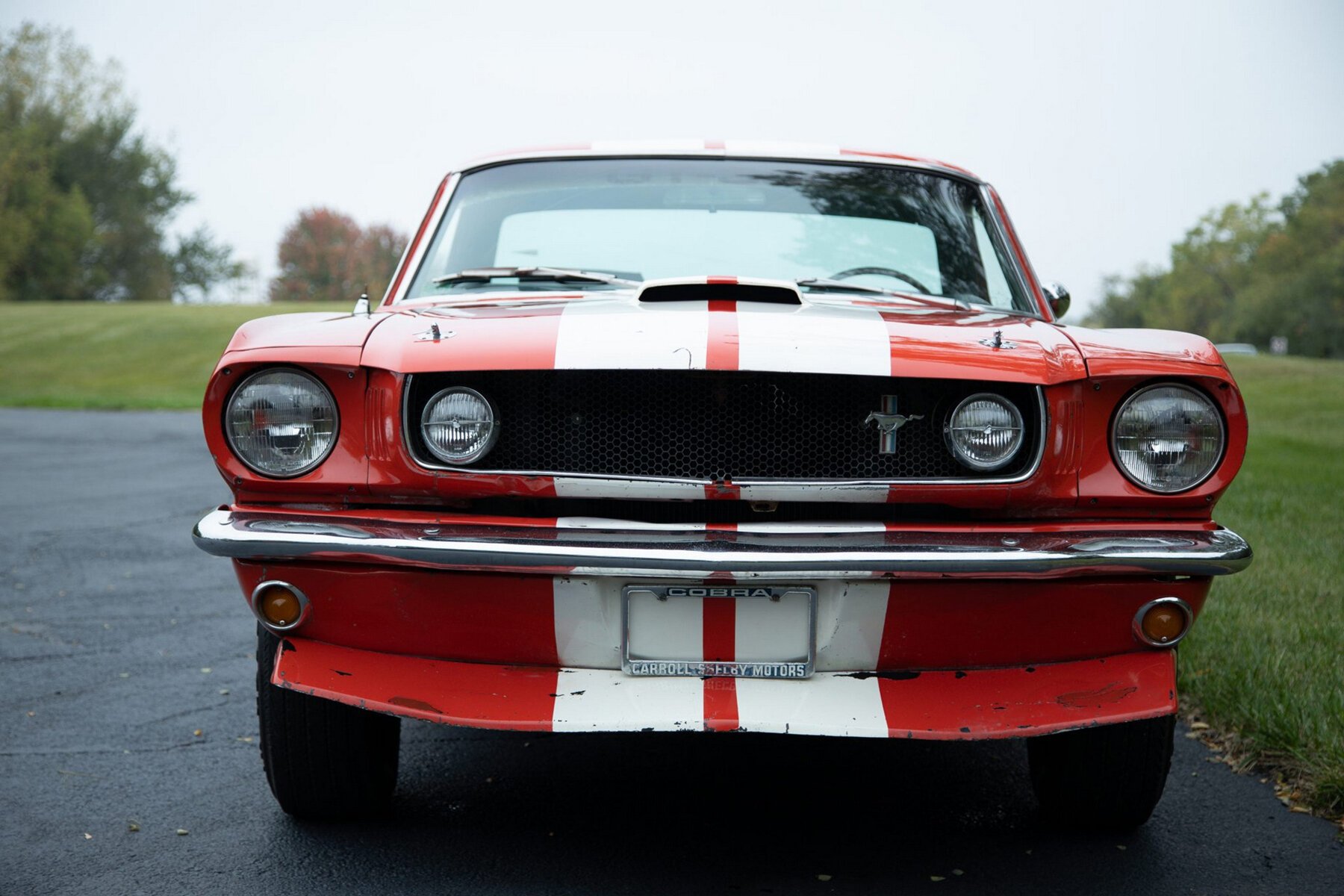 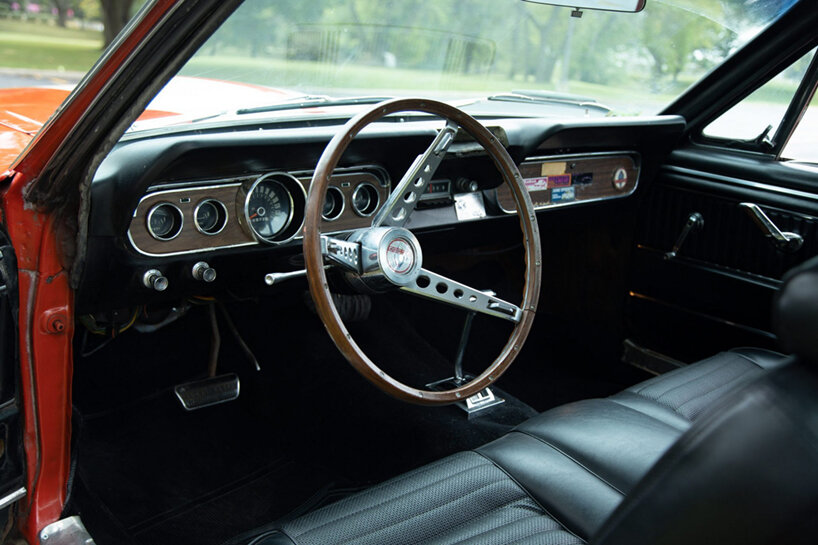 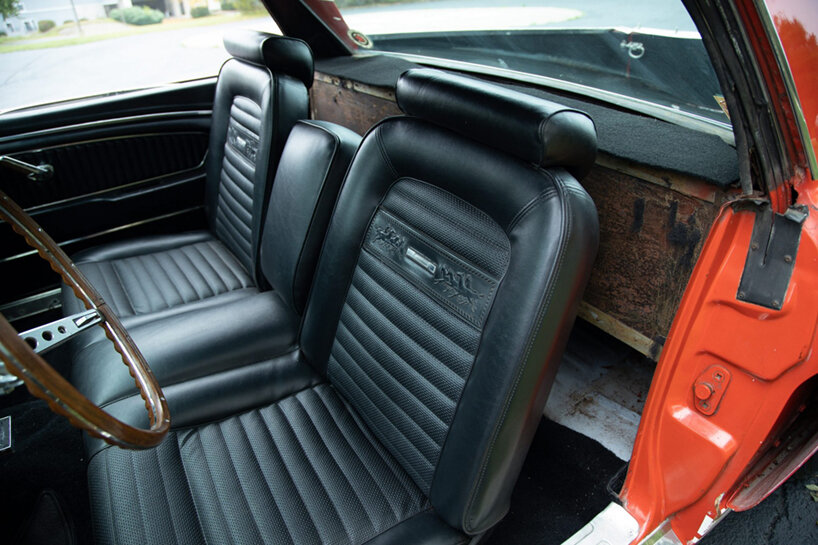 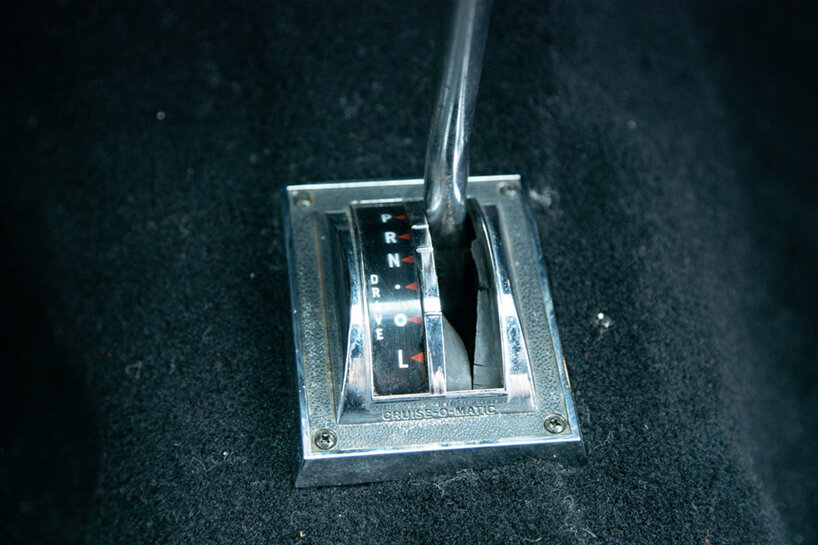