now on auction until the end of the week, a 1967 amphicar model 770 exhibits its ability to traverse both water and land. the amphibious vehicle had originally been developed by west german designer hans trippel in 1959 and had came to the shores of the US in 1961. the engine of the four seater convertible drives the rear wheels on land and two propellers in water. on land, the car has a four-speed manual transmission and reverse, while in the water it is capable of driving both forward and reverse. the front wheels steer the car and act as rudders underwater. meanwhile, the exhaust exits through the rear body panel above the waterline, and rear bumper guards shield the dual propellers from running aground. 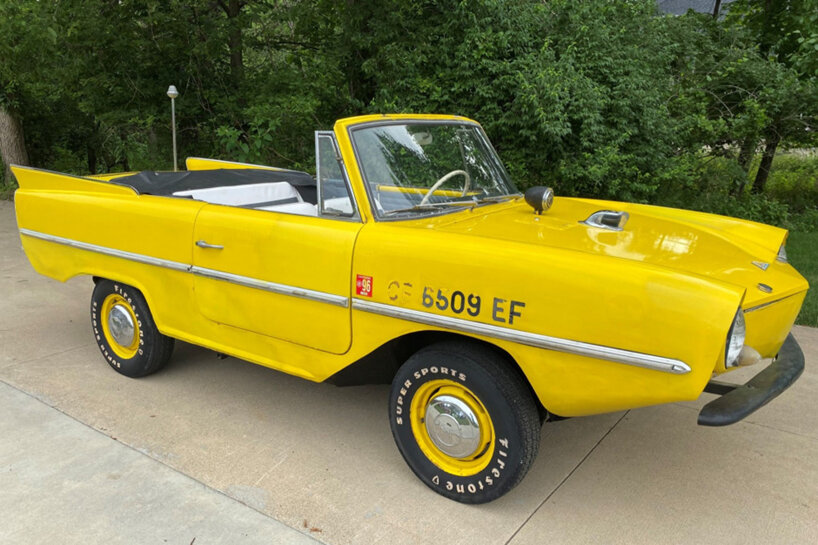 images courtesy of bring a trailer

the amphicar model 770 will auction at bring a trailer until august 15th, 2021, and is currently located in cedar rapids, iowa. the car’s body sports a yellow finish and shows coast guard registration numbers painted along the fenders, and is defined by its rear fender-top fins. meanwhile, the refreshed interior sees newly reupholstered vinyl bench seats and a two spoke steering wheel in front of a 90 mph speedometer. the seller notes that while underwater, the door seals leak — requiring use of a bilge pump. read more about the details of the refurbished 1967 amphicar model 770 on the listing, which at the time of this publication sees its current bid at $10,250 USD. 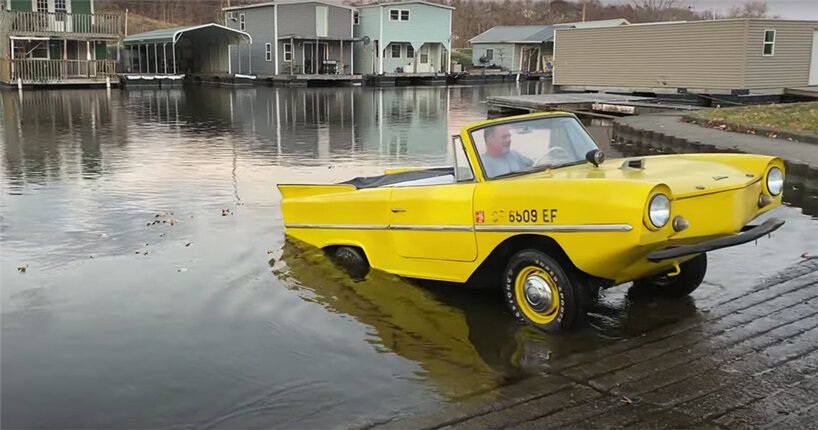 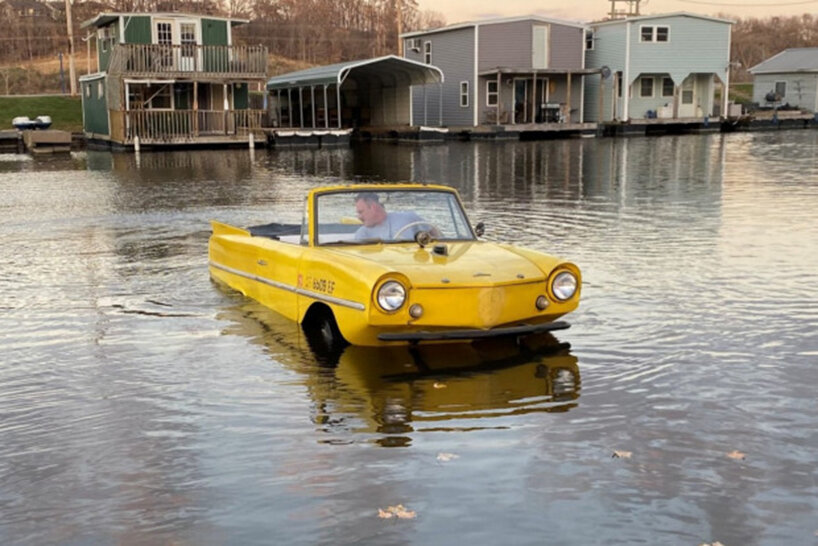 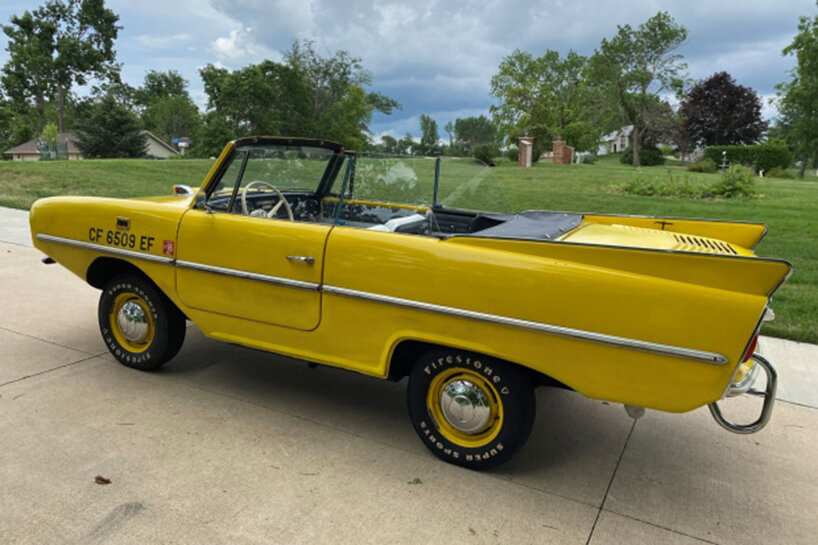 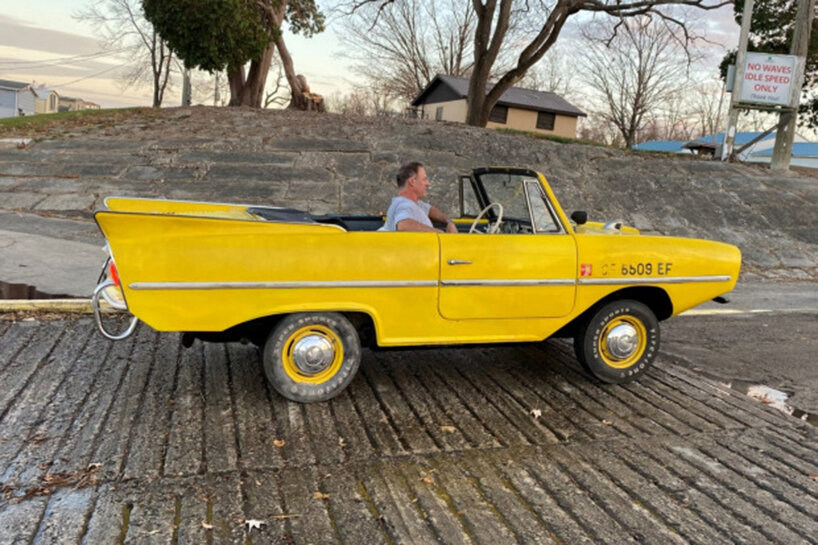 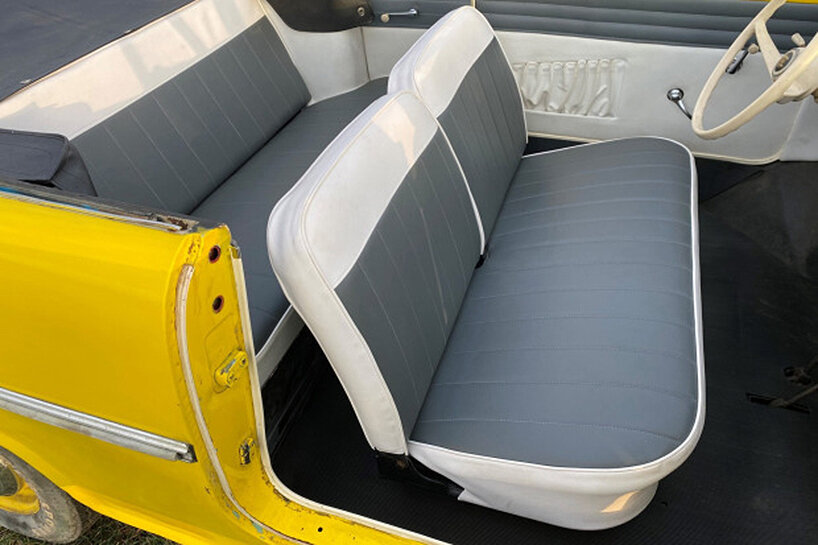 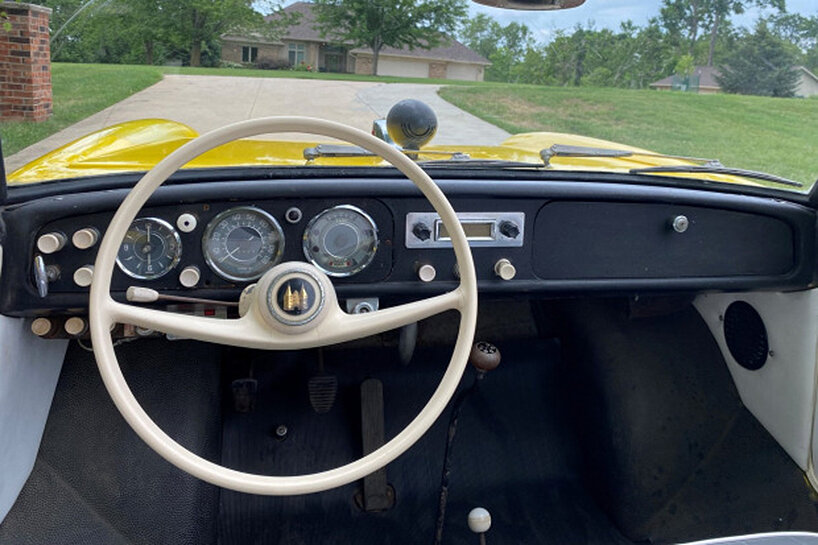 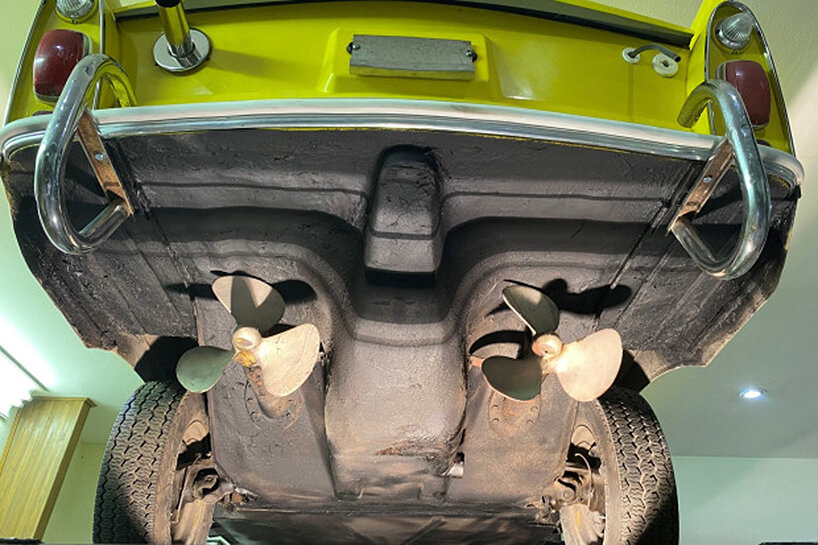