one of the most successful rally cars ever created, the 1975 lancia strato HF straddle, is up for auction. designed by marcello gandini from carrozzeria bertone and cesare fiorio from lancia, the car is the sports rally version of gandini’s 1970 stratos zero concept first shown at the turin motor show, which coincided with lancia’s desire to replace the somewhat aging fulvia — the car they were using in international rally racing at the time. when gandini saw lancia’s interest, he came up with a prototype for the new rally car which incorporated the fulvia chassis and drivetrain, with a clear influence from the zero concept.

fioro was the one who proposed to ugo gobbato, lancia’s managing director, a bertone-bodied car based on the stratos zero concept. a former ferrari chief, gobbato was the one who came up with the idea of powering the car with a mid-mounted ferrari V-6 engine and a five-speed manual gearbox. the next year, an orange stratos HF (high fidelity) prototype was debuted at the 1971 turin auto show. designed also by marcello gandini, and considered the first automobile ever purposely built for a world rally championship, featured a large wraparound front windshield which provided enormous outwards visibility. ‘enzo ferrari had initially agreed to supply the production stratos with V6 dino engines for the homologation run, but then balked as they came close to production,’ says the auction page description. ‘while the status remained unknown, keeping the project on hold, ferrari suddenly shipped 500 dino engines to lancia at once, and production began. not only a striking design, the stratos was quickly developed into a winner, taking the world rally championship title for three years in a row starting in 1974. only corporate politics prevented more possible wins, as the group opted to move ahead racing fiat sedans, but the stratos’ racing pedigree had already been earned.’ 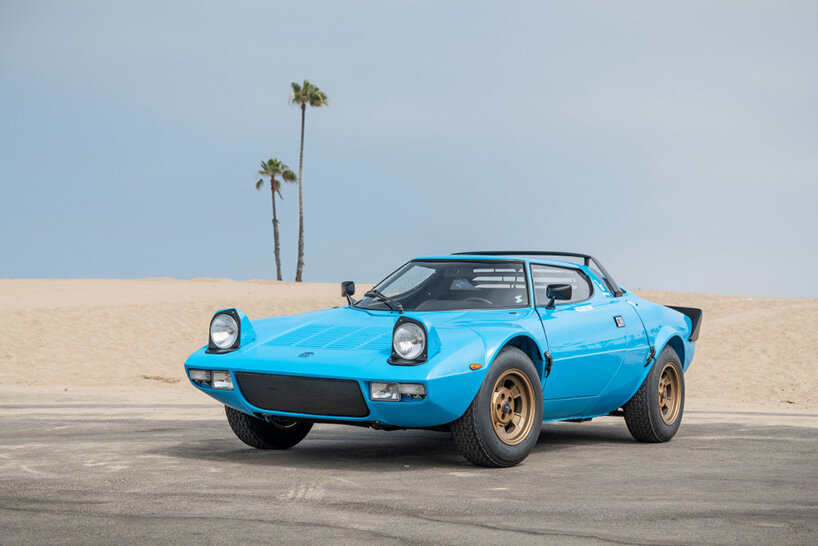 the version that is being auctioned is in fact a stradale or road-going. it was built for homologation rules and features little accommodations made by a manufacturer to allow a car to be legally registered for street use. with its ferrari sourced 2.5-liter V6 dino motor, dogleg 5-speed manual transmission, short wheelbase, and long-travel four-wheel independent suspension, the stratos is a unique, incredibly engaging drive. this example is showing 30,413km on the clock, has a known owner history, and is in very original condition. 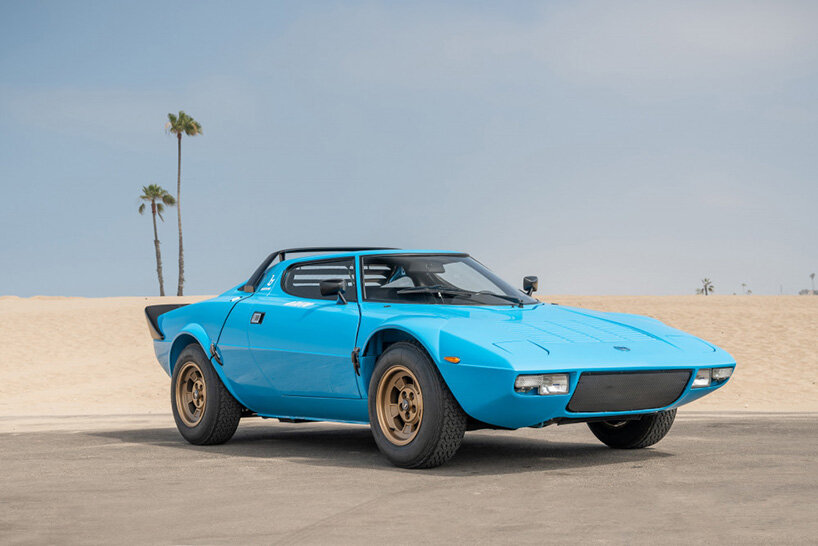 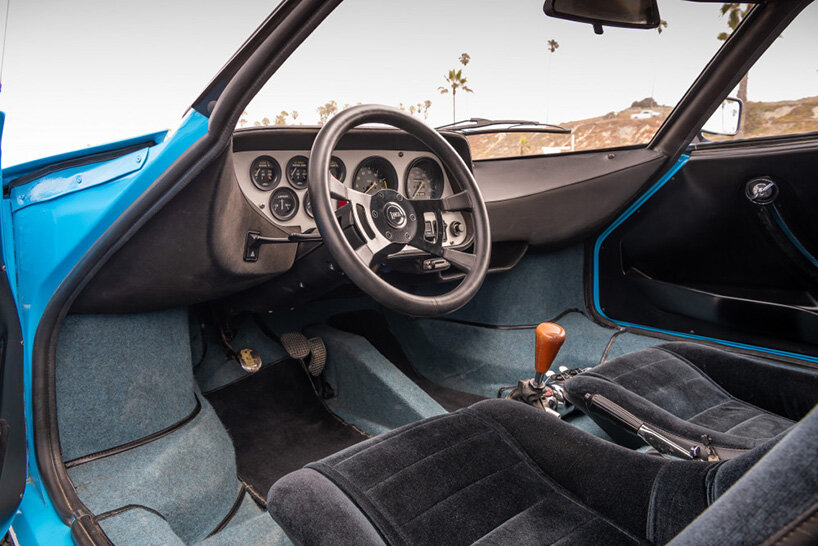 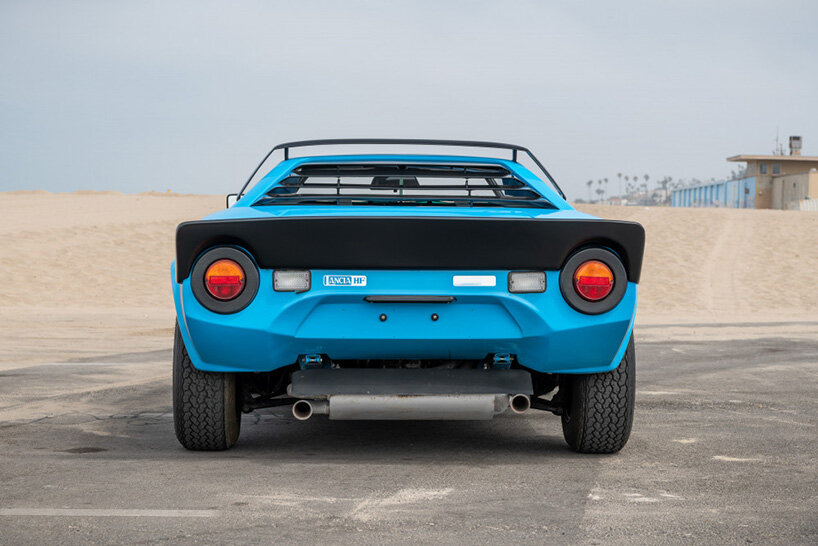 the exterior of the stratos is finished in azzurro, a blue non-metallic 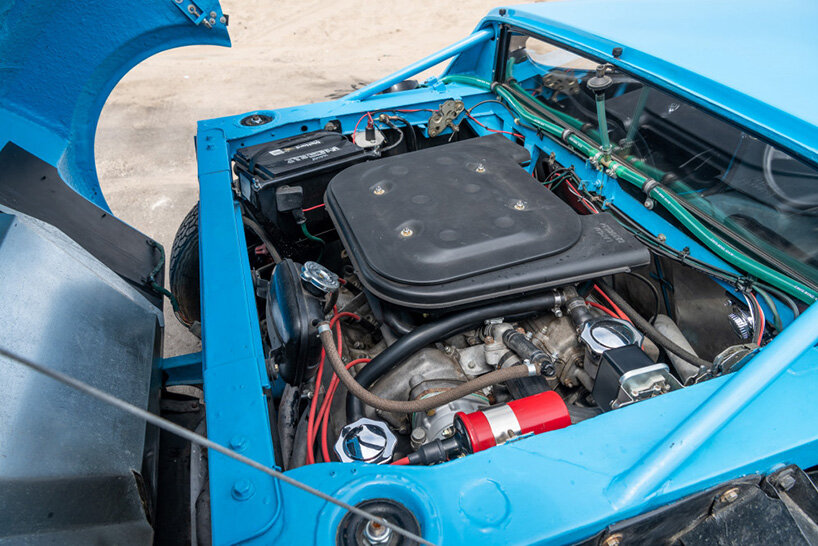 the 2.5-liter 65-degree V6 and the five-speed dogleg transmission in the stratos were sourced from ferrari 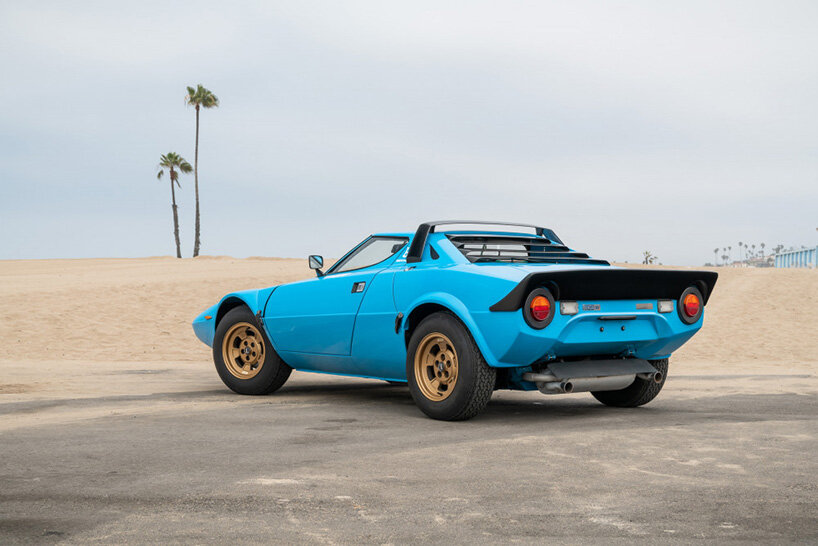 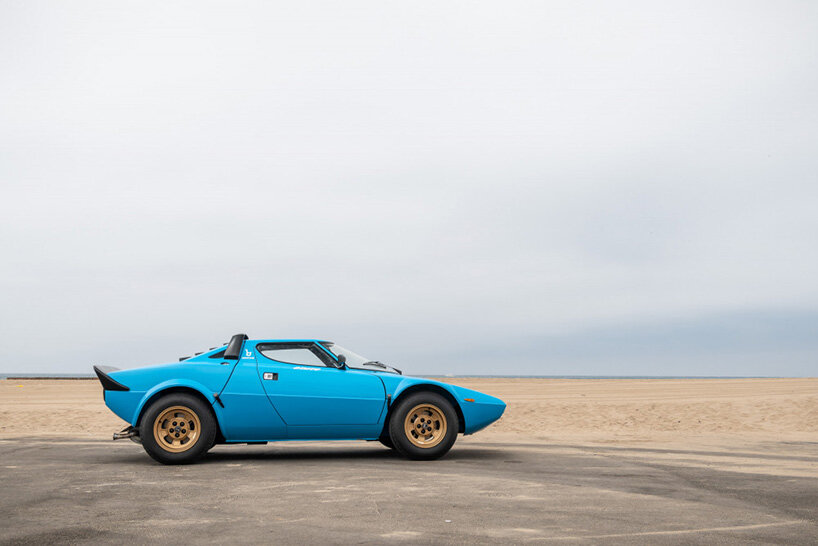 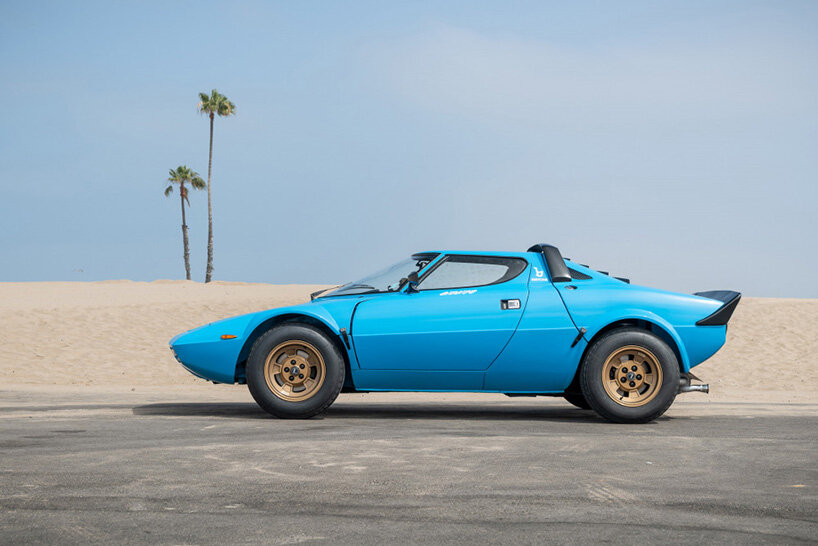 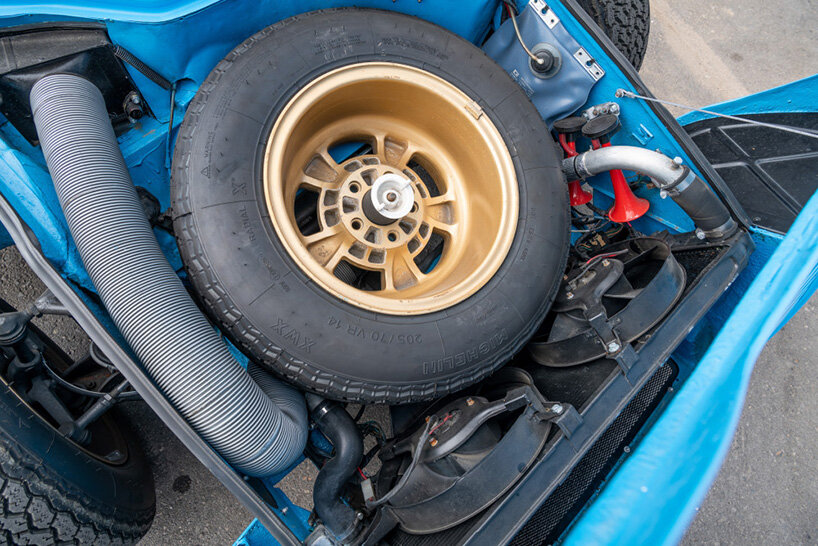 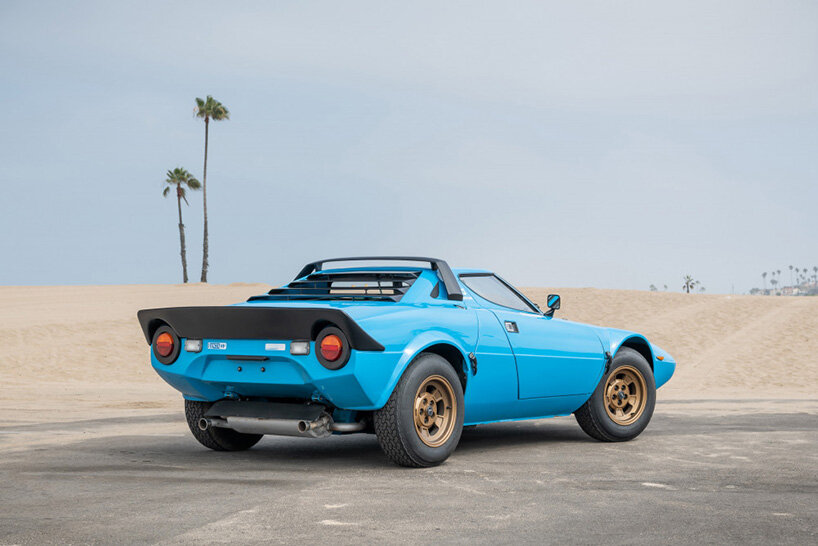