after electrifying its 1975 pony earlier this year (read more), hyundai returns with a restored, modified electric 1986 grandeur. this so-called ‘restomod’ presents a continuation of the company’s heritage series, which sees its classic vehicles updated with an electric powertrain and a ‘retro-futuristic’ styling to celebrate both the heritage of the car and the forward-looking spirit of the company. 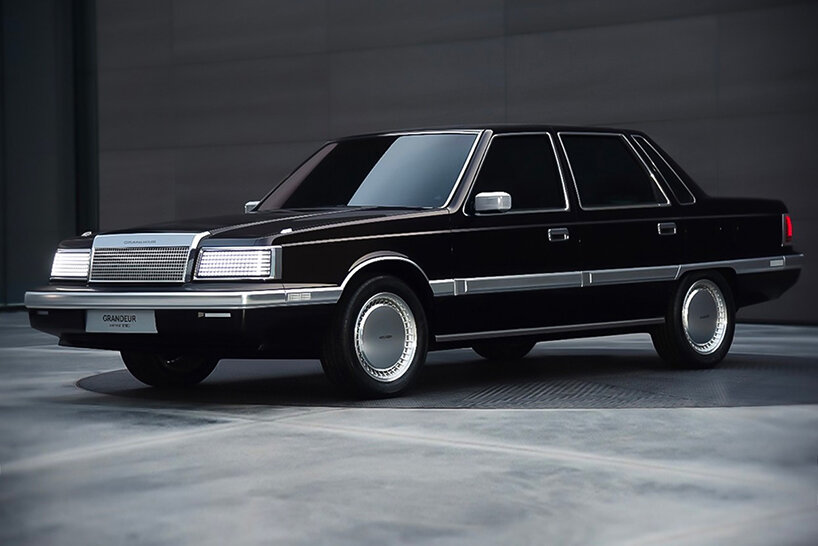 with this latest electric restomod, the team at hyundai maintains the original boxy profile of the 1986 grandeur. the most defining exterior element is a set of contemporary ‘pixel’ LED headlights and taillights — much like the reimagined pony — to repeat the squared-off theme. other new features include a chrome mesh grille and trim, and flat wheel covers.

the team completely overhauled the interior, integrating a widescreen display and soundbar together with a portrait control panel which controls multimedia, driving functions, and air conditioning. the soundbar works with an 18-speaker sound system which the team claims is meant to express ‘acoustic theory similar to that of a concert hall.’ 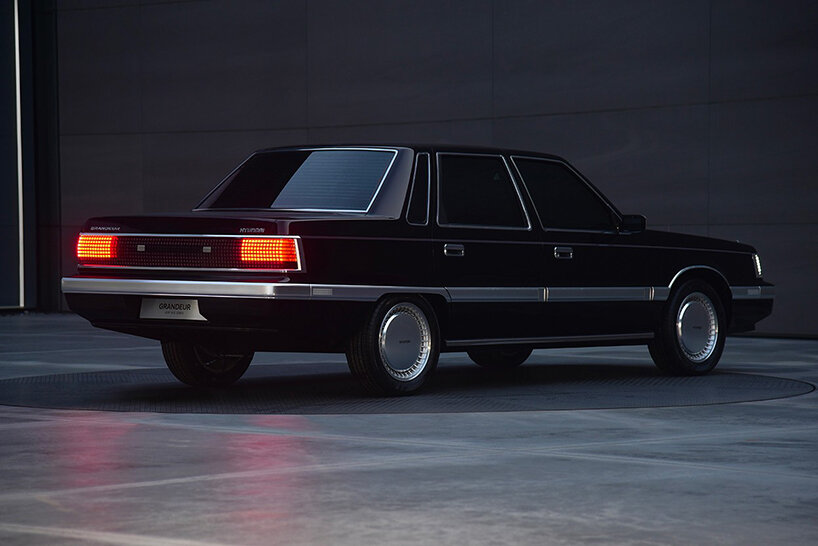 toward the interior, the electric 1986 grandeur is cloaked in red velvet. this upholstery sees a combination of bright burgundy alcantara and nappa leather, with silver metal and gloss black accents. the team integrates other hidden luxury details such as a watch storage slot, a throttle style gear selector, a set of interior ‘infinity mirrors’ along the roof, and a virtual piano developed together with instrument brand samick. 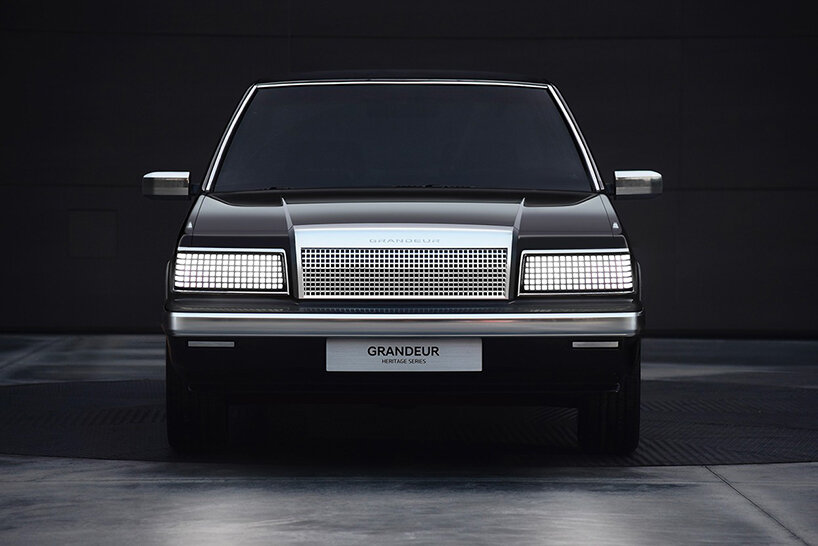 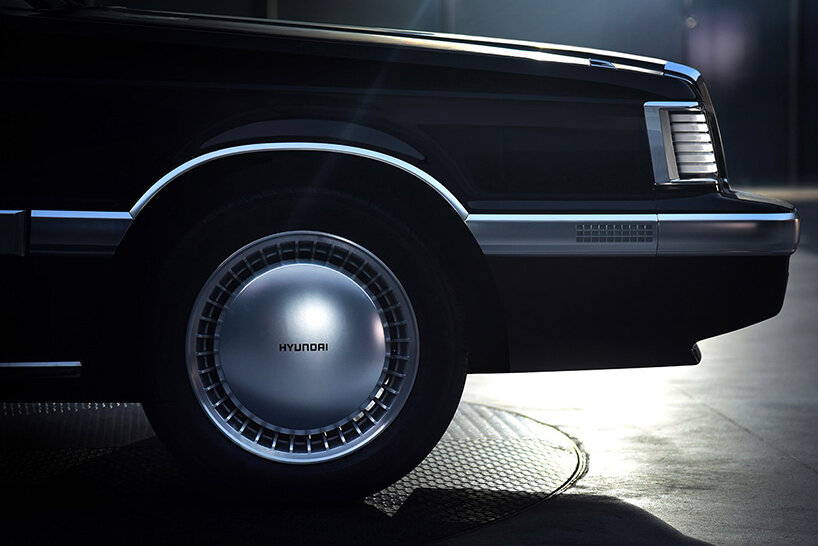 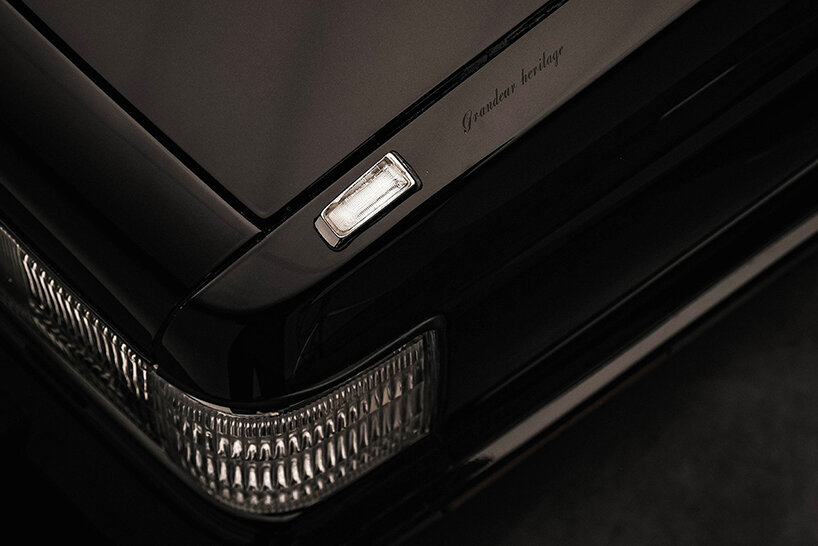 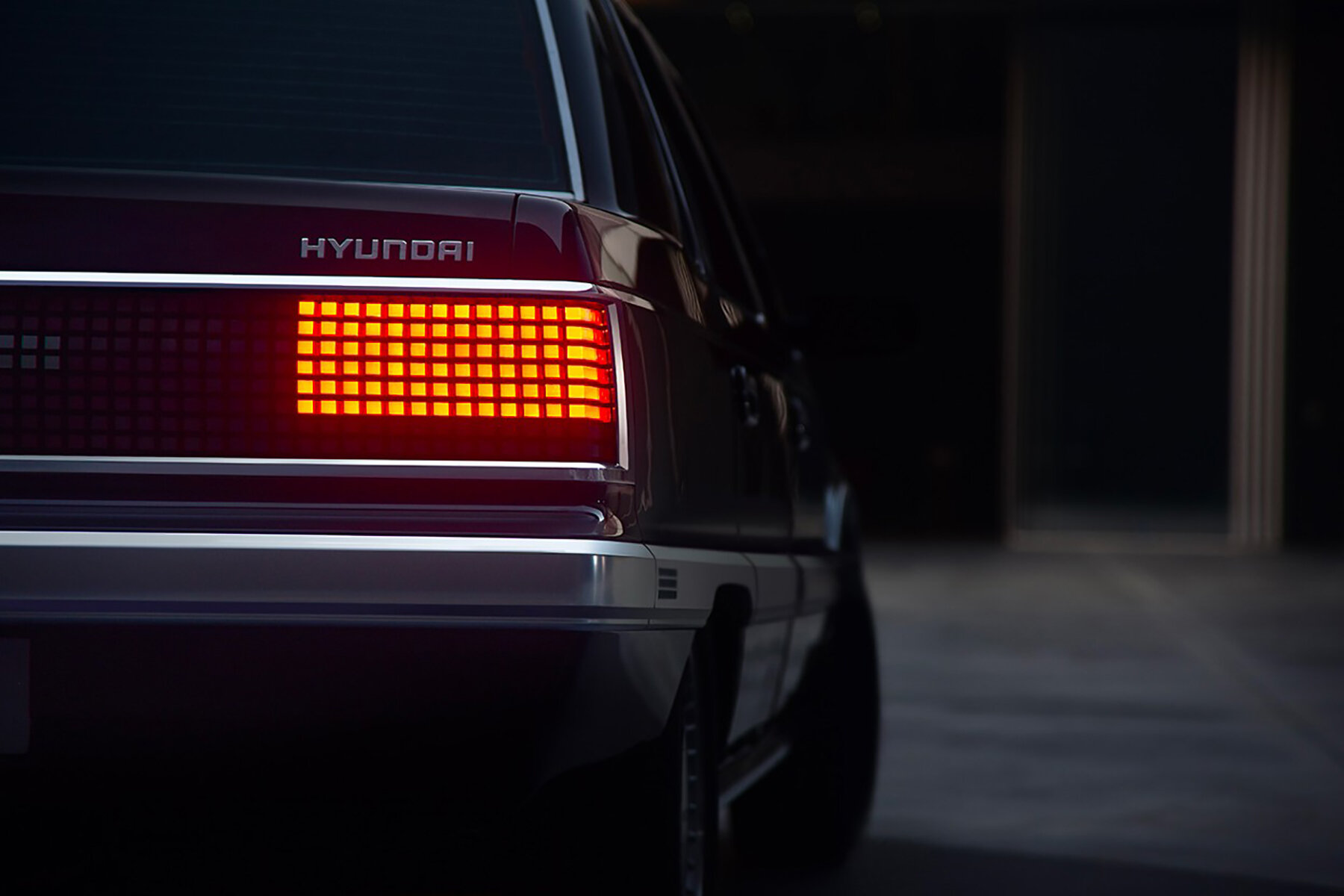 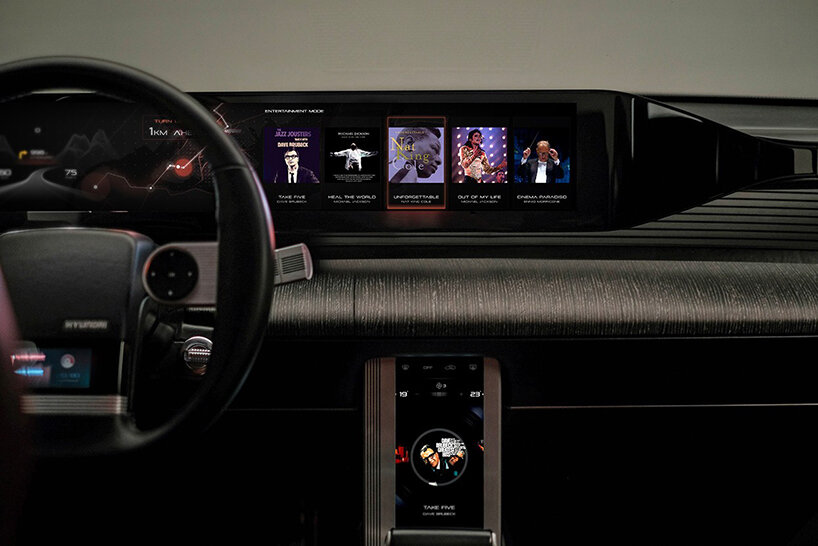 the restomod receives a widescreen display 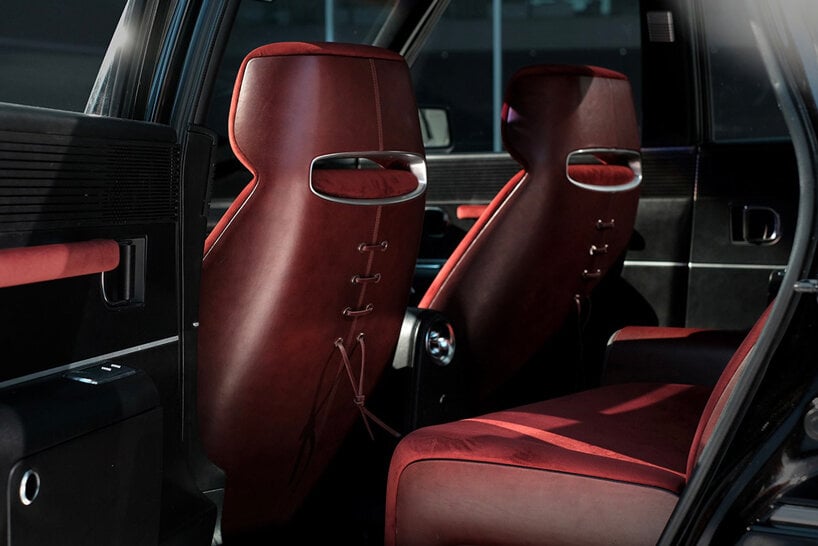 the interior is cloaked in burgundy velvet

thanks to a 'crabwalk' system, this hyundai IONIQ 5 can move sideways and rotate 180° 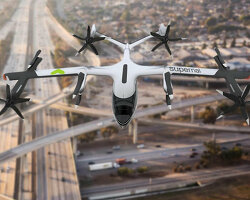 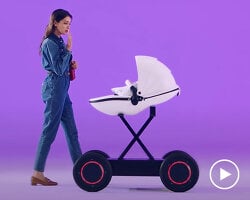