‘luxury doesn’t end where the road does,’ states darren day, head of interior design at bentley, to designboom at the preview of 2021 bentley bentayga. over 20,000 of the first edition – originally launched in 2015 – have been handcrafted to date, and the second generation model once again combines the abilities of a performance grand tourer, a luxury limousine, a spacious family car and an off-roader all into one. it does so in a completely refined design inside and out, adopting the marque’s new design language which evokes muscularity with elegance in equal measure. 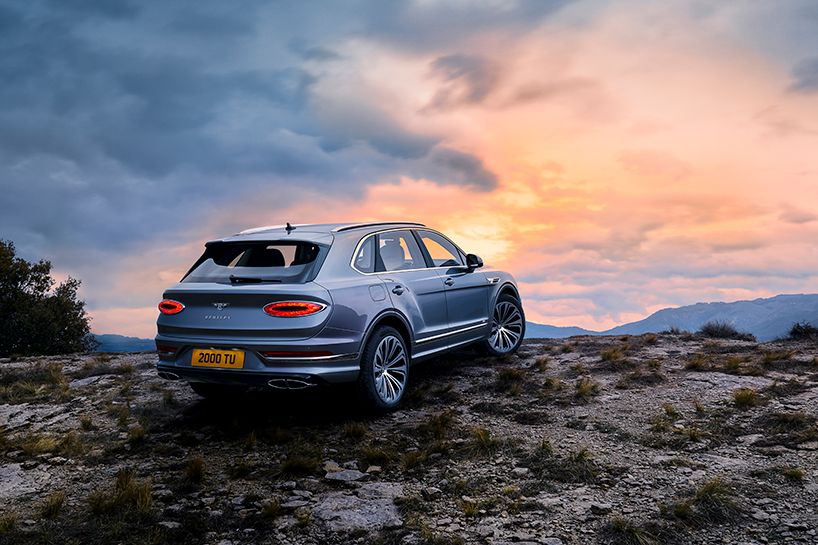 all images courtesy of bentley

from front to rear, the exterior body of the 2021 bentley bentayga has been redesigned for a cleaner, more modern aesthetic. the process began by increasing the rear wheel track by 22mm to deliver an increased sense of dynamism, both in its stance and performance. the styling then builds upon this aggression. beginning with a larger, more upright and assertive matrix grille, the front has a dominant appearance. the like-minded intelligent LED matrix headlights, which are intricately cut like crystal glassware, are also placed higher up. to the side, new air intakes by the wheel arches are sculpted as if a reinterpretation of their original winged ‘B’ logo. 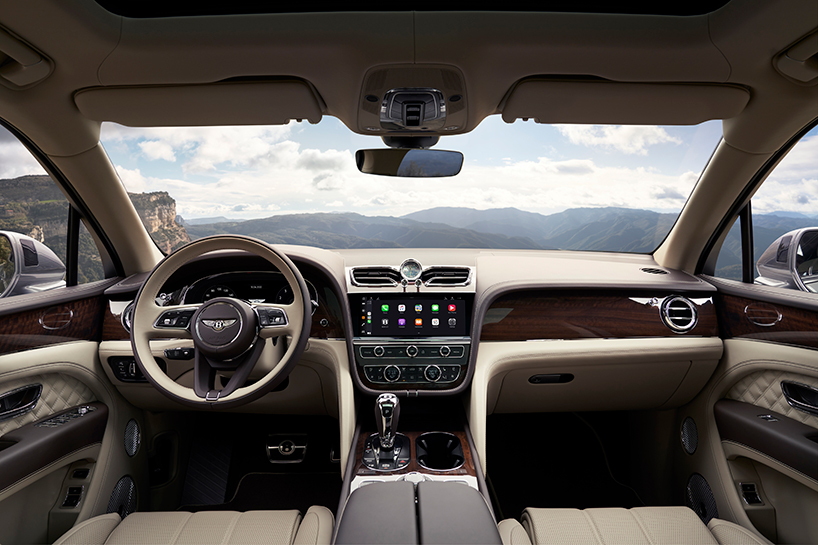 chris cole, product line director for bentayga, highlights the horizontal focus of the design at the transformed rear end. a new full-width, clam-shell tailgate encapsulates the oval taillights that, through its crystal glass cut, has a deep, highly sculptural effect. these are mirrored lower down by the wide, split tailpipes that allude to the car’s performance capabilities. the rear is crowned by a bigger spoiler to not only increase aerodynamics but counter-balance the aggressiveness of the front end. 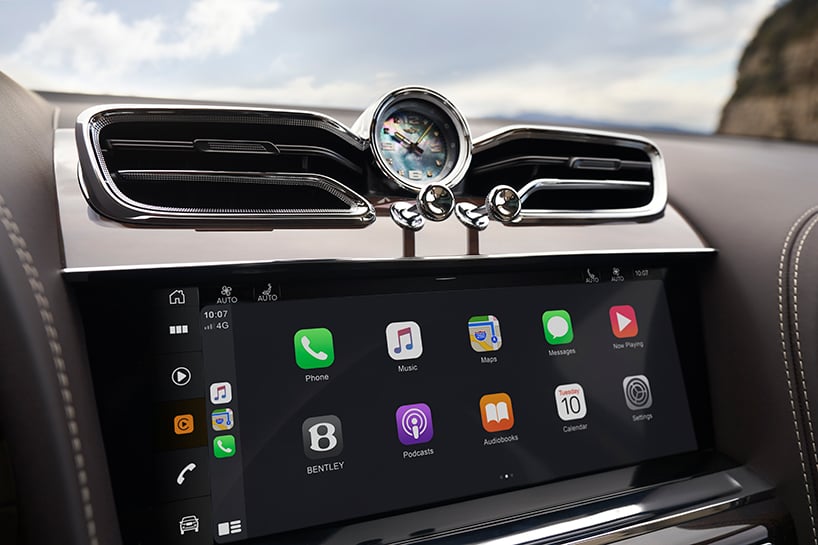 the refreshed interior is tailored in new color and trim options, but the interior architecture has also been completely re-shaped with a defined yet undulating form. the dashboard rises at the center where a digital fascia – including a super high-resolution, 10.9-inch infotainment screen – is seamlessly integrated into the body. here, the dashboard’s dials as well as a highlight air vent sculpture – inspired by bentley’s ‘wing’ logo – are framed by intricate pearly etching. the lower architecture then dramatically darts downwards to wraparound the passenger with racecar-inspired lines. 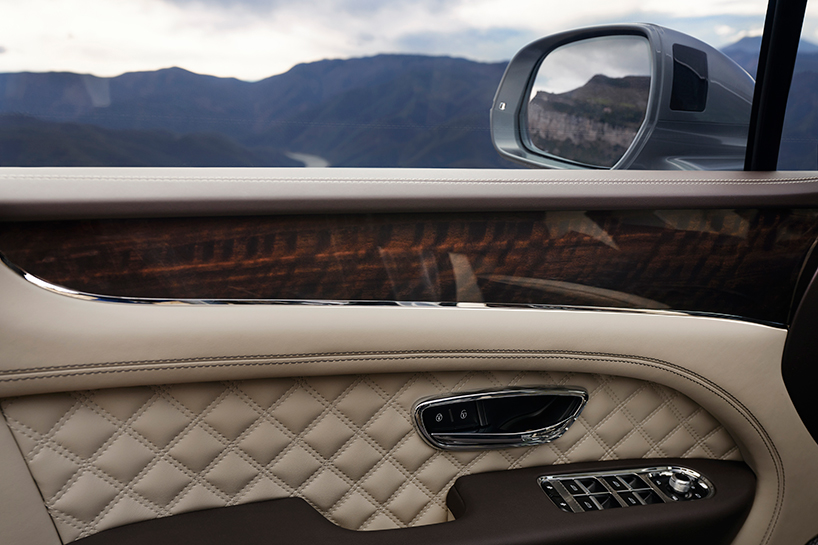 ‘sharp lines of leather give a tension to the interior but it is still super soft to touch,’ adds darren day. as well as the micro-quilting, the new seats feature a continuous rolling nose, where the upholstery grain extends with the body without a separate grain. across the interior surfaces, the bentayga offers a dark tint diamond aluminum finish trim – a first for the brand – that brushes the cabin in a subtle but special finish as if made from crushed precious stones. two straight-grained veeners – koa and crown cut walnut – are also available to the bentayga. 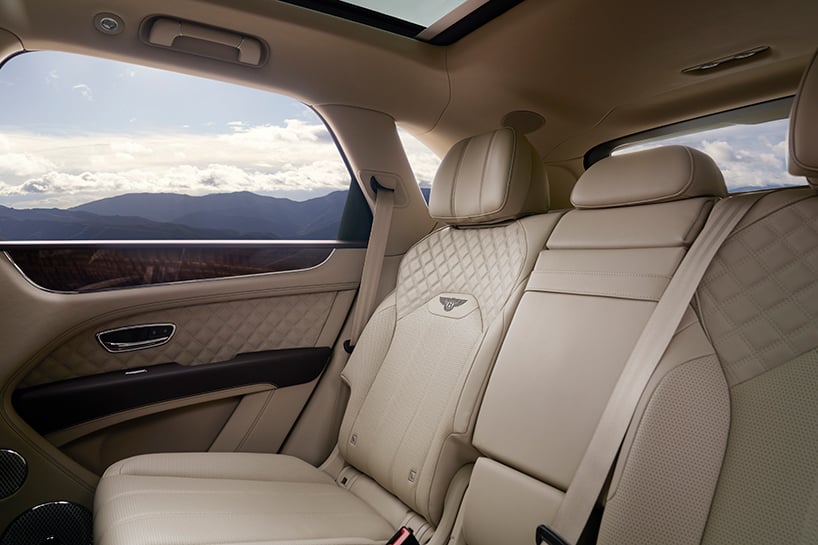 comfort truly leads the cabin space in the SUV. and, thanks to its new architecture as well technological updates, the interior has been equally as modernized as the exterior design. the rear passengers now benefit from 100mm extra legroom. luxuries continue further with new, larger touchscreen remote control tablets embedded into the back – similar to those found in the flying spur model. USB-C port and wireless phone chargers are also integrated throughout the cabin. 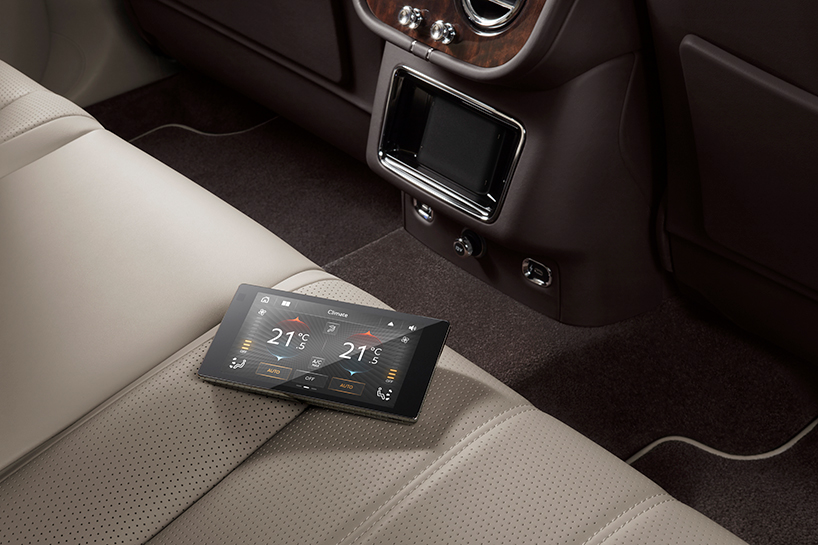 as a statement of performance as much as it is for luxury, the 2021 bentley bentayga continues to build upon the leading capabilities of the original model. it holds a 4.0-liter, twin-turbocharged V8 petrol engine that delivers 542 bhp and 770 Nm of torque. this will be followed by both a plug-in hybrid and W12-powered speed edition, with the latter delivering 626 bhp and 900 Nm of torque. 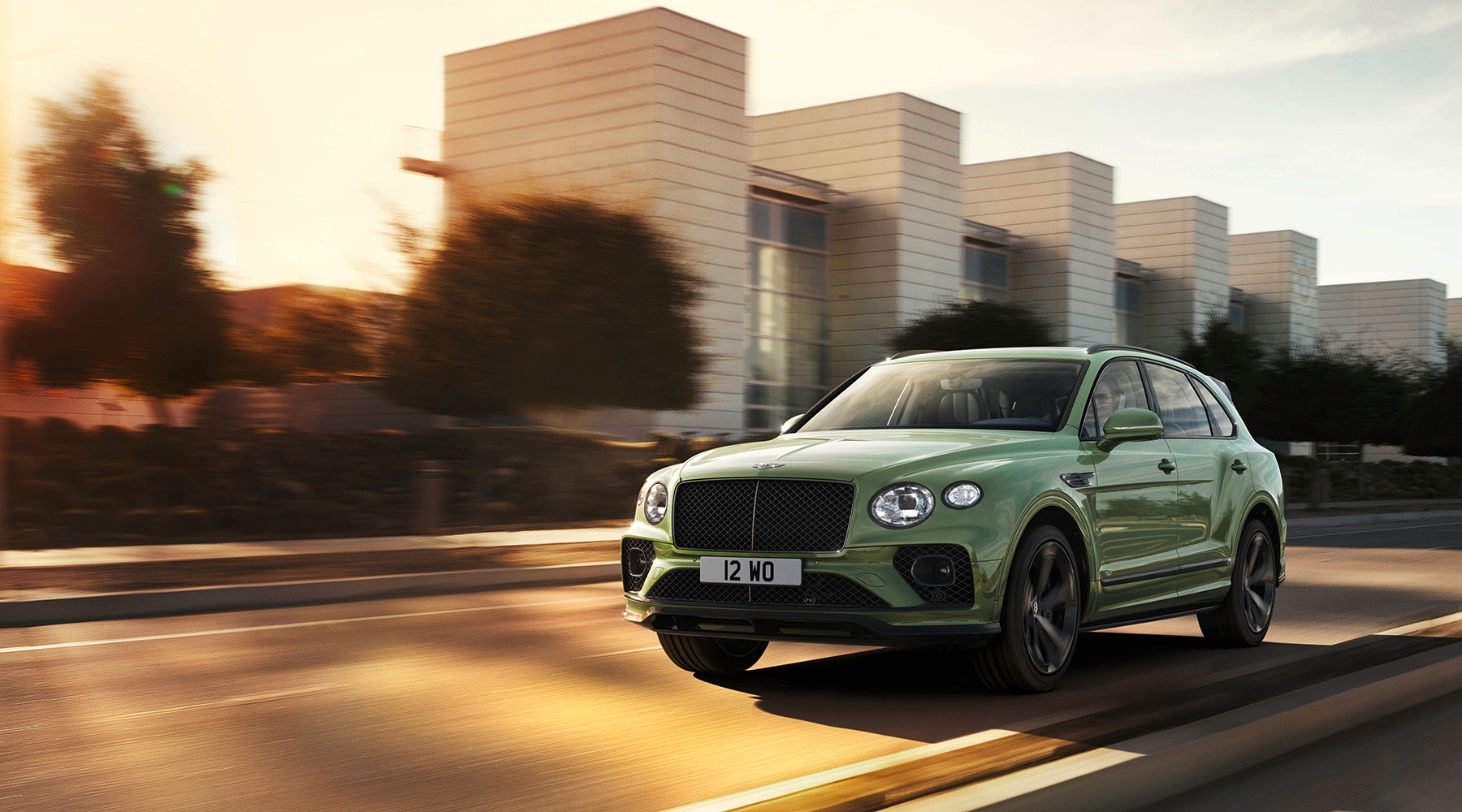 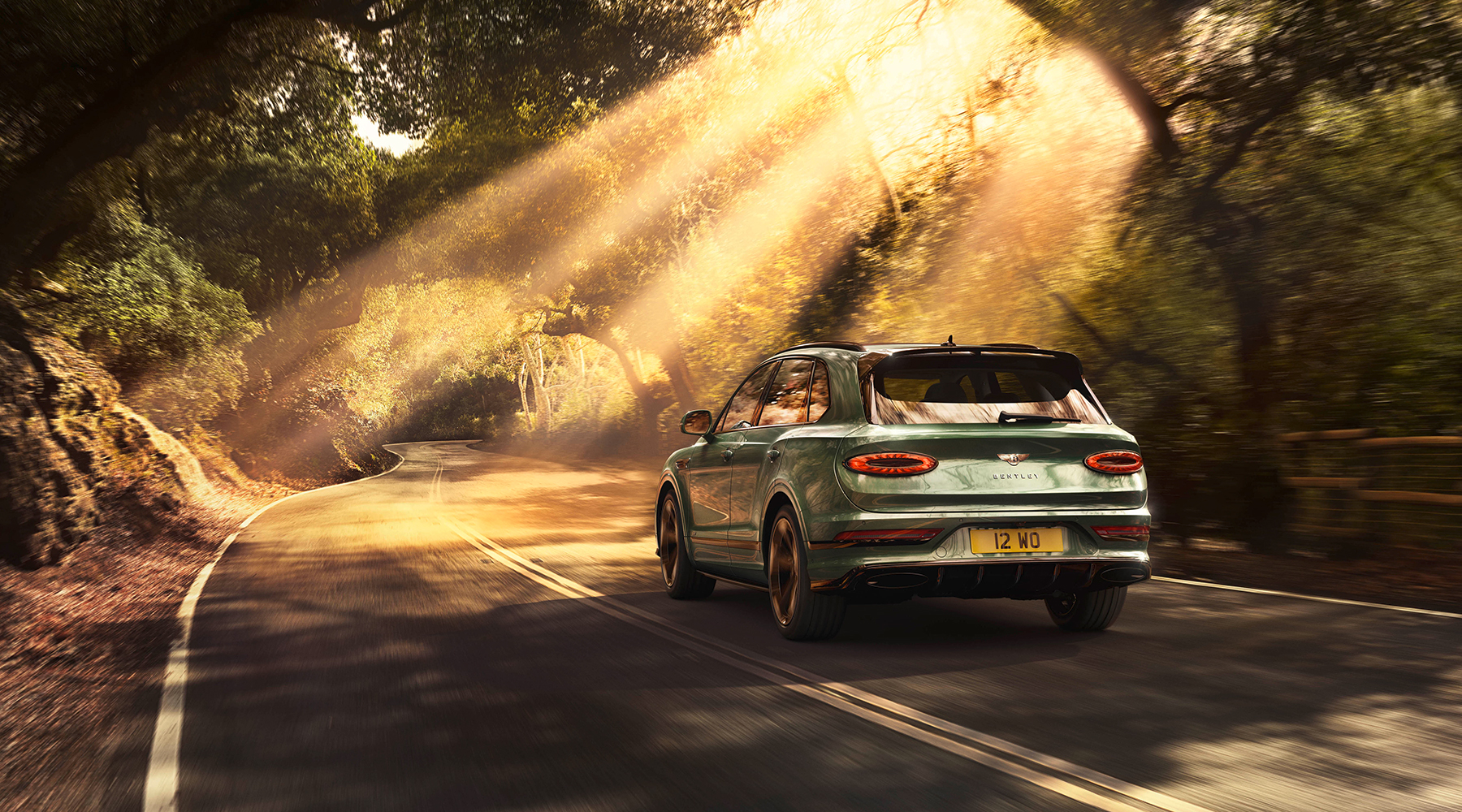 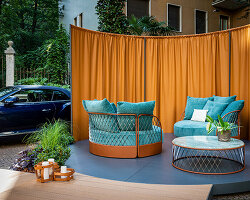