a classic car does not get more iconic than the mercedes-benz SL, whether as the 300 edition with its gullwing doors or the 280 that sports a pagoda-styled soft top. the legendary roadster is reborn with the 2022 mercedes-AMG SL. the car returns to its roots with a sporty design, convertible top and an armory of high-performance features. in sunny malibu, california, designboom takes to the road to see if the name SL is still as symbolic today. 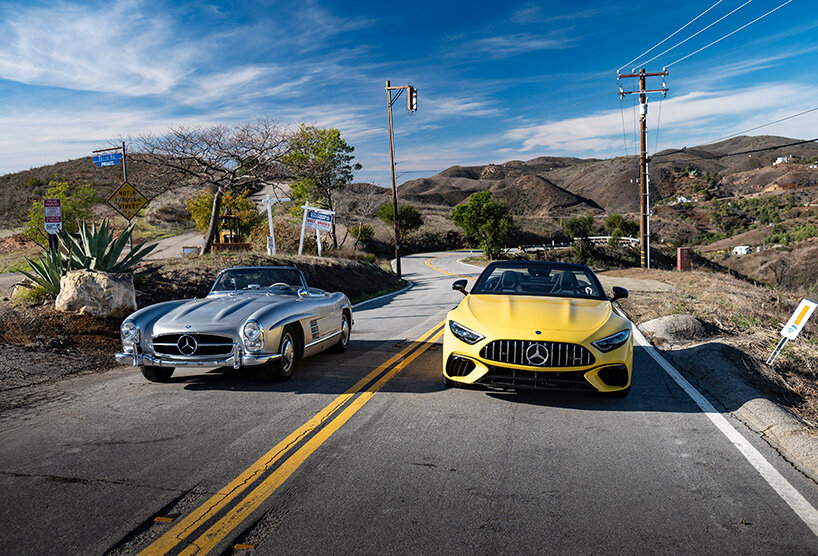 all images courtesy of daimler AG

from gullwing to AMG, the history of the SL

it is almost 70 years since the original 300 SL – acronym for sports luxury – debuted to astonishment in 1952. it was a vision of a road-going racing car, confirming its golden status with a one-two victory at the 24 hours of le mans the same year. beloved successors soon followed with the gullwing, described by the unusual opening of its doors, produced in 1954, then the pagoda, named after its convertible roof shape, from 1963 to 1971, and also the R 107 from 1971 to 1989. from stopping and staring to quickly getting out your camera to take a snap, the reaction to these iconic cars have only grown stronger as the decades passed. 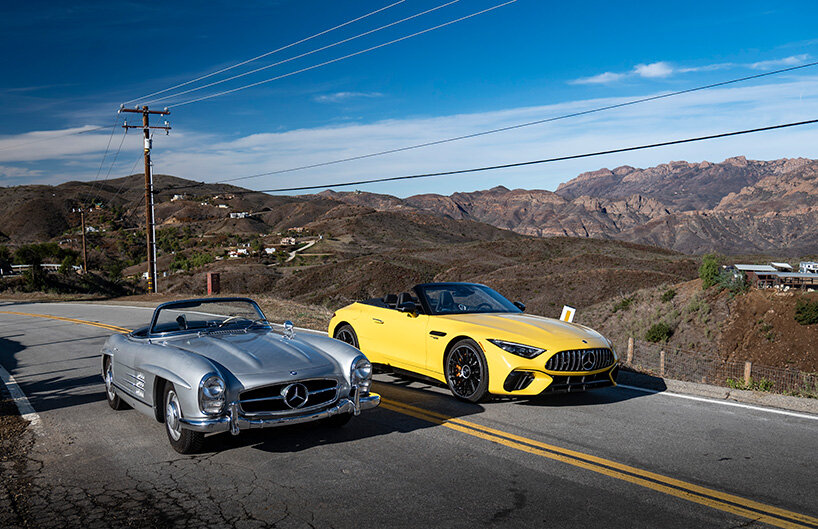 the iconic roadster is reborn with the 2021 model

the 2022 mercedes-AMG SL sources many design cues from its iconic predecessors. there’s the characteristic long wheelbase, short overhangs on the body, long bonnet with two power bugles, and the powerful rear end which has an angle particularly reminiscent of the 300 SL. the result gives the car a visually light and low appearance topped off with the sporty roof, opening and closing in about 15 seconds even at speeds up to 37 mph (60 km/h). again, much like the 1952 model, 14 vertical slats line the AMG-specific radiator grille that emphasizes the car’s width. slim, sharp headlamps sit on either side and are mirrored by equally as thin LED rear lamps. 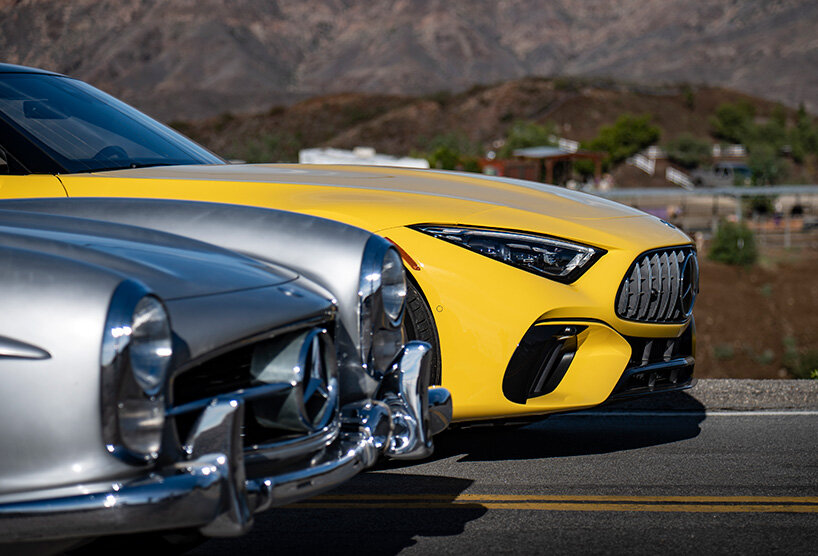 the modern design is reminiscent of its predecessors

inspiration from the minimalist interior of the 300 SL was also taken as new materials were chosen. luxury fabrics and modern composites combine geometrically with digital elements to form a ‘hyperanalogue’ aesthetic. the internal architecture is decidedly driver-oriented. they sit in sculptural yet ergonomic sports seat – finished with progressive seam and quilting patterns – with highly tactile surfaces surrounding. the steering wheel clusters together controls from infotainment to special switches to toggle the driving modes. sitting in the center of the console, the multimedia touchscreen electronically adjusts in inclination from 12-32 degrees to avoid sun glares when the soft top is down. 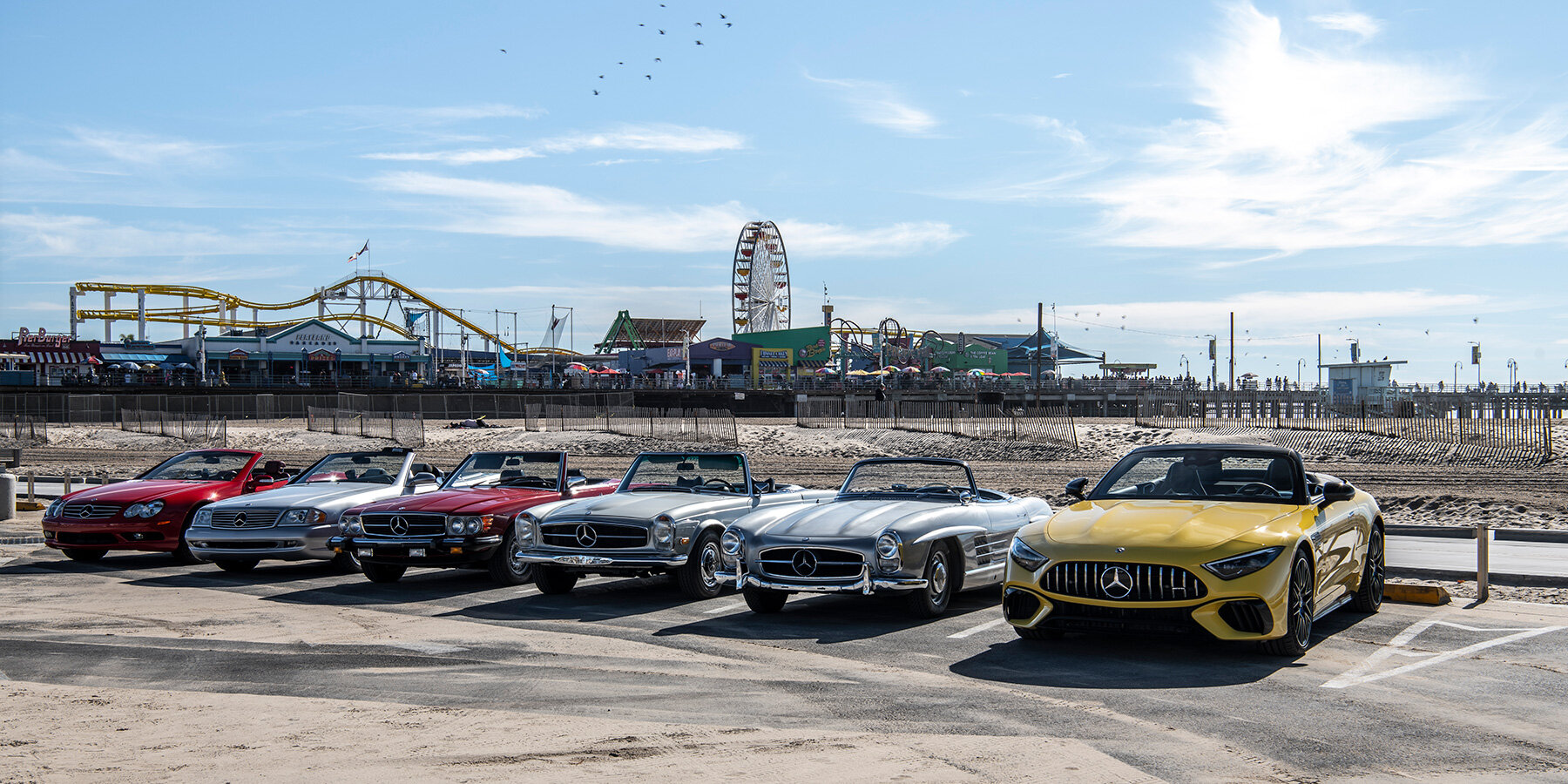 with hands on the wheel, the 2022 model feels, at first, overtly rigid but then a immediate, precise driving dynamic as well as comfort become apparent. this is the benefit of a completely new 2+2 seater vehicle architecture, where no part has been adopted from the predecessor or any other series car. its chassis enhances a lightweight composite aluminum structure, consisting of an aluminum space frame with a self-supporting structure. on top of this, extensive active elements aid aerodynamic efficiency, such as the retractable and angle-shifting rear spoiler. the result delivers low drag and reduced lift, no matter whether the soft top is open or closed. 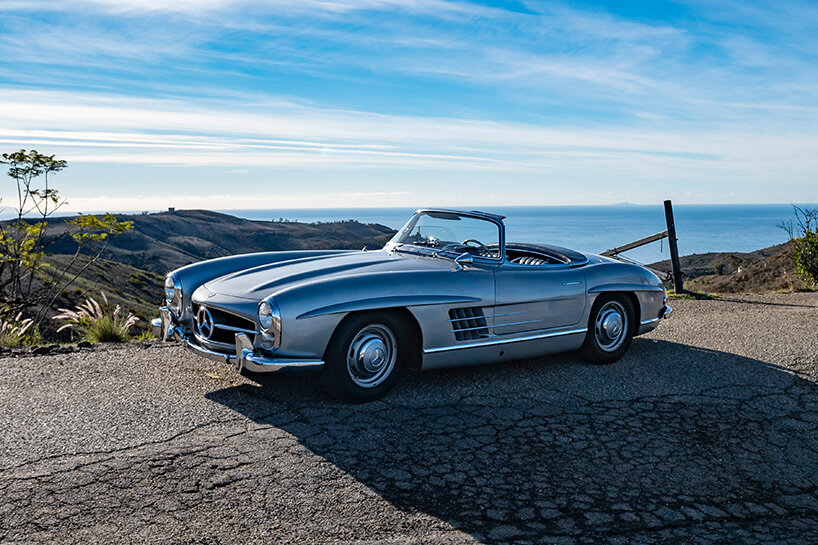 the 2022 mercedes-AMG SL debuts two versions of the high-performance AMG 4.0-liter V8 biturbo engine; both impressive but one more powerful than the other. the top spec – the 63 – outputs 585 hp with a max torque of 800 Nm. this races from 0 to 62 mph in just 3.6 seconds and onwards to a top speed of 195.7 mph (315 km/h). six AMG driving modes help the driver curate each moment of the journey. for the first time in an SL, power can be put down on the road with all-wheel drive. this ensures precise handling perfectly suited for super stylish everyday use. it is definitely the modern rebirth of the roadster. 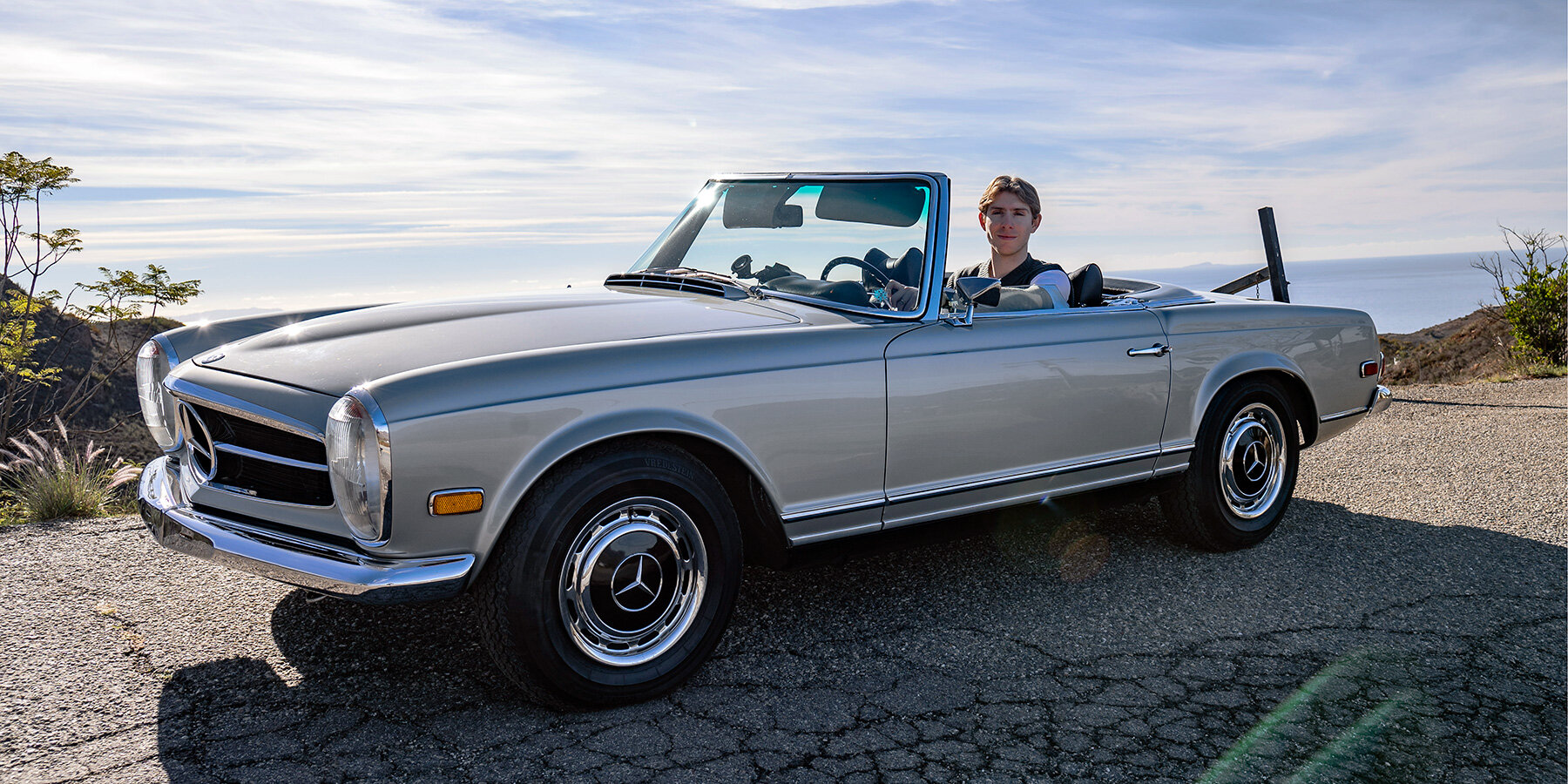 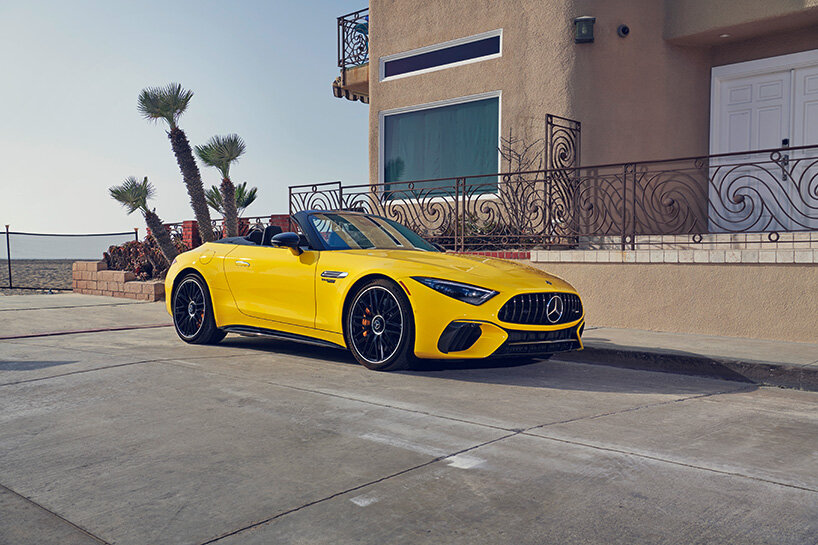 the design is defined by a long wheelbase, short overhangs and pronounced bonnet typical of an SL 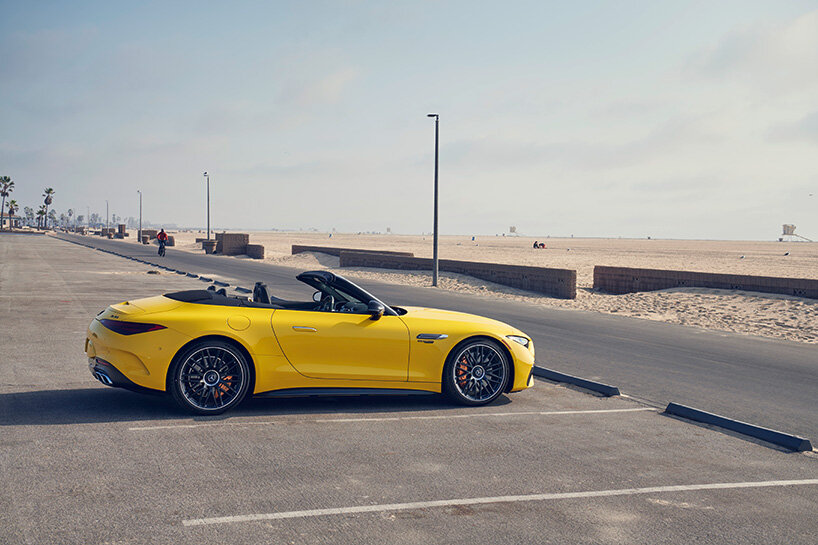 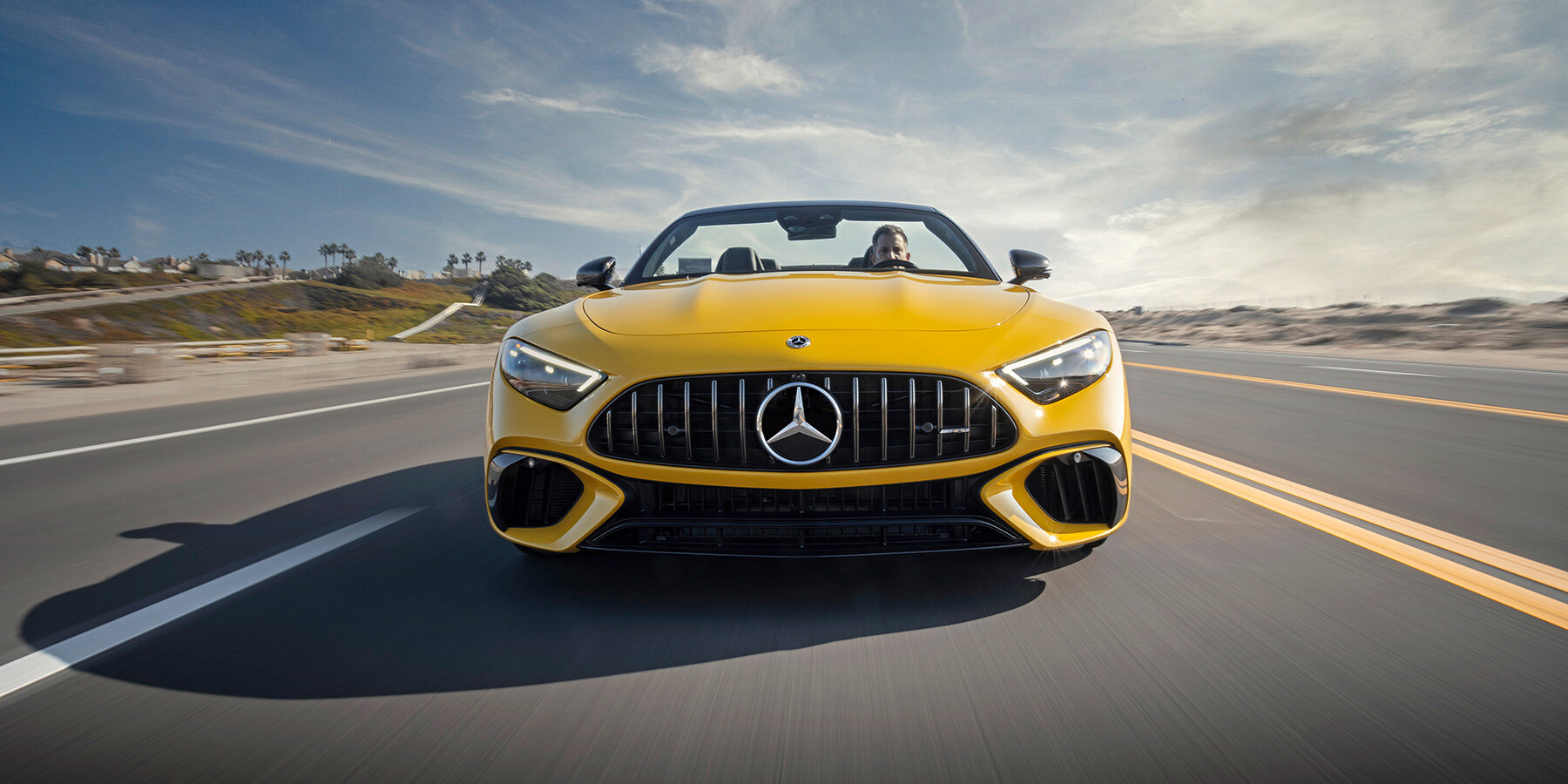 much like the 1952 model, 14 vertical slats line the AMG-specific radiator grille 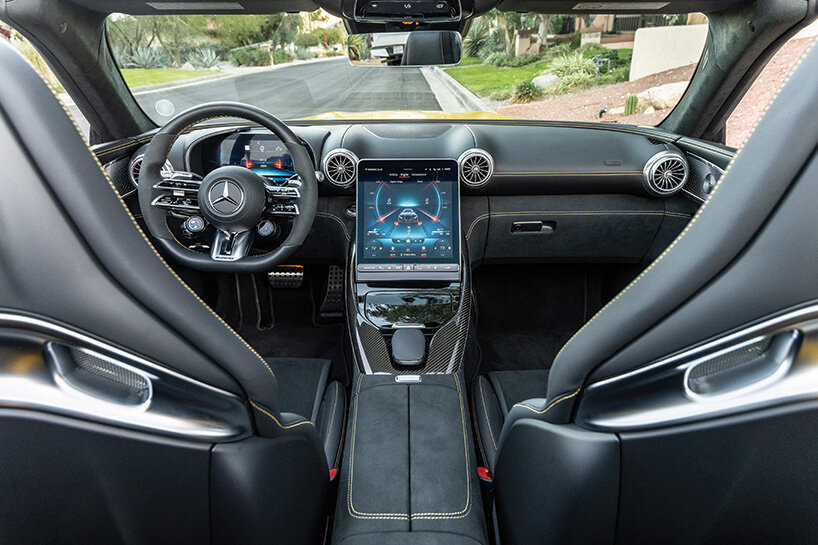 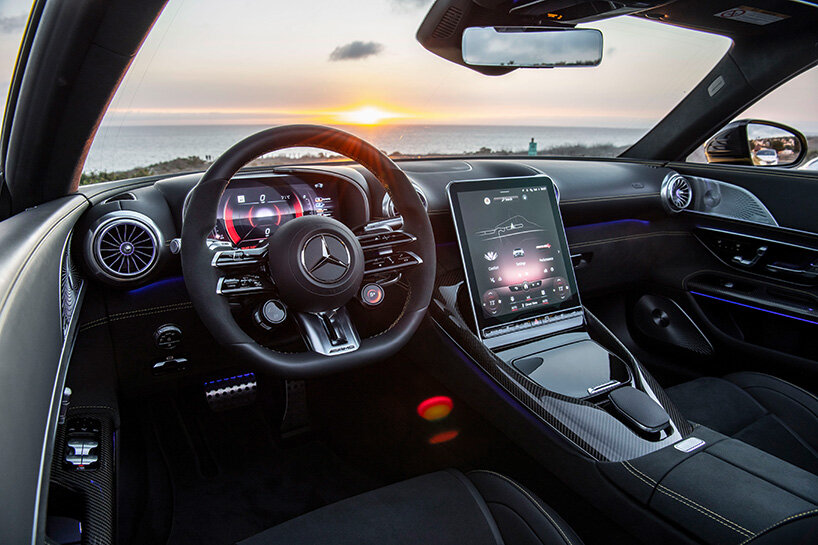 the driver-oriented cockpit is shaped by ergonomic seats, highly tactile surroundings and a racing steering wheel 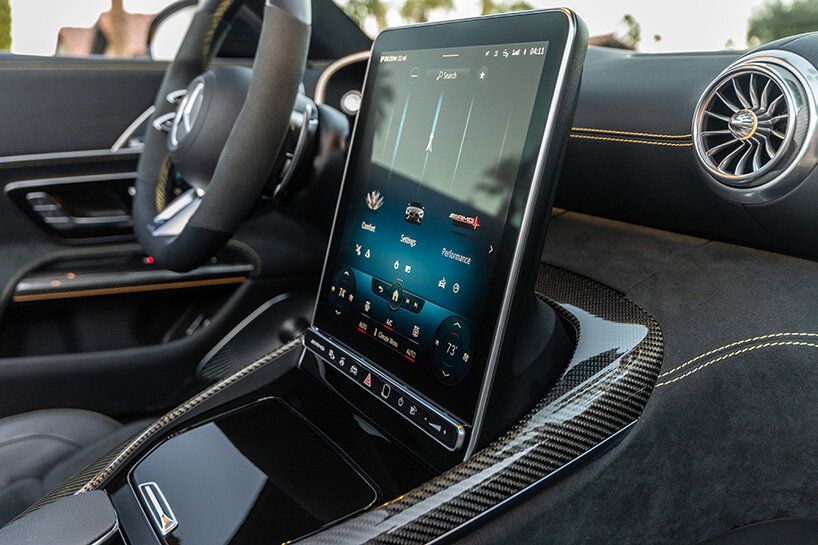 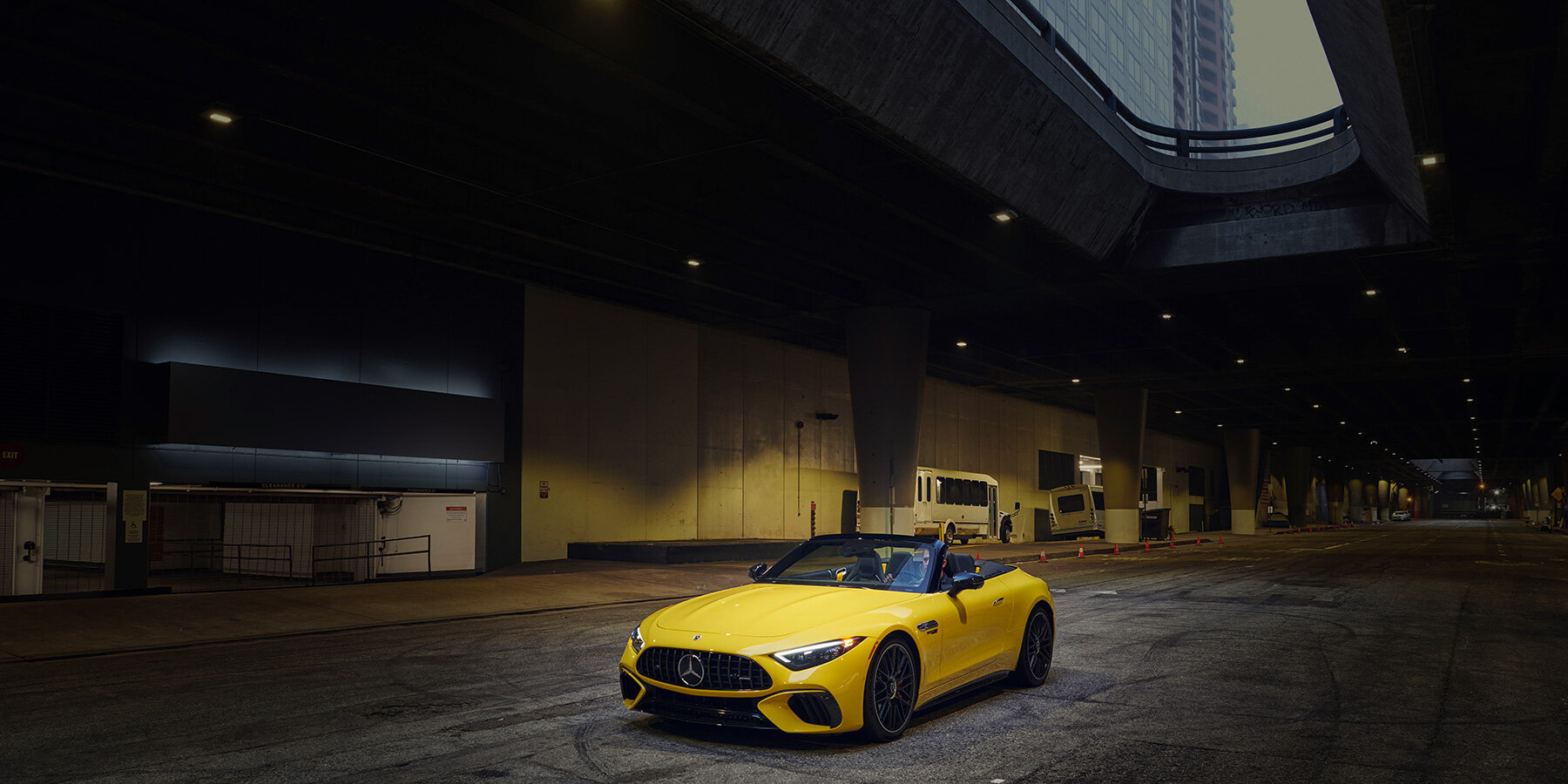